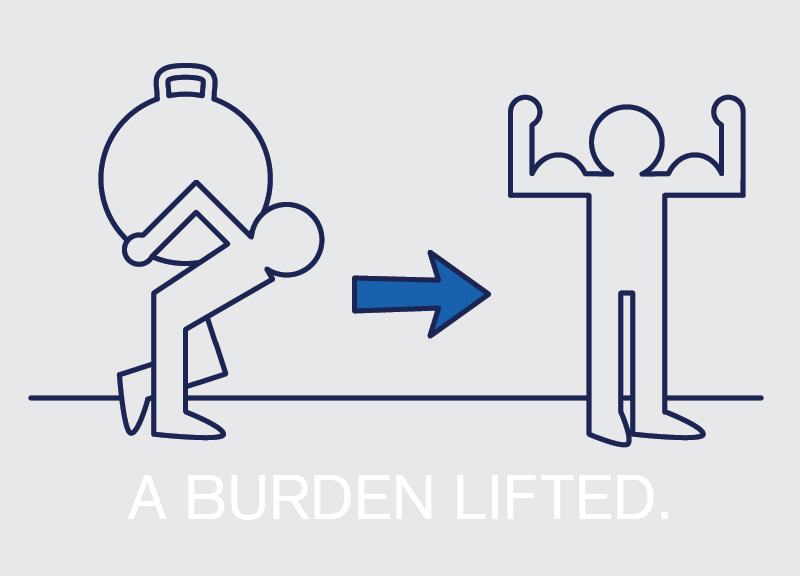 Great. The Mavericks Barely Made The Playoffs. Honestly: Who Gives A Crap?

So. The Dallas Mavericks are back in the playoffs.

After failing to reach the playoffs last season, it's safe to say that this accomplishment means that the Mavs have met their goal from an organizational standpoint. But while reaching the postseason looks good on paper — and, sure the Mavericks, as a business, will rake in a considerable amount of money during the additional home games that will come as a result of this feat — what does it really mean?

Thanks to the way the Mavericks close out the 2013-2014 season, I'd argue that it really doesn't mean much at all.

The team clinched its playoff berth after defeating the Phoenix Suns 101-98 in its second-to-last game of the season. It was like a burden was lifted from the team's shoulders once they clinched — you could see it. And, at the time, their destiny was in their hands. They sat in the seventh seed. One more win and their likely first round opponent would be the Oklahoma City Thunder.

Sure, Oklahoma City is nothing to scoff at thanks to Kevin Durant (who continues to draw the ire of the Based God), Russell Westbrook, Serge Ibaka and a bevy of others. They're extremely talented, and Durant will likely be the MVP of this year's regular. But the Mavericks won the regular season series against them, two games to one. I know: Regular season series' have no bearing in predicting playoff outcomes, but that's an encouraging statistic all the same. Dallas just poses matchup problems for the Thunder. So, yeah, Oklahoma City was the team that most fans wanted to see the Mavs face in the first round. Playing them offered a sliver, no matter how small, of hope. Going into the final game of the season, this was the thought on everyone's mind.

Maybe everyone was looking too far ahead, though. The Mavs' final regular season opponent, the Memphis Grizzlies, like the Mavericks, had recently clinched a trip to the playoffs with a victory over the Suns at the time of said matchup. And that team, also like the Mavs, controlled its seeding fate. Each team faced the same scenario: A win meant playing the Thunder; a loss meant playing the Spurs. Despite what each team said in its meetings with the media, the positions were clear: Neither team wanted to play the Spurs.

San Antonio swept both the Mavs and Grizz during the regular season. Last season, when the Spurs and Grizzlies met in the Western Conference Finals, Memphis was summarily swept. Dallas has fared no better in recent history, having lost nine straight meetings with San Antonio dating back to the 2011-12 season and quashing any memory of what was a once-epic rivalry. Making matters worse for both teams, the Spurs earned the best record in the league this season, going 62-20 and looking poised to return to the NBA Finals.

In other words: Facing the Spurs seems like a clear path toward defeat.

All the Mavericks had to do was get past the Grizzlies for a first-round exit not to loom so largely overhead . But they didn't. Of course they didn't. And, in ultimately taunting fashion, the game even went to overtime. Dirk Nowitzki played marvelously, looking as if the playoffs had already begun. He carried the team. Monta Ellis came up big late in regulation, too, driving to the rim and draining a clutch three.

Sadly, it would all be for naught in the end. Once again, Dallas' worst enemy — its defense (or lack thereof) — reared its ugly head. The Mavericks couldn't get stops as Zach Randolph continually found the bottom of the net and Mike Conley exploited open lanes throughout the night. It was stressful, frustrating and agonizing. It was the quintessential 2013-2014 Mavericks performance.

And it sealed Dallas' fate. Not even a miracle, if you believe in such things, can save the Mavericks from a first-round exit against the Spurs.

To put it simply: This team just isn't good enough.

So, again, I find myself asking a question I've asked all season long: Why do the playoffs even matter for this team? What do four or five more games even mean other than the aforementioned monetary gains? Are there moral victories in sports?

Everyone knows it: Mark Cuban and Donnie Nelson stand at a crossroads. At the start of the season, they hired Gersson Rosas and pegged him as the Mavericks' general manager after he'd spent time helping to build the Houston Rockets back into the successful franchise that it is today thanks to savvy signings and drafts. A sign, perhaps, that Mavs were poised to embrace a similar strategy? That the team would longer would they just headhunt big-name free agents and commit to building for the future? Nope. Rosas left the club after a few months. And the reason for his departure? Well, if rumor can be treated as fact, it was because the brain trust of Cuban and Nelson had no intention of ever giving him any real power.

I understand that change is a hard thing to accept. But this team can no longer put off the inevitable. Change is what this organization needs. It can no longer rest its laurels and get by on merely reaching the postseason. The Milwaukee Bucks did that for a decade, fighting that good fight until this season, all the while stewing in mediocrity and dysfunction. But at least the team got to the playoffs, right? Who cares if they didn't — ever — get beyond the first round?

Um, how about anyone with a semblance of sense?

Going forward, Dallas needs to actually build a core. Plans B, C, D, and Z in free agency just aren't good enough. Nowitzki only has a few years left and while the team currently has some good pieces — Ellis, namely — there are just way too many holes in this roster. Chasing free agents is only one aspect of building a successful team. And while the draft is a guessing game to a degree, it isn't worth ignoring. In recent years, however, that's essentially how the Mavericks have treated it.

Once again, this summer will be an integral one as far as the future of the team is concerned. Nowitzki's contract is up. So, too, are Shawn Marion's, Vince Carter's, Devin Harris', DeJuan Blair's and Bernard James'. Samuel Dalembert only has a partially guaranteed deal for 2014-15. Nowitzki will likely sign a new contract — he has stated as much for some time now, and, if he's to be believed, his new deal will come at a dramatically reduced rate so to help the team with cap space — but whether any of the other players return is anyone's guess.

And, thanks to the bed that the front office has made for itself, it's tough to even say whether they should. Because the team has no first round draft pick this year, Dallas, unfortunately, once again finds itself in a position where it has to focus on free agency again this offseason.

Well, here's a novel thought: Maybe, for once, the Mavericks should actually sign some players worth long-term investments this time around as opposed another group of stopgap alternatives.

This is a franchise that can no longer afford to keep squeaking into the playoffs. That kind of success? It's a red herring. It's not an accomplishment.

My hope is that, as the coaches and players focus in vain on trying to topple the giant that is San Antonio, the front office, rather than celebrate the extra funds this playoff series may earn it, is doing its due diligence on the other fronts.

Otherwise, Nowitzki's final years in the NBA will look a lot like these last two seasons.

And no one — least of all the Big German himself — wants that. 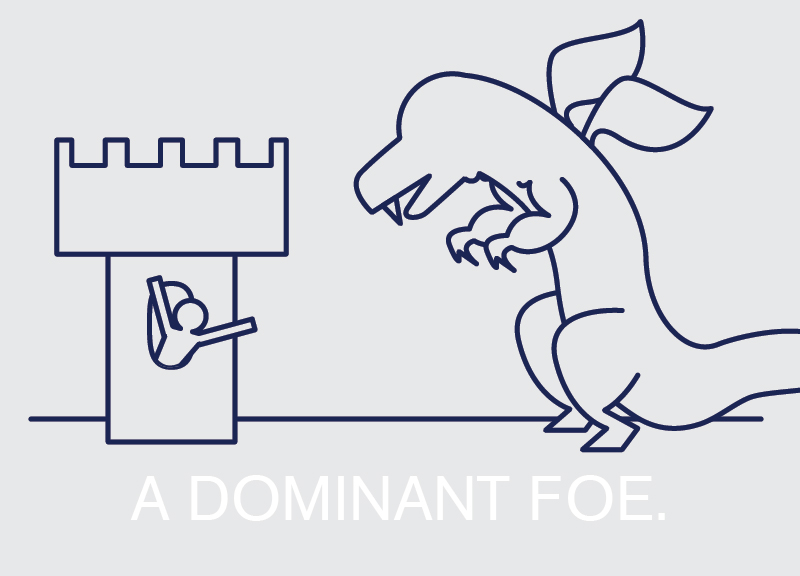 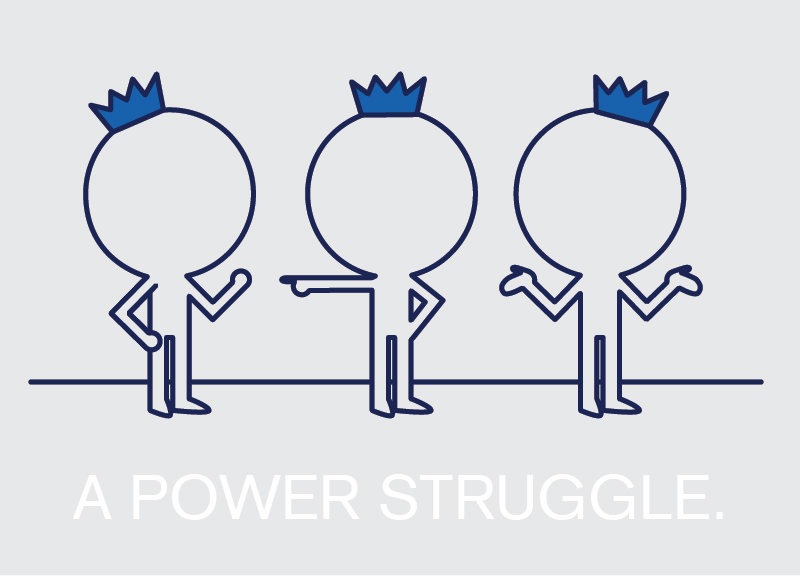 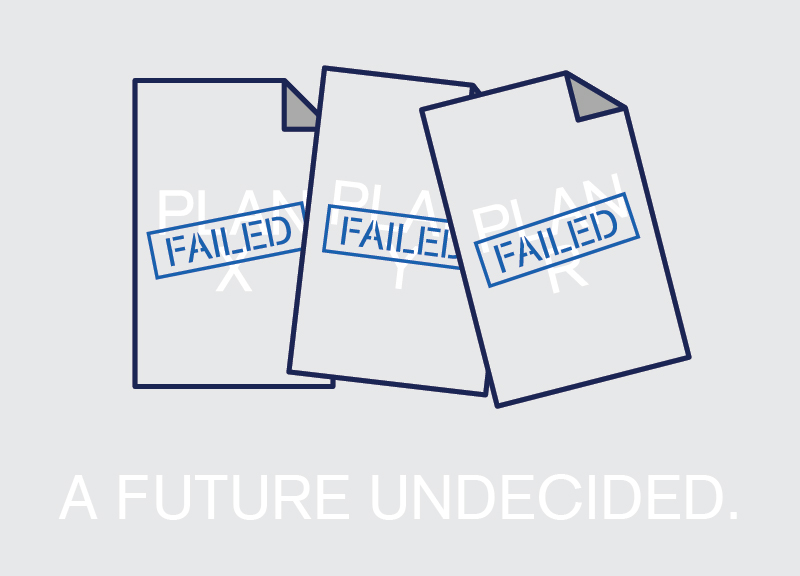