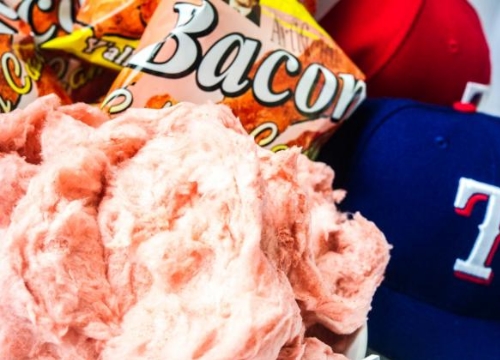 Since the '70s, vendors at Texas Rangers games have been miles ahead of their competitors in the stadium food game. In 1976, you might recall, it was local concessionaire Frank Liberto who developed the squirtable liquid cheese that made stadium nachos a possibility.

More recently, thanks to the minds at Delaware North Companies Sportservice, the team's relished in rolling out items rivaling the deep-fried, calorie-laden ridiculousness of the State Fair of Texas. Recent seasons' new additions have included such idiocratic items as poutine nachos, chocolate bacon waffles on a stick, 24-inch tacos, 24-inch hot dogs, bacon on a stick, frozen beer and a Adrian Beltre-inspired burger that costs $26.

Yes, this is why we're fat.

Earlier this week, the team announced a crop of new artery cloggers for the 2015 season that we figured just had to be made up. Alas, photo evidence proved we weren't being trolled. For 81 home games this year, those with the least sophisticated palates among us can find an assortment of tricked-up new foodstuffs at a pair of almost farcical-y specific new concession stands.

For instance, at State Fare — get it?! — you'll find such fried grub as Fried S'mOreos, which is “a marshmallow breaded in a graham cracker crust that is deep fried and carefully threaded on a skewer between two deep-fried, battered Oreo cookies, then topped with a drizzle of chocolate sauce.” It comes served with a side of Cool Whip, and will set you back $8.

“Fried items in the past haven't done as well as we've hoped, and we think that's because there hasn't been one location to find it,” says Delaware North's Shawn Mattox in press release announcing the new items. “We've now solved that problem.”

Indeed, the company should be applauded for “solving” the problem of folks mostly laying off the fried stuff in favor of healthier options like two-foot-long hotdogs. Other State Fair-inspired items at the stand will include Fried Twinkies ($7), Fried Pickles ($7), Fried Chicken Breast on a Stick ($7), Funnel Cake Fries ($6), Brisket Macaroni-and-Cheese Balls ($10) and Chicken-Fried Corn on the Cob ($5).

Somehow, the company's second new stand is even more ludicrous: Just Bacon will feature — you guessed it! — all things bacon-infused, such as pre-packaged Bacon Cotton Candy, which will cost a cool $7.50.

“Bacon has been trending for a long time now, but the popularity hasn't died down,” Mattox says.

Somehow, that's not even the whole of it. On top of the $10 Nacho Dog (an all-beef frank topped with queso, pico and sour cream), Mattox says even more new additions to Globe Life Park's 2015 food offerings will be announced April 2 — including at least one item inspired by a player.

Hey, anything to distract from the team's play on the field, we suppose. 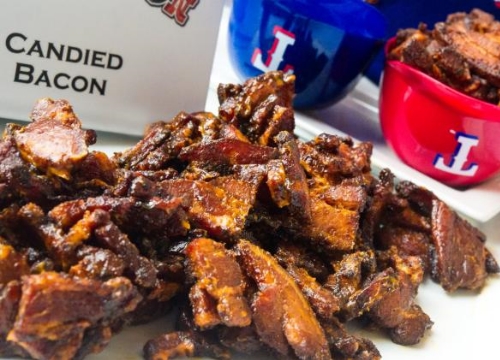 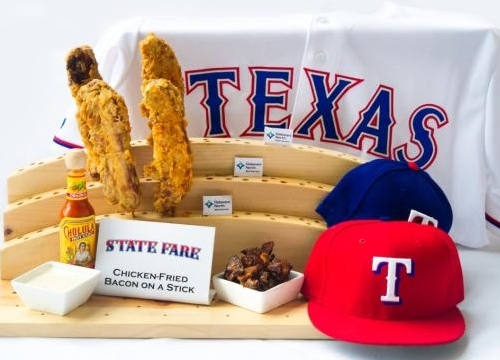 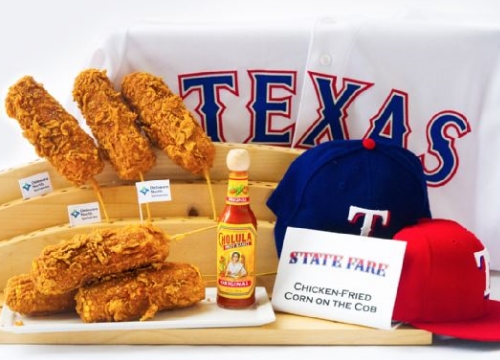 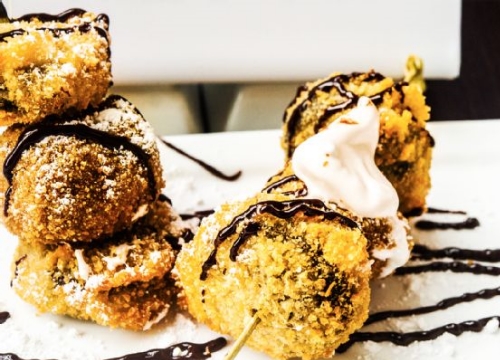 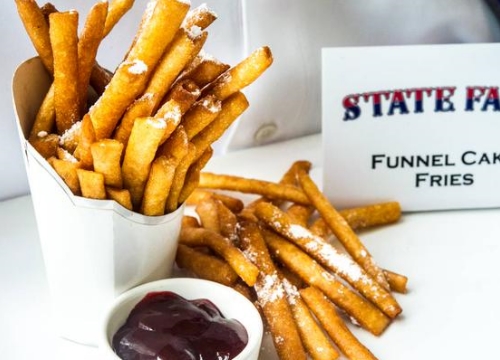 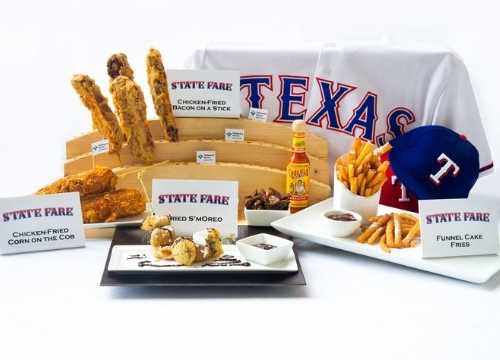 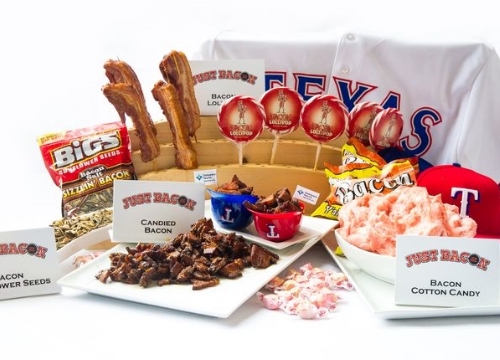