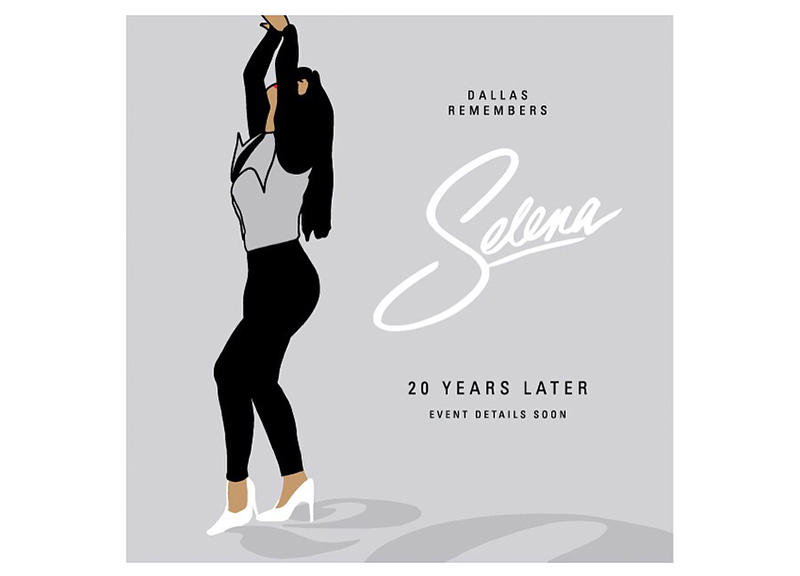 Like any good Texas burgh, Dallas has plenty of love for the late, great Selena Quintanilla. Just last year, you may recall, the Sour Grapes crew expressed this passion for the Queen of Tejano music through a memorial tribute, lookalike contest and party at the appropriately Selena-obsessed Country Burger in Oak Cliff.

That event was certainly a good time. So good news then: Per a Facebook announcement from Sour Grapes’ Arturo Donjuan, that event will be returning once more at some point this year — a year that just so happens to be the 20th anniversary of the starlet’s unfortunate death.

Round numbers aside, the timing of this announcement is appropriate. Just as the noted artists and muralists from Sour Grapes prep this affair, another Dallas muralist of note has completed work on his own West Dallas mural focusing on the singer.

Located near the intersection of Commerce Street and Sylvan Avenue in West Dallas, the self-taught Theo Ponchaveli, who you may recall as the artist behind that Bruce Springsteen-approved John F. Kennedy mural in the Cedars, has produced a gorgeous work representing the performer’s likeness — a painting that, unsurprisingly, has become a quick hit on Instagram.

A photo posted by Oak Cliff Cargo Bicycles (@oakcliffcargobicycles) on Dec 12, 2014 at 6:22am PST

It’s a mighty fine piece — which, increasingly, is becoming par for course for Ponchaveli, who over the summer completed work on a Bishop Arts District piece memorializing the similarly Texas-produced Willie Nelson and the Oak Cliff-sprung Stevie Ray Vaughan.