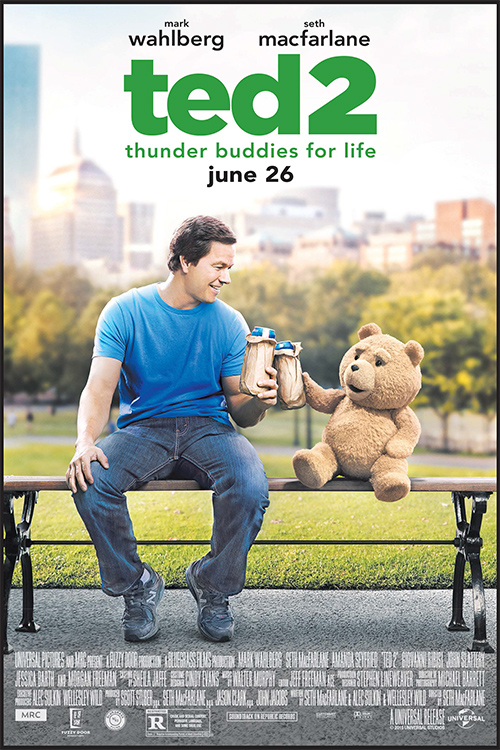 Want A Free Pair Of Passes To An Advance Screening of Ted 2?

OK, so, yeah, the idea of a foul-mouthed teddy bear walking and talking its way through our world is pretty dumb. That's a given. Everyone knows it.

But anyone who actually saw Ted knows this, too: Seth MacFarlane's crazy idea worked, and the movie was way funnier than most anyone expected it to be. And Mark Wahlberg, playing the titular character's slacker best friend? He was a borderline revelation. No, really! He was!

Listen: There's a reason why the movie grossed almost $550 million worldwide — pretty damn good considering it was made on a $50 million budget. No surprise, then, that a sequel's on the way: Ted 2 will be released on June 26, 2015, by Universal Pictures. Haven't yet seen the trailer? Here it is:

Now, the really cool part: We've teamed up with Universal Pictures to present an advance screening of Ted 2, on Tuesday, June 23, at AMC NorthPark 15.

Want to win a pair of these free passes? It's easy enough. Just head here and enter our contest for tickets by 5 p.m. on Monday, June 22. We'll select our winners at random.

Just know that the following rules also apply:
• You must have a valid e-mail address.
• You must be able to attend the screening.
• You must bring a valid government-issued ID with you to the screening.
• You must be 18 years or older to enter the contest.
• Only one entry per person, please.
• Seats are not guaranteed, and early arrival is encouraged. There's no seating after showtime comes.
• The pass you're entering to win is NON TRANSFERABLE. If you win, the pass is specific to you. If someone else shows up using your winnings, that person won't be able to get in. Same goes for your guest; he or she must be present with you in line if they want to get in.