The Old Monk, The Windmill Lounge and Bolsa Share Their Unique Takes On The Moscow Mule.

You’re sitting a bar, looking over the cocktail menu, assaulted with names of spices and bitters and alcohols that you don't even have the slightest goddamn clue about. You glance around woefully at your fellow bar friends, who all seem to be functioning perfectly well in this stressful situation. Panic grips your chest as the bartender saunters over to ask you what you'll be imbibing. Then you remember that article on Central Track that told you about the best cocktails in town and how different spots make them. And you realize that you're good. Because All Mixed Up has your back.

If you don't know a Moscow Mule by taste, you at least know it by sight.

It's that drink that you envy — not because of the contents but because of that classy-as-shit copper mug that they're usually served in. It's the kind of mug that makes you want to drink everything forever.

Then you realize that Moscow Mules can sometimes cost upwards of $15 a pop.

But the Moscow Mule — commonly just called a mule — can prove worth that steep fee. Because it's much more than a mug.

The drink, which is in no way Russian in origin, is the child of PR necessity. It started when an enterprising purveyor of alcohol by the name of John Martin bought the Smirnoff brand off a Russian. He and his buddy Jack Morgan, who owned Cock'n'Bull in Hollywood, both needed to get some of their supplies moving. Martin his vodka, and Morgan his ginger beer.

So they combined their stock and birthed the Moscow Mule. Then Martin promptly began going around selling the idea of the mule — and, by extension, Smirnoff vodka — to bars all around.

The mule fell out of vogue for a spell when America had all those issues with Russia during the Cold War and the Red Scare, of course. But recently — thanks in part to those ridiculously trendy mugs, we think — the mule has once again become a standard in any bar with a cocktail menu.

Ingredients-wise, a mule is something so simple you can make it at home with no fuss. At its core, it's ice with a couple shots of vodka and a pour of ginger beer until the glass is full. A squeeze of lime and/or some lime or mint garnish tops it off. Can't fins a classic copper mug? Just serve it in a Tom Collins glass.

The flavor profile is dominated by the ginger beer — the spritzy carbonated spice of ginger followed by a little bite from the lime. The vodka, unless the pour pretty damn heavy, is almost impossible to taste. So, obviously, it's the perfect drink for getting vodka-smashed.

And though it may be a simple cocktail, bars all around town find ways to put their own spin on the classic recipe.

So we brought you some of our favorites.

Bolsa, that trendy dining spot in Bishop Arts, deserves as much props for its drink menu as it does for its food offerings. And their mule, called the Stubborn Mule, is great — in part because it's such a subdued take on the concept.

The bar, headed by Kyle Hilla, pours its mule with an Ultimat Vodka base. From there, it's business as usual with the ginger beer, lime, and mint. But Hilla also puts a little something extra in.

“We're adding a bit of Velvet Falernum, which sort of rounds out the lime juice,” he says. “It's a sugar cane liqueur based out of Barbados. It has a lot of island spices to it.”

In lieu of pouring the ingredients together and letting them naturally mix, Hilla opts to shake them together to ensure a thorough evenness throughout the cocktail. The result is an even smoother mule that still possesses that flavorful bite from the ginger beer but less of the sting of lime.

Best of all? Yes, they serve it in the copper mug.

Windmill Lounge is known as a bit of a low-key bar. Tucked between a garage and a liquor store, the space is small and denoted by a windmill on the roof.

Despite being a bit off the beaten path from pretty much any other bar in town, though, bartenders at the Windmill know how to pour their drinks. And, like, really well at that.

With their Moscow Mule, they don't add anything beyond the norm in. Instead, they simply modify one of the key ingredients — the ginger beer. That's because Windmill Lounge has a ginger beer that they make in house.

Charlie Papaceno, the man behind the bar, told us about it: “We take ginger ale and we add a little honey, a little fresh ginger juice and a little lime juice.”

The flavor is distinct because of this slight change. This mule doesn't have the characteristically overwhelming taste of the ginger beer. It maintains the ginger spice taste, sure, but the flavor is balanced some by the honey and the carbonation is dulled some, too.

And, boy, is it smooth. Grab a seat in the corner and enjoy it in the dark for a nice, peaceful treat.

Beer is, for the most part, The Old Monk's game. But their spin on the mule is enough of a knockout to change that reputation.

The Molly Mule is poured with Three Olives Vodka and some Strongbow Cider. The ginger beer is Fever-Tree, a European import, and an entire small bottle goes into your drink. Served in a Tom Collins glass and garnished with a lime wedge, this mule has a flavor that is quite distinct.

“Because we're combining the cider with the ginger ale, it's not going to be as spicy,” he says. “It has a little playful fruitiness on it.”

This distinction is quite important: A mule, which is a pretty solid summer drink already, definitely becomes even more desirable during the sweltering triple-digit heat with the addition of the cider. 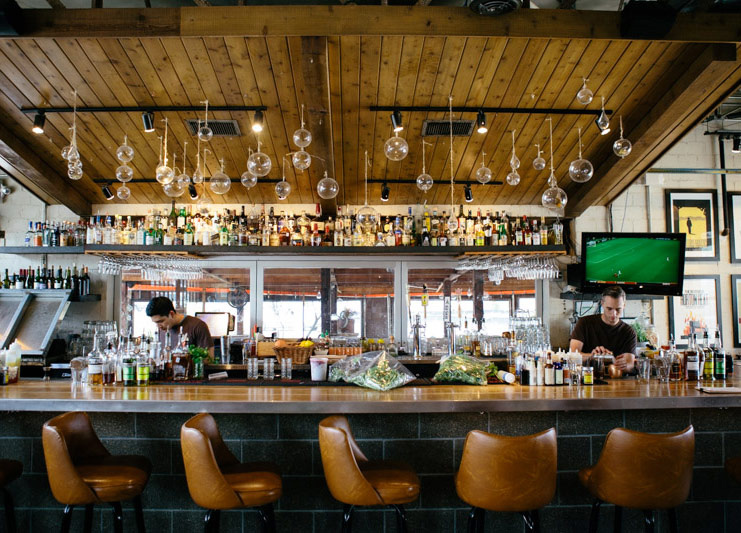 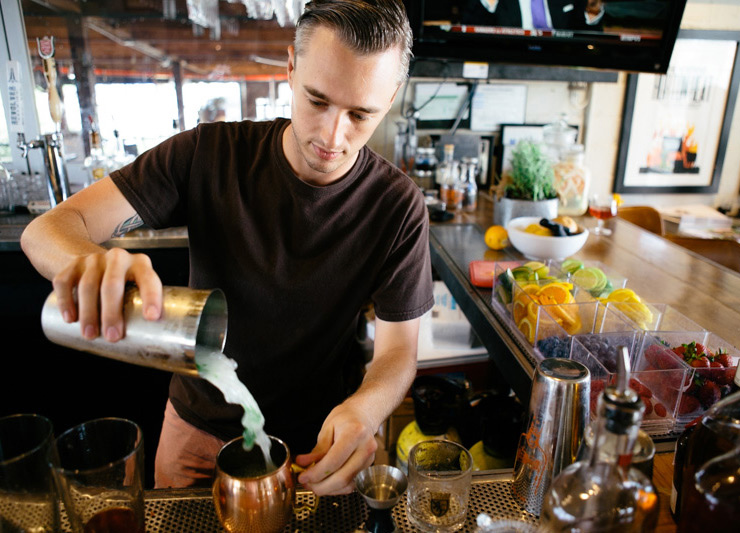 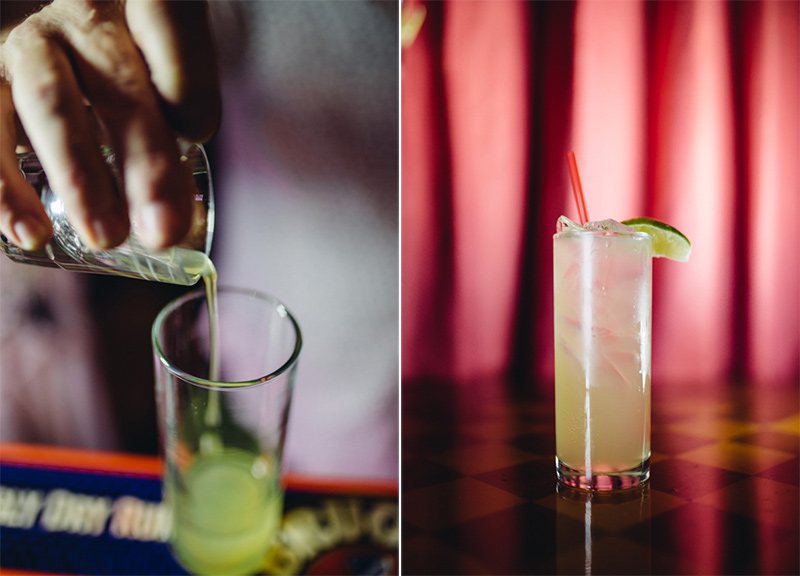 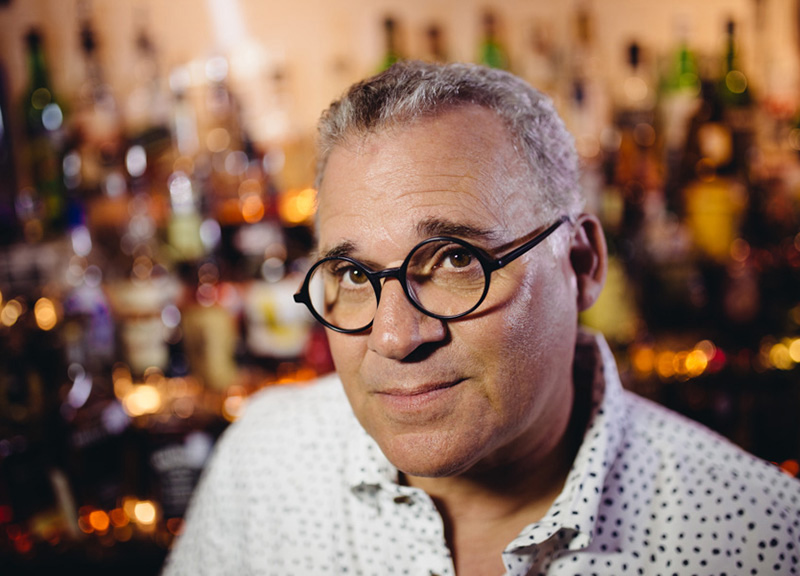 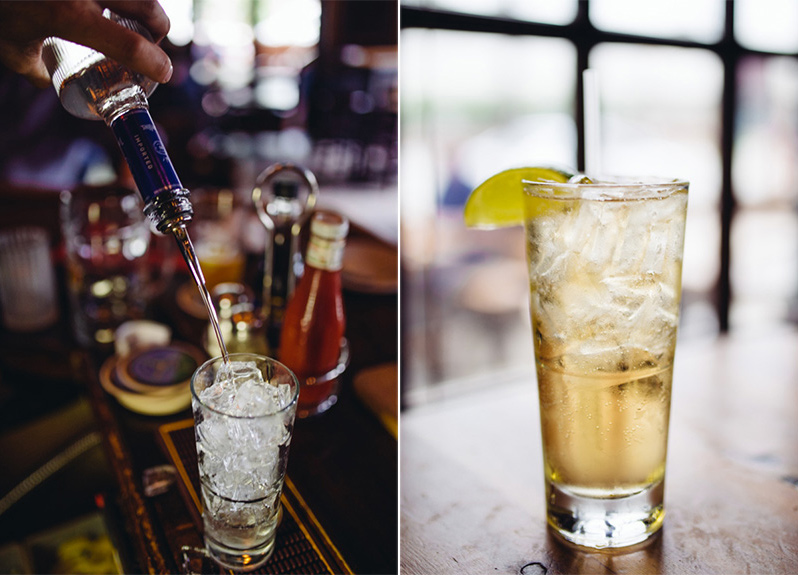 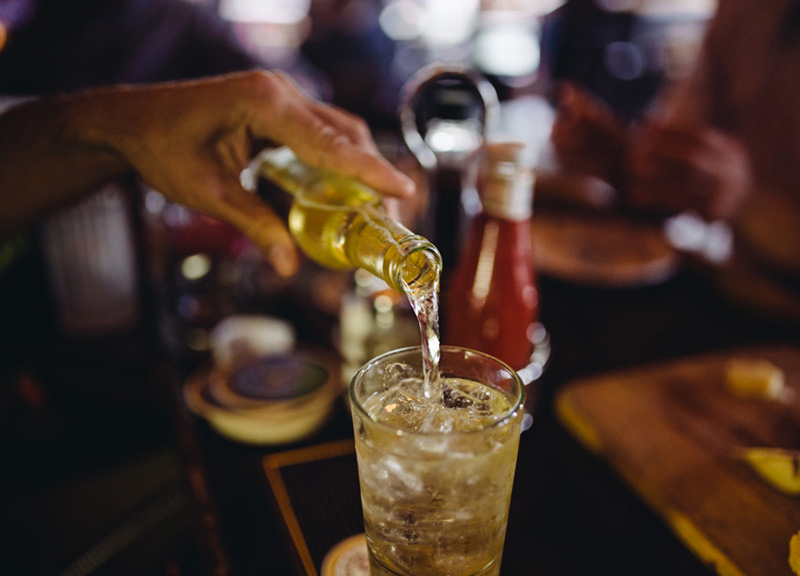 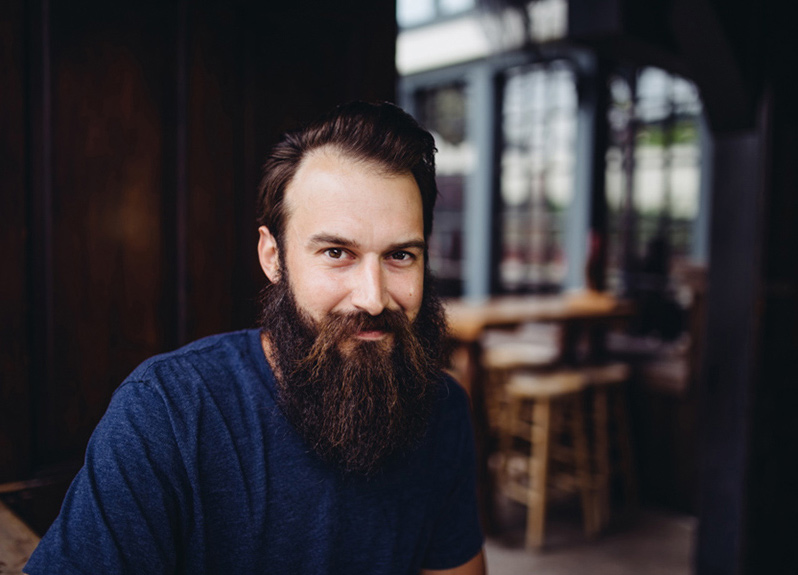