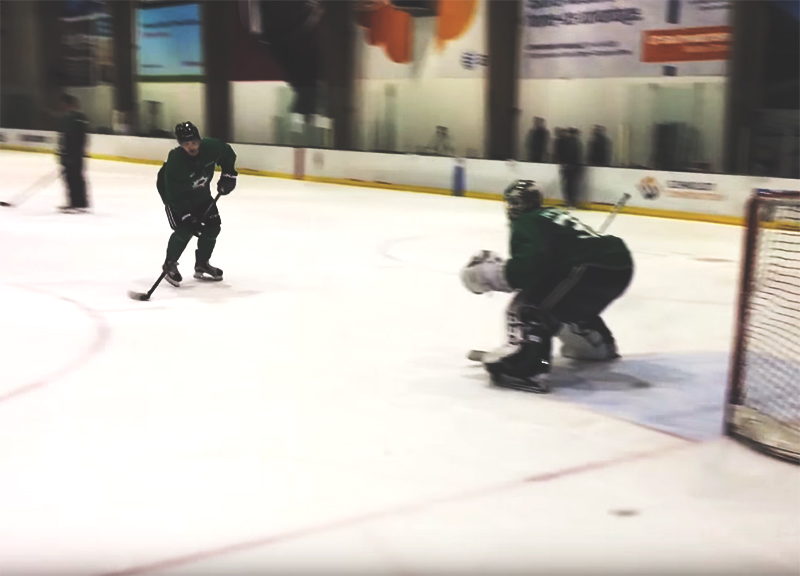 Check Out This Sick Juke One Of The South Koreans Invited To Dallas Stars Development Camp Pulled.

In 1990, when defenseman Jim Paek suited up for the Pittsburgh Penguins in a game against the New York Islanders, he became the first Korean-born hockey player to make it to the NHL. It wasn’t just some cup-of-coffee stint, either; Paek lasted six seasons in the league, even winning a cup with the Pens in 1991.

Later, Paek would serve as the coach of the Detroit Red Wings’ AHL affiliate in Grand Rapids, Michigan, while future Dallas Stars GM Jim Nill was working as an assistant GM in the parent club’s front office. And, ever since, the two have maintained a working relationship as their careers have grown, with Nill making his way to Dallas and Paek becoming director of hockey for the Korea Ice Hockey Association and the head coach of the South Korean national team.

That’s how, this summer and for the second year in a row, a couple of Korean-born players found their way to the Dallas Stars’ development camp. This year, it’s defenseman Yeong Jun Seo and forward Sang Hoon Shin.

And like Paek before them, these two look like they’ve got skills enough to ensure that this is not promotional stunt. Check out the below video for proof, wherein the 5’7″ Shin dekes the skates off of the Stars’ 2014 fifth-round pick Miro Karjalainen before burying a five-hole shot past 2013 second-round pick Philippe Desrosiers during a practice drill. Skip ahead to 0:15 and be prepared to shake your head at Karjalainen’s misfortune in particular:

Whether the Stars offer either Shin or Seo a contract remains to be seen, but you can rest assured that hockey fans will be seeing more of these two in the future either way. Hockey is still a growing sport in South Korea, but when the country hosts the Winter Olympics in PyeongChang in 2018, the country will field its first-ever Olympic hockey team, as the host country is automatically qualified for tournament play.

With moves like the above, maybe they’ll even make some noise.