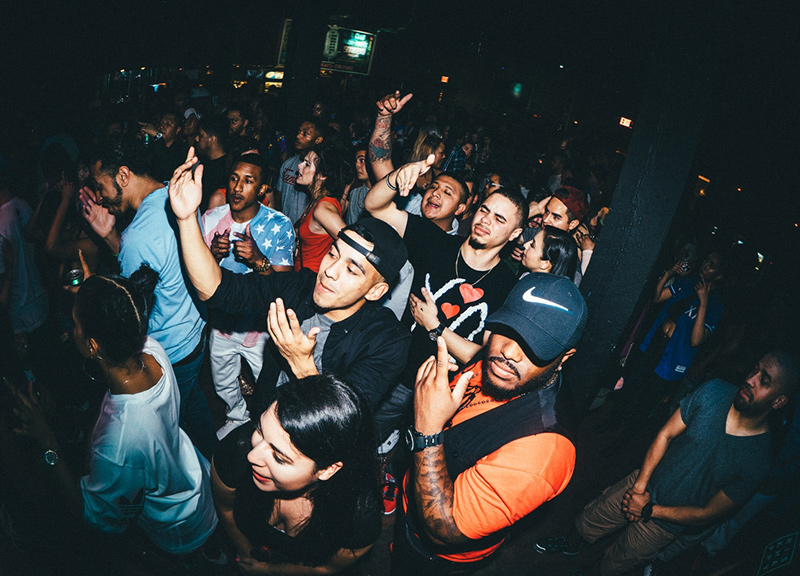 What’s With All The Artist-Specific DJ Nights Happening Around Dallas?

Themed DJ nights are not a new concept, not by a longshot. But hyper-themed ones? Ones that promise audiences that they’ll hear a very specific set of songs — not just from the pool of a single genre, but often from the discography of a single artist?

That’s a bit of a new wrinkle in the fabric, indeed.

It’s also a concept that Dallas is going to be getting its fill of in the next week or so as no fewer than three such events — one locally based and two touring — go down, with each of them vying for the attention of an audience that is seemingly eating up the idea of heading to a venue to hear the music of just one or two artists played over and over for hours at a time.

Is this trend getting a little out-of-hand? There’s no question about that, really. But the bubble is showing no sign of bursting. As capably shown by these three events — two of which will center, at least in part, around the music of Drake — the craze still expanding at a rapid pace.

But why? I imagine that the ease of branding and marketing something so narrowly focused plays a bit of role in this proliferation. Also, if I had to venture a guess, there’s something to an audience taking pleasure in knowing exactly what it’s getting into beforehand, and taking comfort in knowing that there’s no shame in flashing their standom unabashedly in these environments, which go out of their way to elicit such a response.

Still, it has to be said, some of the fun is definitely being lost in the process here. Even in an open-format setting, the best DJs — the really great ones — don’t simply rely on the power of dropping a familiar track at the right time in order to get a room going; they’re also educators forever keen on introducing listeners to songs that hit just as hard, in just the right moment. Every bit as much as DJs abhor requests, they live for the moments when someone in the audience rushes up to their booth, wide-eyed, to eagerly ask, “Yo, what is this?” The best DJs are educators and tour guides. They are not jukeboxes.

Everyone loves a good jukebox, though! Especially in this era of music streaming, when everyone has immediate pocket access to one catered just to their liking. And, furthermore, most everyone’s a fan of the idea of shared experience, which is exactly the ante-upping that events like these hold over listening to an artist radio station on Spotify all by yourself while you’re vacuuming the living room.

Truth is, skeptics of the model can cast uncertain eyes in these events’ direction all they want; what they can’t deny is that these events are ultimately a good time, buoyed by abundant smiles and singalongs that fill the rooms to which they are booked.

So, that in mind, let’s take a scan of the three parties that are coming up in this next stretch and briefly discuss how each one differs from the others.

Event: Drake vs. Kanye.
Time and Date: 7 p.m. on Friday, July 15.
Location: Trees.
Who’s behind it: The Los Angeles-based Lights & Music Collective.
What makes this one unique from the others: Referred to by the Lights & Music Collective as a controvsy (because party is so passe), this touring showcase lists no specific DJs on the bill. All we really know is that they’ll be playing Drake and Kanye songs all night long and that, since they’ve apparently sold a bunch of venues across the country on booking this, hopefully they know what they’re doing. They’d better for $15 a head to get in.

Event: T.I. vs. Ludacris.
Time and Date: 9 p.m. on Sunday, July 17.
Location: RBC.
Who’s behind it: Dallas’ own All/Everything team, which is comprised of rapper/producer/DJ Blue, The Misfit and his frequent collaborator, the DJ/sound engineer John Stewart.
What makes this one unique from the others: The local flavor, for one. The fact that it happens every Sunday night with a different artist or theme, for another. Blue and Stewart have been doing an admirable job turning this into an event that people look forward to week after week, and they deserve props for their extra touches — like the guest DJs they bring in, their music video projections of the acts being highlighted, or like when they brought in an ice cream truck for their All Gucci Everything party. Plus, at $5, it’s pretty affordable. And at least one of our writers thinks it’s one of the best weekly parties in town.

Event: Drakefest.
Time and Date: 11 p.m. on Friday, July 22.
Location: Looks like they’re still figuring that one out.
Who’s behind it: The Appreciation Society.
What makes this one unique from the others: It’s not entirely clear where the Appreciation Society comes from, but just like the Lights & Music Collective team, theirs, which promises that 70 percent of the songs played will be by Drake, is a touring event. And credit it where it’s due: This one looks pretty fun thanks to its promised add-ons, which include Drake cut-outs, Drake stickers, Drake masks and probably a few other things that feature Drake’s visage and might make you wonder why they haven’t yet been hit with a lawsuit from Mr. Aubrey Graham yet. Maybe that’s because it’s a little unclear if this one is even happening? A week out, neither the location nor the ticket prices have been announced. Oh well! At least you’ve got the above options just in case.