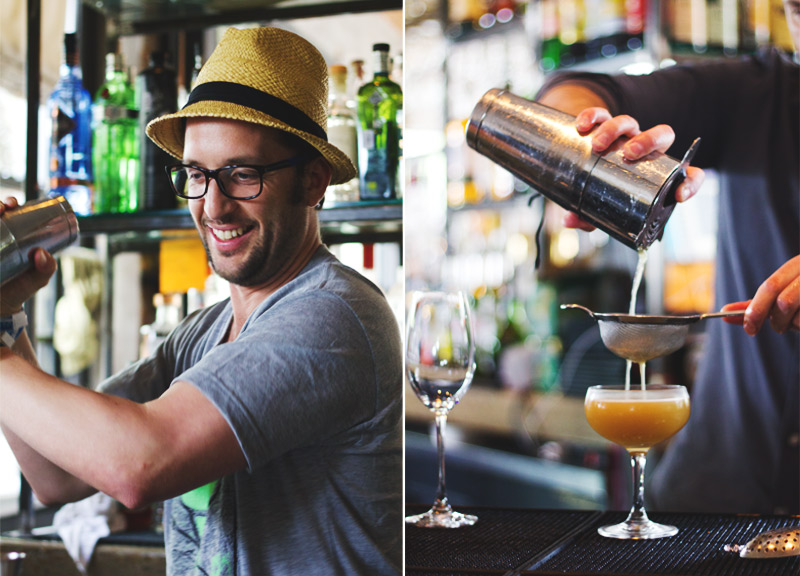 We Talked To A Guy At Margarita Meltdown Who Loves Tequila So Much He Majored In It.

This past Sunday in the Bishop Arts District, the fifth annual Margarita Meltdown proved one truth to be inalienable: People love tequila.

But for most folks, that love starts and ends with the magic that is the Dallas-born margarita. They're not wrong, necessarily; drinks don't get much better than tequila, triple sec, lime and salt, either served on the rocks, straight up or blended a la an adult Slurpee.

But, while the margarita is indeed a great cocktail, it doesn't always give tequila its full due. And, more than that, a lot of common misconceptions just tend to cloud the perception of tequila at large, preventing us from respecting and enjoying its true splendor.

That's where Juan Pablo De Loera comes in. The noted tequila ambassador for Milagro is so learned up on the spirit that he even holds two tequila degrees. And now he puts those to use by traveling the world to educate the public on the differences between various tequilas, as well as their origins and how they're made.

And while we tried a number of great cocktails at this year's event, just as we had at previous ones, we left most impressed with this dude and his vast tequila knowledge. Here's what he told us.

How did you go about getting a tequila degree? What made you want a degree in tequila specifically?
I think we have to start a little with where I'm from, how that even became a possibility or an option. I'm from Guadalajara, which is the capital of the state of Jalisco. My family — parents, siblings, everyone — is from Guadalajara, and it was a bit of a coincidence that I began working at a tequila company as a public relations coordinator. I fell in love with it. I fell in love with the production of it, the heritage, the cultural legacy that it has. I started going to the agave fields often when we had different visitors coming — from bartenders, bar owners, distributors to even government control entities [like] liquor control boards in the U.S. I spent a lot of time in the distillery, in the agave fields, speaking from everyone to the agave harvesters, all the way to the people in the bottling. I became a tequila geek, if you will. I took a six month-long course, which was basically Fridays and Saturdays, with the Tequila Regulatory Council and Universidad Autónoma de Guadalajara, and [I also got] a tequila technician degree.

Do you feel like you would've entered into this field if you weren't in public relations prior?
It was a good stroke of luck. I did spend time growing up in the U.S. in Texas, but university was always in Guadalajara. So I said that, whatever it is that I do, I want it to have an international exposure — that's the only way I'd stay in Mexico. Otherwise, I was offered different opportunities in China and some in the U.S. But, actually, it was a friend of mine, who was the CEO of the tequila company. What they really wanted, initially, was a pretty girl to lead the distillery tours so that visitors could enjoy their visit. I had known about this vacancy for months, and my friend said, “You're definitely not pretty, and you're absolutely not a girl.” So that was out of question, but I approached him and said that I could be more than a pretty girl — I could do PR, I can do education, I can help sales. So, that's what I did. I believe I was in the low 30s of the candidates that he interviewed and, according to him, it was one of the hardest interviews he'd done because we were friends first. He wanted to be as objective as possible to the pool of candidates. I'm pretty sure I didn't let him down.

Being from where tequila originates, how does the culture there compare to the U.S. and abroad?
They always say that no one's a prophet in his own land. The interest in learning and diving into what tequila is, there's no place like the United States. In Mexico, we don't drink margaritas. We drink Palomas and tequila and soda, which we call Pintados, with a splash of Coca Cola. Over there, it's much more like the reason people drink single malts — it's for the elegance. People there, unfortunately, choose their tequilas more for the brand, rather than trying to understand where and why it was made. The cocktail culture is just starting to grow, especially in Mexico City. To me, it's pretty phenomenal that I get to be in the place where we have some of the best people in the trade in the world. And the consumers as well, people that are interested in what is it that they're offering for the consumers, and what it is that they're buying for themselves. The image on tequila is very different in the two countries.

Out of all the tequila cultures that you've explored — other than Mexico and the U.S., I mean — do you have a favorite experience overall?
Tequila has taken me to South Africa, Turkey, Cuba. Cuba was pretty unique. I remember particularly a seminar where one of the attendees came up to me after, very humble, very honest and sincere. He said, “Thank you so much;” [He] didn't know how much work went into it. He said, “I always thought tequila was made out of corn.” They're a neighboring country to Mexico. They're kilometers away from our Caribbean border. Tequila was very foreign to him. Moscow was pretty fantastic, and Kazakhstan as well because tequila is extremely exotic.

Are there any places where tequila is just particularly rare or the culture is just different than you'd expected?
I was blown away how tequila has been very well-accepted in Greece and Turkey. Moscow consumes a lot of domestic spirits — almost always vodka. Even here in the U.S., people who have yet to experience a good tequila, the first thing that they'll say to me is, “Oh, when I was in college…” or things like that. I'm sure it was a while ago when you graduated from college, and I'm sure your palate has changed. Tequila has changed. This country has the best spirits — and a lot of people to be educated.

What are some of the biggest misconceptions people have about tequila?
I still get the whole worm thing. Many people, surprisingly, don't know that tequila has a designation of origin, that it can only come from certain states within Mexico.

What are some things about tequila that you would tell a tequila novice — or someone that had a bad experience in college?
I admire the people that, after having those experiences, come back and give themselves opportunities to just taste tequila. Many people will just smell it and automatically get that gag reflex. I tell them that I know it must be tough, but to give themselves the opportunity because it's a spirit that has come a long way. I think the best way to do that is to put several tequilas side-by-side, so you can actually smell and taste the difference.

There's a growing trend here in Dallas and in other places where a lot of food establishments are focusing on a tequila aspect. How does that make you feel as a tequila ambassador?
I couldn't ask for more. The fact that, little by little, we as a tequila industry have been able to translate that to both the consumer and the trade, that tequila merits being in the best cocktails? It's phenomenal. People are understanding that they can absolutely not drink more, but drink better, and that's also a big win. I tell people that my competition is not other tequilas, it's other spirits. If someone already drinks tequila, they're more than likely open to tasting other tequilas. My thing is sharing with people who don't drink tequila, and getting them to understand what the agave spirit world is all about.

Would you say there's any one spirit that's the biggest competition to tequila?
That's a good question. I could tell you that in Mexico, in particular, whiskey is tremendously big. It's probably the fastest growing spirit. It's the image thing. It's a foreign spirit. It's almost like, in Mexico, if someone has money or wants to bring their father-in-law a bottle, it's more likely they'll bring them a high-end whiskey than a high-end tequila.

Is there one thing in particular you tell people to win them over to tequila?
Think about this: Let's say I love vodka, and I'm crazy about vodka, which I do enjoy. What happens when I have a friend over, and he says [he] doesn't like un-aged spirits? There's no other vodkas you could really taste. When you're in whiskey, and you have a friend that says they don't like oak when it ages. There's [really] no whiskey. Tequila is so diverse in that sense. To understand what a beautiful culinary experience tequila and food can be, if you're someone who already enjoys high-end spirits, you're absolutely going to love high-end tequila. 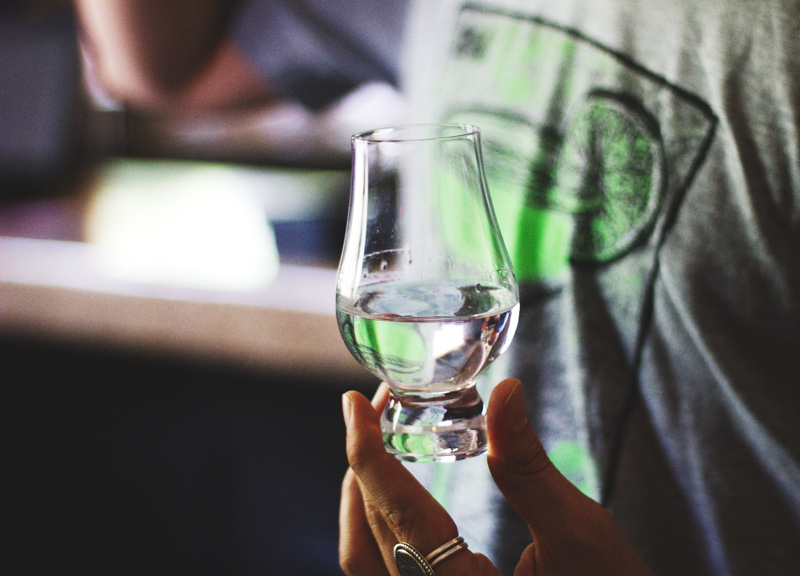 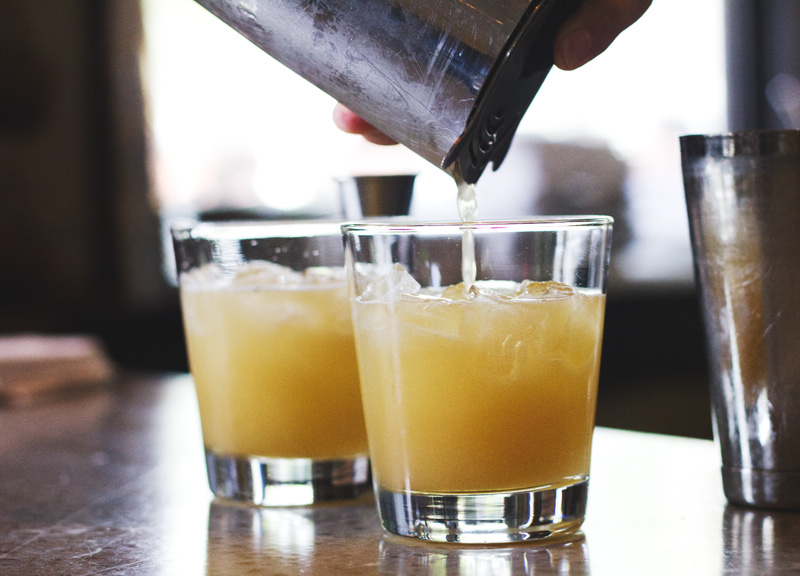 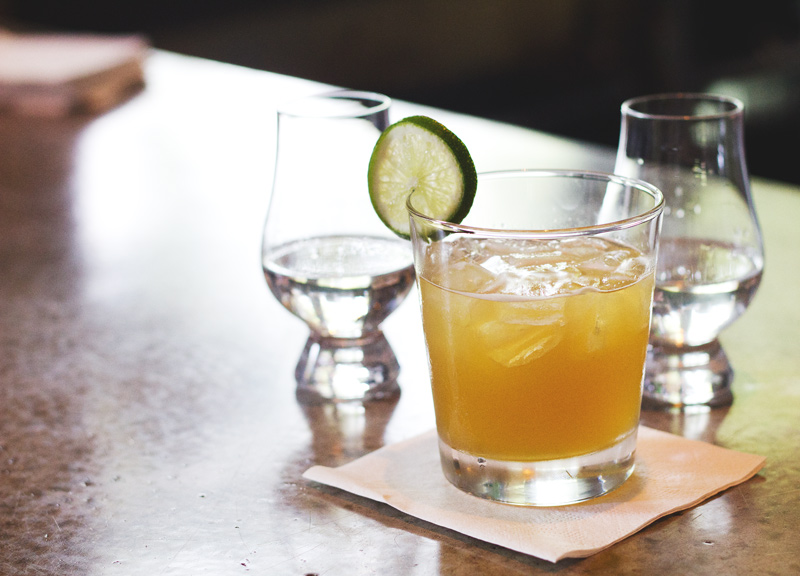 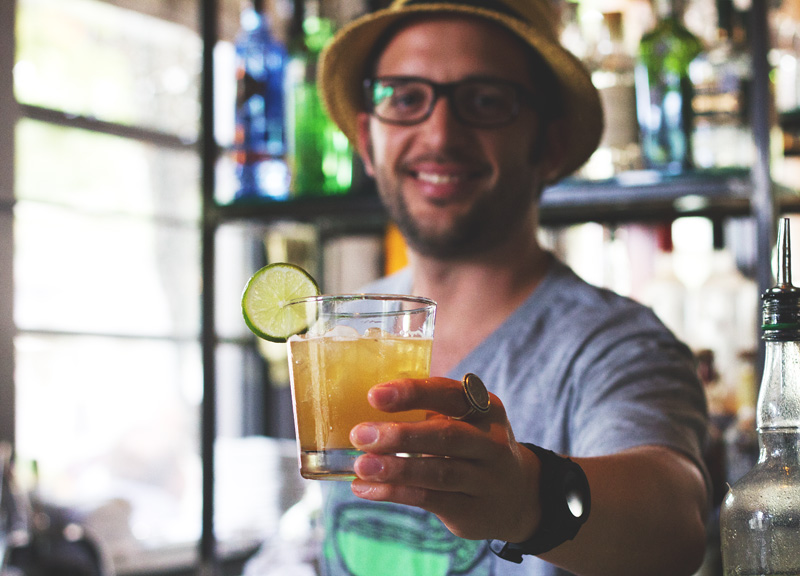