An Anonymous Photographer Is Turning Downtown Into An Art Gallery, Posting Photos Without Permission

Since the beginning of the week, an anonymous Dallas photographer has been doing his best to bring the city center, its people, a little perspective and the interaction between all three of these things into focus with a unique public installation effort.

The project works something like this: The photographer, who wishes his identity to remain a secret for now, is posting high-quality photos Downtown in front of the very areas he originally photographed. His installed images are then in turn put in front of cameras, too, so audiences' reactions to sharing the perspective that the artist once had himself can then be caught.

The idea is to allow Downtown inhabitants and workers — or just people that may have walked past these spots a million times in their lives — to view the city in a different light. Quite simply, he hopes to get people to see and think about their surroundings more critically.

“This experiment is by no means for fame,” the photographer tells us via an email exchange, assuring us that the photos used will only bear the name of the project — “Observe Dallas” — rather than his own. “I also want to clarify that I am not doing this because my work won't be shown any other way. I have a solo show coming in October that will be up for four weeks at one of the top galleries in Dallas. I've [won awards]. I have several thousand fans online that subscribe to my online posts. I make a great living as a full-time photographer. [But] I have always wanted to do something of this nature, and the overall project — that has taken me internationally — has given me that opportunity.”

Before his current attempt at this ongoing project in his hometown of Dallas, the photographer says he has already run similar installations in Sao Paulo, Chicago, New York, Seattle, Portland, and Washington D.C., among other locations.Still, the chance to do it where he lives had an appeal all its own: “I would like to show that Dallas is just as beautiful if seen with the right light,” he tells us.

As such, the photographer will continue to post photos around the city sporadically and until he has posted eight photos in total. So far, this week alone, he has posted three — the first at One Main Place, a second at Henry C. Beck Park, and a third at the Pearl Cup's Arts District location.

The results to date have been something of a mixed bag, at least from an objective standpoint. Passersby took in the images, but, within hours, each photo was stolen.

But that's all fine from the artist's perspective, he swears. He just wants a reaction — any reaction.

“I am fascinated by the architecture and the concept of a civilization springing up from some central location,” he says. “Downtowns almost always contain all the major financial institutions, buildings for the purpose of trying people for crimes, art, culture and local history. It's also striking to me in the irony that most local government and financial power is concentrated in these centers, but yet it also has the most diverse group of citizens – young and old, the wealthy and the poor. Everyone walks side by side with one another and amongst one another. Once the downtown area is departed, classes and society become very fractured and separated.”

“I think Dallas has a lot of potential as a city of art and music, but is stifled by the lack of allowance locally for it to be seen, tried, and experimented with — unless it is in a approved location,” he continues. “This is what brought me to the idea of making the whole downtown area of Dallas an open gallery… I did this experiment as a way of rebelling against the segregation of what is considered 'art' in Dallas. These [places and buildings] should be for everyone, for the masses, for them to interact with and experience — without a city permit.

“There should be art everywhere in Dallas' center.”

All photos courtesy of the artist. 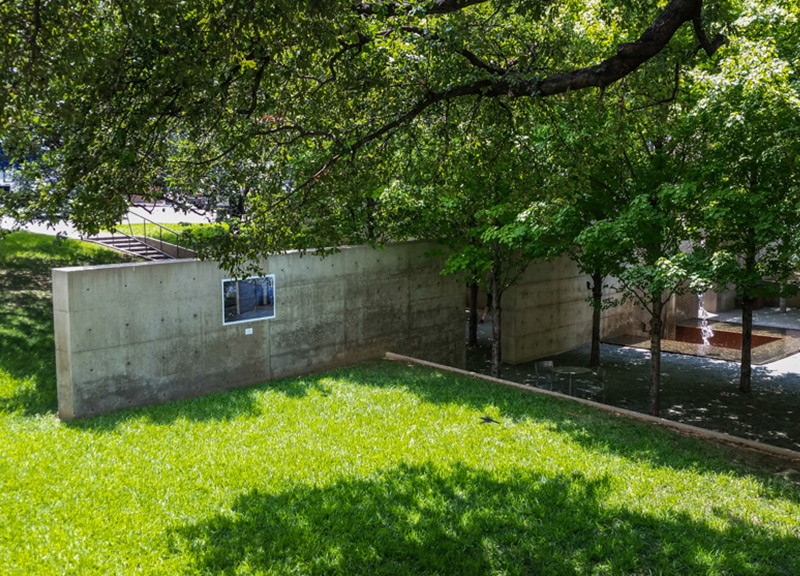 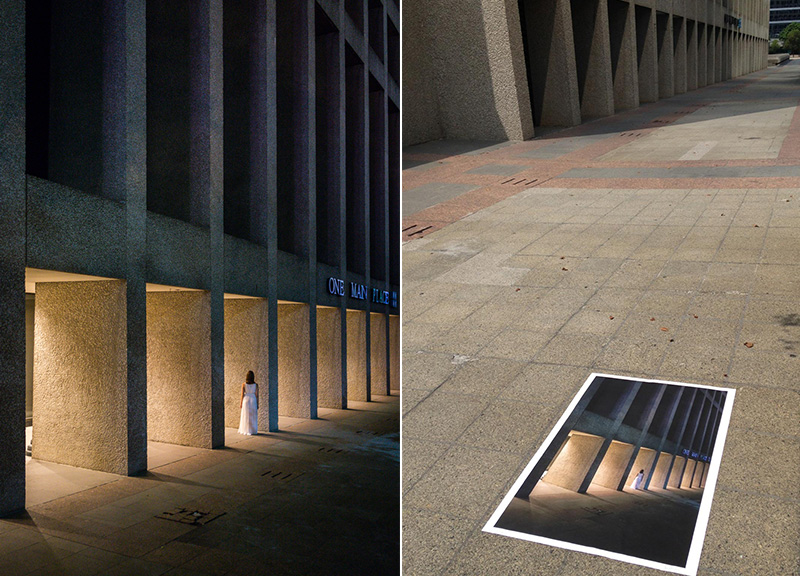 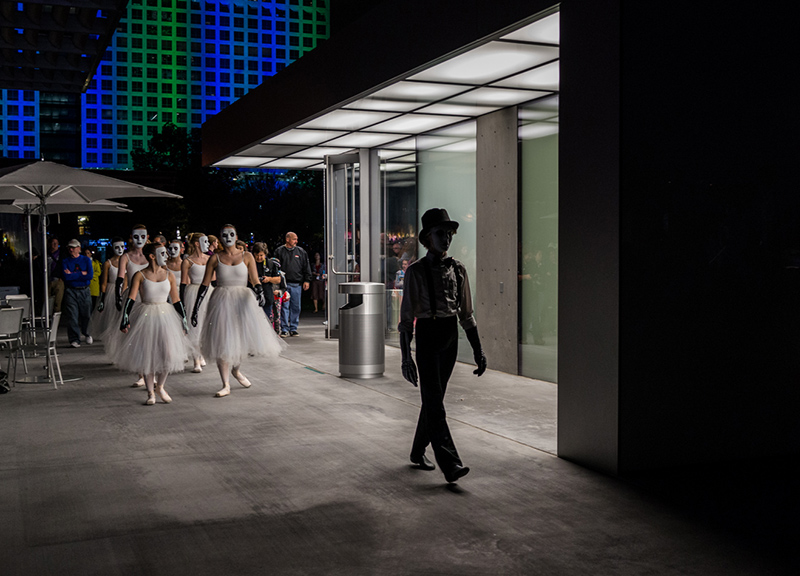