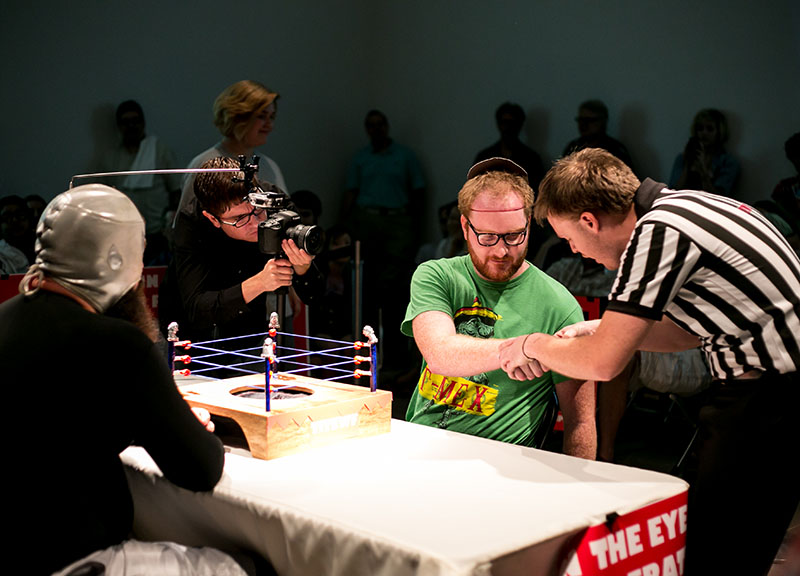 A hefty crowd packed the Mary Noel and Bill Lamont gallery at the Dallas Museum of Art for the final installment of the PSWxEdu Workshop — “Sport + Persona in Performance Art” — yesterday evening. Despite the carefully crafted name, the event really boiled down to this: The DMA hosted the first-ever Thumb in the Eye Wrestling Federation's championship last night.

Yes: It was a thumb wrestling competition. With all the hoopla of a WWE pay-per-view.

At the event's start, ringside announcers Skip Lovetree and Johnny Flatiron Risotto introduced the night's contenders, Iron Sides and Keegan Arnold. The anticipation was palpable as a referee's careful inspections of both contenders' thumbs. And, then, after the traditional, “One, Two, Three, Four I declare a thumb war!” chant, the bout was underway.

And then the chaos began.

From the back of the room, crowd member Ryan Clarke loudly began expressing his discontent for Iron Sides and was met with aggressive responses from both the referee and Sides' entourage. With the referee distracted, an interloper named Captain Kaiser took the opportunity to take out Iron Sides and give Arnold a much-needed advantage. After a few stomps to Sides' guts, Kaiser mistakenly took a few seconds to bask in the glory of his mischief and Sides was quickly back on his feet with a bell in his hand — and he slammed that square into Kaiser's back, leaving the large man flat on the gallery' sparkling tile.

A ladder came out next. With Kaiser on the floor, Sides attempted to sneak up the ladder to snatch the hanging title belt for himself. But, just in the nick of time, Kaiser caught him, delivered a few backhands to the face then the two men tumbled down, splitting a table in half.

Seizing the moment — and with the referee finally with his wits after being thrown around by nearly everyone in the room — Arnold jumped on top of Sides to get the cherished three-count and earn himself title of the first-ever Thumb in the Eye Wrestling Federation champion.

The match was a crowd-pleaser to be sure. And, really, the competitors delivered a hell of a performance.

Captain Kaiser's intentions for the event were satisfied, at least. After the set, he explained the benefits of bringing together wrestling and museum culture. 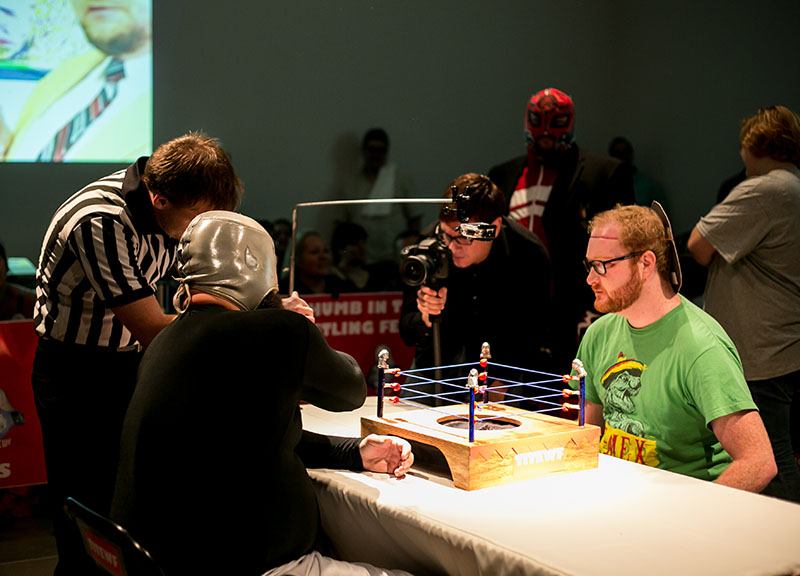 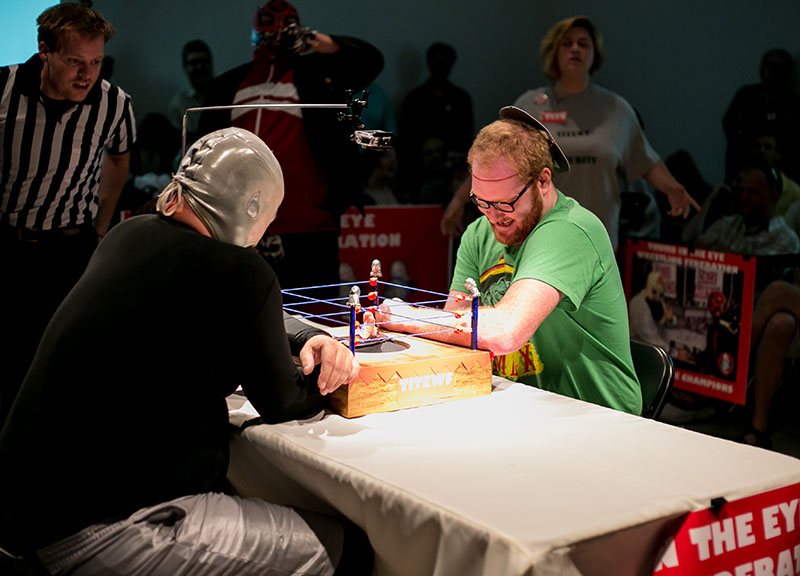 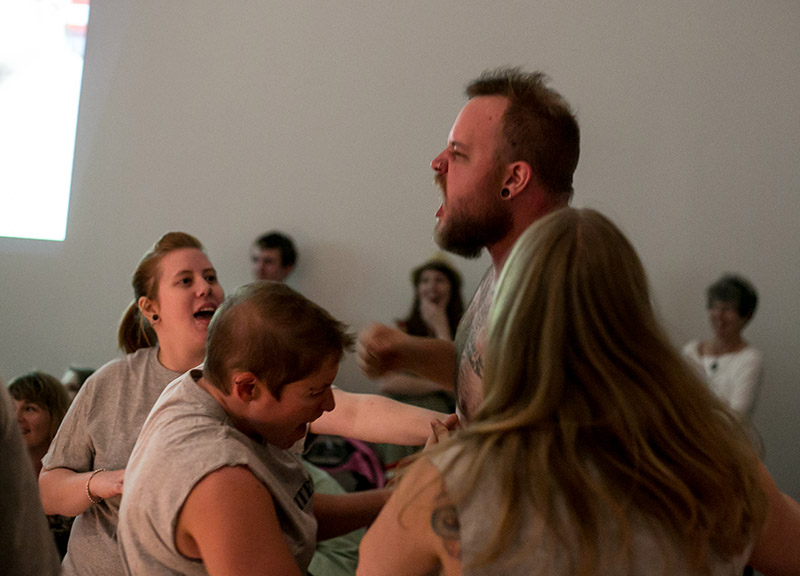 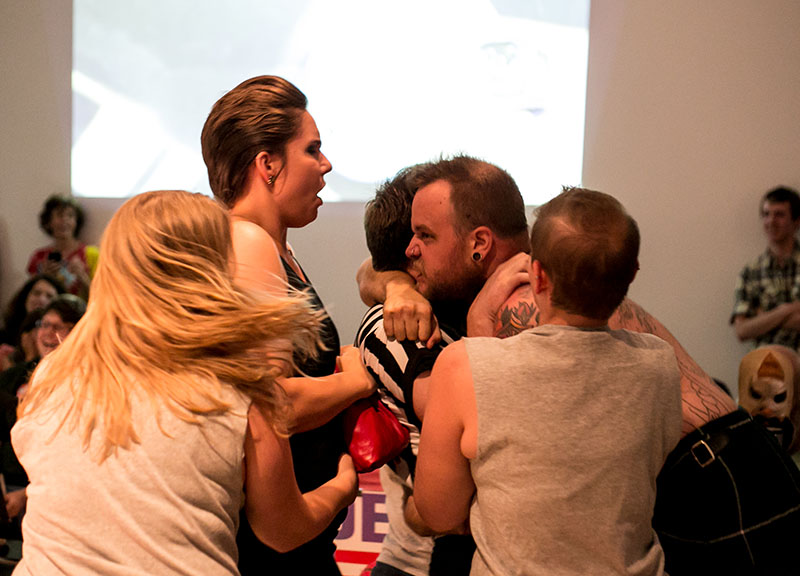 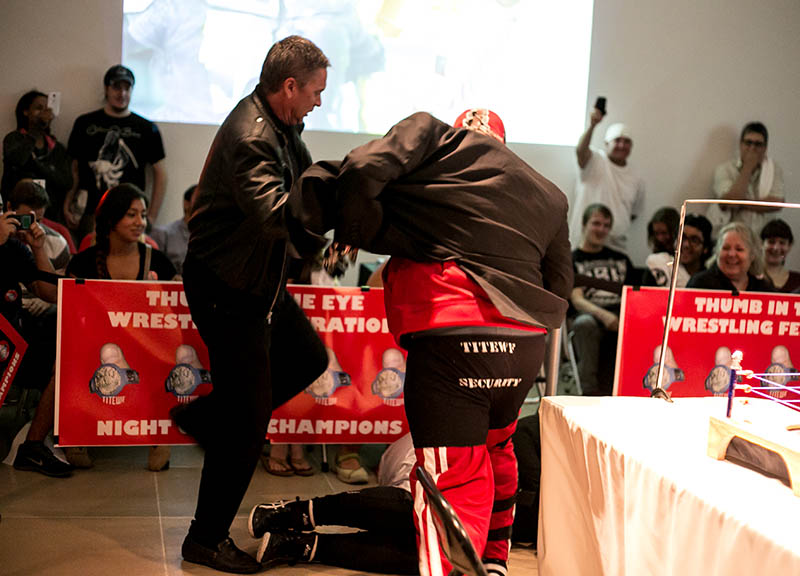 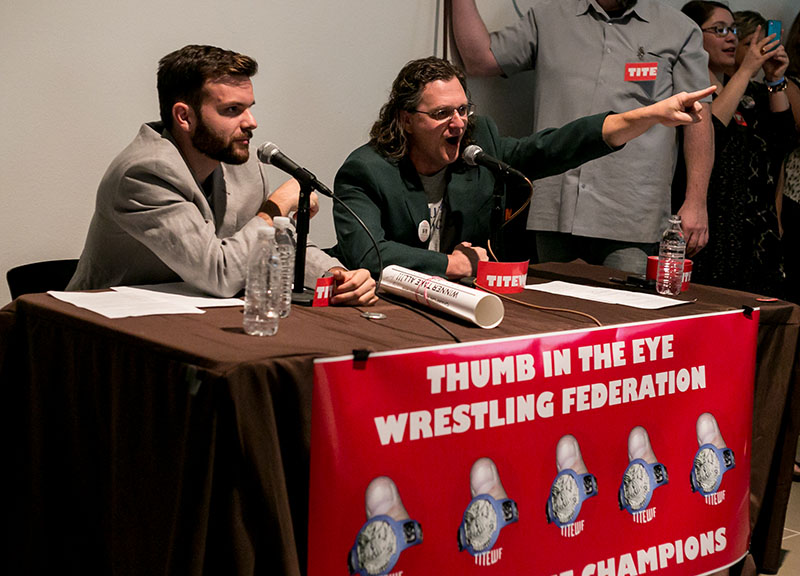 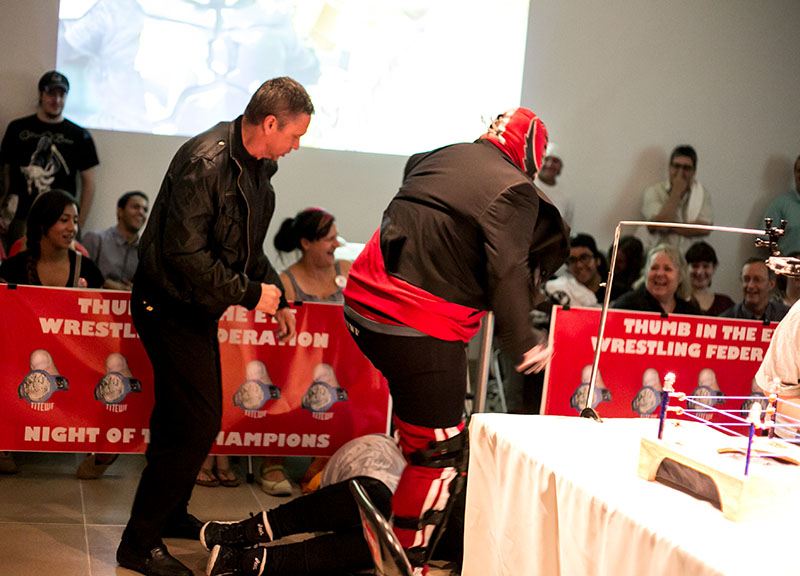 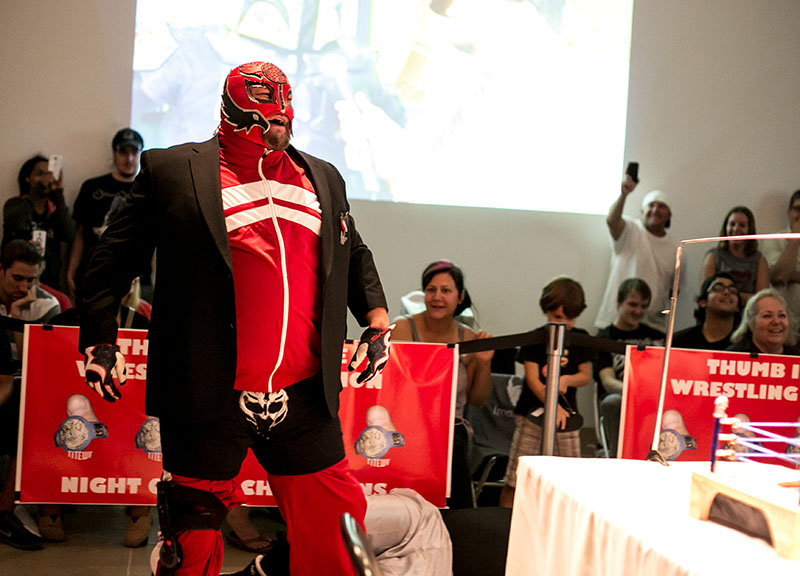 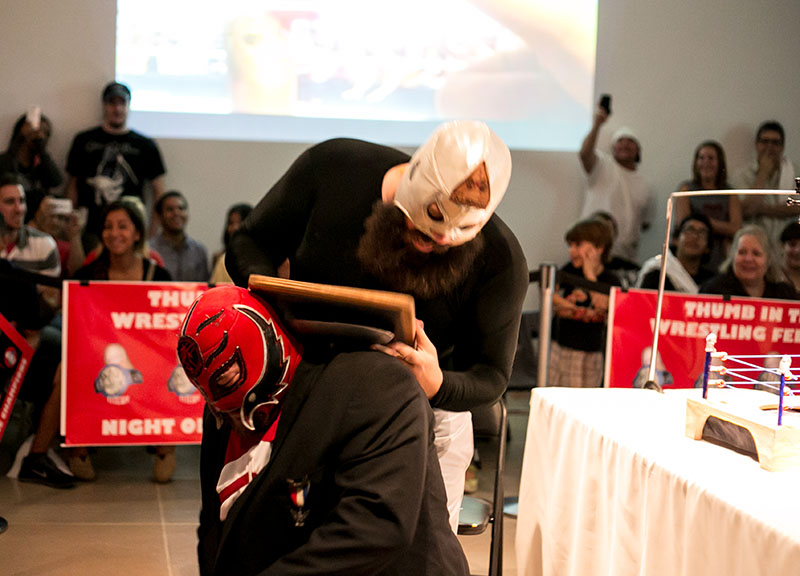 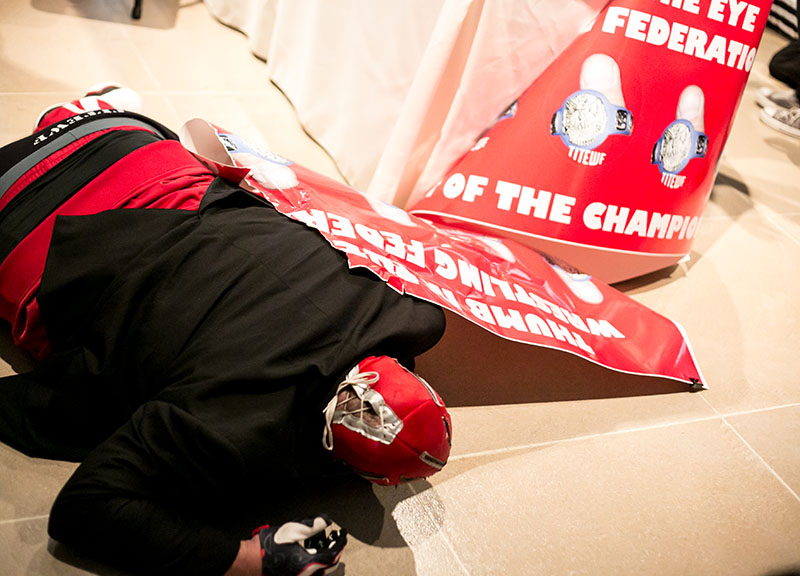 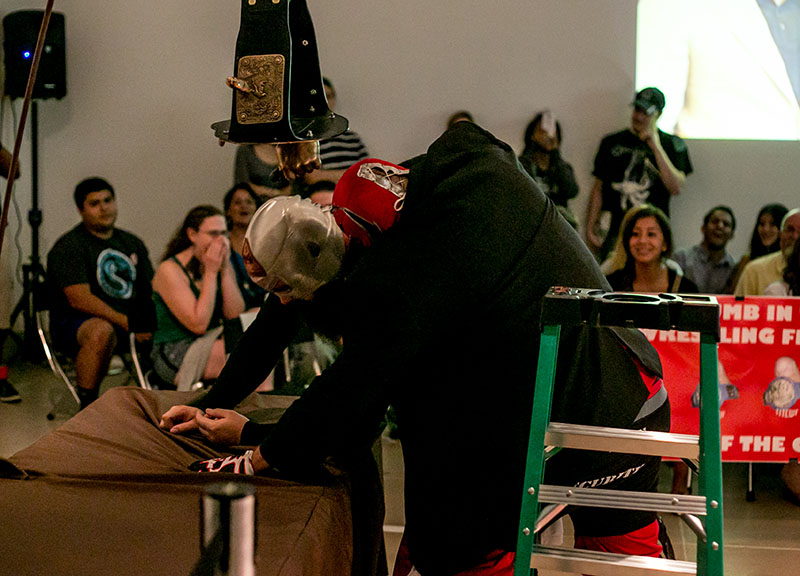 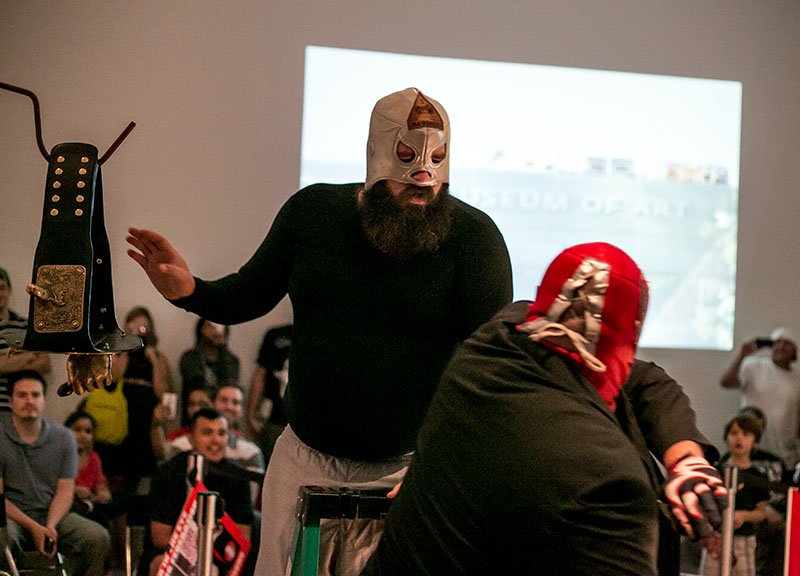 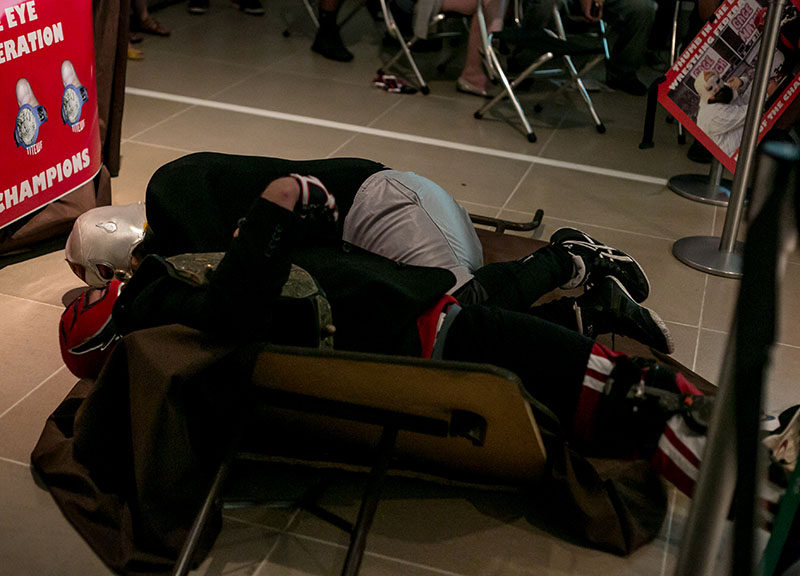 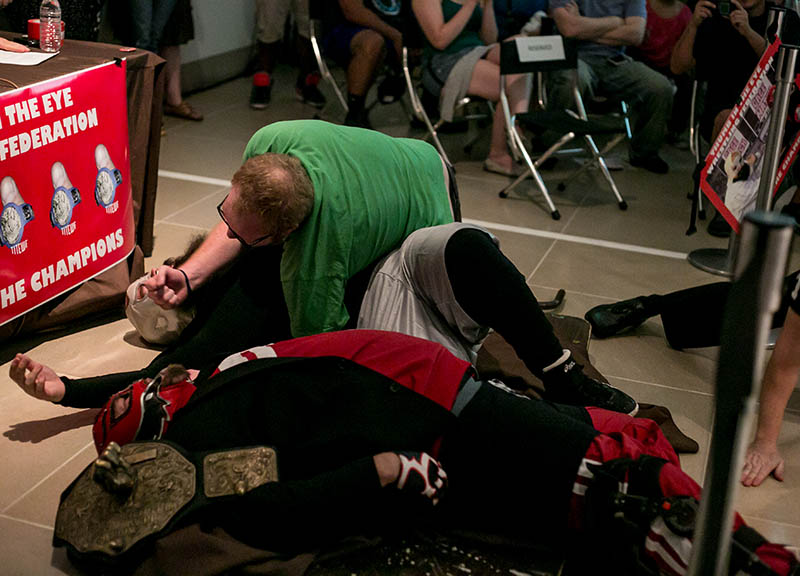 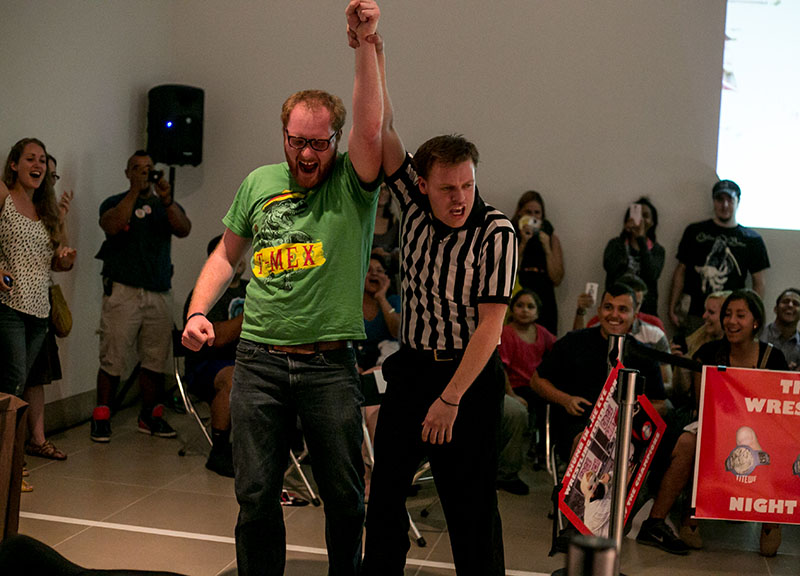 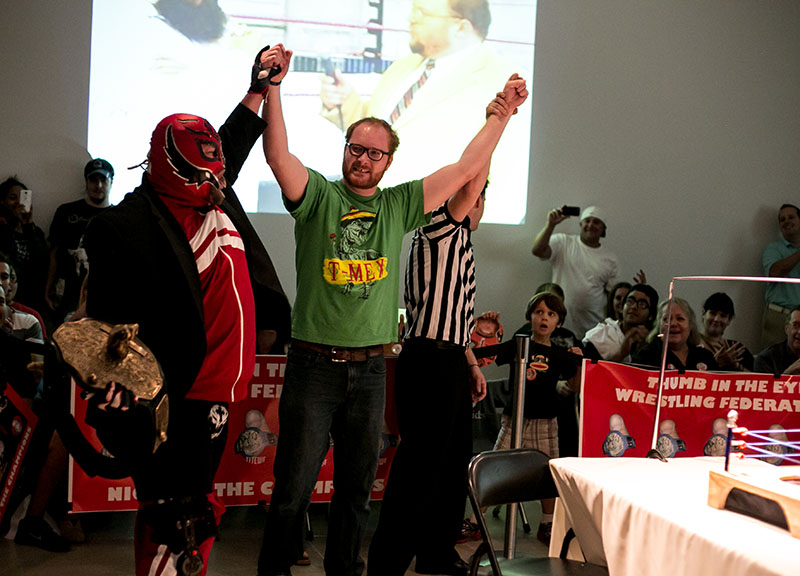 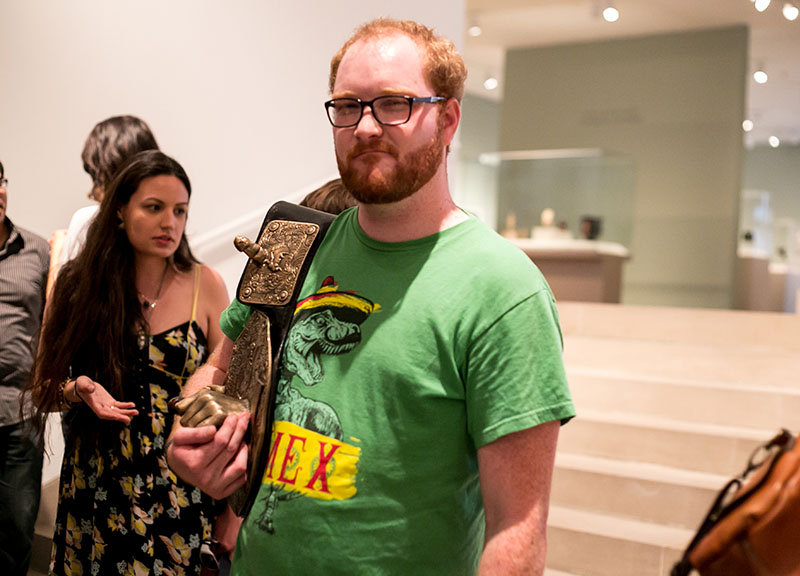