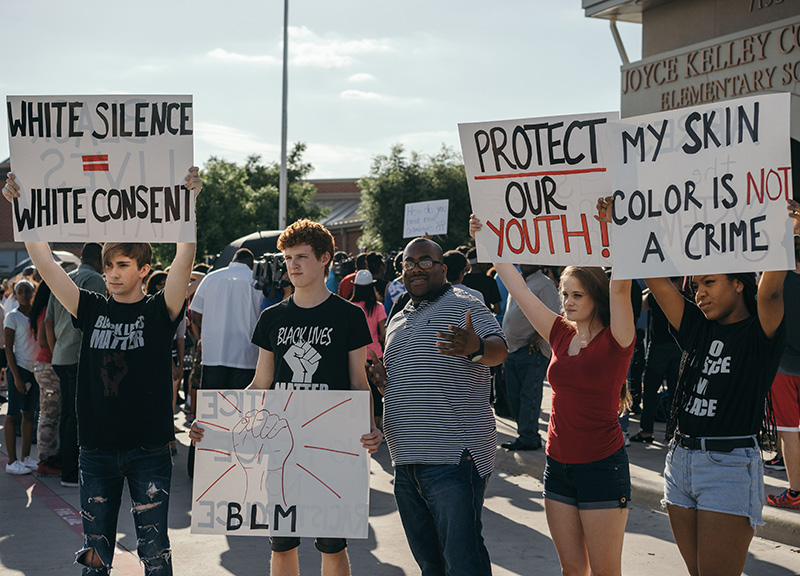 We've covered our fair share of protests here in Dallas over the course of these past few months, but yesterday's gathering in McKinney obviously feels a little different.

Its genesis was right here in our backyard, for one thing. And, for another, activists from around the country came on down to take part in this one.

The speed of it all is pretty overwhelming, too. The incident in question went down Friday night, the video depicting it was uploaded on Saturday, the media got ahold of it Sunday morning, it went internationally viral by Sunday evening and there was a protest in the suburban Dallas town where it went down on Monday.

To recap, here's what we know for sure at this point:
• At the risk of editorializing this, I think it's safe to say at this point that, regardless of what caused this whole situation to transpire — whether it was this fight, whether it was teenagers brashly circumventing stated rules, whether it was a greater over-boiling of racial tensions in suburban Texas — the entire thing is pretty damn disgusting. Put frankly: Even with the implied racial concerns aside, there's just no excuse for an adult male police officer to either wrestle an unarmed, nonthreatening teenage girl to the ground or to pull a gun out on two teenage boys concerned for her safety. Sorry; there just isn't.
• 15-year-old Brandon Brooks, who shot the video of the incident that went viral, is incredibly brave for shooting and posting the video and for since speaking out about his thoughts on it. His actions really should be commended, we think. We weren't nearly so brave when we were his age.
• The officer at the center of this whole incident, Corporal Eric Casebolt, has already been placed on indefinite administrative leave by the McKinney Police Department.

Where do things go from here? Tough to say, although we do know where things are headed if yesterday's protesters in McKinney have their way: Specifically, Casebolt will be permanently fired.

Update: News just broke that Casebolt has resigned from his position with the McKinney Police Department.

Here's hoping, though, that this incident sparks more change than just that, that it will force us all to take a long look in the mirror and make us reevaluate the way we treat each other.

As the below photos from photographer Shawn Roller show, that's what those involved in the protest — which moved all around McKinney with stops at Comstock Elementary School and even the Craig Ranch North Community Pool at the center of the ordeal — are ultimately hoping to see happen, too.

All photos by Shawn Roller. 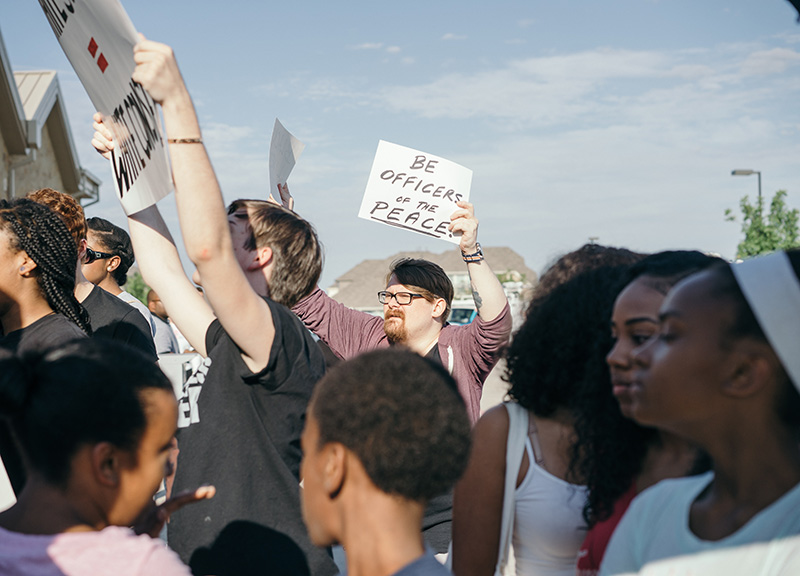 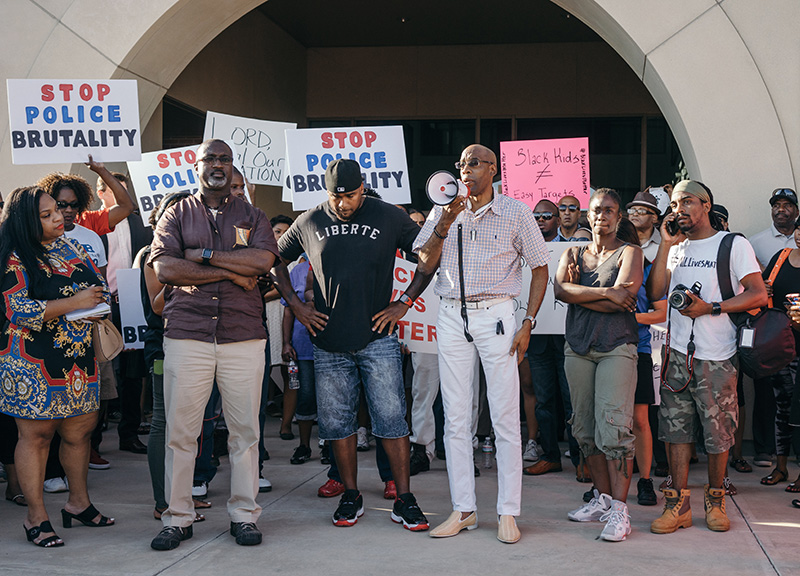 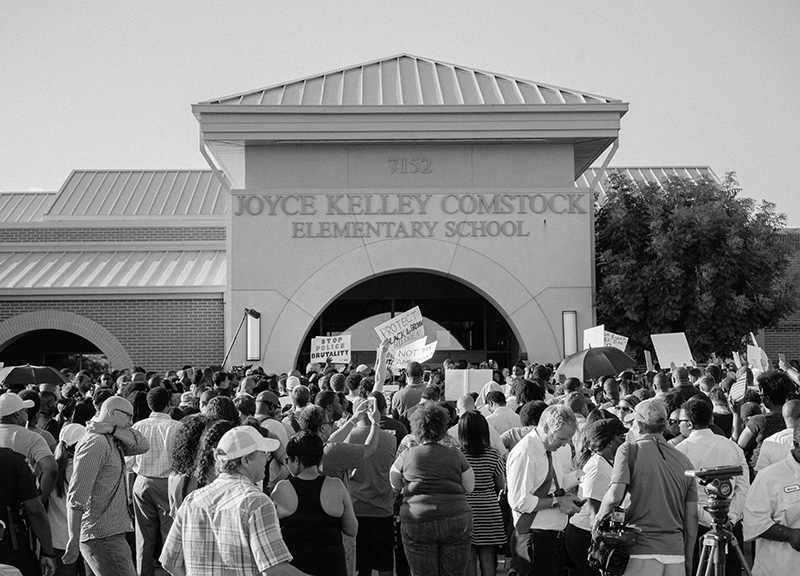 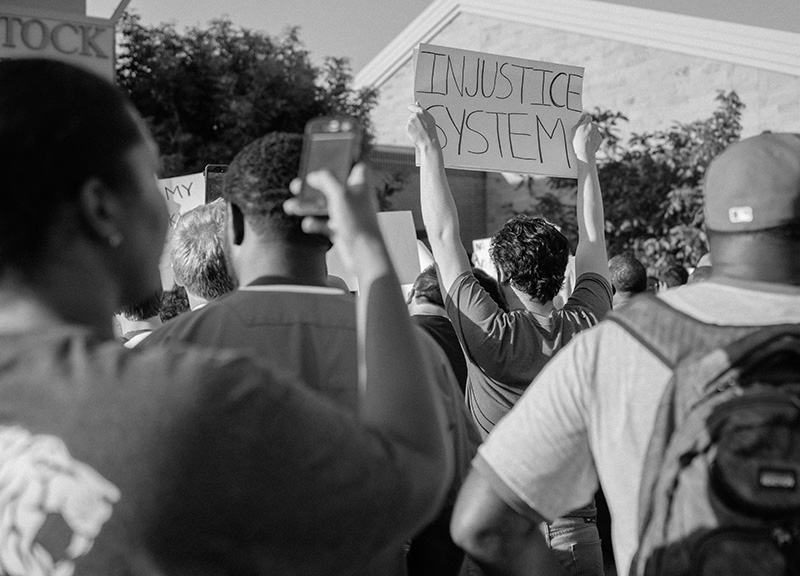 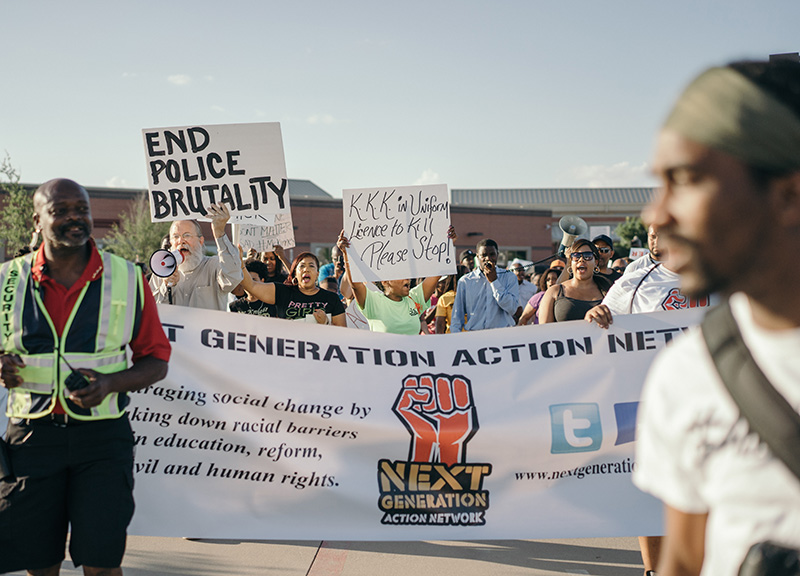 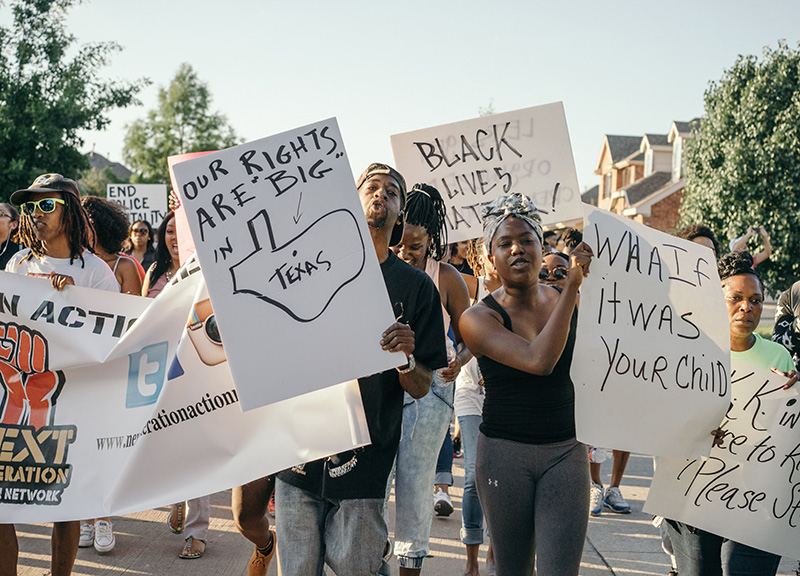 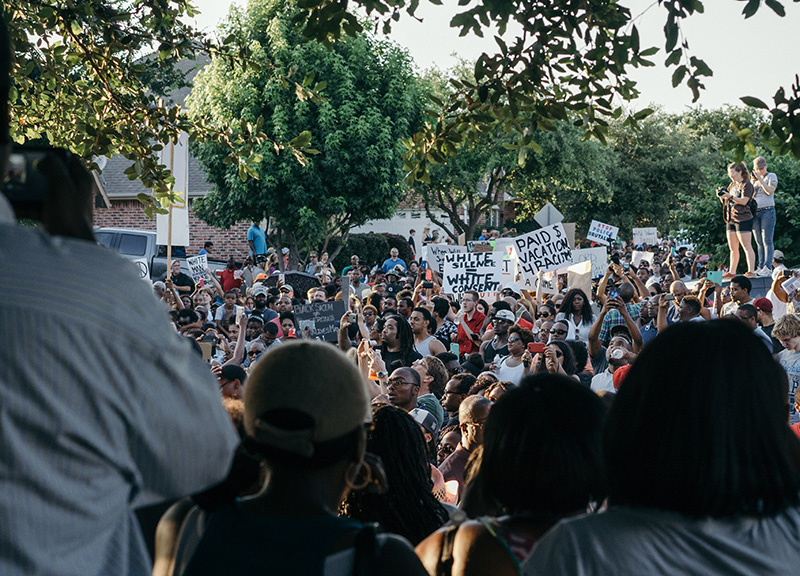 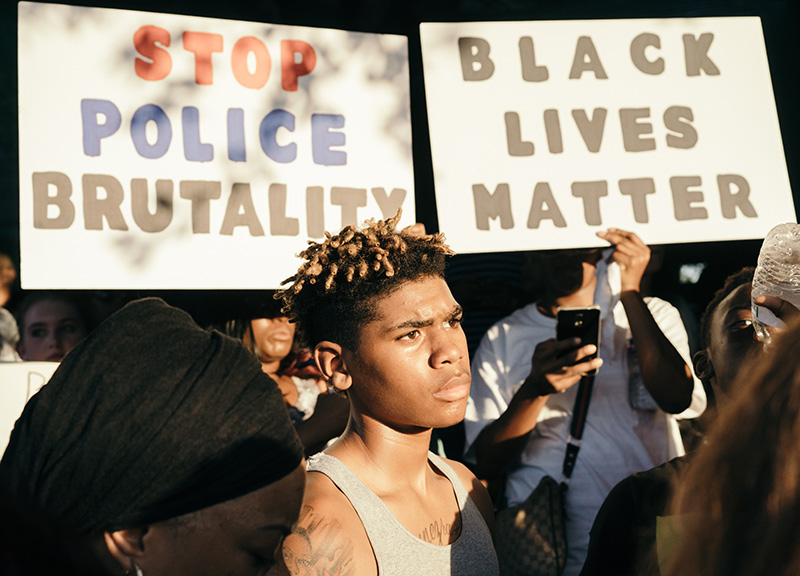 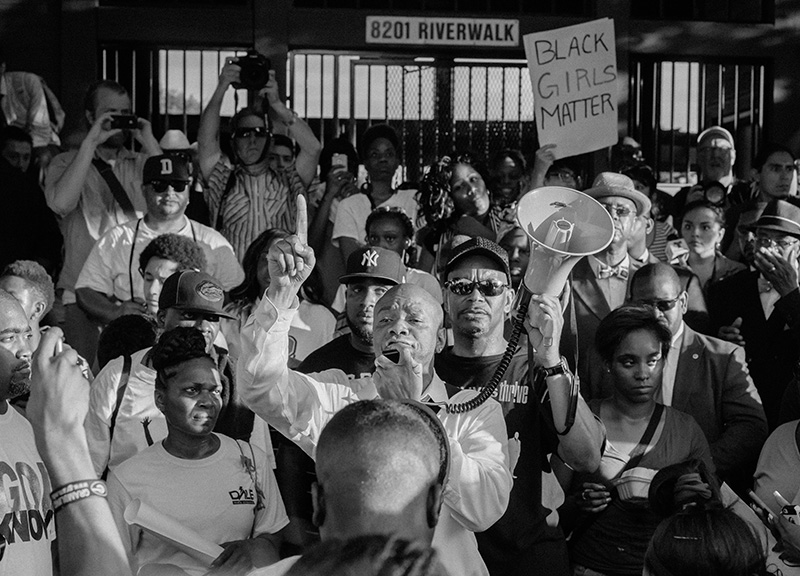 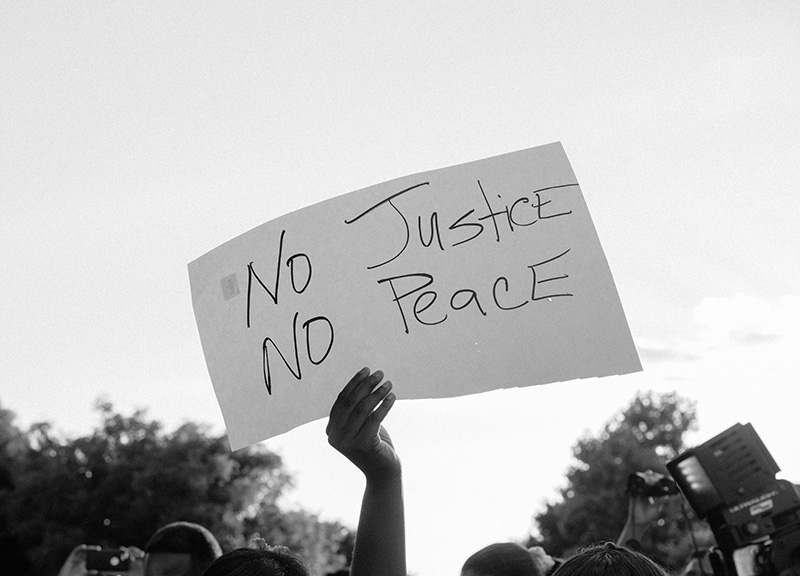 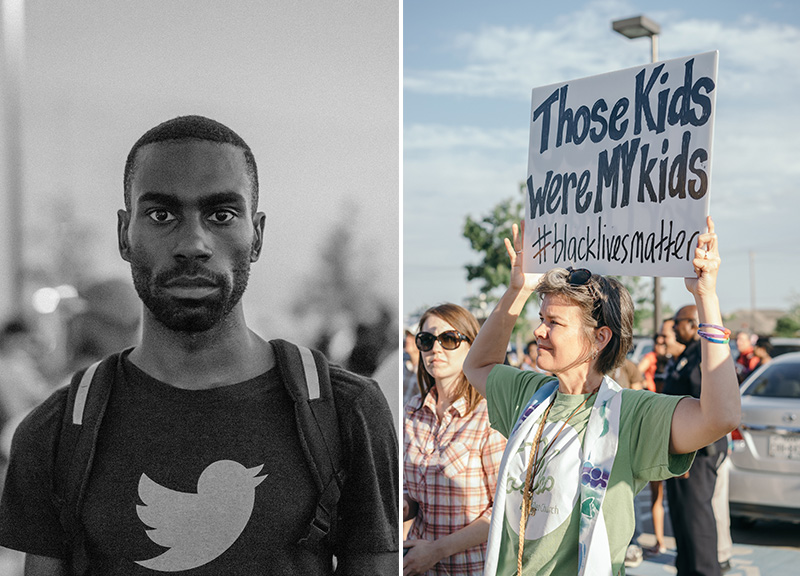 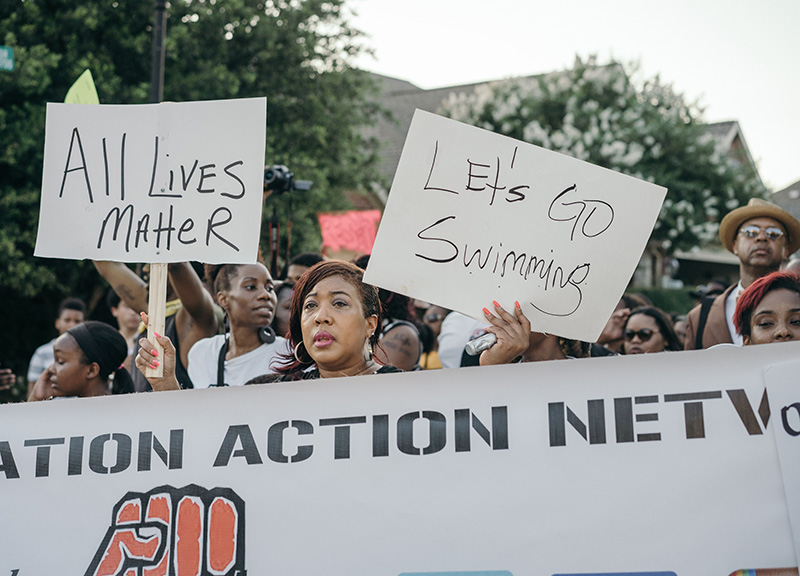 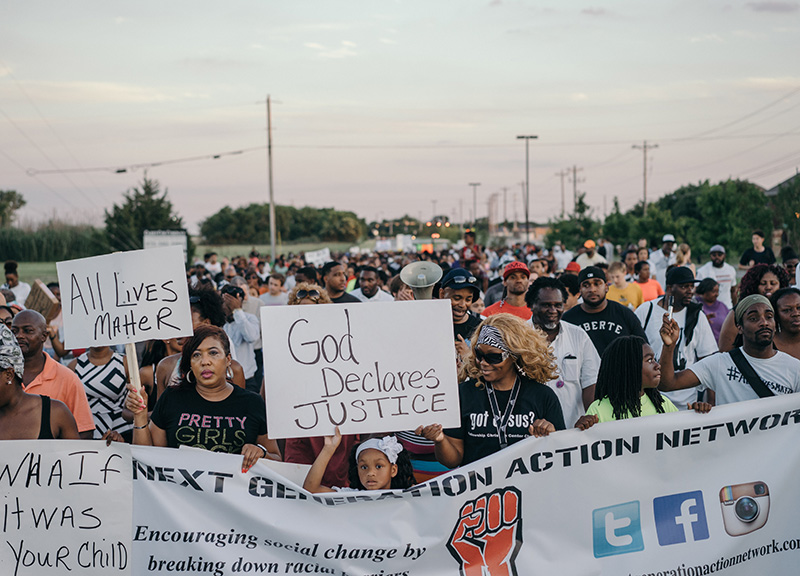 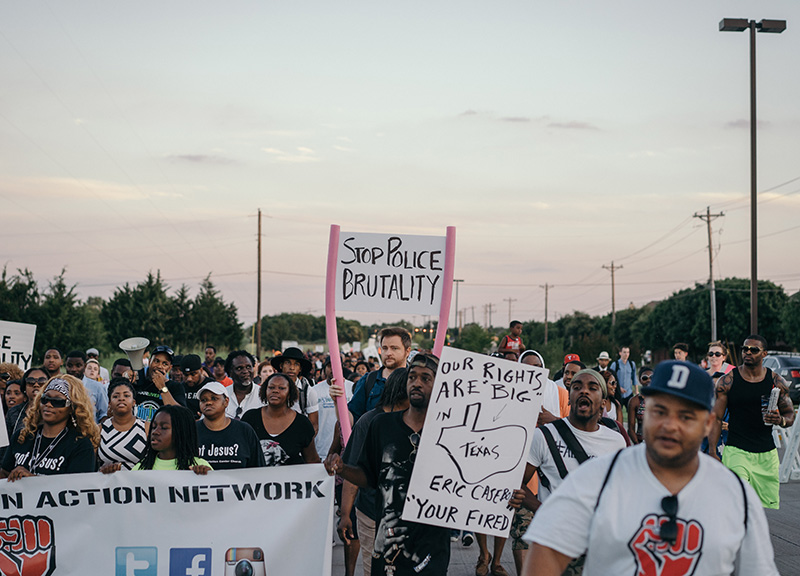 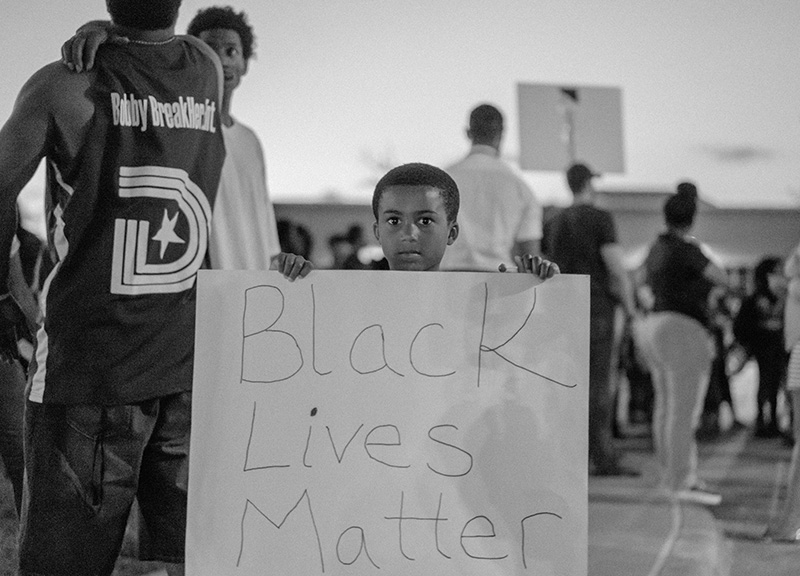 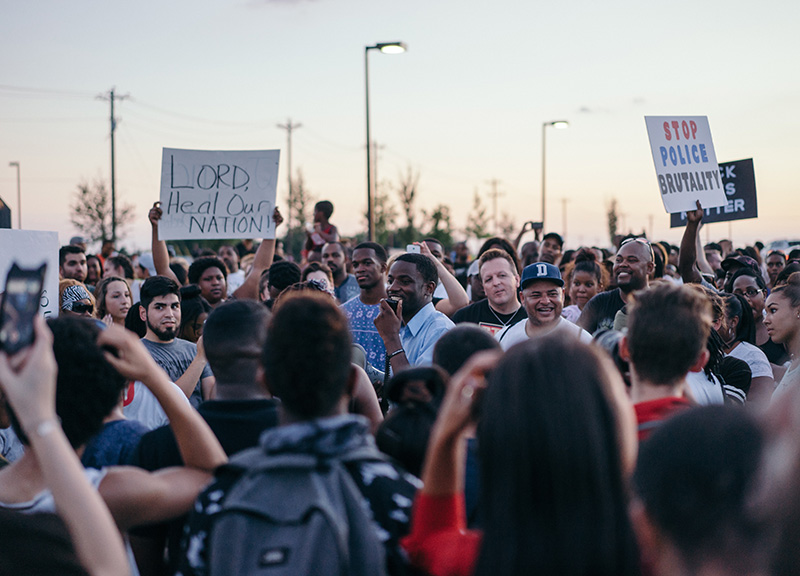 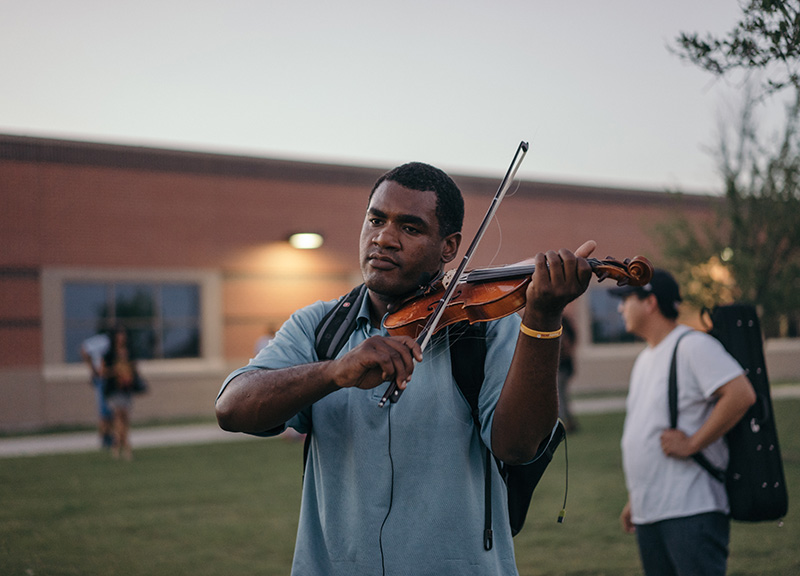