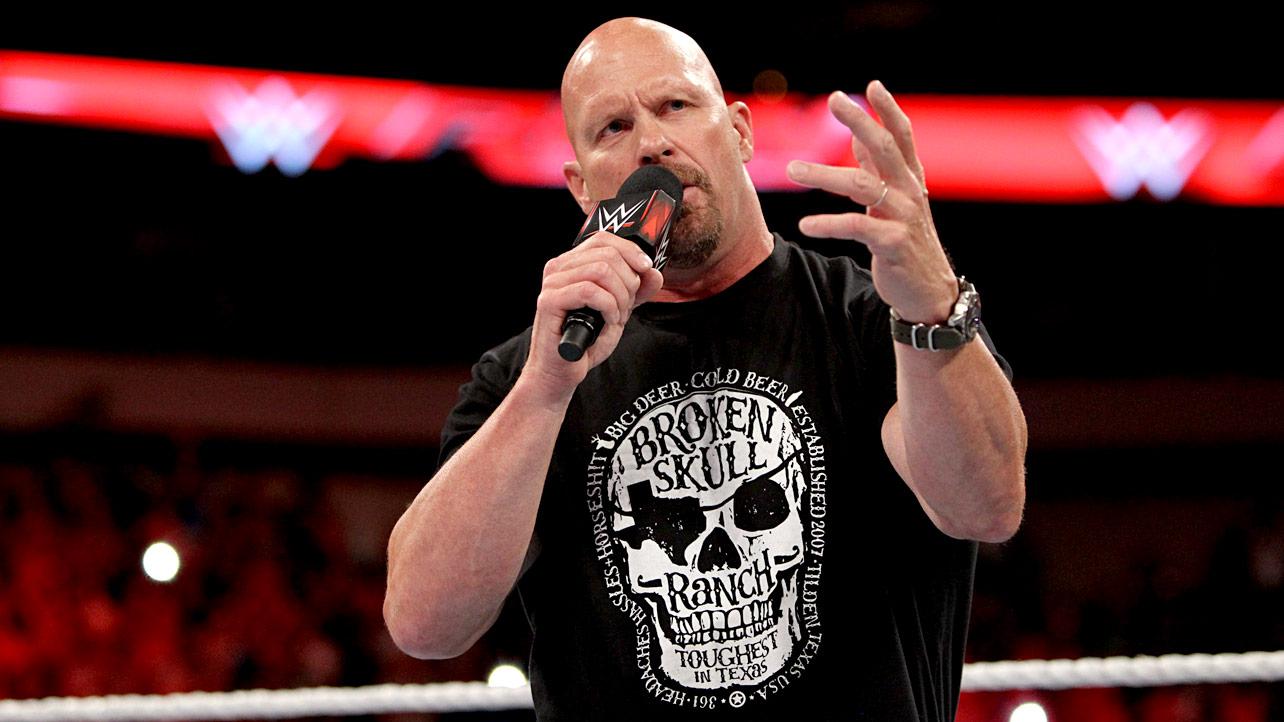 The 10 Best Wrestling Moments To Go Down in Dallas.

In light of WWE Monday Night RAW hitting Dallas for a stop at the American Airlines Center, we decided that now was as good a time as ever to review the top WWF, WWE and WCW moments to go down in Our City’s backyard. We should note, however, that these are simply the best wrestling moments to happen here, not the ones that were born here.

This isn’t a list of the Von Ehric family’s greatest accomplishments. That is another post for another time. So here goes.

Although there’s absolutely nothing to like about The Miz and although Dolph Ziggler is basically just Val Venis 2.0, their in-ring performance last night was damn good. Most of the match saw Ziggler and Miz teaming up against the Ayatollah of Rock ‘n’ Rolla.

But the high-flying Jericho was able to counter this by using his endurance (and some weapons) in and around the ring to stay in it. At one point, fans were even witness to a combo superplex/powerbomb involving all three men.

Maybe the rumors really are true. Maybe we are finally seeing the return of Y2J at long last.

Afterward, Chuck Norris decided to jump in the ring and congratulate him — along with Jean-Claude Van Damme, Brett Hull, and Herschel Walker.

8. WWE Monday Night RAW // American Airlines Center on 12/7/2009 // Mark Cuban Gets Tableslammed.
Whatever your opinion of Mark Cuban, it was certainly entertaining to see him get bodyslammed through a table on RAW by current World Heavyweight Champion Sheamus. It doesn’t seem that long ago, but, in 2009, The Great White had a bit more of a mean streak and Cuban wasn’t so conservative with his spending on the Mavericks.

7. WWE Monday Night RAW // American Airlines Center on 6/3/2002 // Stone Cold Steve Austin vs. Ric Flair.
Wooooo! Vince McMahon had finally conquered WCW by ’02, bringing the Nature Boy back into the fold for a last go. The storyline of the time went as follows: Flair was the “co-owner” of the company, and this would be his second-to-last real main event match in the company. The stipulation? The loser would become the winner’s assistant.

Although he would go on to fight The Rock in a main event and finish out his WWE career, the Nature Boy’s match against the Rattlesnake in Dallas 10 years ago would go down as one of those “End of an Era” moments.

It had plenty of signature Ric Flair match moments: Taunts, chest-slaps, thumbs in various eyes, mud stomps, suplexes and a number of submission moves would all feature prominently in this one before a Stone Cold Stunner seemed to have ended it.

But then the match was interfered by two SmackDown superstars — the late “Rabid Wolverine” Chris Benoit and the late Eddie Guerrero. The fight was soon resumed, however, and the two men would fight a straight wrestling match to the end.

6. WWE Survivor Series 2003 // American Airlines Center on 11/13/03 // Buried Alive Match: Undertaker vs. Vince McMahon.
It was the main event of Survivor Series 2003, right after a stellar battle royale that saw Team Bischoff defeat Team Austin. Perhaps more important, this was to be the Undertaker’s last match under his Hells Angels-inspired “American Badass” persona, and it was a good one, too.

The Undertaker clearly had an upper-hand, and, eight minutes into the match, after bloodying Vince and choking him with a cable and shoveling the CEO over the head, it looked as if ‘Taker had it won as he was carrying McMahon to the grave site.

But then Vince somehow was able to clock the Undertaker over the head with a shovel, and both men went down into the grave, until ‘Taker re-emerged.

He climbed into a Bobcat to dump dirt over the grave. But then an explosion K.O.’d the Undertaker and Kane appeared to bury his brother alive.

‘Taker, of course, would return four months later at Wrestlemania XX, once again as the Deadman.

5. WCW Monday Nitro // Reunion Arena on 9/4/00 // War Games Match.
At the height of the Monday Night Wars between the WWE and the WCW and before the McMahons owned the entire sport of wrestling, every wrestling fans weekly bore witness to some of the best programming in the sport’s history.

In September of 2000, Eric Bischoff and Co. brought Monday Nitro to its last showing in Dallas. There was a “War Games” triple cage match that night, and it featured 10 wrestlers from two teams. One member from each team would enter the battle every two minutes until all 10 were in the ring. There was no disqualification or pinfall. It was a title bout, too, and the winner would have to retrieve the title from the top of the cage and then leave through the door.

War Games on Nitro in Dallas featured superstars Sting, Booker T, Goldberg, then-WCW World Champion Kevin Nash, Jeff Jarrett and some mid-carders. It lasted for nearly 20 minutes, and it was awesome. Bret Hart made an appearance, and Goldberg and Sting both ended up handcuffed to the cage. Eventually, Booker T even had a guitar broken over his head.

4. WWE Monday Night RAW // American Airlines Center on 10/3/2005 // 30 min. Iron Man Match: Shawn Michaels vs. Kurt Angle.
Just before the WWE took its sharp turn toward the “Reality Era,” the brand had this sort of exciting mid-moment in its history. It was phasing out the Attitude and having some excellent matches like this one while riding wrestlers such as Kurt Angle and the late Eddie Guererro while molding future superstars like Randy Orton and finding a new direction.

This, interestingly enough, was the first RAW sellout in Dallas, and over 14,000 fans watched in awe at the technical greatness of this particular match. The timing, the variety of moves, the athleticism and the endurance of the wrestlers overshadowed the soap opera drama for once on RAW, and it was anybody’s guess who would get the most pinfalls and win the match, as Angle and Michaels hit multiple finishers and used the limelight to highlight one another’s distinct styles.

After 23 minutes, Angle was winning two pinfalls to one after an Angle lock. The rest of the match only helps to serve for fodder to make us miss the older eras of wrestling even more.

3. WWF Fully Loaded // Reunion Arena on 7/23/00 // Last Man Standing match: Chris Jericho vs. Triple H.
It was the second “Last Man Standing” match ever, and arguably the hardest-fought professional wrestling bout in the history of Dallas.

There were springboard dropkicks, clotheslines, suplexes, DDTs, crotch chops, weapons (what would a Triple H match be without a sledgehammer?) and facebusters over the course of this 23-minute marathon of athletic brutality that would Break The Walls Down.

This is one of the matches that solidified Jericho as a top-tier wrestler. With Triple H’s help, the showman put up a hell of a fight with immaculate timing and technique, all while battling through the pain of injured ribs. Triple H went on to win the brawl, though, and the rest is WWE history.

2. WWF SmackDown! // Reunion Arena on 9/23/99 // The Entire Show.
This one had it all. At the beginning of the show, Vince McMahon walked out to the ring and announced that Triple H, who had claimed he would be the next WWF Champion, would have to fight a series of matches that night in Dallas, and win three out of five of them to get his shot.

The Cerebral Assassin went on to go 3-2, losing his first match to Big Show in a “Chokeslam match.” Next, he faced Kane in an “Inferno match,” where the winner had to set his opponent on fire (literally). Triple H won that one before losing in a casket match and then defeating Mankind backstage in a “Broiler Room Brawl” to bring his record on the night to 2-2.

Then The Rock made one of his first memorable televised appearances in Dallas as one-half of The Rock and Sock Connection with tag partner Mankind. Although that twosome would lose the title belts that night, The Rock showed all of Dallas that there was no question he was The Most Electrifying Man in Sports Entertainment.

That set up the main event: Triple H and The Rock squared off in Brahma Bull Strap Match guest refereed by the British Bulldog, who would spoil things for The Rock to help Triple H get his title shot.

1. WWE Monday Night RAW // 3/7/11 // Stone Cold Returns.
The Texas Rattlesnake laid out John “Bradshaw” Layfield with his first Stunner in nearly three years during this contract signing. Need we say more? Austin got his wrestling start in Dallas and is no stranger to the sport’s fans. But this one-night-only appearance had a special feeling to it that’ll be hard to ever top.