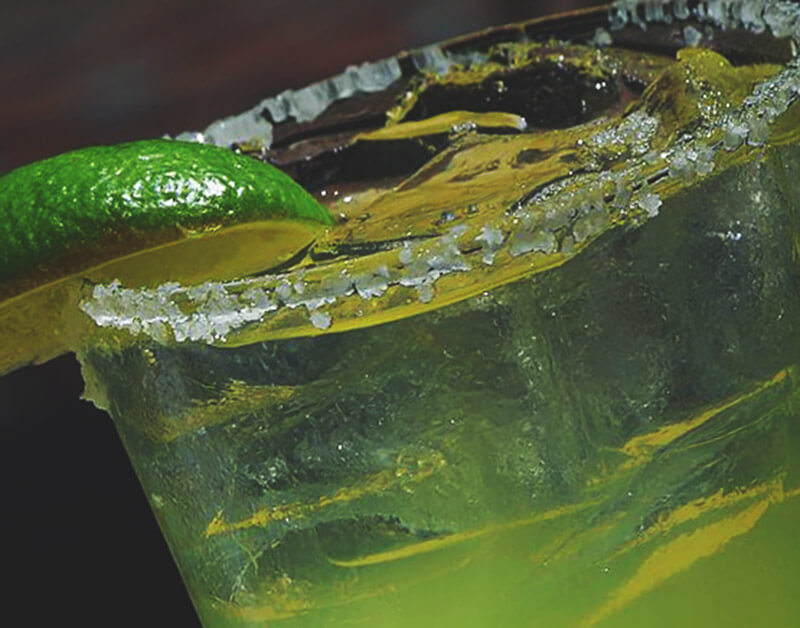 Little-Known Facts About The Dallas-Born Margarita.

National Margarita Day is kind of like a big deal around these parts.

Once a year, each February 22, we Dallasites get to proudly puff out our chests, watching smugly as the rest of the country celebrates a drink that we love to lay claim to.

And why not? We Texans are a prideful bunch and the margarita, America’s favorite after-hours drink, was both created and perfected right here, at least according to legend.

With that in mind, we give you a list of little-known facts about the Dallas-born cocktail to impress your friends with at happy hour tonight — or just to mull over while you wait for the brain freeze to pass.

1. It’s nearly impossible to pinpoint the exact origins of the margarita, but the most widely-accepted version (and the version we choose to believe because, hey, we’re from here) is that wealthy Dallas socialite Margaret “Margarita” Sames created the drink to serve during one of her parties during the 1948 Christmas holidays. The first printed appearance of the recipe with the margarita name was in the December 1953 issue of Esquire magazine, who gave credit to Sames for the drink.

2. As of today, the margarita is the most popular cocktail in the United States. It accounts for roughly 18 percent of mixed drink sales. No wonder the U.S. is also the largest consumer of tequila in the world.

4. Mariano Martinez of Dallas-based restaurant Mariano’s Hacienda didn’t invent the frozen margarita, but he is credited with inventing the frozen margarita machine in 1971. His original model was a re-worked soft serve ice cream machine. It is now in the Smithsonian, where it sits next to equally important inventions like the first light bulb.

5. Mariano Martinez first got the idea for the margarita machine from the Slurpee machines at the also Dallas-based 7-Eleven convenience store chain. The Slurpee machine was invented in 1960, 11 years before Martinez’s machine. Surely this makes Dallas the frozen drink capital of the world?

6. Margarita is the Spanish word for daisy. Precious!

7. According to the International Bartender Association, the standard margarita follows the 7:4:3 ratio — that is, 50 percent tequila, 29 percent Cointreau and 21 percent fresh lime or lemon juice. We usually tend to follow the 14:4:3 ratio when we’re in charge.

8. Jimmy Buffett’s Margaritaville restaurant in Las Vegas is the Guinness World Record holder for the largest hand-made margarita after having crafted an 8,500 gallon concoction. (That’s 2,125 gallons of tequila, 708 gallons of triple sec, 5,667 gallons of mix, and 22,267 limes for those of you keeping track).

9. It is a common misconception that certain types of tequila contain a worm in the bottle. Only mezcals (another agave-based liquor) are ever served con gusano, or “with worm.” Originally, a worm in an agave plant indicated an infestation, leading to a far inferior product. We can attest to this, as the time we ate the worm, it tasted like it was made of PVC pipe.

10. A standard 12-oz margarita on the rocks contains between 175 and 250 calories, but that number can jump well into triple digits when ordering a flavored frozen margarita. Also, this is why we’re fat.