How The Sausage Gets Made. 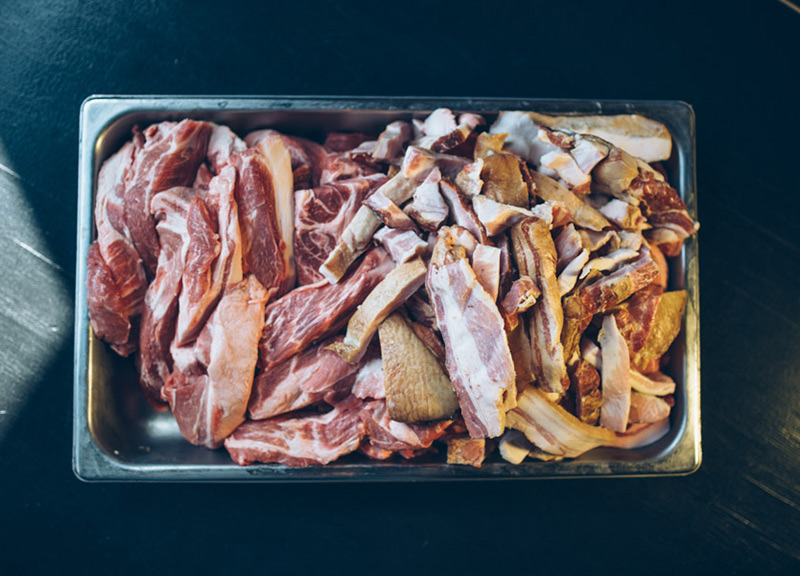 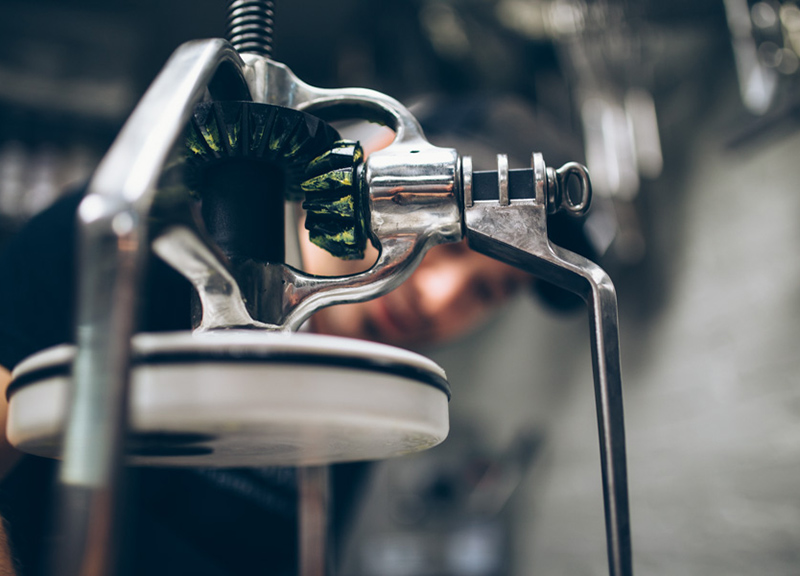 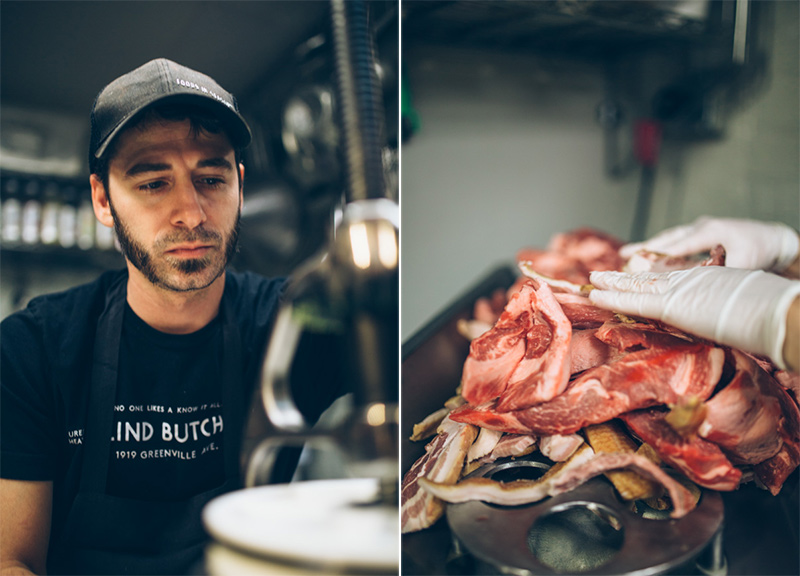 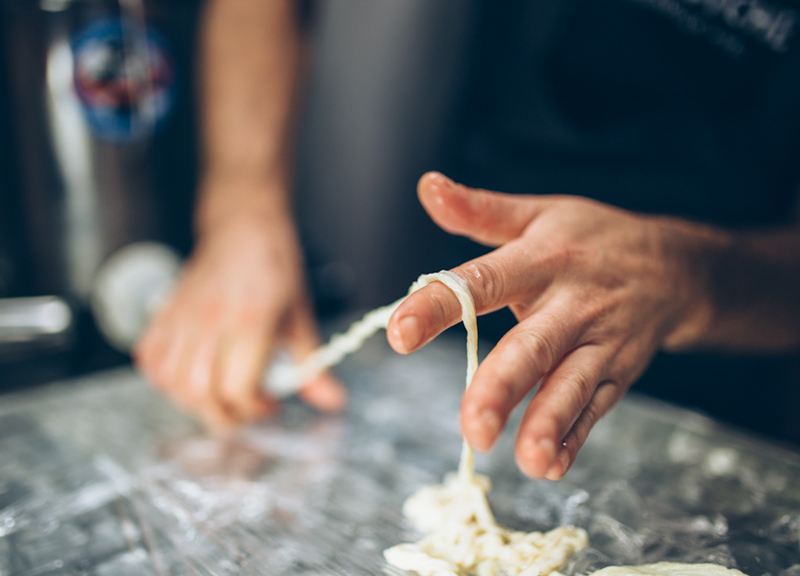 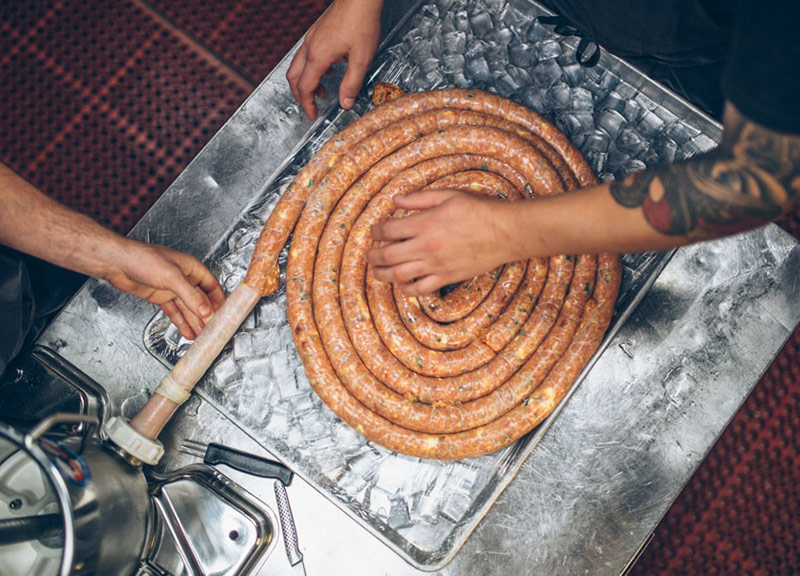 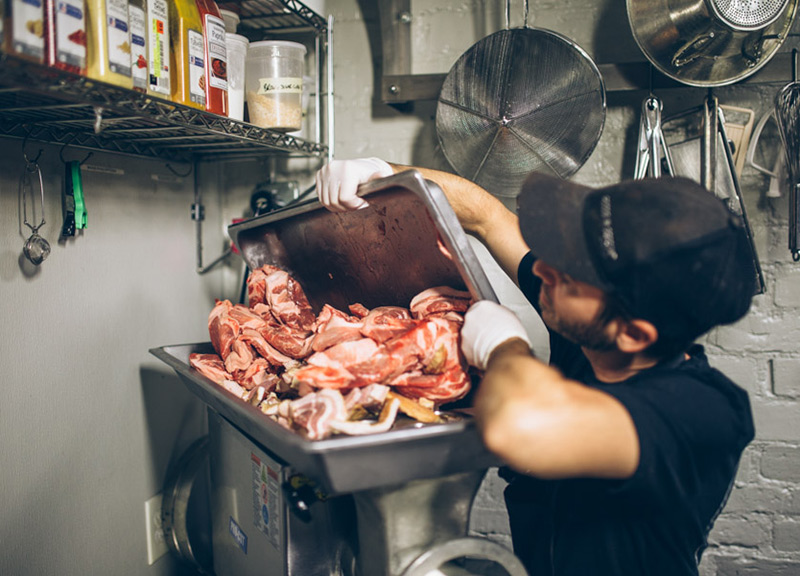 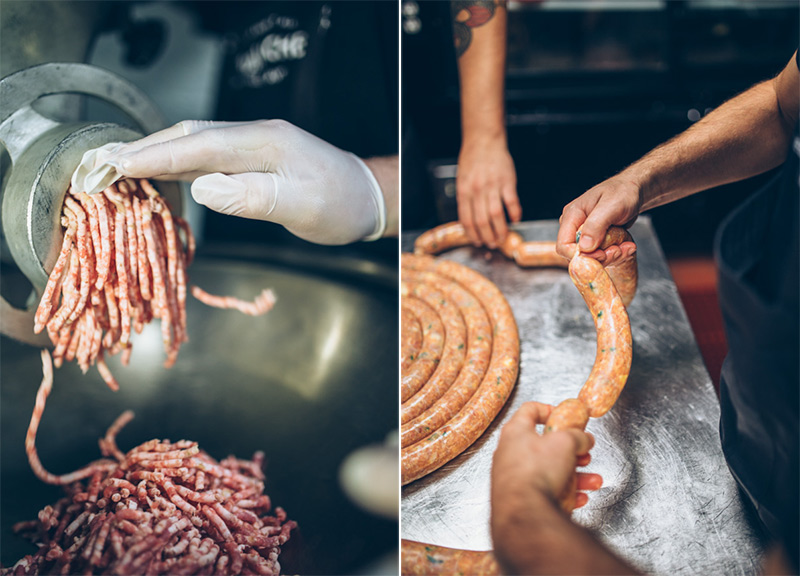 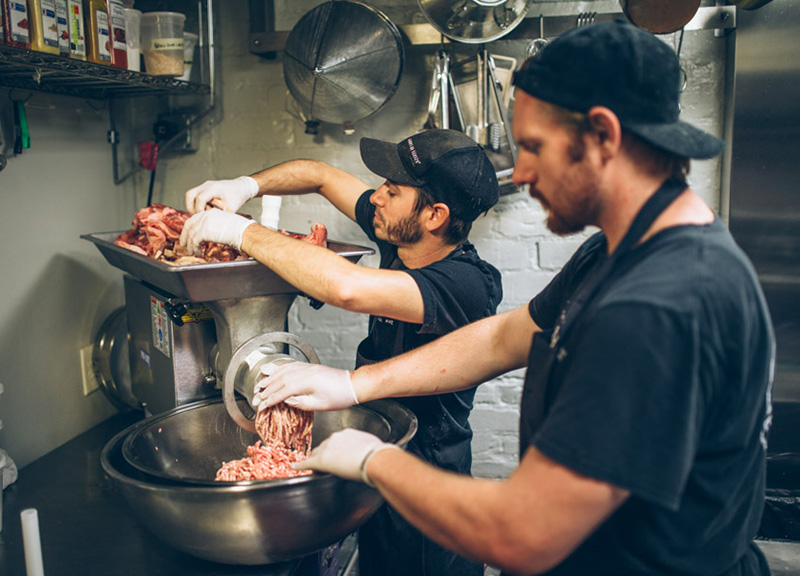 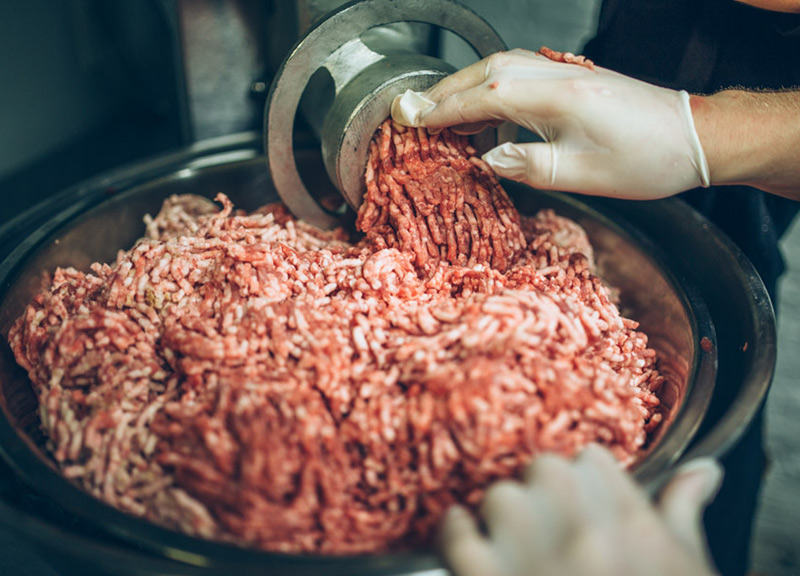 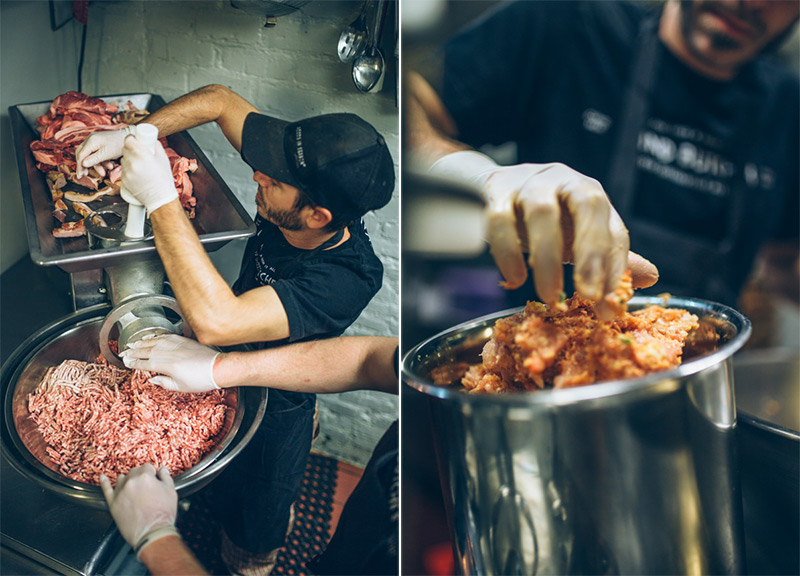 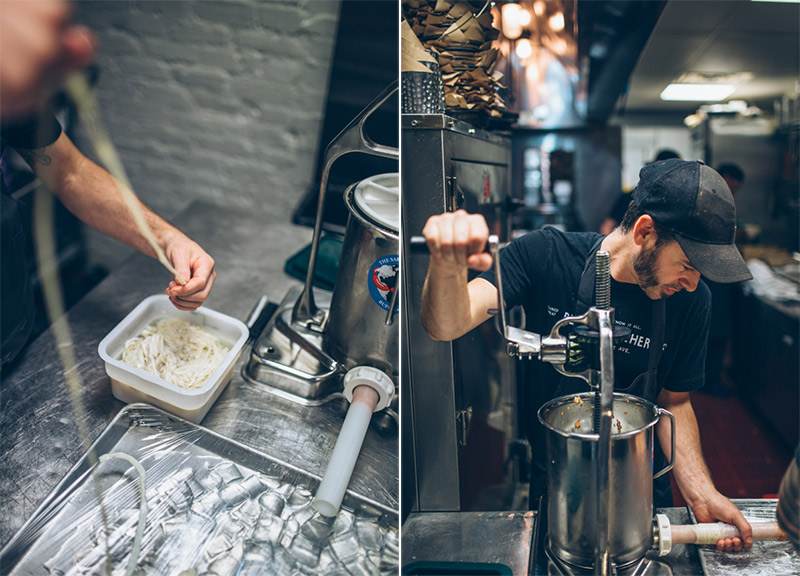 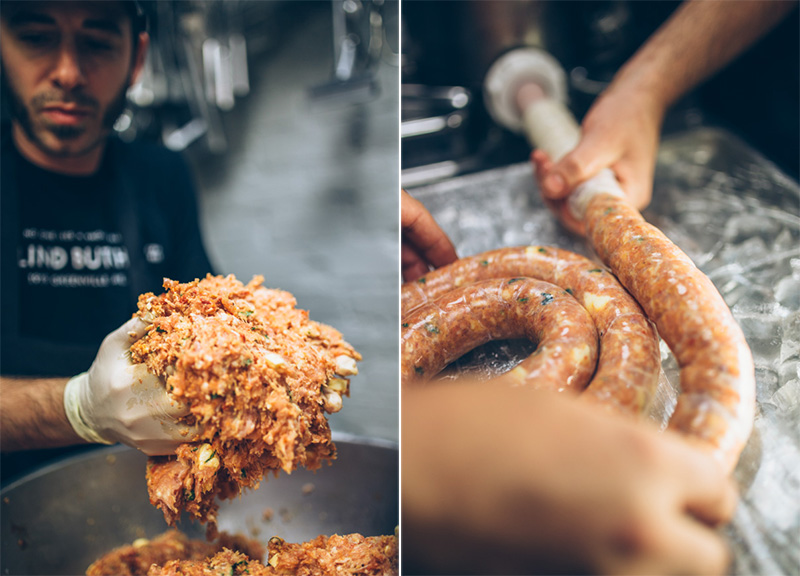 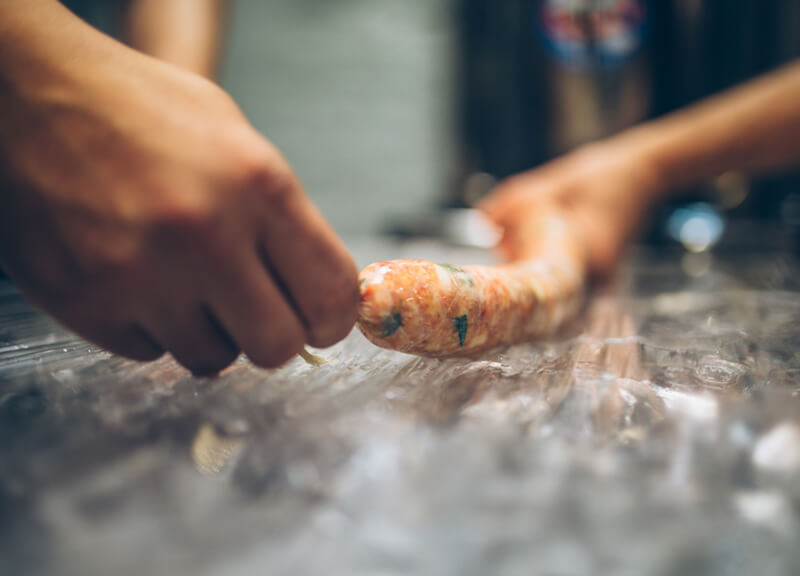 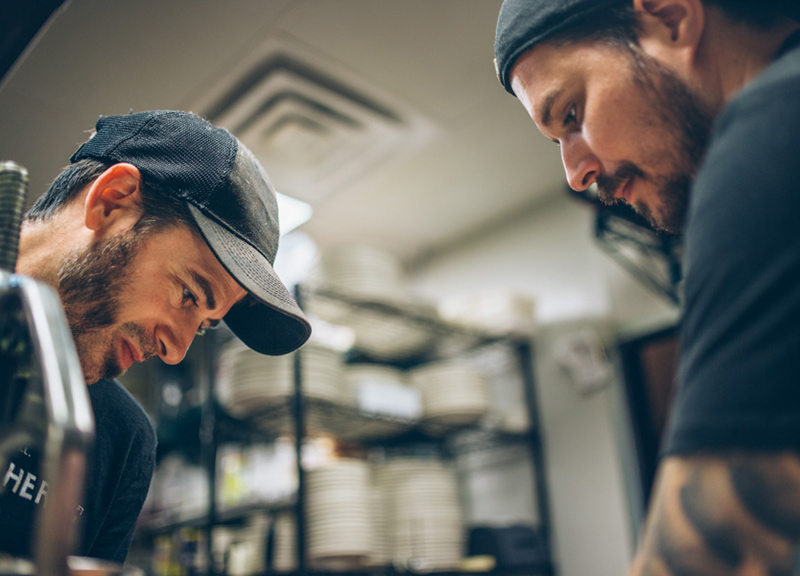 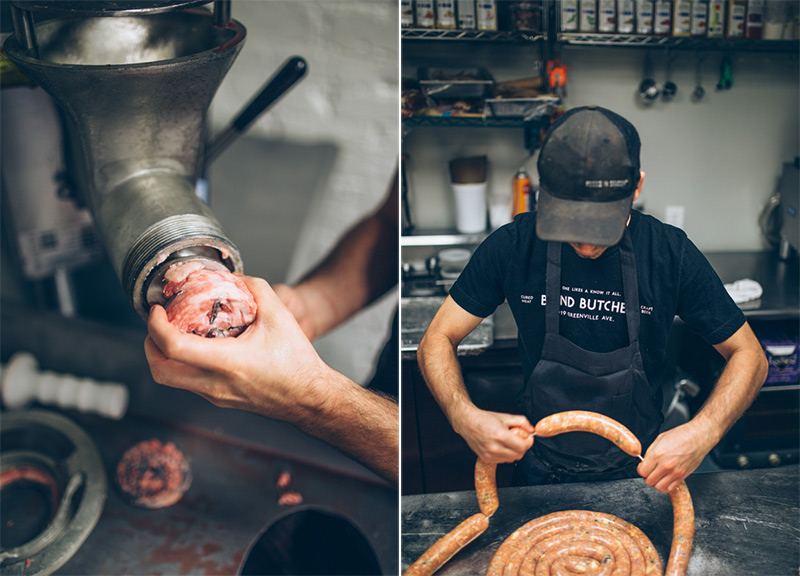 Turns Out, The Process Behind The Links at The Blind Butcher Isn’t That Gross.

From that first phallic-shaped meat chunk eaten at your first baseball game to that eye-opening first bite of a well-sourced, hand-cranked sausage that’s been cooked to perfection, we’re all by now well aware of the hierarchy of sausages. And we love them all, from German brats and deep-fried Russian kielbasa to the oh-so-American, Fourth of July, pound-down-as-many-as-you-can Ballpark Franks.

And though we don’t love to talk about it, we’re all also very aware that the processes behind making these sausages ain’t exactly pleasant. Horror stories regarding sausages are commonplace in this day and age.

“Do you even know what is in that thing?” your holier-than-thou friend will consistently quip as that presumably-pork-fat-and-ketchup mixture drips down your chin.

More often than not, you’ll scold your pal with your eyes in reply, because, hey, you’ve eaten hot dogs for this long and you obviously don’t care what’s in them because, man, they’re tasty.

Still, maybe our friends have a point. What do they put in our favorite sausages around town? No, not those disgusting little meat sticks which probably have hooves in them; but those really damn good ones made from prime cuts of meat — the sausages of your non-sexual dreams.

Naturally, we decided to find out. So we made our way over to The Blind Butcher on Lower Greenville and begged them to let us check out their meat and their process of stuffing it into pork casings. Lucky for us, they gave us the green light.

Immediately upon our arrival, head chef Oliver Sitrin gets to work, just as he and his staff have since the spot opened in early 2014. First, he sets up the contraption meant to press the meats into the casings — usually pork, although occasionally Sitrin tries lamb and chicken. The mechanism is essentially a crank attached to a canister, with a nozzle at the bottom. As you crank, a press is forced down onto the contents of the canister and forces them out through the nozzle.

That press isn’t the Blind Butcher’s, though. At the moment, Sitrin’s kitchen is borrowing this 15-pounder from a fellow area sausage-maker after having broken the joints that held his canister to the steel base, the result of cranking out too many sausages too quickly.

But the process doesn’t start with the crank. First, the meats are selected. And here’s where the Butcher’s sausages set themselves apart from the rest in town: Instead of using left over cuts, Sitrin is sure to only use the best of the best cuts here — be it pork belly or sweet, gloriously marbled beef.

From there, it’s time to grind it all up. Sitrin stuffs the meat in the several holes at the top of the kitchen’s grinder while another chef catches the stringy, ground up contents in an iced bowl at the bottom. Temperature is crucial at this stage; if the meat is too warm, it will simply be pressed together instead of ground and won’t be malleable enough to make a good sausage.

After that, it’s on to the crank. The ground meat is shoveled by the handful into the empty canister, which is then locked into place on the table. After spending a few minutes slipping the pork casing over the nozzle at the bottom, Sitrin begins cranking away in a slow, methodical circuit.

Another chef waits at the nozzle, wrapping the newly-formed sausage into a near circle and ensuring that there is no air stuck in the casing by poking holes into it and releasing the bubbles.

After all of the sausage is packed into the casing, Sitrin sets to making individual links. He pinches the casing together at the appropriate length and then spins the link a few times to ensure a tight seal forming the link. A couple dozen more times, and he’s completed and entire chain or near-perfect sausage links.

The rest is obvious: The links are put on display in their little meat locker until, eventually, they arrive at your table, cooked and ready to be devoured. They’re cooked perfectly, too, allowing plenty of moisture to stay inside. Each sausage is served with a little accompaniment, too. Some have a cucumber, some the house-made kraut and others the banger-and-mash option.

No, it’s not as beautiful or poetic a process as the one behind that 16-hour smoked brisket that’s so often romanticized around these parts. But, man it makes for some of the best bar food in town.