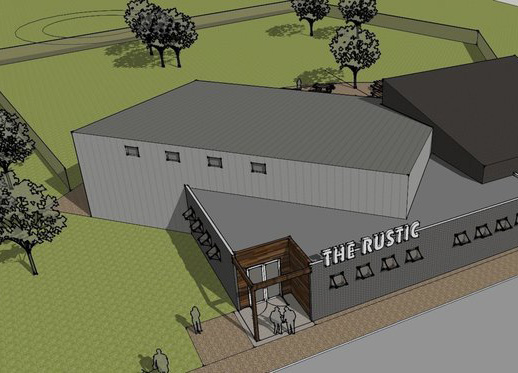 For the past few weeks, we’d heard rumblings through the grapevine that the dudes behind Bowl & Barrel, the new Park Lane bowling alley we’ve been raving about, were looking to open a live music venue in Uptown, too.

And, lookie here, a press release making the rounds today confirms it: B&B’s Kyle Noonan and Josh Sepkowitz have teamed up with Texas country hero Pat Green to announce a new bar and venue coming to Uptown.

Their place will be called The Rustic.

The spot, which will sit at 3656 Howell Street (near the intersection of Lemmon Ave. and Central Espressway, a block south of where the Hank Haney Golf Center’s driving range used to sit), promises to offer food and a backyard seating area — striving for a vibe a la The Foundry/Lee Harvey’s/The Katy Trail Ice House, no doubt. It also promises “the largest selection of Texas beers found anywhere,” just like every other new bar coming to town does. There’s no word at the moment on how soon the space will open.

Anyway, we’re most interested at this point in Green’s involvement in the space and its promise of live music sounds. Gotta wonder how closely he’ll be involved, if he plans on playing the space (which would seem likely, at least as a promotional stunt), how big the venue itself will be, whether the stage will be inside or outside, etc. We’ve reached out the powers that be to try to get some answers here and will let you know what we hear.