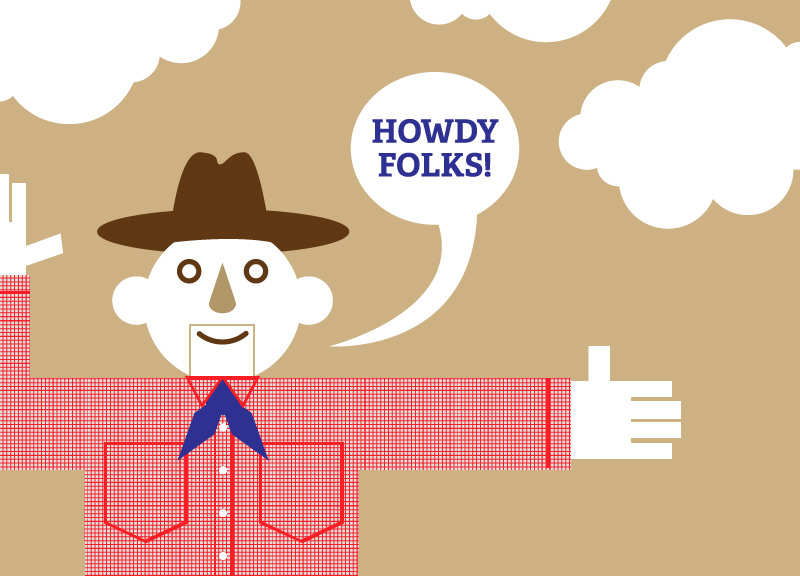 A Visual Guide To The Cost Of The New Big Tex.

In case you’ve been living in a cave, Big Tex burned down at this past year’s State Fair of Texas. While celebrating his 60th birthday, he went up in flames when an electrical short caught his corporate-sponsored outfit on fire.

Thankfully there’s plenty of money floating around this town. And, gosh darn it, there are lots of people want to make sure that Big Tex makes his triumphant return at this year’s fair — and bigger and better than ever, too. Earlier this week, Stair Fair officials announced that a full $45,000 raised in public donations will be put toward rebuilding the titan.

That’s a whole lot of money — especially when you consider that Big Tex started out being purchased from the City of Kerens for all of $750.

So why the huge cost this time around? Well, the new Big Tex will be full of fire safety systems, of course. And he’s getting a brand new home to stand on, too.

Still seems like a steep bill, though. And it got us thinking: What else could you get for the cost of this rebuilt Big Tex?

Here, we answer that question. 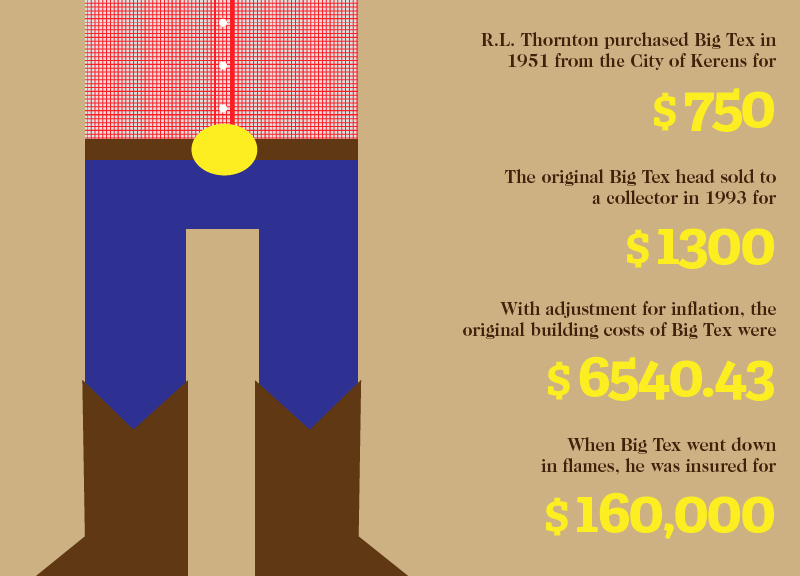 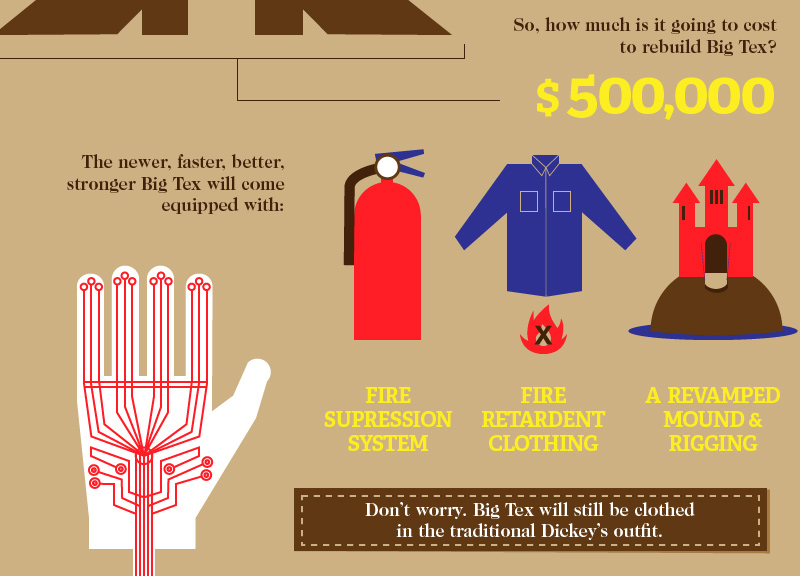 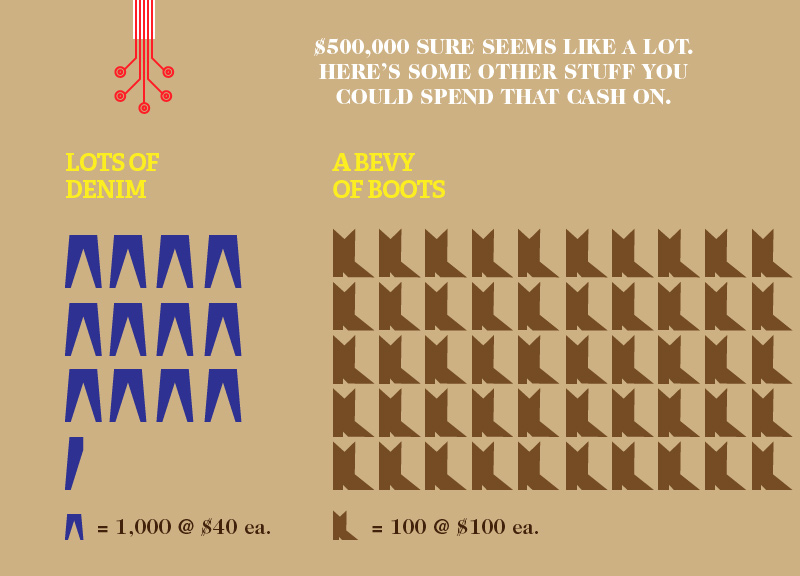 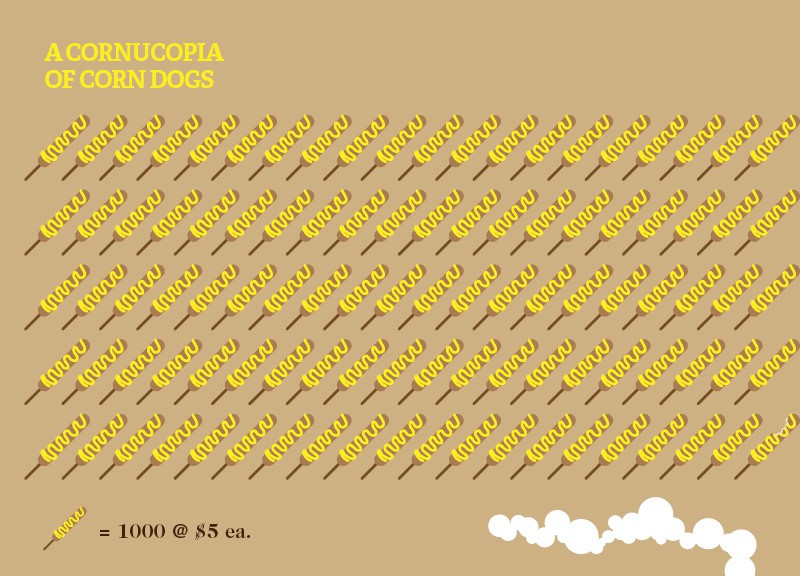 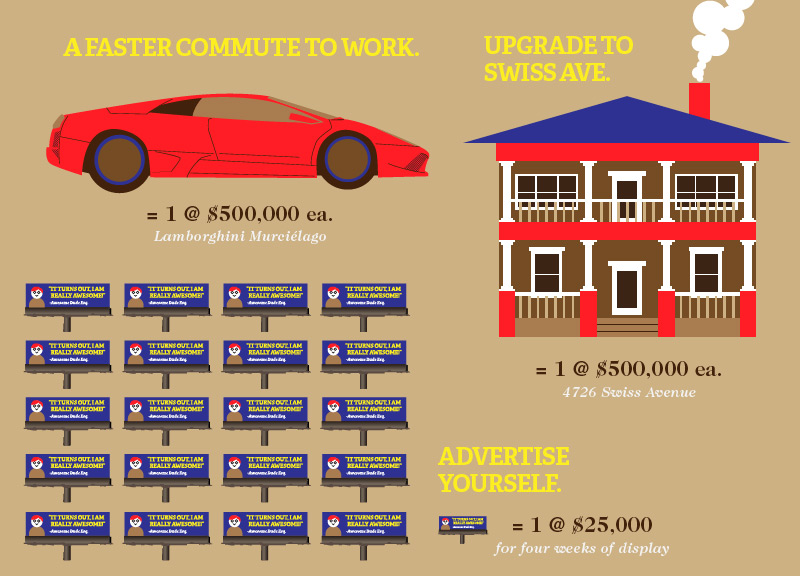 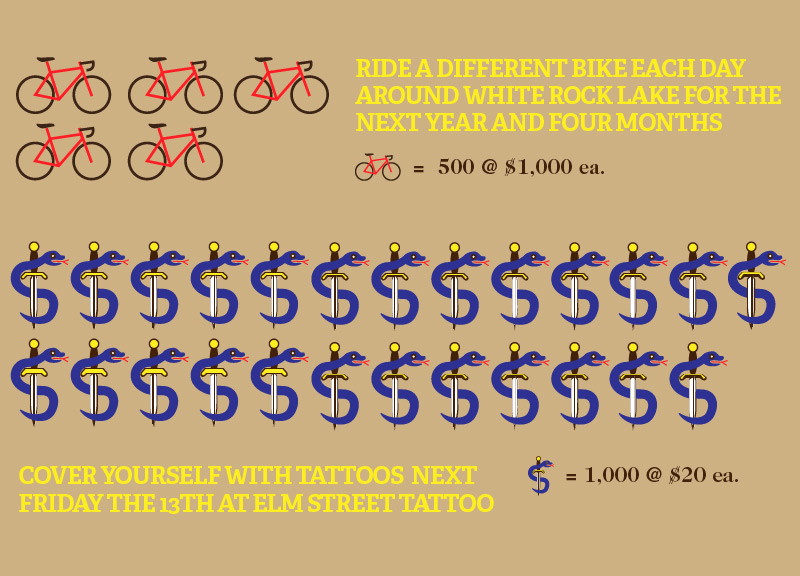 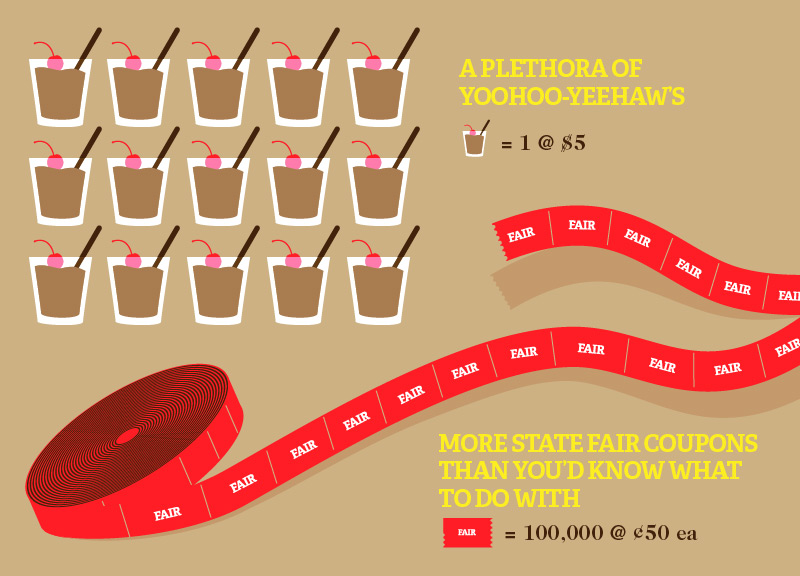