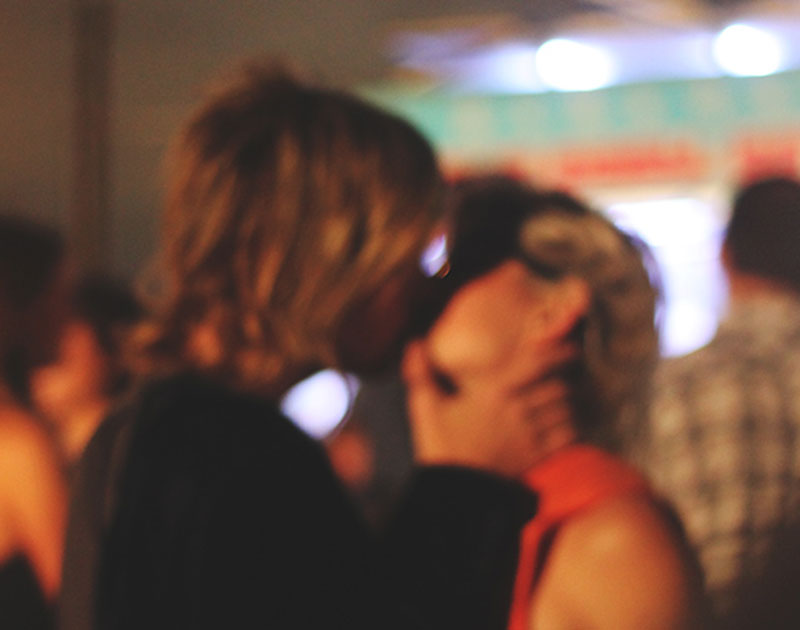 Desperate For Dough? Delight Your Date In Dallas Without Dropping A Dime.

Other than your car payment and the rent, dating can be one of the greatest expenses a single twentysomething faces from month to month.

One way around this is to seek out excessively wealthy partners. Granted, their patience for your freeloading ways may wear them a little thin before it’s even time to take them back home to meet the parents. But, hey, it’s still kind of charming! And, besides, the whole dinner-and-a-movie thing is really played out, anyway.

So stop spending money on dates, folks. Start getting creative, instead.

In order to prove that you don’t really need to spend all that much to have a good time with your significant other, we’ve gone a bit to the extreme and compiled a list of 50 Dallas-area date ideas for you to cop. The best part? You don’t need to spend a dime on any of them.

1. Bust a gut at Dallas Comedy House’s Tuesday night open mics.
It’s a great way to find out if your date has a good sense of humor or not.

2. Sneak into the pool at The Joule.
Hey, it provides a nice opportunity to check out each other’s bods with less clothes on.

3. Enjoy some free sushi on Wednesdays at Dallas Fish Market
If one of you likes sushi and the other doesn’t, it’ll never work out anyway.

4. Take a romantic walk around White Rock Lake.
It’s no long walk on a beach, but it’ll do in a pinch.

5. Have a picnic among the Cattle Drive sculptures at Pioneer Plaza.
It beats that whole trite picnic-in-the-park thing.

6. Hit up the Dallas Museum of Art.
Regular exhibits are free to attend. So go ahead and regale each other with made-up explanations of the symbolism behind each painting.

7. Tea party with the butterflies at the Texas Discovery Gardens.
Because not all bugs are scary.

8. Try Tai Chi in the galleries at the Crow Collection of Asian Art.
It’s always a good bonding experience when a couple tries something new together.

9. Get in touch with nature on a guided birding walk at Trinity River Audubon Center on the third Thursday of each month.
Who knew there was so much wildlife activity in Dallas?

10. Borrow some DVDs from the Central Library and have a movie marathon.
While you’re there, check out one of the original copies of the Declaration of Independence on the 7th floor.

11. Take a “Standing Tour” of the Dallas skyline at Klyde Warren Park.
Things will literally be looking up for you and your date.

13. Catch a B-movie at Texas Theatre’s Tuesday Night Trash.
The couple that laughs together, stays together.

14. Unwind together at the Nasher Sculpture Center on first Saturdays.
Just remember to wear sunscreen.

15. Get stuffed on free samples on Saturdays at the Dallas Farmer’s Market.
It’s like Sam’s Club, but like a billion times classier.

16. Defend your date from a mugger on the Katy Trail.
At the same time, you’ll prove you are definitely worth keeping around.

17. Visit the largest permanent model train display in the country at Children’s Health.
All aboard.

18. Explore historic uptown from an M-Line trolley.
Go on and take a free ride.

19. Retrace Lee Harvey Oswald’s footsteps on the LHO trail of tears.
Trust us, it’s actually a lot less of a downer than it sounds.

20. Pet some dogs and cats at the SPCA.
Who doesn’t love cats? Dog people, that’s who.

21. Catch an in-store performance at Good Records.
The best shows on Lowest Greenville just happen to be free as well.

22. Play dress up at Dolly Python.
You know you haven’t outgrown that game.

23. Have a Ms. Pac-Man tournament at Barcadia’s free-play Tuesdays.
Dates are always impressed when you can point out all eight differences between Pac-Man and Ms. Pac-Man. Trust us.

24. Take a free tour of the Mary Kay Museum in Addison.
Then talk about how much prettier you both are without makeup.

25. Feed some ducks at Cottonwood Park in Richardson.
Grab that stale bread from atop the fridge and go to town.

27. Watch how money is literally made at the U.S. Bureau of Engraving and Printing in Fort Worth.
Probably the most expensive-sounding free tour ever.

28. Make a wish at the Fountain Place fountains.
Make a nice romantic gesture. Just be advised: Wishing for extra wishes is not allowed.

29. Catch some Shakespeare in the Park at Samuell-Grand Amphitheatre on a Tuesday or Wednesday.
Because all the world is a stage.

30. Play some tennis at Kiest Park.
Stay trim with some healthy competition thrown in for good measure.

31. Catch a free show at The Foundry.
It’s one of the coolest stages in town and there’s almost never a cover.

32. Ponder the possibility of a second shooter at Dealey Plaza.
We’re not saying, we’re just saying.

35. Play a round of disc golf at B.B. Owen Park.
Unlike most sports, disc golf is one you can play while still carrying on a decent conversation.

36. Take a hike at the Dallas Nature Center.
It’s called the “great” outdoors for a reason, folks.

37. Do some window shopping at Highland Park Village.
Just because you’re on a diet doesn’t mean you can’t look at the menu.

38. Keep an eye out for the free wine tastings at Veritas Wine Room.
Drinks are always a good tool to help get conversation started. Free drinks are even better.

39. Take a yoga class upstairs at Cosmic Cafe.
Not the best at starting conversation topics with the opposite sex? Why not try a few activities that don’t involve talking first?

41. Play with some pups at Bark Park in Deep Ellum.
Who doesn’t like dogs? Cat people, that’s who.

43. Visit the graves of Bonnie and Clyde.
What doesn’t say “I want to take things to the next level” like making your partner face their own mortality?

46. Sneak onto the roof of the American Beauty Mill Lofts and enjoy the view of south Dallas.
Your date will admire your ingenuity and find your rule-bending ways endearingly rebellious.

47. Explore the tunnels downtown.
So what if you get lost? Just gives you an excuse to extend the date, right?

48. Download a geocaching app and find some local hidden treasure.
OK, so it is pretty nerdy. But it won’t cost you a dime.

49. Snap some artistic photos in Deep Ellum.
Everyone else does.

50. Play a game of tourist/not-a-tourist at the West End.
Just one of many fun games to play in Dallas. (See also: Hipster or Homeless.)