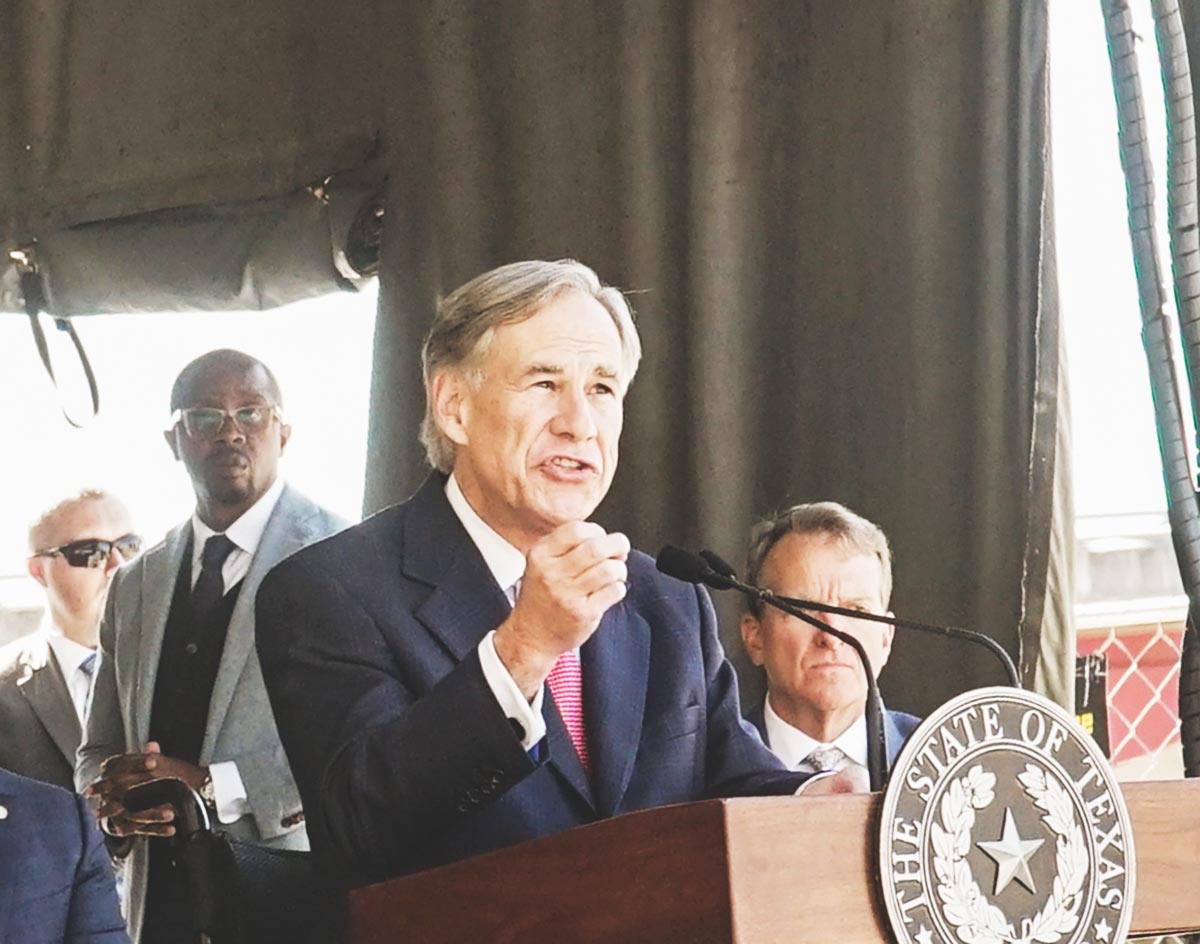 There hasn’t been a shortage in pandemic-related news in North Texas since we last checked in, when things were slightly calming down from last week’s devastating winter storms.

After Winter Storm Uri delayed about 1 million doses of vaccines from being shipped to the state while also temporarily forcing local vaccine stations to close, the federal government announced it would send assistance and resources to the state, including aid to Dallas vaccination sites.

This development proved to be yet another point of contention between Dallas County Judge Clay Jenkins and state officials; after Dallas and Tarrant counties were announced as recipients of federally-managed vaccination hubs, the Texas Department of Health and Human Services said it would reduce its vaccine allocation to the counties.

“North Texas should not be punished,” Jenkins told the Dallas Morning News. “There’s no reason why our hustling to get more vaccines that does not disadvantage the state by one vaccine should result in the state, effectively, shortchanging our residents.”

Things might be slowly turning around — but this thing is far from over, y’all.

On Friday, Dallas County reported 527 confirmed positive cases and 18 new deaths. The county reported an additional 199 probable cases, bringing Friday’s total to 726 cases. The cumulative case is now reported at 244,82. The county’s death toll has now reached 2,941. Though this is an uptick in cases from last week due to Winter Storm Uri, Judge Jenkins said deaths are expected to slightly decrease following the record-high case counts from January.

In a news conference on Thursday, Gov. Greg Abbott hinted at the possibility of ending Texas’ mask order, a mandate that has been in place since July 2020.

“We’re working right now on evaluating when we’re gonna be able to remove all statewide orders, and we will be making announcements about that pretty soon,” Abbott told the press.

This move comes as only about 5 percent of Texans have been vaccinated so far, and as experts say the state — which has already been at the center of national discussion for its bungled pandemic response — is still far off from reaching the necessary amount of vaccines for “herd immunity.”

Surely, no one is expecting this guy to listen to scientific warnings on anything by now, right?

2. FEMA has stepped in at to take over operations at the Fair Park vaccination site.

Following a pause in operations due to Winter Storm Uri, the Fair Park “mega” vaccination site has reopened with the help of about 200 soldiers and emergency management workers. With the additional help, the site is projected to administer nearly 21,000 doses per week of the first vaccine for the next three weeks before moving on to the second dose during the following three weeks.

Sign-ups for vaccines can only be made through appointments approved by Dallas County. The county says anyone who received their first dose prior to this month’s winter storms should return to Far Park for their second inoculation ASAP.

According to the Parkland Center for Clinical Innovation, Dallas County could be on its way to at least 80 percent of residents reaching “herd immunity” by summer.

As of this week, about 44 percent of the county’s residents have either received a vaccine or recovered from contracting COVID-19, according to data from the nonprofit health organization.

If the county can continue to dole out 65,000 vaccines per week while also properly managing infection rates, there is a possibility to be on a path to this critical milestone by mid-June.

4. Globe Life Field in Arlington is open as a new mass-vaccination site as of February 26.

The Texas Rangers’ ballpark is being opened as one of three sites in the state to receive federal aid for vaccination efforts. Along with Fair Park in Dallas, Globe Life Field is projected to administer about 21,000 vaccinations per week of its own.

The site will eventually be relocated inside of the neighboring AT&T Stadium, although specific details have not yet been announced for it.

The Globe Life Field vaccination site will be open seven days a week. Appointments for vaccines at the site must be registered through Tarrant County’s public health portal.

This is the first time the declaration has been rescinded since March of last year when the pandemic first struck North Texas, although county officials made clear on Friday that any standing statewide mandates — such as mask requirements — are to remain in effect in Collin County until otherwise ended by the governor’s office.