100 Things To Do In Dallas Before You Die. 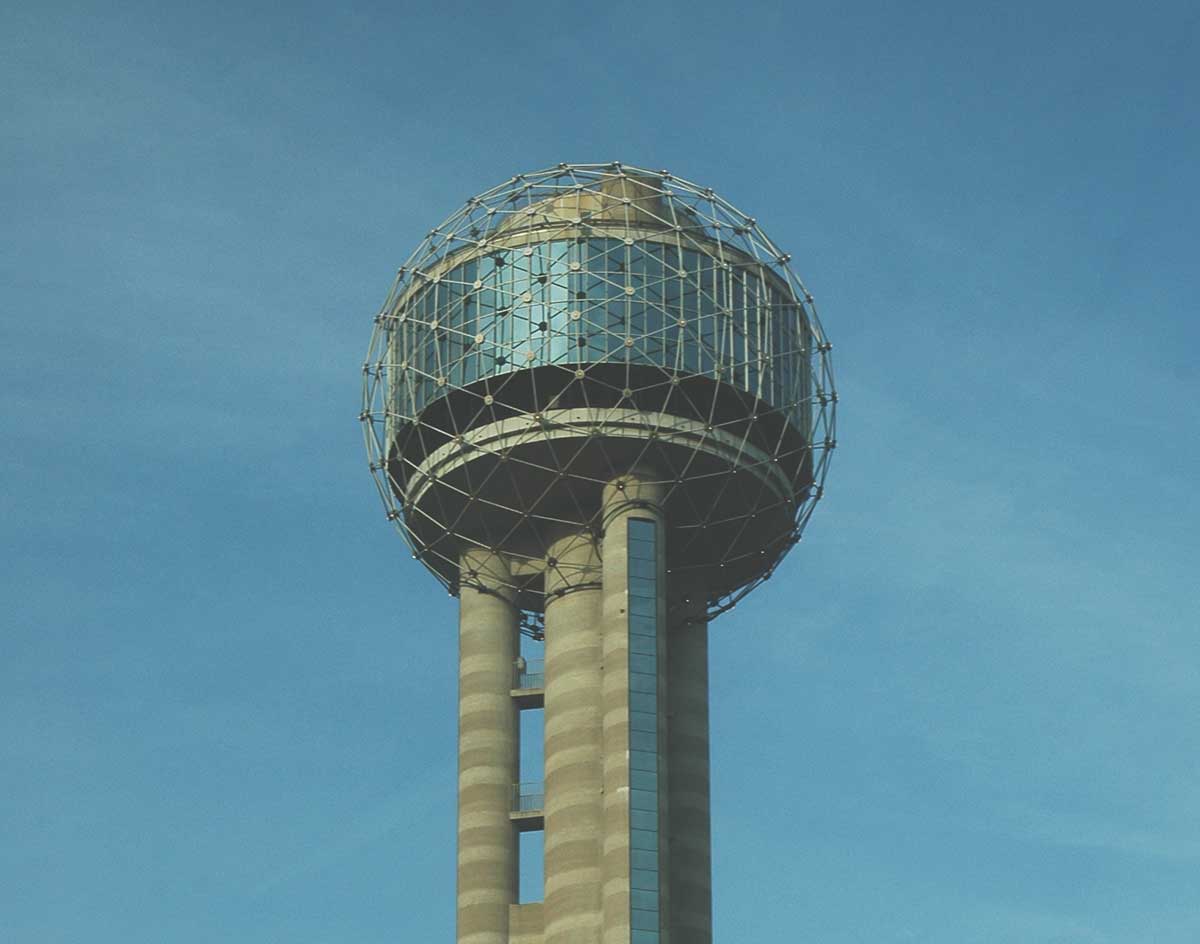 (Or Before You Move To Austin Or New York Or Wherever You Go To Become A Cliche.)

Far too often, our town gets a bad rap due to the prominent cocaine and boob job stereotypes of the $30,000 millionaire crowd, or of the persistent J.R. Ewing, everything’s-bigger-in-Texas image.

It is ideas like these that illicit snarky comments from citizens of other parts of the Metroplex whenever they find out we’re from Dallas. It’s also the reason so many folks from Dallas so frequently migrate to the assumed greener pastures of Austin or New York.

But for anyone who has really gotten to know her, Dallas really is an amazing place.

With the sheer amount of marvelous things to do here, calling this city your church takes very little exaggeration.

Not that any of this is a secret. One just has to know where to look.

To that end, we’ve put together a bucket list, of sorts, of 100 things to do in Dallas before you die or move away.

1. Eat a corndog at the state fair.

2. Drink a beer in your car at Keller’s Hamburgers.

4. Get into a conspiracy debate with a stranger at Dealey Plaza.

5. Sit courtside at a Mavericks game.

6. Give Bob and his keyboard a ride home after a night out in Deep Ellum.

9. Drink a Yoohoo Yeehaw at The Double Wide.

10. Sit in the student section at the annual Texas/OU game.

12. Vomit in a Porta Potty during the Greenville Avenue St. Patrick’s Day parade.

13. Find some inner peace — and maybe get a sunburn — at the Nasher Sculpture Center.

14. Get cultured at the Morton H. Meyerson Symphony Center.

15. Go swimming in the buff at King Spa.

20. Get stuck at the top of the Texas Star Ferris wheel.

22. See how the other half lives on a Swiss Avenue Home Tour.

24. Dance to “Tequila” and win the respect of the Reno’s Chop Shop crowd.

25. Browse through jars of pickled foods while you’re waiting for the staff at Jimmy’s Food Store to make your sandwich.

27. Give a homeless guy some beer money.

30. Sneak into the pool at the Joule Hotel.

31. Make a salad using only ingredients from the Dallas Farmer’s Market.

32. Appreciate the works at the Dallas Museum of Art.

33. Let it all hang out at a Lakewood Theater burlesque show.

36. Catch an in-store performance on the AstroTurf at Good Records.

37. Enjoy a picnic lunch at the Dallas Arboretum.

38. Ride the monorail at the Dallas Zoo.

41. Admire the acoustics at the Kessler Theater.

42. Use the #fartbutt hashtag on the Granada Theater’s Twitter wall.

44. Grab some lunch from a food truck in the Arts District.

45. Look for ghosts at Sons of Hermann Hall.

46. Treat yourself to a medium-rare filet at Al Biernat’s.

47. Learn to D-Town Boogie at Beamers.

48. Claim that you were at Trees for the infamous Nirvana show in 1991.

49. Wait in line with the beautiful people outside of Plush.

51. Reunite with old friends at the Moon Mansion Christmas party.

52. Act like a real Texan at the Mesquite Championship Rodeo.

54. Admire the gold records on the wall at the Vinnie Paul Abbott’s strip club Club House.

55. Skip dinner in favor of a slice of pie from Norma’s Cafe.

56. High-five some vegans at Spiral Dinner.

57. Reminisce about your cocaine-abusing past with Ron Washington.

59. Audition for a part in a Dallas Summer Musical at The Musical Hall at Fair Park.

60. Try all the taco stands in Oak Cliff.

61. Look down on Elm Street from Oswald’s perch at the Sixth Floor Museum.

62. Celebrate the nation’s birthday with a majestic fireworks display in Addison.

63. Enjoy an all-Texas music lineup amid the downtown skyscrapers at the Homegrown Festival.

64. Sit in quiet reflection at the Trammel Crow Collection of Asian Art.

65. Pretend you’re a big shot at The Mansion on Turtle Creek.

66. Visit the graves of Bonnie and Clyde.

69. Yell obscenities at the opponents during a Dallas Stars game.

70. Try to end up at the same after-party as Erykah Badu.

71. Attempt to take down an entire large pie at Serious Pizza after the bars close.

72. Listen to Jeff Liles explain how things used to be better in the ’80s.

75. Enjoy a tasteful striptease at The Lodge.

76. Take an artful picture of the skyline.

77. Argue that the SMU football team would still be relevant if not for the death penalty.

79. Star in an episode of Cheaters.

81. Get into a heated argument about where to find the best barbecue in Dallas.

83. Ogle the sloth at the Dallas World Aquarium.

84. Ride the mechanical bull at Gilley’s.

85. Get called a racist by John Wiley Price.

86. Buy yourself a gift at Neiman Marcus.

88. Audition for a reality show.

90. Recover from the weekend with a nice Sunday brunch on Henderson.

91. Get drunk in the pavilion at the Byron Nelson.

93. Go ice-skating at The Galleria.

96. Kayak down the Trinity River (just don’t drink the water).

97. Take an out-of-town guest shopping in the West End.

98. Goth out and attend The Church at Lizard Lounge.

99. Enjoy a cold one at The Barley House and wonder aloud why the place always smells like vomit.

100. Take in the best view of the Dallas skyline at the Belmont Hotel.