Would You Rather: Klyde Warren Park Fountain 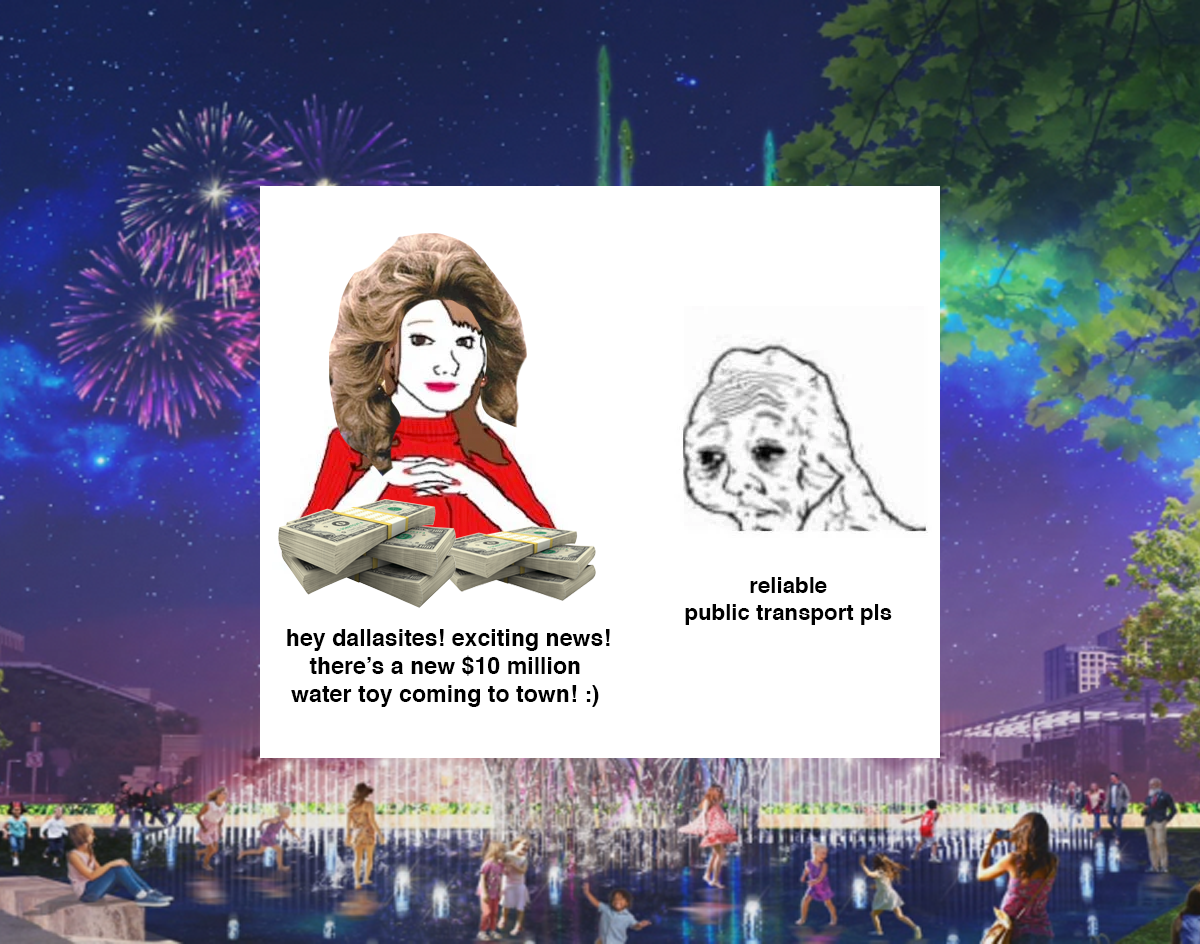 We At Central Track Are Having Difficulties Figuring Out How To Spend $10 Million Dollars And We’re Asking For Your Financial Advice.

Last week, we asked if you’d rather be found out as Ken Paxton’s alleged mistress landing a job with a campaign donor or be the hairstylist responsible for Rudy Giuliani’s hair horror. According to 74.47% of y’all, laying low behind the scenes as Giuliani’s hairdresser is the move. (We don’t blame you.) But this week is a new week, and what a week it was.

Yesterday it was announced that Klyde Warren Park will get a brand new, giant-ass interactive water fountain by December 2021 courtesy of Nancy and Randy Best. According to the Dallas Morning News, this “super fountain” will synchronize with music and shoot out water jets up to 10 stories high — that’s higher than any other fountain in the world. Eat it, Dubai. 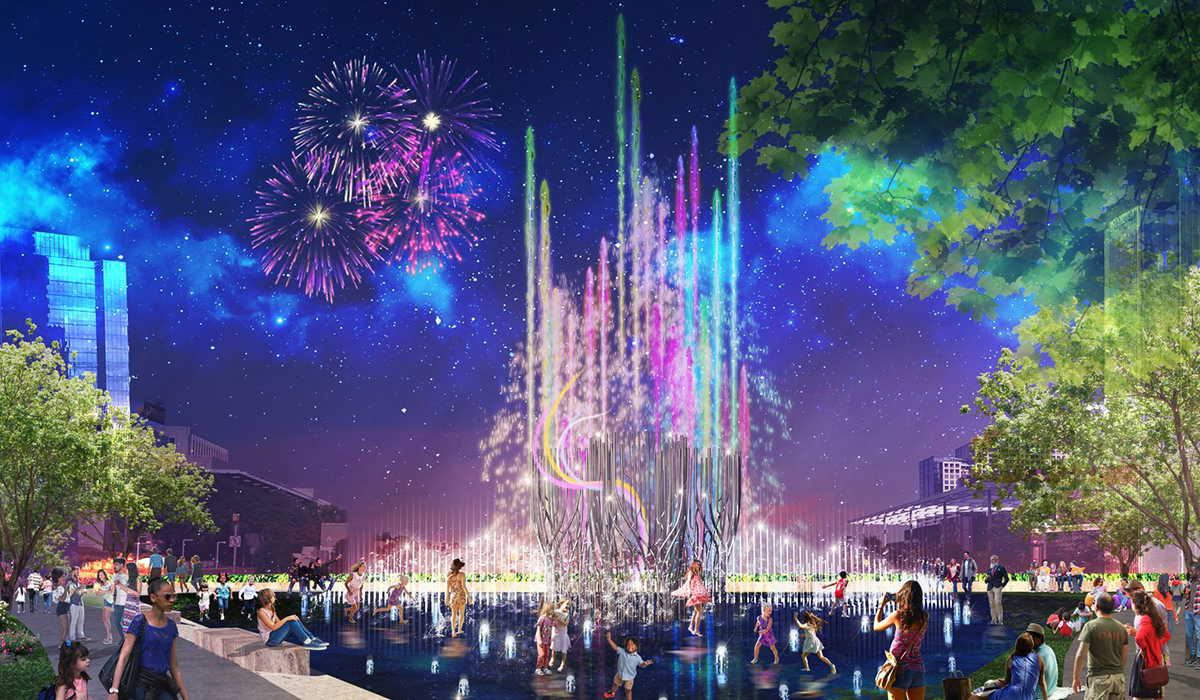 A rendering of the waterfall courtesy of Klyde Warren Park.

It makes sense. Dallas is the stunt capital of the south. Don’t cause a scene — we aren’t debating this.

It’s worth mentioning that this $10 million dollar fountain isn’t coming out of city pockets or from taxpayers, but rather is an expensive gift from the private sector expected to make the Dallas skyline even more recognizable — you know, to give those Yankee folks something to really look at. Why not? We have big attitudes, big hair, big dreams and even bigger capital. Why not floss on these cities and their skylines?

Nonetheless, the people in the digital sphere, as they always do, shared their feelings on the matter. Some felt as if that money could be better spent on other philanthropic efforts since, you know, thousands of folks are lining up at the North Texas Food Bank distribution events during this on-going crisis. Or, maybe like, the fact that Dallas has yet to develop a reliable public transportation system. Really, the number of things you could fill in the blank with is endless at this point.

One thing is for certain though, $10 million dollars is a lot of money.

So, with all of that said: Would you rather spend $10 million dollars on a ridiculous cyber-Disneyworld water fountain in the middle of the city, or spend that money on literally anything else?