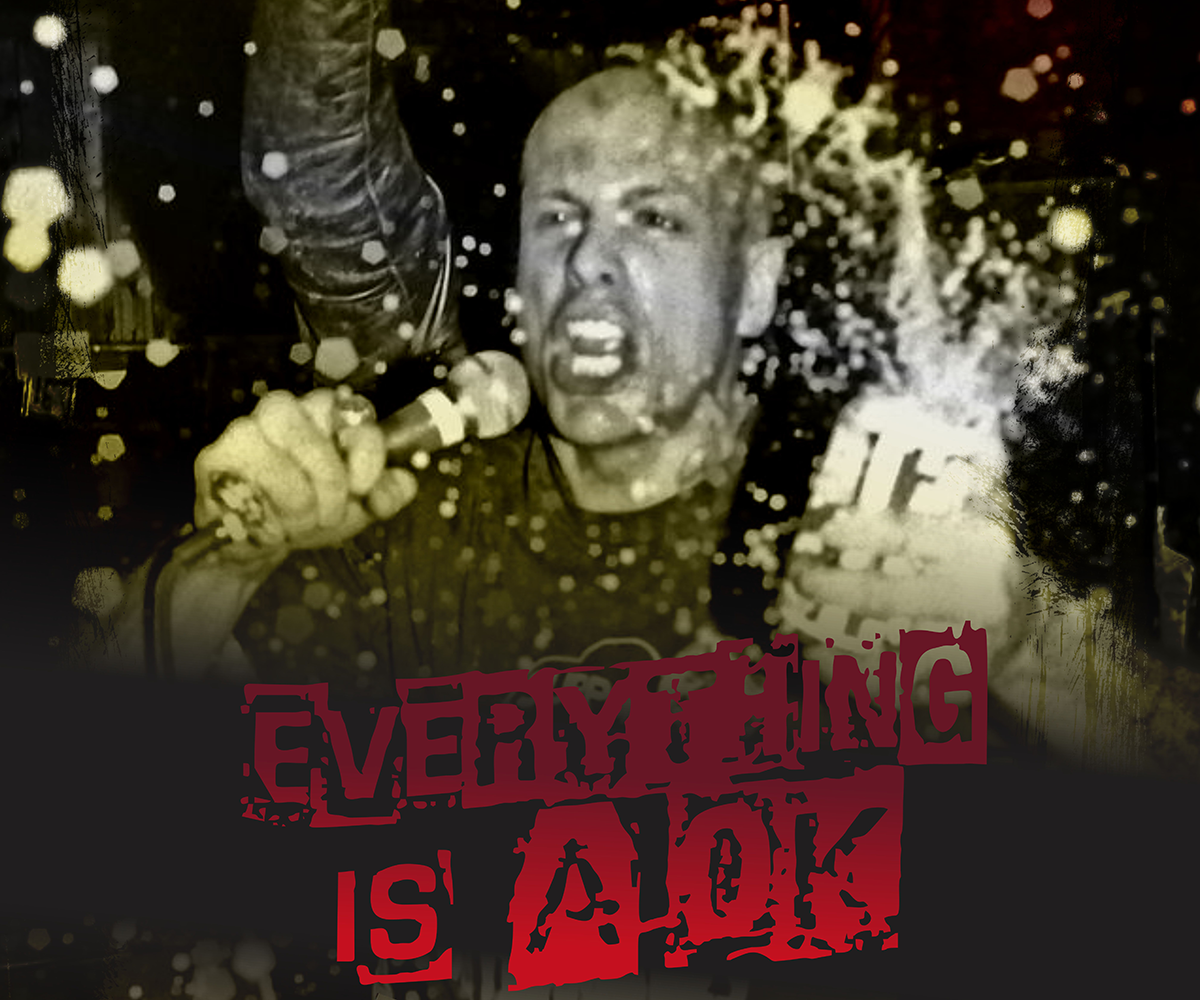 Fringe Media’s New Documentary Chronicles The Early Days of Dallas Punk And The Streets That Helped Shape The Scene We Have Today.

Everything Is A-OK is the latest feature-length film from FRINGE MEDIA — described as a punk rock horror film production company — and director Justin Powers. His independent movie-making is often cited in artistic circles on the streets of Deep Ellum, but before now, Everything Is A-OK  was only a whispered-of documentary focused on Dallas punk rock.

After nearly a decade in the making, the doc has finally come to fruition.

The film premiered the weekend after Thanksgiving with a limited run of screenings, including a drive-in at The Texas Theatre. The film is just as much a perspective chronicle on the history of Deep Ellum and its venues as it is focused on the bands highlighted. It’s an ode to the beloved and now-defunct Gen X punk hang-outs like Bar of Soap and Red Blood Club that shaped the neighborhood over the years, as well as the devotees and musicians that made the early punk scene possible.

We caught up with Powers to talk about the new documentary, what it was like working with legendary director Martin Scorsese and why Texas music drew him in.

Hey Justin, what’s up?
Hey man, your phone call comes up as “Scam Likely.” You’re the first one I ever answered. That’s weird. I guess you’re scam likely.

Haha! That’s us in a bundle. I hope it doesn’t deter you! I know you were traveling for the holidays — did everything work out alright?
I live in Georgia now, so that’s why I wanted to get all the premieres done over Thanksgiving. I planned to release the documentary earlier in the Spring at the Oak Cliff Film Festival, but COVID shut that down. I originally envisioned a big premiere with some of the bands playing at Texas Theatre or Alamo DraftHouse, but it didn’t work out. I started to plan something for the holidays thinking the world would be back to normal, but it’s not… we’re [stil] in a pandemic. It’s a bummer, but I’ve done independent films for a while now and things don’t ever go exactly the way you dream of it happening, but you do the best you can.

Yeah, COVID really wrecked everything. The last time I saw you, you were just in town from working on a set with the one-and-only Martin Scorcese. Before we get into the new documentary, what was that like?
I was working in New York and only went on [set] as a grip for two days, but ended up working with one of my favorite directors. It was crazy because the first day I worked on set it was Scorcese’s birthday, so they brought cake and everyone was out partying. It was weird and exciting watching him walk around. I got to work on a few [Robert] DiNero scenes, which was great. I really wanted to see Joe Pesci, but I didn’t get to work on anything while he was there.

That was The Irishman, then?
Yeah, that was really cool. Just to turn around and be like, “Holy shit, that’s Martin Scorcese right next to me.”

Have you been getting consistent work through the pandemic?
No way. It’s been shut down. I was on an HBO pilot in Atlanta in March and everything shut down. The make-up artist ended up dying on that show and five people got coronavirus on that set. He was a make-up artist that usually worked for Tyler Perry, but he worked on this pilot — within two weeks he died.

Man, that’s really rough. Let’s shift to a lighter note, then: Fringe Media, which is your thing. You’ve been working on Everything Is A-OK for awhile now. I remember hearing about it several years ago. What took so long?
Well, one thing is that documentaries are really hard and time-consuming anyway. I started it in 2013 and shot interviews sporadically for about two years. We started putting stuff together but were still missing archive footage. I put it out there in hopes that we could collect more, but then things picked up with my real job that I actually make money at, so the film got put on the back burner. I was living in New York, but as I came home for Christmas over the past two years, I began shooting a little footage here and there to fill everything out. Finally, the archive footage started pouring in as I announced the film was nearing completion — that stuff is hard to find. I’m glad it did, because I can’t even imagine the film without the bits of footage that I received over the last two months. I guess people realized I was serious at that point because it was finally almost done.

When the coronavirus happened I took advantage of the months I had without work to edit footage. I have a family, so once the kids laid down I would jump on the computer and work on the film for a few hours each night.

Yeah, I noticed you mentioned that at the premiere. I know it wasn’t how you planned things, but I’m glad you got to have some sort of screening.
Yeah. We had a couple screenings. A sold-out, socially distanced drive-in at Texas Theatre, and a screening at the Lost Well in Austin. Then the invite-only Haltom City Theatre premiere. Everybody seemed to really like it, and people were pretty respectful of the policies for a punk rock gathering.

Ha! So what made you want to do a movie about Dallas punk rock. Aren’t you from Arkansas?
I am, but I lived in Dallas for 20 years and I always loved Texas punk music. I wanted to work on a documentary for a long time, but I thought it would only be worth it if it covered something I really loved, because it is so time consuming. It was fun for me to do. I love all the bands and the history.

There’s so many documentaries about New York. I would have loved to do a Texas doc but I realized I needed to localize it because I didn’t have the funds, the time or know-how to be driving all over the state. So I decided to take my first swing on something local with people that are my friends. I know most of the guys in the movie personally [and] I knew I could get a hold of them. I didn’t mean for it to take so long but it worked out. I think it’s good, and I’m happy with it.

It was great! Y’know, a hardcore crossover band called Power Trip from Dallas just got nominated for a Grammy — go figure! I don’t think a lot of people realize Dallas has a rich, diverse music history that helped inspire that. I think our musical community is taking some people by surprise as we blossom on the national scene. Did you feel that early on in Arkansas? What drew you to Texas music?
I always loved the Butthole Surfers because they are a super weird punk rock band. That made me start looking up other Texas punk bands like The Dicks and The Big Boys. I like Texas Punk because it’s pretty weird [and] I like weird music. It’s a way different sound. It’s great because the early Texas bands were hearing the west coast bands, but when they played it — it came out so weird. It’s like they were listening to punk rock and doing too much acid or something so the music came out all crazy. I love that. Plus, if you live somewhere and are part of a scene you just start to love it, because it’s local to you and you’re a part of it, so it becomes a part of you.

Physical copies of Everything Is A-OK can be purchased through FRINGE MEDIA’s facebook page.