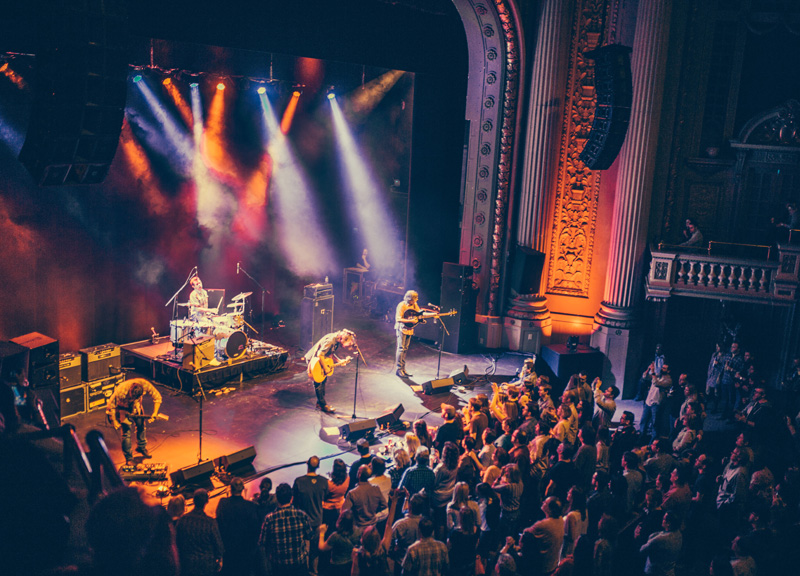 Scenes From Saturday Night's Old 97's Show At The Majestic.

It's got to be one of the least prophetic moments in the band's career.

Sure, Miller and his bandmates are now 20 years older than they were when that song was first recorded. But plenty of folks around these parts still care — enough, anyway, to fill the Majestic Theatre on Saturday night to watch the Old 97's celebrate the 20th anniversary of that debut album. And, for the first half of the band's two-and-a-half hour set, that's exactly what the 97's did, performing that album's 16 tracks in order — yes, even the hidden one.

But the night was as much a novelty as it was a celebration. While songs like “St. Ignatius” and “Doreen” hold up to the point that the band still performs them in its live sets to this day, others songs — such as “Old 97's Theme” and “Ken's Polka Thing” — were reminders of just how young these guys were when they recorded Hitchhike and how far they've come since. The band even kind of acknowledged as much, sandbagging a bit before these tunes, with Miller joking that the 97's thought bands needed theme songs back then and bassist Murray Hammond adding that they timed the song out to be the perfect length for people to leave and get another beer and be back before the good stuff.

During the first set, Hammond and guitarist Ken Bethea were even wearing the same shirts they had on in the photos on the back of the album's sleeve. So, yeah, they had a good sense of humor about the proceedings — repeated sound issues included. Really, nostalgia carried much of the first half of the show. The batch of tunes found on Hitchhike are far sparser than the band's subsequent releases, and they served as a nice reminder of just how forward-thinking this band really was back then. Nobody was combining elements of surf rock, punk, bluegrass and country quite the same way the 97's were at that time, and the current alt-country landscape would look much different had the album never been made.

So it was cool to see the album's producer, Alan Wooley, join the band onstage, playing second guitar on “Wish the Worst” and “Old 97's Theme,” and mandolin on “Doreen,” just as he did when the band was making the record. Other old friends got shouts from the stage, too, including the real-life Doreen — who was in the front row, camera in-hand — and the fellow that loaned the band the $1,000 to make the record back in 1994.

Still, important a record as it is, Hitchhike is probably just the band's fourth-best album. That point was only further driven home by the band's second set, which comprised of material from 1996's Wreck Your Life all the way through this year's Most Messed Up. As much of a celebration of the band's entire career as the second set was, the band couldn't resist the urge to pepper some nostalgia into the second half of its Saturday night gig as well, when it whipped out a couple of Christmas cuts from the 1997 holiday sampler Honkey-Tonk Holidays: Christmas in Deep Noellum.

It was a neat trick, pulling out so many long-discarded tunes, a handful of which the band will probably put back into retirement following its four-city Hitchhike to Home run. Really, though, the dichotomy of the show's two halves only proved that the Old 97's' career is one that remains very much underway. The band can still pull out rock poses and twirl its hair with the best of them — and, as Miller sings in “Longer Than You've Been Alive,” they're still climbing risers they probably shouldn't still be climbing.

Of course, that's never stopped this foursome from trying these tricks out anyway. And, on Saturday night at least, they stuck their landing.

Set Two:
Longer Than You've Been Alive
Indefinitely
W. TX Teardrops
Jagged
Let's Get Drunk and Get It On
A State of Texas
Question
I'll Be Home For Christmas
Barrier Reef
Can't Get a Line
Every Night is Friday Night (Without You)
Big Brown Eyes
Melt Show 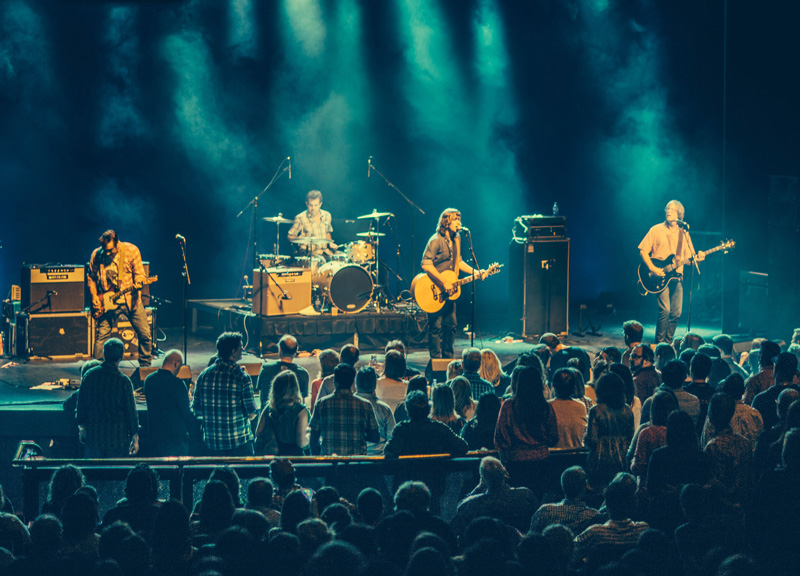 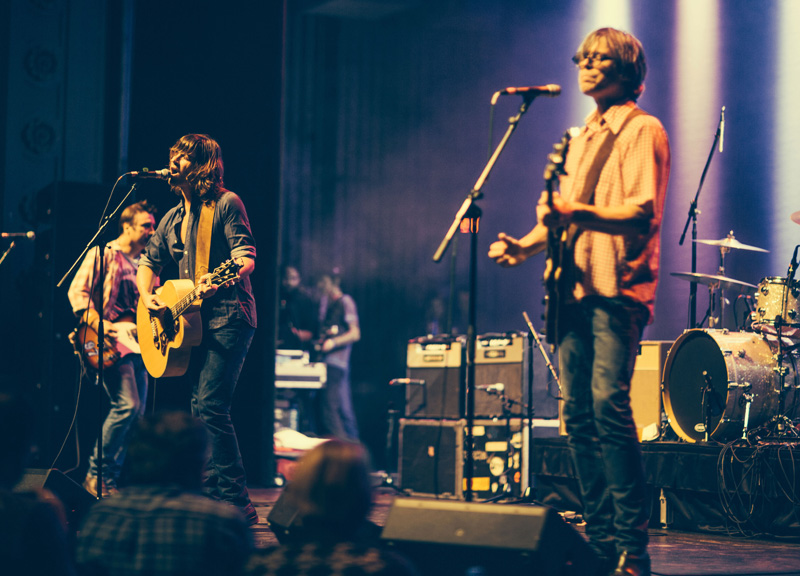 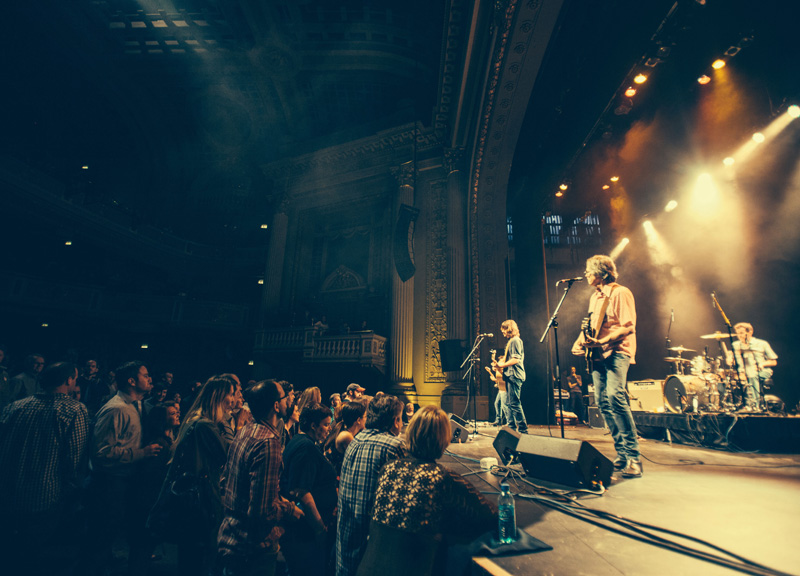 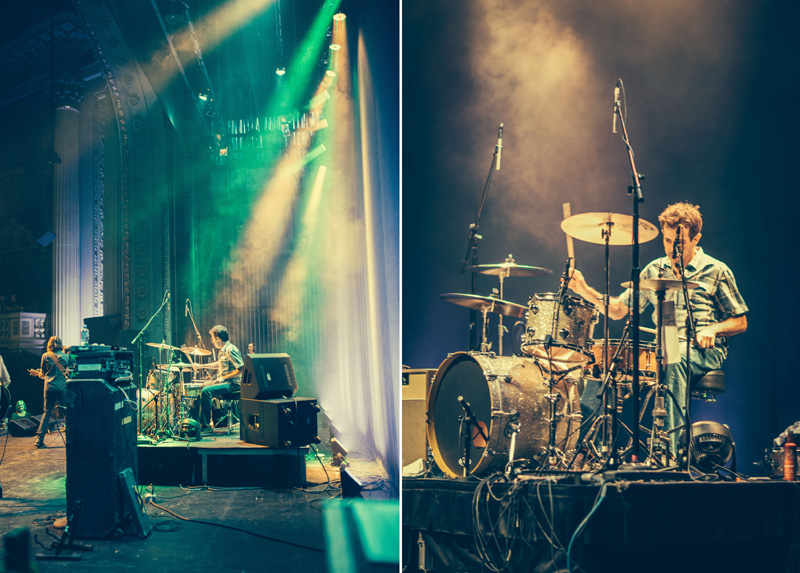 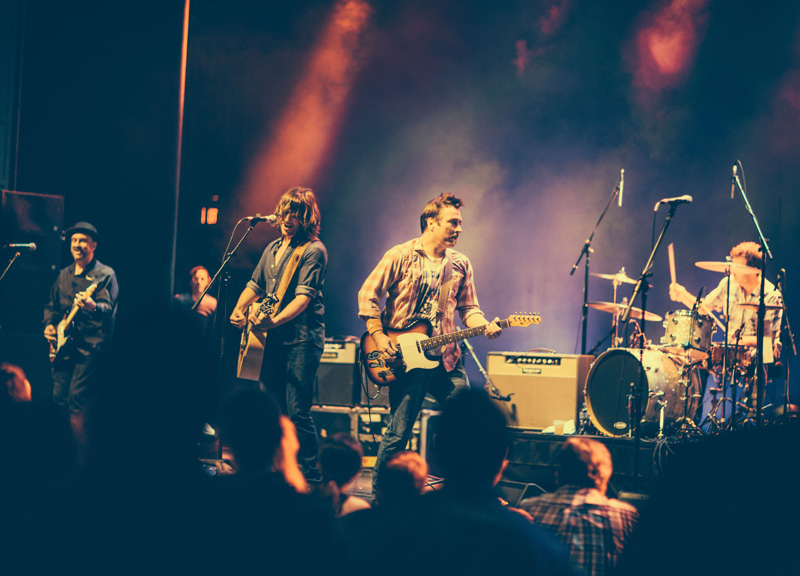 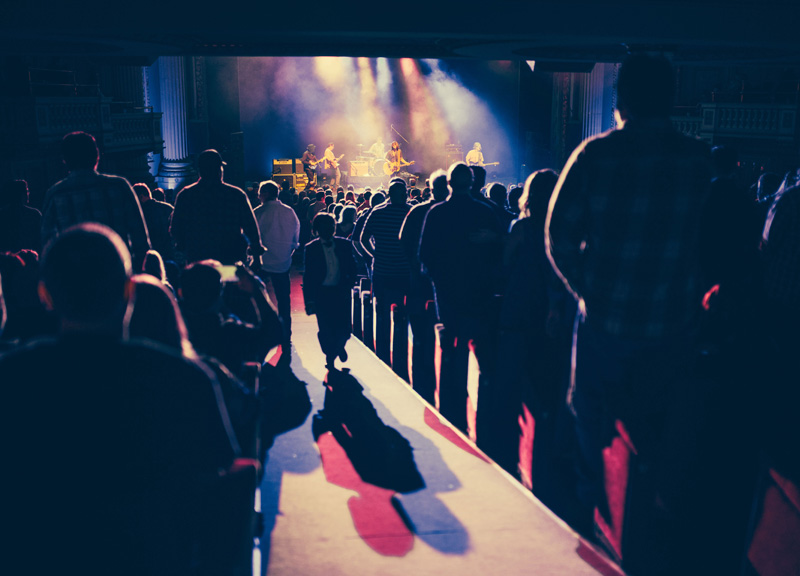 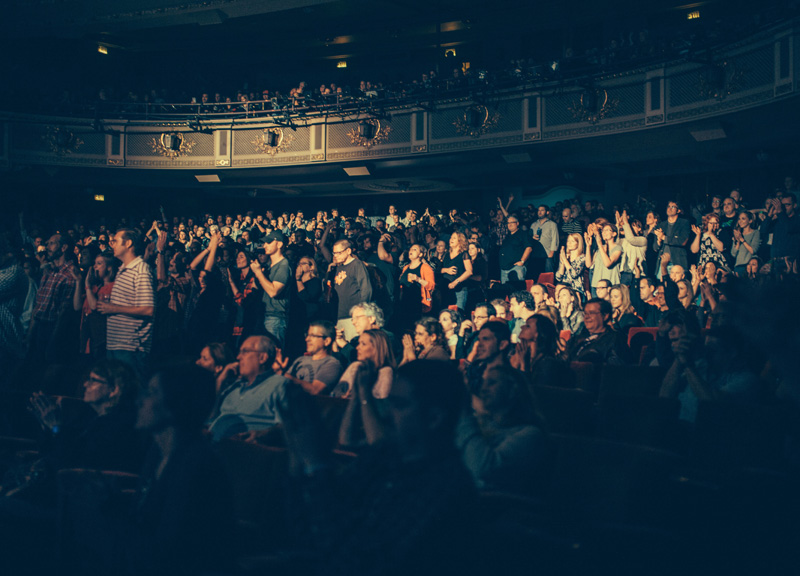 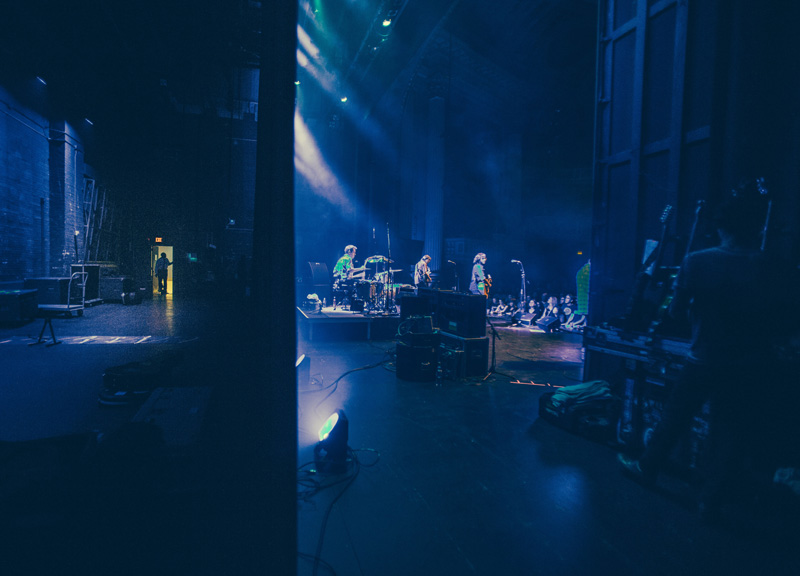 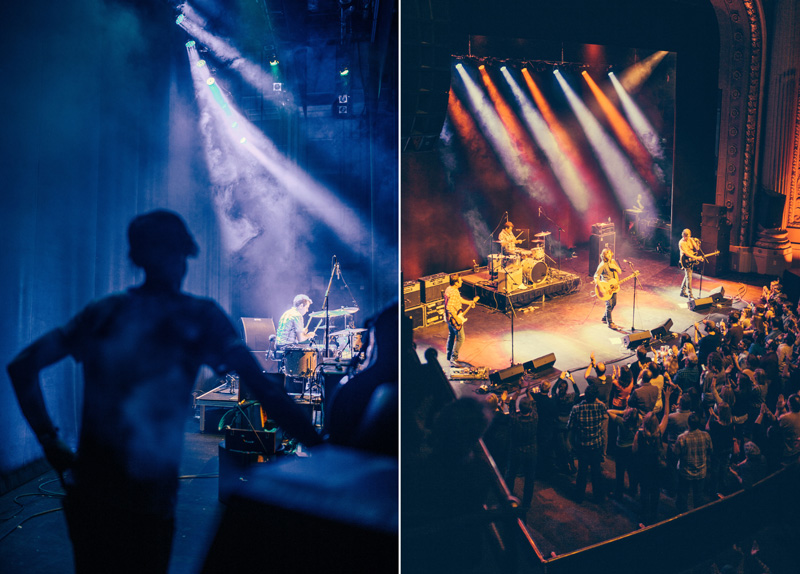 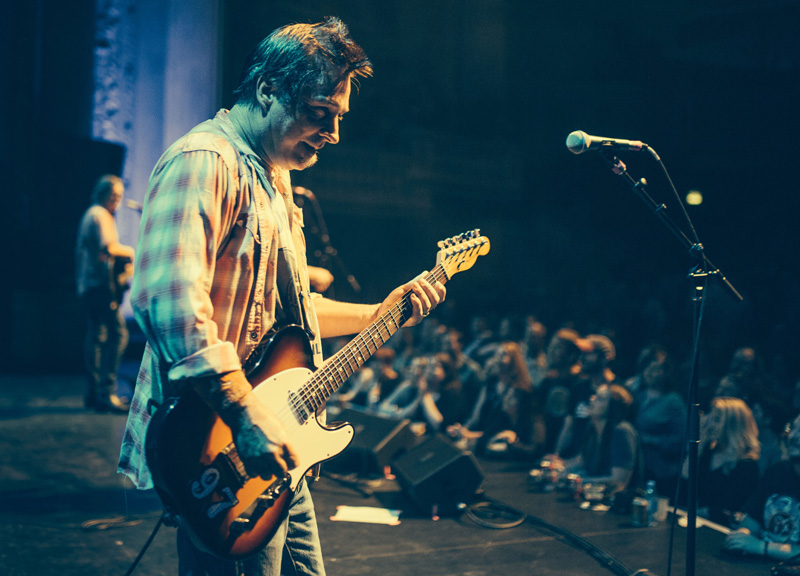 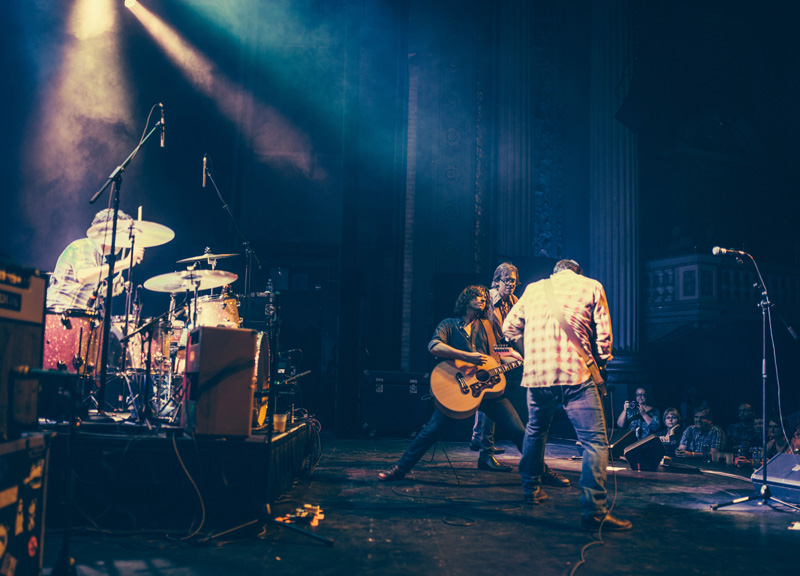 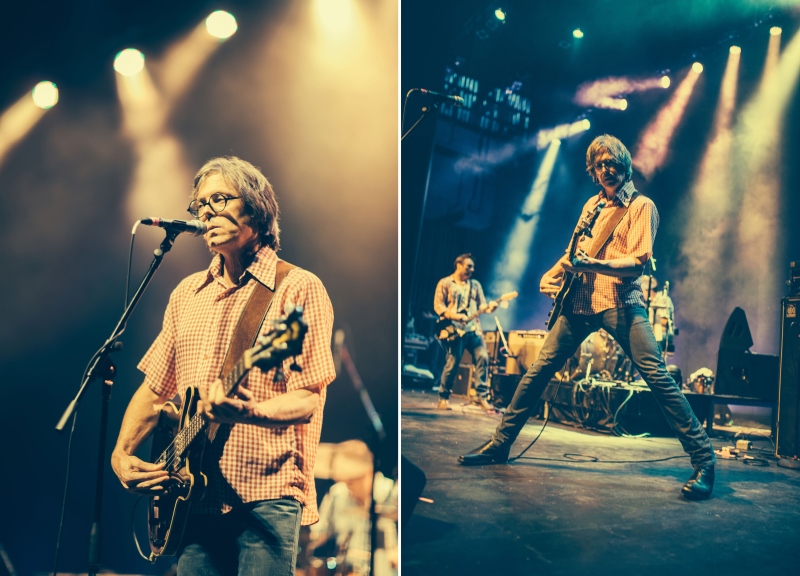