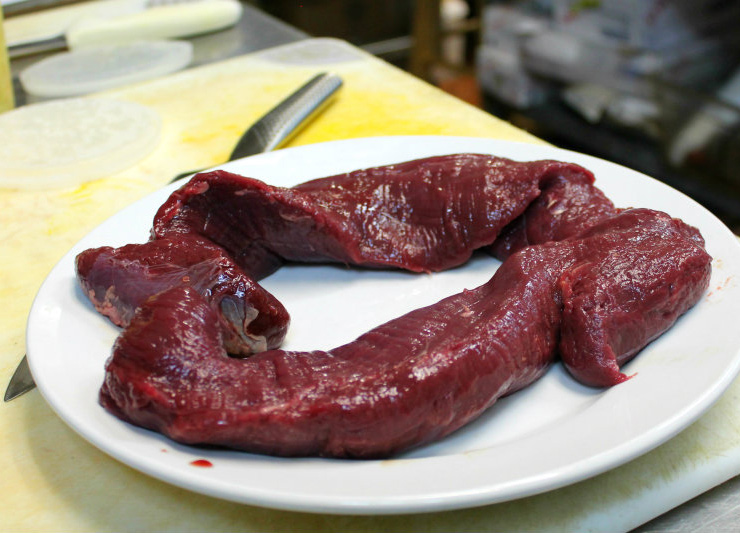 Welcome to Wild Things, where we dive into the kitchens of some of Dallas' most daring chefs to find out what wild, interesting ingredients these food artists are playing with. Whether it's a taboo ingredient or just a food item you wouldn't think you'd find at a certain establishment, it's about time someone highlighted the unconventional or unexpected. Here, we invite you to open your mind — and your mouth — to the wild things in Dallas.

In our inaugural Wild Things feature, we highlight an interesting meat rarely found at a neighborhood pub. Here, Cock & Bull Neighborhood Pub executive chef Asher Stevens dishes on the wildest thing in his kitchen, which was previously featured as a temporary special dish but now stands a popular regular menu item.

What is the wildest ingredient in your kitchen?
I guess the venison. It's farm-raised New Zealand venison. A lot of places don't carry venison, and I don't think most people expect to find that when they walk in the door here.

What does it taste like?
It's a leaner meat. It's a lot leaner than beef, [but] it's similar to beef. This one doesn't have a gamey taste like most people are used to because it's farm-raised. It's a lot milder. It's a venison tenderloin.

Why did you decide to start featuring this ingredient?
Meat's just a big seller here. Fish really never moved a lot, but any type of meat that we bring in seems to move. Venison took a minute to kind of catch on a little. Now we have people that come in regularly for it — at least once a week.

What makes having this item in your kitchen special?
[It let's people] try something different. It's very unique, and the flavors that are involved in the dish [make it worth trying]. The dish itself is a seared venison that's marinated with juniper berries and balsamic vinegar to give it a nice tanginess. It's served with grilled peach epazote chow chow and green tomato concasse. The grilled peach epazote chow chow is like a relish. The green tomato concasse is basically fresh tomatoes that have been peeled and seeded, chopped up and marinated to bring out a little more of the sourness. So you have sweet, savory, sour and tangy all together.

A marinated cut of venison, ready to be seared. Stevens marinates a six-ounce cut of venison in balsamic vinegar and juniper berries for 24 hours.

The thick, juicy cut of venison is seasoned with salt and pepper and seared. The balsamic vinegar it was marinated in caramelizes and results in nice sear marks. 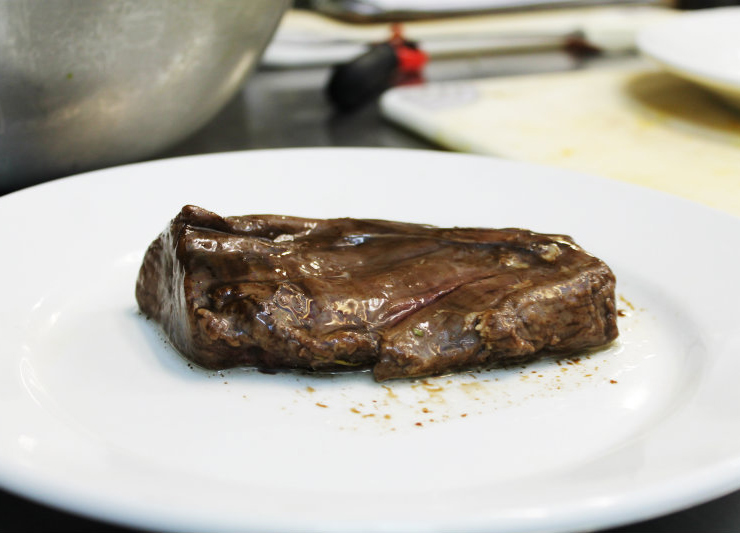 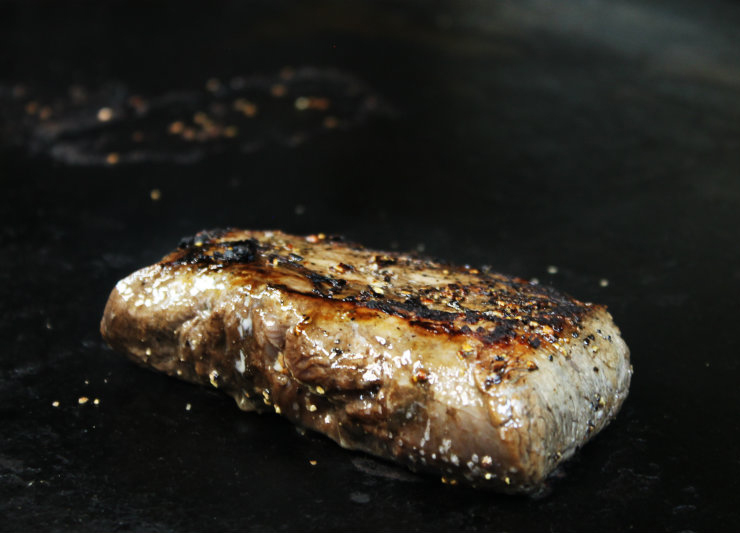 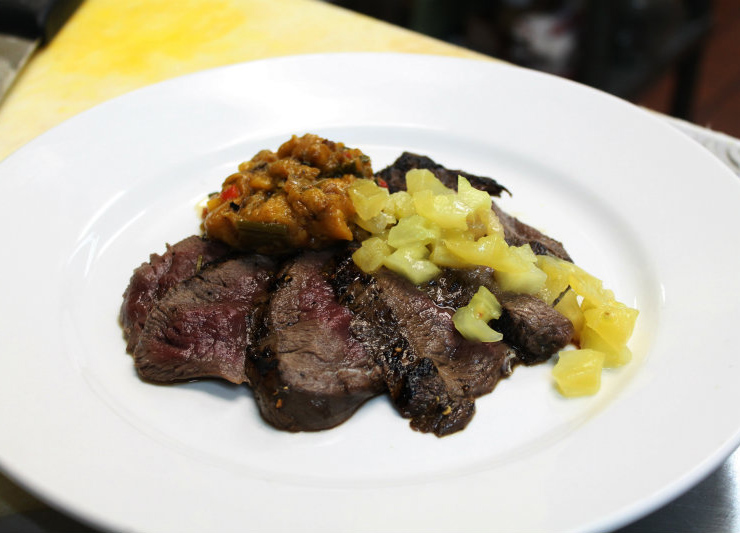 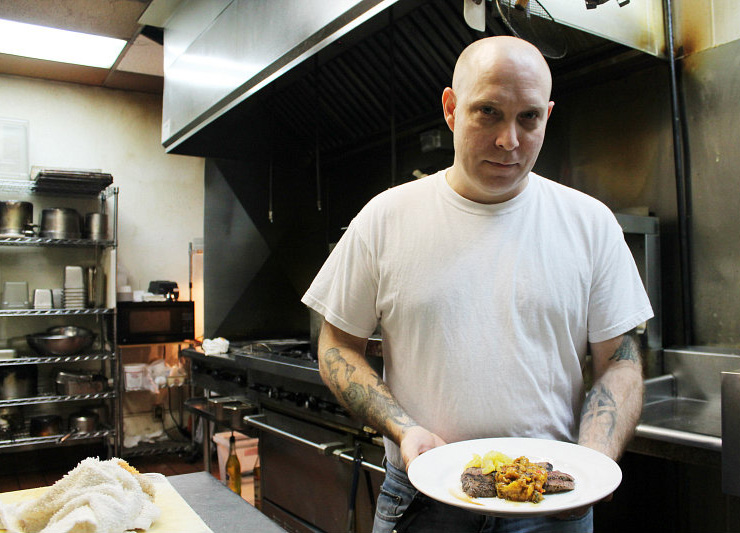