Why Is Dallas Looking To Fund Royal Blue’s Expansion? 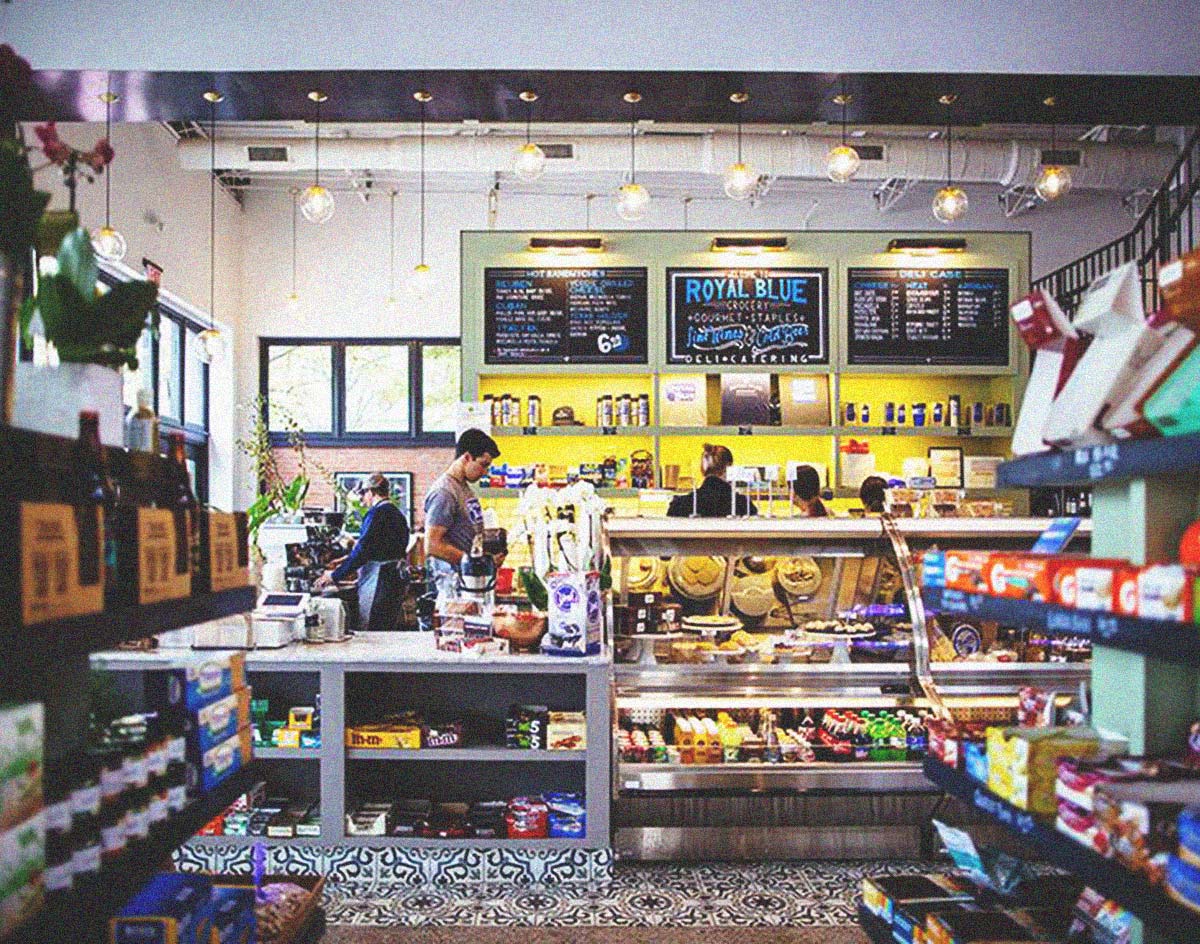 Or: How Your Business Can Go About Maybe Getting Some Sweet Free Money From The City Of Dallas’ Economic Development Committee, Too!

At a meeting on Monday, November 4, the City of Dallas’ Economic Development Committee considered an agenda item in which it was asked to provide $700,000 in monetary incentives for a proposed bodega/grocery store/commissary that’s hoping to open on Davis Street within the Bishop Arts neighborhood.

The location would be the 11th for the Texas-wide “compact urban market” chain Royal Blue Grocery, which boasts a San Antonio location and six Austin shops to go with its three already-in-place Dallas-area locations (in Highland Park Village, the Dallas Arts District and Downtown Dallas).

City Council member Chad West was supportive of the proposal once it came up in last Monday’s meeting, saying that it stood to benefit the economy of District 1, which he represents. In pointing out the $15-per-hour payment requirement that Royal Blue was promising to provide its proposed 30 employees at the location — this payment would come in the form of $13/hour plus an estimated $4 in tips, per Royal Blues own calculations — he also received support from the city’s Economic Development director, Courtney Pogue.

Thing is, Royal Blue Grocery appears to be headed to the Bishop Arts District regardless of whether City Council eventually yay or nays these proposed incentives, which it’s slated to do during a council vote on December 11.

City records show that the company applied for its forthcoming Davis Street location’s Certificate of Occupancy back in the spring of this year. Furthermore, co-owner Zac Porter openly blabbed in a May interview with CultureMap about how excited he and his partners were to move into this location, which was most recently occupied by the similar, 2017-shuttered Bolsa Mercado concept. (It also served coffee, food and a small selection of groceries to go.)

Perhaps that’s why, at the same meeting where West gave Royal Blue his backing, other council members balked. District 4’s Carolyn Arnold and District 6’s Omar Narvaez particularly objected, bringing up legitimate concerns about the subsidy, about whether fancy convenience stores along the lines of Royal Blue represented our values as a city and about the city needing to put its focus toward placing groceries in places of actual need.

In recent years, the City of Dallas has tried using incentives along these lines to draw potential grocery stores to its food deserts in South Dallas to little avail — even with $3 million in Office of Economic Development money being put out there as bait. But Royal Blue’s proposed Bishop Arts home isn’t exactly lacking for nearby grocery options: In the immediate North Oak Cliff vicinity of its future address, a Tom Thumb grocery store can be found just an eight-minute drive west, while a Fiesta Mart is located just a five-minute drive — or nine-minute walk — away to the immediate south.

Of the $700,00 it seeks, Royal Blue hopes to secure $350,000 for building upgrades in the form of a grant from that same Economic Development kitty. The rest — and the perhaps more-troublesome portion — would be provided in the form of a $350,000, five-year loan from the a Chapter 380 Public/Private Partnership Fund that would come with a 3 percent interest rate. Per city documents, this second sum would be used for “working capital” that would be used to help keep all four of the Royal Blue locations in Dallas afloat — all of which are located in decidedly high-end parts of town, excepting of course the Highland Park Village location, which technicality falls within the Park Cities’ municipality.

Does a business such as Royal Blue, which appears to be doing well and expanding quickly — its first-ever location opened in Downtown Austin in 2006 — really need taxpayer support to fund its own determined growth plans?

For his part, council member Narvaez doesn’t think so. At the Economic Development meeting, he moved to send the proposal to council with a “no” recommendation. Alas, his attempt failed when it was unable to garner a second. Without that formal dissent, the item will now arrive on the agenda of the council next month, complete with a recorded “recommendation” from the Economic Development Committee.

Because, well, that’s just how business is done in Dallas.