White Noise: Texas Musicians Have Had It With Mass Shootings. 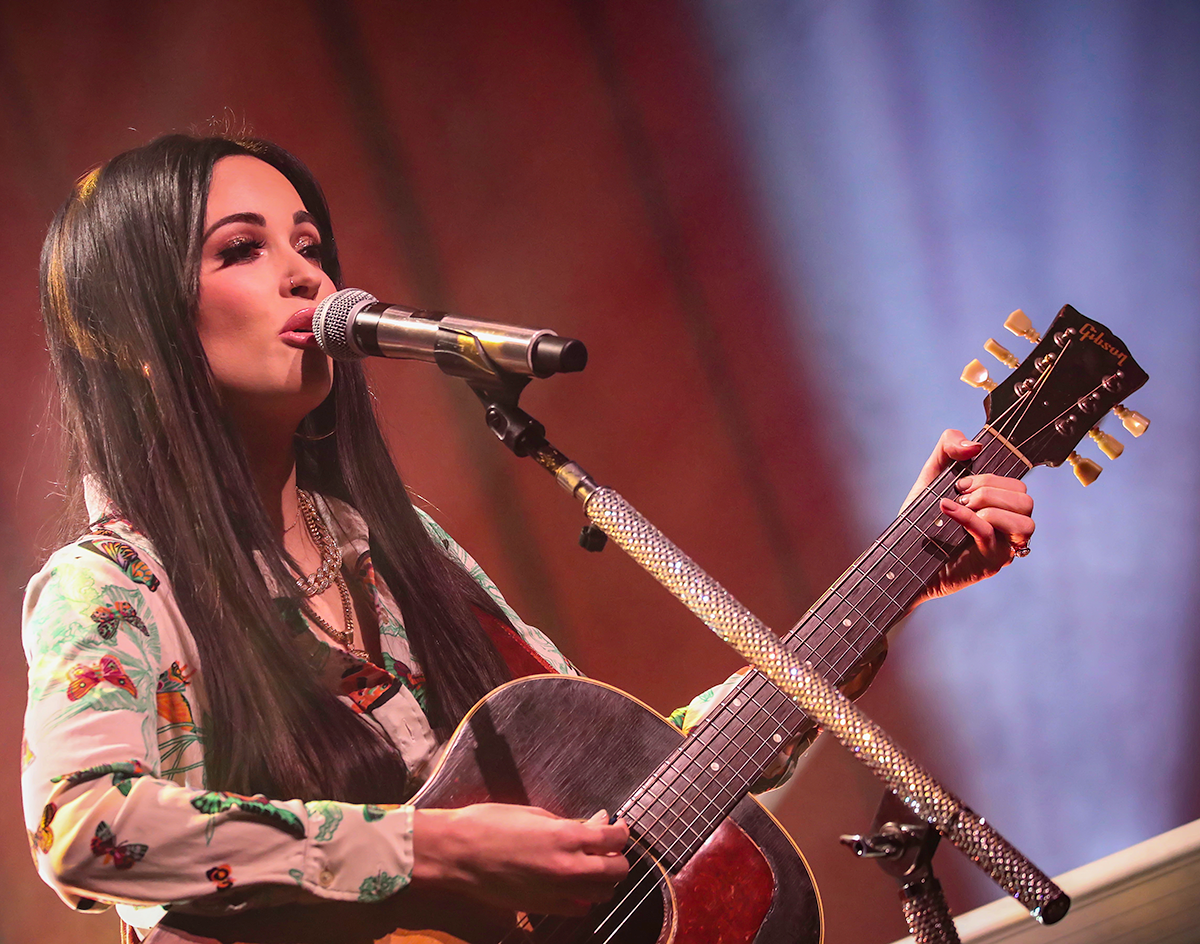 Our political turmoil has reached a new echelon this week following the two mass shootings in El Paso and Dayton, Ohio over the weekend. And in typical fashion, we are in the middle of yet another national conversation on gun control that will likely amount to nothing.

We hope that’s not the case, but history proves we have every reason to be cynical.

It’s comforting, however, to know local country artists with a large and (let’s be honest) conservative bully pulpit are taking a firm stand on the issue — backlash be damned. During her Lollapalooza set on Sunday, Kacey Musgraves gave a shoutout to “everyone who has the bravery to even show up to a music festival.” Before playing her Golden Hour single “Rainbow,” she directed the crowd into chanting “Somebody fucking do something!”

If I see one more politician use their “thoughts & prayers” tweet template they have backburnered for every mass shooting, I’m gonna be sick. We need common sense reform, not 280 meaningless characters. I love you, Texas & Ohio. No one deserves this.

But, the trophy for Best Take From a Local Artist (sounds like a new category at next year’s Central Track Music Honors) goes to Power Trip:

our minds are on el paso tonight. this was nothing less than an act of terrorism perpetuated by mainstream xenophobic rhetoric. don’t like the truth behind that? fuck off. innocent brown people dying because of the diseased rhetoric of our leaders is unforgivable.

The Dallas-based metal outfit has also attracted backlash from a handful of right-leaning fans who have told the band to “just stick to music,” but once Ice-T wears your band’s t-shirt at a show, you have even more license to do whatever you want.

that’s right. you never know how much power you really have until you’re performing; and with a shirt like that on… shit, you’ve transcended the highest plane of existence there is 💪https://t.co/AnWh7bOAEA

Unfortunately, the gun violence doesn’t stop with what happened in El Paso and Dayton. Local DJ Peter Noble Nicholas III aka Pete Mash has been charged with murdering his wife, Jacqueline-Rose Parguian Nicholas, after she was found dead in their room at Hotel Zaza.

On a lighter note, Pinkish Black, who, along with fellow local artist SRSQ (pronounced “seer-skew”), were announced as tour support for Miami sludge metal outfit Torche. This tour won’t be coming through DFW, unfortunately, but we’re still stoked for both acts.

We are very excited to tour with Torche and SRSQ! See you in September!!! #relapserecords #torche #pinkishblackband #srsq

In more metal news, did you know King Diamond, of all people, lives in Frisco? It’s true! That means any news related to the Danish metal legend will now always be pertinent to local music, and therefore,  eligible for mention in White Noise. We only bring this to your attention because Diamond’s influential band Mercyful Fate has announced one of its first shows in 20 years in Diamond’s birthplace of Copenhagen, Denmark.

Next, we hope to see Diamond honor his current city of residence in bringing this reunion to The Star in Frisco. If James Taylor and Future can play there, why not Mercyful Fate?!

If you think about it, it’s not as crazy as Post Malone playing an intimate show with Sublime with Rome as his backing band at New York’s The Cutting Room, thanks to a sponsorship agreement by Bud Light. This was a rather significant gig for Mr. White Iverson, however, as he officially announced the follow-up to his career-defining album Beerbongs & Bentleys and even debuted a single from the upcoming album titled “Circles.”

According to a press release from Bud Light, “Fans were surprised when Fat Joe joined him on stage,” which, yeah, we’d be surprised, too.

Posty isn’t the only one who announced a new album, either. Fort Worth’s Cut Throat Finches have announced a new concept album, In Event of Moon Disaster, which is slated for release later this week. The rock outfit will be playing release parties at Double Wide on August 9, and at Main at South Side in Fort Worth on August 10.

The State Fair of Texas has also announced the dates for its Lone Star Music Series. From September 27 – October 20, local acts such as Joshua Ray Walker, The 40 Acre Mule and Ottoman Turks.

On that note, here are some other new releases that should also be on your radar:

Crayondroids is releasing its self-titled EP on August 9, and the trio has already dropped two tracks from it.

After what seemed like dead beef prior to the confusing saga of his arrest at Unruly Citizens Fest in Frisco last week, M03 has since released a new diss track aimed at on-again rival Yella Beezy titled “Let Me Find Out”:

And finally, death metal band Devourment released a new NSFW video for “A Virulent Strain of Retaliation” from its forthcoming Obscene Majesty LP due out later this month: