White Noise: SXSW Season Is Upon Us.

Several North Texans Make The Cut For SXSW This Year And Oliver Peck Leaves Ink Masters Amid Blackface Photos That Have Resurfaced. Plus More.

It’s that special time of year where music festival lineups drop faster than Jason Garrett’s credibility, and since this week’s offering of festival news has been rather meaty, we’re going to take this opportunity to debut a new White Noise subsegment called “Infinite Fest.”

And what better way to christen this new subsegment than by reporting on the one festival that defines all of Texas and spring break? This morning, Austin music festival and convention SXSW announced over 350 artists that were participating in the music programming, and plenty of North Texas names are included: industrial outfit BATHHOUSE, singer-songwriter Sara King and local country heroes The Texas Gentlemen.

These tidbits conclude our “Infinite Fest” subsegment, but you don’t need to look to music festival lineups to see some of our own getting their due recognition. Dallas rapper Mo3 has been the latest subject of XXL Magazine’s The Break, a column the publication uses to shine the spotlight on some burgeoning names in the rap game.

Everyone has to start somewhere, and many of us have been reminded of this thanks to a collage of yearbook photos of rappers such as XXXTentacion, French Montana and A$AP Rocky that made the rounds on Facebook and Twitter:

36 of your favorite rappers as kids📷 pic.twitter.com/m3pjlypFaB

For those who don’t feel like going through the effort of clicking on external links, here’s the yearbook photo for Post Malone: 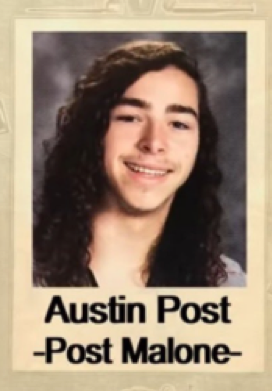 And here’s the one for Tay-K: 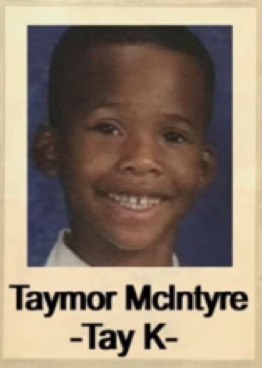 Tay-K only has a measly 19,910 days left in prison, but if good behavior permits, who knows what the court will decide? Either way, answering to a federal appeals court is far different than answering to the court of public opinion. One person who has experienced a bit of the latter is Elm Street Tattoo owner Oliver Peck, who parted ways with the television series Ink Masters after photos of Peck in blackface made the rounds and attracted ire from social media.

No word on how this will affect the future of the annual Elm Street Music and Tattoo Festival, but surely we’ll find out in a future installment of “White Noise presents Infinite Fest.”

Until then, it’d probably be wise for us to seek out positive news in a news cycle that gravitates toward hysteria and dread, and what better news than the fact that the Jonas Brothers landed the biggest radio song of 2019? Per Billboard, the band’s 2019 single, “Sucker,” has raked in a staggering 3.486 billion audience impressions which, by Nielson metrics, makes it the number one radio hit of 2019.

As great as this is, we will continue to march onward to the future, and while we don’t have an exact idea of what that will look like, we do know that per the Facebook post below, next week will consist of a new Rosegarden Funeral Party music video:

And on January 31, Denton’s Tony Ferraro will also be releasing a new album, titled Paj Mahal:

With the past and future out of the way, it’s time that we direct our attention the Ghost of Music Present, as Selena Gomez’s highly-anticipated full-length Rare has finally dropped:

By way of single-related news, St. Vincent just graced us with a remix of Beck’s “Uneventful Days”:

Leon Bridges joined forces with Khruangbin for the just-released “C-Side”:

And for all the hip-hop fans out there, Denton emo rapper Hextape dropped a fresh single titled “Kiss the Boys”:

And finally, a Dallas rapper by the name of the5thspirit also has a new release under his belt with the track “Faith”: