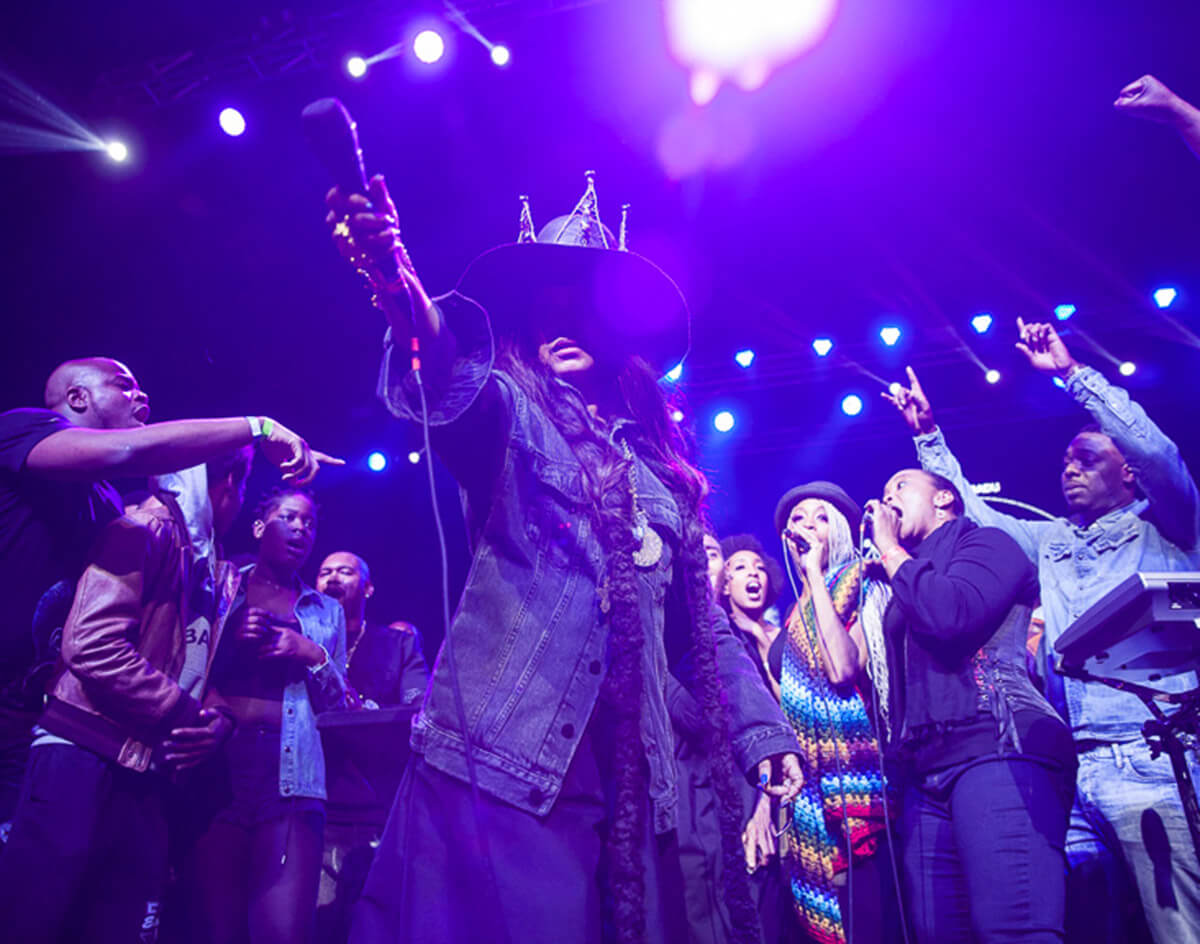 The Bomb Factory’s Hosting Another Erykah Badu Birthday Bash, Fresh 45s Is Coming Back, And Dave Abbruzzese’s Still Sore Over His Rock and Roll Hall of Fame Snub.

Erykah Badu is a Dallas treasure. No singular event is a bigger reminder of this fact than at her annual birthday gatherings. And, just like last year, the queen will celebrate her born day at The Bomb Factory again in 2017.

Just announced today, Badu’s 46th (or second annual 45th?) birthday bounce will go down at the invade, destroy, repeat venue on February 26. This year’s bash will feature The Cannabinoids and some yet-to-be named special guests – but judging from the guests at last year’s party, which included Andre 3000 and Dave Chappelle, it’s probably some pretty significant somebodies. Get your tickets here.

Speaking of Badu, an impression of the “On and On” singer was part of a viral Christmas video last week. In the video, L.A.-based online comedian Jade Novah — who first gained popularity a couple years back with her Beyonce-lampooning Keyonce Bowles character – does spot on parodies of Badu, Michelle Williams, Shakira, Toni Braxton and Christina Aguilera performing Christmas songs.

Merry (late) Christmas to us, one and all. But there’s still more presents to come!

For instance, on January 12, Fresh 45s is coming back. In 2017, though, the Spinderella-featuring all vinyl 45s monthly will be moving to Off the Record. To celebrate the comeback, Spinderella and the rest of the Fresh 45s residents (read: JT Donaldson, DJ Jay Clipp, DJ 5-D and Luke Sardello) will host a party next door at Dada where special guest DJ Maseo of De La Soul will be stopping through.

Another little gift comes from Pikahsso, who dropped his new “Andy Kaufman of Rap” video on Christmas day.

Moving on, the Rock and Roll Hall of Fame announced the official Class of 2017 back on December 20. Among those that’ll get inducted next year will be Pearl Jam, although the band’s former drummer — Denton’s Dave Abbruzzese, who joined just after Ten was released, and played on the band’s Vs and Vitalogy albums – isn’t likely to get into the Hall with the rest of his former bandmates. Like he did back in the fall when the nominations were initially announced, Abbruzzese took to Facebook to express his displeasure with the snub.

“The qualifications required for me to have been inducted with my former band mates certainly have been met. I challenge anyone to justify why I am not worthy of a place in the history of Pearl Jam. The official reason given from the RRHOF makes it bullshit. It make [sic] my years of hard work appear to be worthless towards the success born of the formative years of Pearl Jam. This is simply not the case. The milestones and the success obtained during my period in the band… The Grammy, AMA’s, Mtv awards, over 20 plus million albums sold. Mtv Unplugged performance. SNL twice, etc. Over 275 shows.”

A Change.org petition imploring the Rock Hall to right its wrong is nearing its goal of 1,500 signatures.

Finally, Ferralog Recording Studio, which was most recently seen in Dak Prescott’s Adidas commercial, earned itself a nice feature on NBC.

Cover photo by Jonathan Stafford. Got a tip for White Noise? Email us!