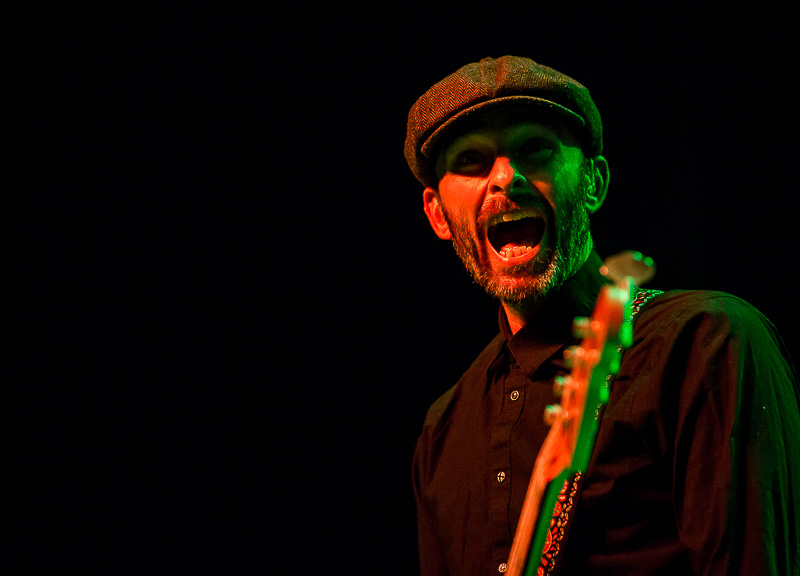 It seems like 2016 has been an especially tough year for folks battling the disease, including countless musicians. Most notably, David Bowie succumbed to his battle with liver cancer back in January. But rap legend Blowfly followed him in death not long after and, just yesterday, founding Surfer Blood guitarist Thomas Fekete lost his own year-long fight.

And now yet another member of the Dallas music community has been effected by the disease: Granada Theater house photographer and Straight Tequila Night guitarist Bill Ellison is currently kicking pancreatic cancer’s ass. Backing him in the fight is the Granada, which is hosting a benefit on his behalf on June 15. There, The O’s, Straight Tequila Night, Andy Timmons, Eleven Hundred Springs and RTB2 will perform, and various items will be auctioned off to raise money for Ellison’s medical bills.

In some happier news, that long-in-the-works Vaughan Brothers statue is finally headed to Oak Cliff. After two years of planning, the brainchild of Buddy Magazine founder Kirby Warnock was officially approved by City Hall last Wednesday. Spanish artist Castro Solano will now begin work on his approved memorial, which will land in Kiest Park — not far from where the Vaughan boys grew up — at some point in 2017.

Let’s all raise a glass to that bit of news! A fitting beer to fill that glass with, perhaps, might be one of the two new Toadies brews from Martin House Brewing Company. After the two entities teamed up with the band to release Rubberneck Red and Bockslider in recent years, their collaboration now continues with Hell Below, a strong black ale, and Stars Above, a raspberry sour ale. The beers, says GuideLive, are complimentary flavors designed to be poured into a single glass, where they form a mixture nicknamed Purgatory by the Martin House crew. The band will perform a launch party for the beers at the brewery on Saturday, June 26, and tickets to that go on sale this Friday.

Hey, here’s something else that’s pretty dang cool: After 40 mph winds shut down the main stage at this past weekend’s Sasquatch! music festival, it looked like Leon Bridges‘ scheduled appearance would have to be cancelled. But as a man of the people, and a guy that just can’t stand the thought of letting his fans down, Bridges popped down into the audience for an intimate acoustic set. What a badass motherfucker he is.

Moving on, a recent article in the New York Observer has been getting lots of love for shining some light on the Dallas music scene’s unsung heroes. The feature notes that “[Dallas] boasts players who have worked with pretty much every you-only-need-one-name star: Justin, Prince, Michael, Janet, Stevie, Beyoncé, Kendrick, Jay, Puff, and dozens of others,” and then it goes on to namedrop many of those big-time behind-the-scenes movers and shakers. It’s a fine read, and a thing you should definitely go click on ASAP. Before you do, though, we’ve got to make one quick correction to a fun fact towards the end of the piece: Dallas’ Lemmon Avenue was not named after famous Dallas blues musician Blind Lemon Jefferson (note the two m’s in Lemmon); the street was actually named after noted architect Mark Lemmon, who designed the Cotton Bowl, among other local landmarks.

We’d also like to recommend another trio of big national profiles from the past week for your reading pleasure:
• True Widow frontman DH Philips earned a feature in Texas Monthly thanks to his furniture-making expertise.
• Post Malone garnered an especially long profile in Complex chronicling his rise “from Souncloud to stadiums.”
• And the legend of the Butthole Surfers was recounted yet again, this time by Noisey U.K., which pointed out the band might record another album later this year. Maybe!

A couple of other albums to look out for include a remixed and remastered 15th anniversary version of Lift to Experience‘s critically acclaimed debut album, which should hit stores later this fall. Check out a sampling of the revamped record below.

Be on the lookout, too, for the official debut EP from The Dividends (read: the Symbolyc One and Sarah Jaffe collab) that’s due out on Kirtland on June 24. Peep a music-free teaser clip for the album below.

Finally, Alex Bhore and Donovan Jones recently announced they are leaving This Will Destroy You, meaning that, for the moment, the band no longer counts any local members among its ranks. Both have said they plan to continue making music. Jones will for sure continue making music under his Black Taffy solo moniker, and Bhore has become a pretty in-demand producer of late, working with Siamese, Pale Dian and Jacob Metcalf in recent months.

Cover photo of Toadies by Allan Hayslip. Got a tip for White Noise? Email us!