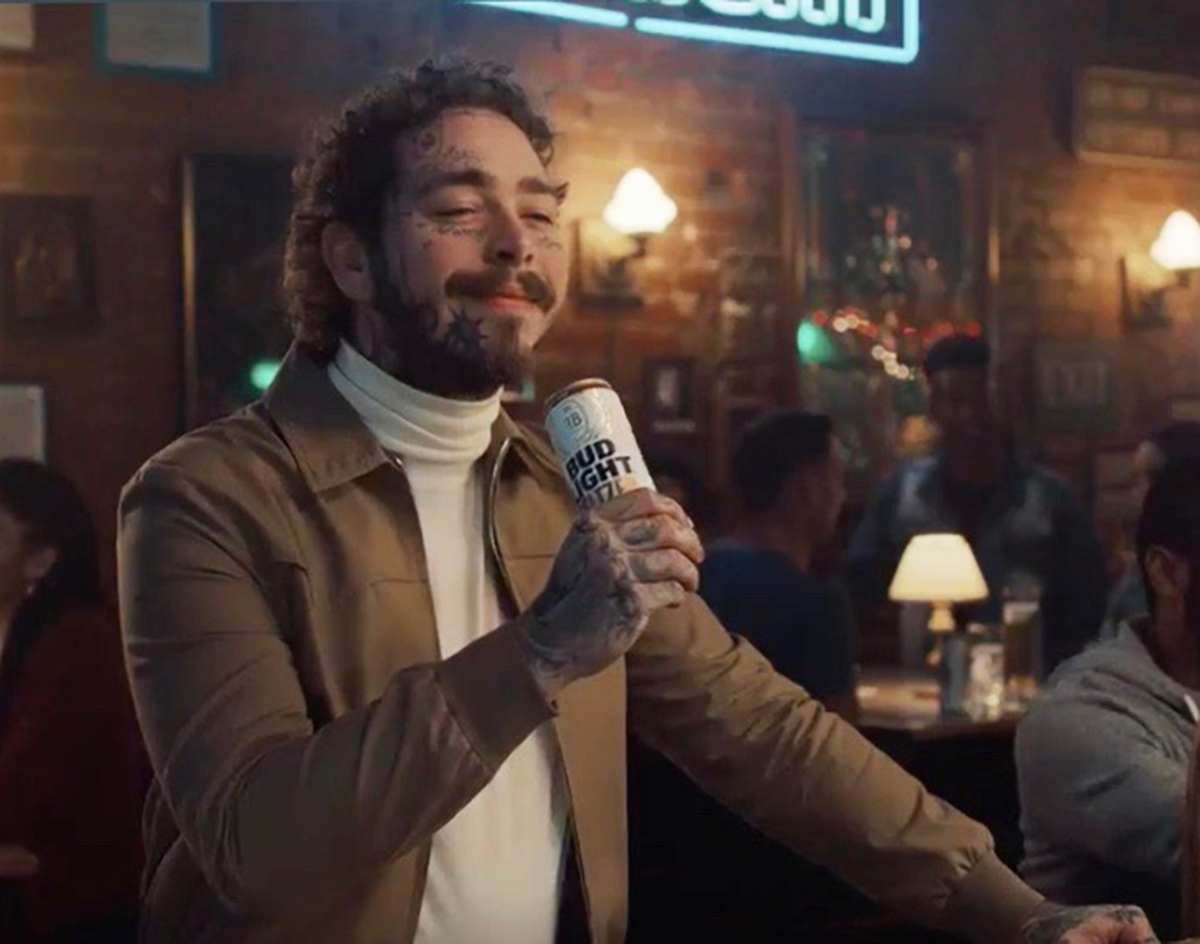 The Grapevine Native Stars In Not One, But Two Bud Light Ads The Brand Is Teasing To Air During The Main Event On Sunday.

Post Malone is basically the scruffy, tattooed face of Bud Light at this point. So much so, in fact, that he’ll star in the biggest moment of the year for the beer-drinking demographic — the Super Bowl.

Remember when Anheuser-Busch literally put his face on Bud Light cans? Or that time when they convinced Jerry Jones to go against AT&T Stadium’s exclusive Miller Light deal and serve Bud Light at Posty Fest? Well, now they’ve somehow managed to top that.

In a move to promote the brand’s hitching of a ride on the hard seltzer bandwagon, Bud Light recently dropped not one but two new ads starring the Grapevine native. Now, the brand is asking fans to help decide which of the two ads will air during the game. (Does it matter if we’ve already seen both now?)

The twin ads — titled “#PostyStore” and “#PostyBar” — find Posty in a panic when presented with the option of drinking a mango hard seltzer.

The face-tattooed workers who operate the Hollywood’s Bleeding rapper’s mind join him in panic as internal pandemonium ensues. “#PostyStore” results in his crashing into the aisles of a convenience store as the left and right sides of his brain battle over the very difficult choice of standard Bud Light or a hard seltzer.

Eventually, someone chimes in and say, “Guys, guys! We’re incredibly rich! Let’s get both!”

With fewer than half amount of retweets at the time of publish, though, it looks like “#PostyBar,” which finds Posty unable to control his motor skills in public before yelling “shut up, spleen,” won’t be gracing our television screens.

But listen, we’re so charmed by Post Malone by now anyway that we’ll take either ad.