What To Know About Dallas Noise Ordinance Enforcement. 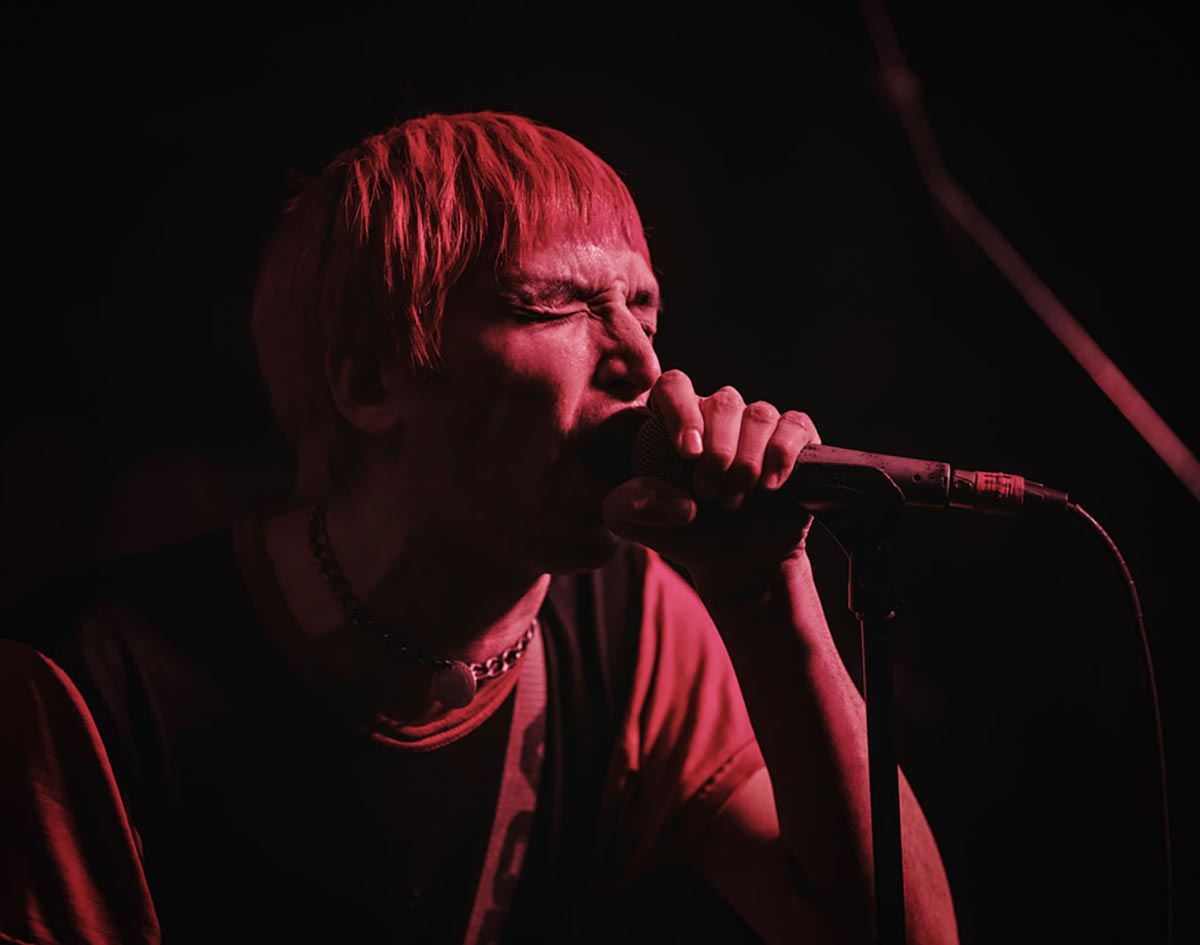 In The Wake Of The Pandemic, Code Officers Have Upped The Enforcement Of Supposed Noise Ordinance Violations Across Dallas. Here’s What You Need To Know.

The sound of silence is not a familiar one on the streets of Deep Ellum.

So, yes, the emptiness caused by closed businesses in the neighborhood was another mind-breaker on the long list of unprecedented phenomena caused by the COVID-19 pandemic. Now, though, as live music and bar-hopping are making a long-awaited return to the entertainment district, the buzz is being killed for another reason.

In recent months, the City of Dallas’ Code Compliance Department has been conducting what seems to be a crackdown on noise across the city. Dallas’ newfound interest in keeping the peace is sure to be appreciated in some residential areas, but what works for some parts of the city, doesn’t for others — like Deep Ellum or Oak Lawn — where noise and nightlife is, y’know, kind of the whole point.

Suddenly, small businesses are getting hit left and right with warnings and citations for being too loud.

The biggest question: Why now?

We can’t help but think it seems a little malicious considering the losses these business owners have taken on due to government-mandated shutdowns this past year-and-a-half.

The fate of the situation isn’t all too clear yet but, rest assured, impassioned business owners, staffers and residents are making moves to get the city’s attention. A petition asking that the city chill with this enforcement in Deep Ellum has garnered more than 6,000 signatures so far.

Freshly elected Dallas City Council member Jesse Moreno — he represents District 2, which includes Oak Lawn, The Cedars, Deep Ellum and Old East Dallas — is being looked to as the spearhead to keep the entertainment districts lively.

Is there anything he can do to fix the situation, though?

Here’s everything we know about the recent enforcement on noise ordinances.

This All Started On St. Patrick’s Day

According to a presentation by Dallas Code Director Carl Simpson at the Public Safety Committee Meeting on April 12, 2021, code enforcement led “a proactive, after-hours overtime weekend enforcement” for the holiday, which was about the time the state fully opened up after pandemic-induced shutdowns.

“We understand, right? We understand that bars and restaurants have been hurting since the pandemic,” Onyechefule tells Central Track. “It’s more of a courtesy thing, to just be like, ‘Hey, let’s all just try to be good neighbors for each other.'”

He also disagrees with the “crackdown” description that many have used to describe his department’s recent eforcements.

“I know that our city council looked to see if we can find ways to make sure that noise is an issue that that doesn’t arise,” Onyechefule says. “So, in April, code came up with a team that partnered with [the Dallas Police Department] to just go around and educate establishments around the city.”

It’s Not Just DPD Responding To Noise Any More

Before, the Dallas Police Department handled noise complaints. Now, with the introduction of a whole new group of eyes and ears conducting site inspections in the form of code compliance officials, more people are susceptible to fines.

According to current procedures, Code Compliance will respond to noise made at commercial properties, whereas DPD will address residential noise issues.

Code Compliance works 7 a.m to 6 p.m during the week, and 8 p.m to 1:30 a.m on Fridays, Saturdays and Sundays. They also work addition hours as needed based on complaints.

As verified by Onyechefule in an email, nine citations have been issued in Dallas since these enforcements began in April.

Other cities aren’t milking their citizens as much. Nashville’s penalties range from $50 to $500. Chicago’s are $400 to $1,000. Austin and San Antonio go no higher than $500, and classify offenses as Class C misdemeanors — not criminal.

Now, venue owners are left wondering why they and their neighbors are being billed that kind of money when they’re just getting back to what they have always done: providing a space to be social and enjoy some tunes.

“The weather’s beautiful and all these businesses have lost money last year, so now we’re trying to generate revenue,” says Deep Ellum club The Nines owner Allen Falkner. “We’re trying to keep people outside and separate, and then we get hit with this, ‘OK, nobody outside, everybody inside — pack everybody in.’ It just makes no sense.”

The Guidelines About How Loud Is Too Loud Are Pretty Vague

Prior to recent amendments, code enforcers referred to section 30-4 of the Dallas City Code to decide what constituted noise ordinance violations. This section deals with speakers and amplifiers, and what times and locations would be inappropriate for their use.

The section states, “a mechanical loudspeaker or sound amplifier may not emit loud and disturbing noises so as to interfere with the enjoyment of life or property or to interfere with public peace and comfort.”

Now, though, officials are using section 30-1 in addition to section 30-4. The section is one sentence long and it reads: “A person commits an offense if he makes or causes to be made any loud and disturbing noise or vibration in the city that is offensive to the ordinary sensibilities of the inhabitants of the city.”

It’s up to each individual code officer to decide what constitutes as offending ordinary sensibilities.

Business owners have been told by code officers that they can’t use outdoor patio speakers, and that hearing music emanating from an establishment on the sidewalk outside of a business means it’s too loud. But those same business owners say both of these things are to be expected when walking down the street of entertainment districts, leaving them extremely confused about what “ordinary sensibilities” are.

“We need some kind of a concrete set of guidelines — because right now it’s total gray area,” says Deep Ellum venue Three Links owner Scott Beggs. “We’re relying on one person’s definition of what’s reasonable, and that’s not acceptable to us.”

Having vague guidelines can also lead to tension within the community, not to mention he-said-she-said situations. Beggs says Three Links has been visited by code enforcers and twice hit with warnings — but seemingly not because of direct noise complaints.

“My understanding is that no one has called them to complain on us,” Beggs says. “But [Code Compliance officials] come down here to speak to other businesses that were complained on, and then that business said, ‘Well, why aren’t you enforcing it at Three Links?'”

Dallas Code Compliance Department director Carl Simpson, who stepped into the role in May of 2019, said the section “allows for broader enforcement capabilities” during a recent Public Safety Committee meeting.

“After conversing with our city attorneys’ office, they believe that a different clarification or interpretation of how we can use these sections may be a better action for us to take as it relates to dealing with noise,” he said during his presentation.

Simpson has not responded to multiple Central Track requests for comment.

While it’s tough to get a sense of his plans moving forward without him discussing it, one thing is clear: The Code Compliance Department is beefing up its staff, putting out public hiring calls to join its team.

“[These businesses] need our help to continue to serve our community and so many surrounding communities,” he said in a recent press release announcing his task force. “Now is a critically important time to support local businesses as they continue to recover.”

The task force met for the first time this past Wednesday, July 21. The meeting was closed to press and the public. At the meeting, Moreno took stakeholder comments and suggestions, specifically relating to Deep Ellum.

“It was an effort to find a solution that is unique to Deep Ellum,” says Stephanie Keller Hudiburg, executive director of the Deep Ellum Foundation. “The discussion was, ‘What does that look like? What information do we need to gather? We put together our marching orders for how the task force is going to work.'”

As the first step in this endeavor to answer these questions, the task force will be distributing surveys to music venues, residential complexes and the general public to get an idea of what amendments to the noise ordinance can best cater to the community.

The team, along with Code Compliance, will also be walking around with decibel readers to collect data that’ll give a sense to what exactly “the norm” sounds like in Deep Ellum.

Once the task force gathers recommendations and ideas, Moreno’s office will meet with city staff to draft amendments to the city code. He anticipates this effort will require briefing the the city’s Quality of Life Committee before being sent to City Council for voting.

“Quality of life is very important to me, as it is to so many residents of Dallas,” Moreno says. “That’s why we have also included neighbors who live in Deep Ellum on the task force. We must find solutions that both allow businesses to thrive and maintain quality of life for their neighbors and nearby residents who have been drawn to Deep Ellum.”