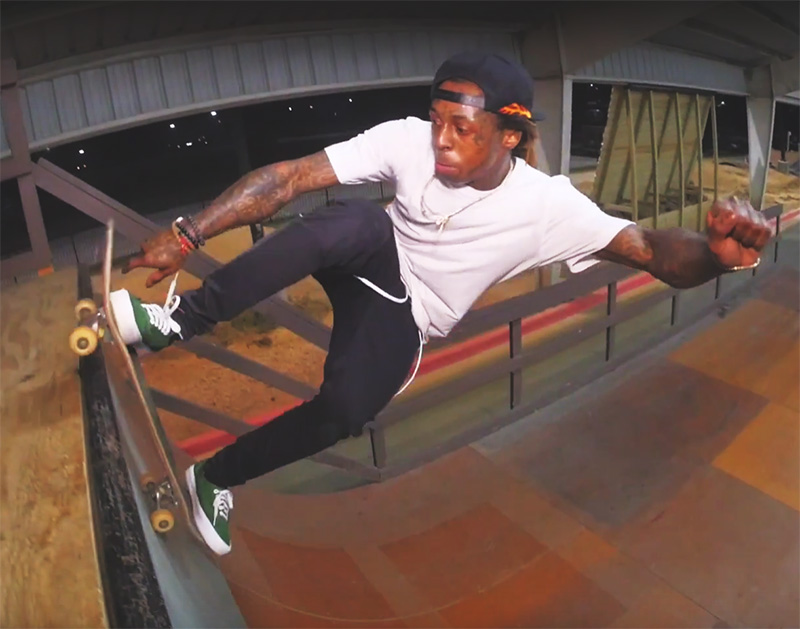 While Touring Through Dallas, Lil Wayne Made A Surprise Stop At Action Park In Grand Prairie For A Late-Night Skateboarding Session. Here’s How It Went Down.

Before Lil Wayne’s concert at the South Side Ballroom on Friday, April 28, Victor Nelson got a call from a number he didn’t have saved in his cell phone. He didn’t answer it.

But the general manager of Action Park in Grand Prairie did look at the text message that was fired off his way immediately after. It and the previous call were both from a contact Nelson has at the hat company Already Design Co. The message explained that Nelson’s contact was hanging out with Lil Wayne, and that the onetime Best Rapper Alive was curious about where he could get in a skateboarding session after his show. Perhaps they could swing by Action Park?

He wasn’t altogether sure if it would, though. A couple hours after Lil Wayne’s concert had ended, Nelson hadn’t heard a word from the rapper’s camp. But “after the after-party,” Nelson says, he got another call inquiring about Action Park still being open.

It wasn’t, but Nelson said it could be. And, at around 1:30 a.m., he and his friend Dakota Camp headed the park’s way to open the doors, turn on the lights and, since they were awake and at the park anyway, get a little skating in themselves. At 2 o’clock, a man who described himself as Lil Wayne’s bodyguard then texted Nelson looking for photos of the park to show to Wayne. Nelson obliged, and 20 minutes later, the bodyguard sent a reply text announcing that the rapper and his crew were on their way. About an hour after that, a “monstrous” tour bus entered Action Park’s lot.

“I thought they were going to flake,” Nelson says, laughing. “But they straight up rolled right in with their tour bus at, like, 3 in the morning.”

Still, there was more waiting. No one was exiting the bus. Well, not immediately, anyway. At about 4 in the morning, Lil Wayne finally emerged from his tour ride’s exit.

“We’d been skating for three hours at that point,” Nelson says. “But, from there, the session just lit up. It was a really cool vibe. He was super stoked there was a crew to session with.”

Wayne joined in on Nelson and Camp’s already-going session — and immediately impressed his new pals with his gratitude and enthusiasm.

“A lot of people don’t know this,” Nelson says, “but he’s actually a real skater. And, I mean, for someone to skate like he was doing at 4 in the morning? I mean, that’s pretty dope. Some of the tricks he was doing… in person, it’s really impressive. There was not one trick that he was doing that he didn’t eventually land, and he was taking his slams like a total champ.”

After a couple of hours of skating, with the sun starting to rise, the trio eventually called it a night — but not before exchanging information so Wayne could potentially stop by the park the next time he’s in town, too.

It was an experience Nelson says he won’t soon forget — and one that he won’t have to since his videographer friend WolfPat was on hand to document it all. (See bottom of this post.)

“I mean, my life didn’t change or anything,” Nelson says. “But I did get to skate with Lil Wayne. It was cool as fuck.”