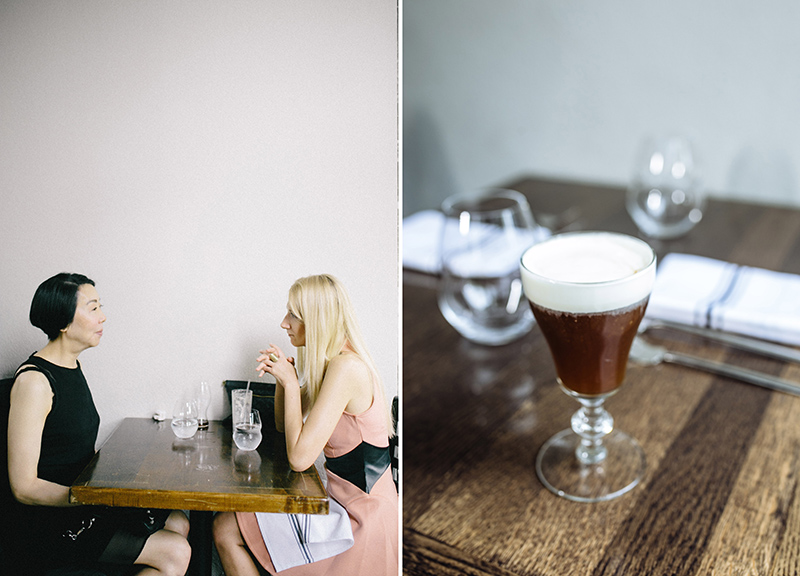 It's pretty common knowledge that coffee culture in Northern California has Dallas-Fort Worth beat by at least a few decades. One example of this is can be found with Irish coffee: Though this drink's origins can be traced overseas, the first proper appearance of the drink came at a popular San Francisco haunt called Buena Vista Cafe circa 1952.

And though plenty of bars, restaurants and coffee shops have introduced different versions of the whiskey-fueled pick-me-up over the years since, it's indeed the Buena Vista Cafe version that still reigns supreme. Even here in Dallas, that much is conceded: The team at Proof + Pantry, for instance, has found that sticking as closely as possible to the original Irish coffee recipe is still the best formula for success with the drink.

“Throughout the past six years, I have traveled and spent a good amount of time in San Francisco,” says Proof + Pantry co-founder and barkeep extraordinaire Michael Martensen. “The Buena Vista Bar is a go-to for locals and tourists; I will spend at least an hour a day there when I visit. They crush the Irish coffee — 60 of them sold in two minutes, I have seen. Really a true art. I wanted to pass that experience onto Dallas.”

In Martensen's recipe, raw sugar is combined with Tullamore Dew Irish whiskey and hot, French-pressed black coffee, made with locally-roasted beans from Novel Coffee Roasters. Once the three ingredients are well-mixed, the concoction is topped with a semi-whipped, unsweetened heavy cream. The raw sugar gives the drink a slightly caramelized taste that's warmed by the boldness of the whiskey. Meanwhile, the cream balances out all of the flavors without overpowering them.

Everything is done to Buena Vista's exact specifications, even down to the warmed glassware, which makes for a nice final touch.

The drink is served as a part of P+P's Sunday brunch, which covers a vast spectrum of American cuisine such as jelly-filled beignets, omelets and smoked salmon salads. But Martensen is indiscriminate about when Irish coffees are consumed.

He'll serve it whenever.

“It's one of my top three favorite drinks,” Martensen says. “I drink it with anything and everything.” 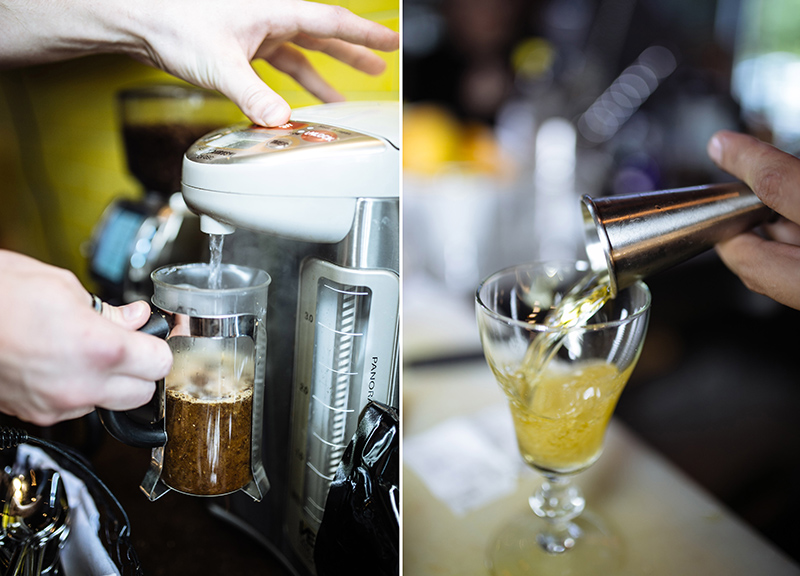 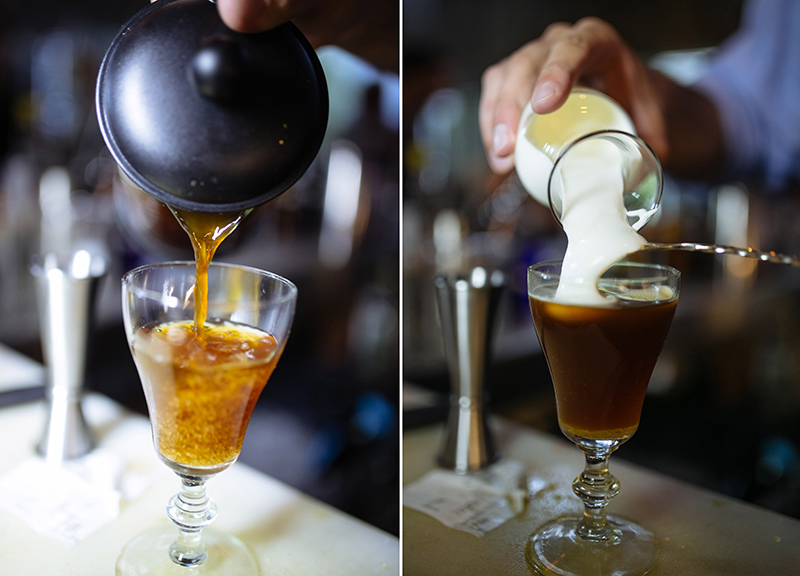 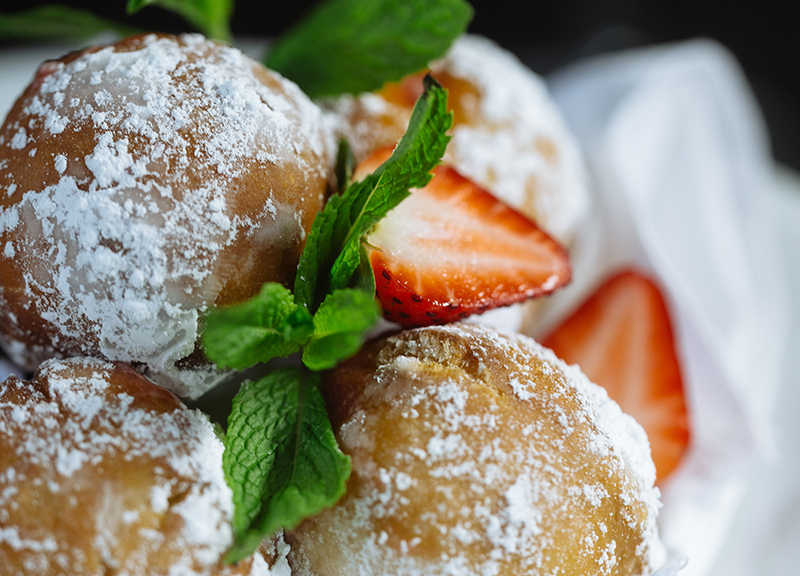 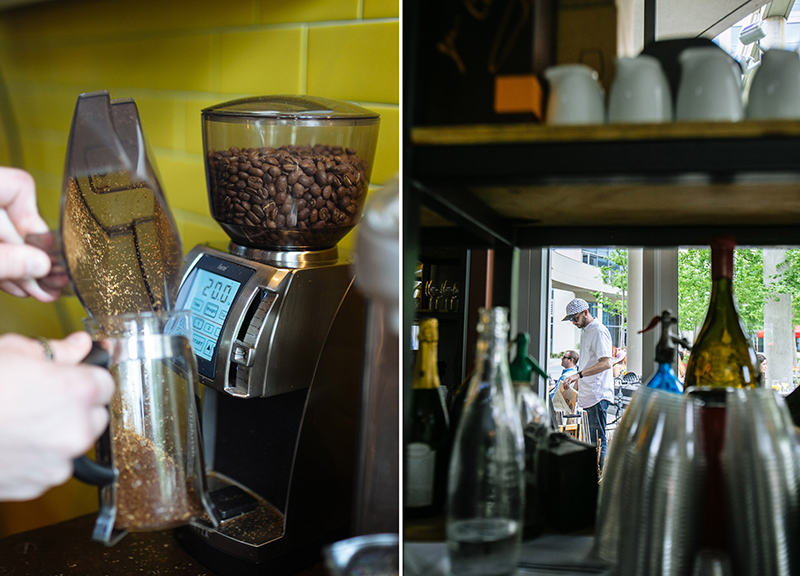 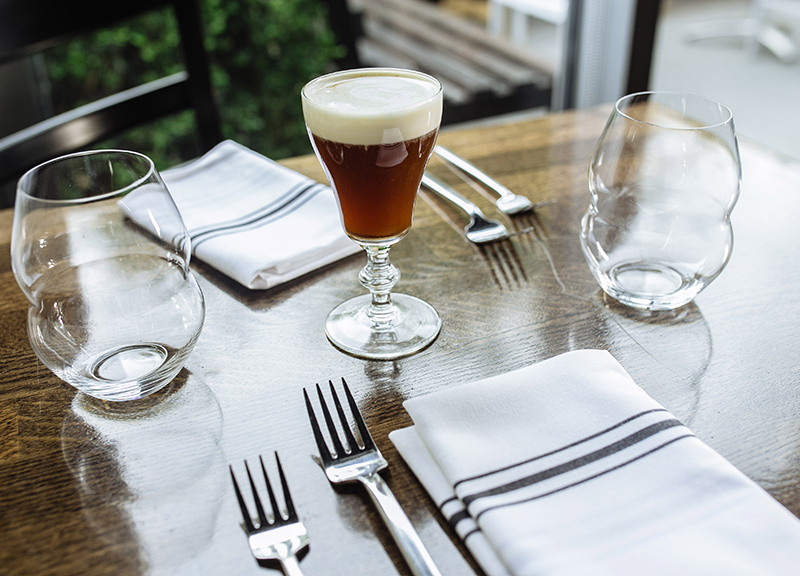