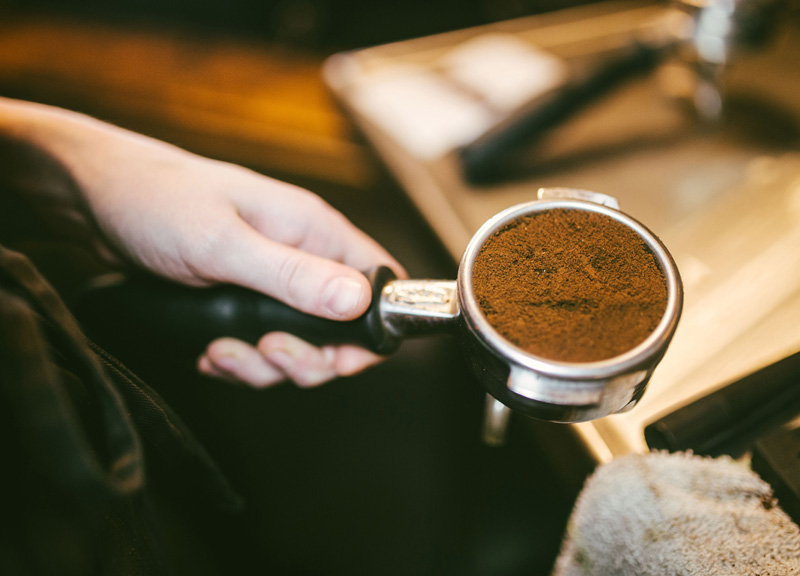 Bring up Denton and a bevy of things come to mind.

First and foremost, it's a top contender among young area college hopefuls who place its close-but-not-too-close-proximity at the tops of their priority lists. Then there's the surprisingly vibrant music scene — one that's large enough to support a handful of annual music festivals, anyway. And, lest we forget, there's the fact that this town's citizens happen to love the ubiquitous red chili pepper sauce (read: sriracha) so much that they tried to bring its production to city limits.

Sure, these are but a few aspects in the litany of things that makes Denton such a unique destination. But what we rarely hear any talk about is Denton's vibrancy as a coffee town. And that's really a shame, because the arabica seems to flow in an abundance up north on I-35. Denton's burgeoning coffee scene features an array of shops — all seemingly within a few miles radius of one another — where there's something guaranteed to appeal to just about everyone.

The latest addition to the city's bean culture, West Oak Coffee Bar, is especially interesting. This shop balances third wave coffee with a home-away-from-home environment shaped by the growing coffee culture seen across the country.

“Our owners [Matt Fisher and Clay Rozell] originally traveled quite a bit,” says Phillip Bleecker, head chef and assistant GM at West Oak, about the inspiration for the shop. “[They] went to California, and went to a third wave coffee bar out there and loved it. Then they went down to New Orleans on vacation, and they ran into another one. They came back to Denton. And, before that, Denton didn't really have any [at the time]. So they started planning to put their heads together to create something like that, because Denton has such a unique culture. It's so closely knit.”

As a result, West Oak mixes retro and modern, incorporating antique elements like a '20s boxcar that was converted into the bar top, plus doors from the Dallas Post Office that date back to the '60s. Exposed brick walls and sultry lighting are complemented by classic tattoo art and a powder blue La Marzocco espresso machine. The seating is of a communal nature, with bar stools placed against the counter and an elongated bench running opposite of the tables, almost guaranteeing that you are in close (but not too close) quarters with your coffee-sipping neighbors. Meanwhile, the baristas are friendly — almost confusingly so — as they're apt to introduce themselves with a handshake and, upon learning your name, their goal is to make you feel welcome, even if your M.O. is geared towards to-go orders.

The menu isn't something that would be unfamiliar to coffee shop frequenters: A chalkboard displaying standard espresso fare is one of the first things you'll see when you enter, along with bags and cups from the shop's feature roaster, Intelligentsia, letting you now that your coffee needs are in capable hands.

While the classics — like cappuccinos, the Fetco drip and pour-over coffees – are sure to leave you satisfied, it's some of the “off-menu” options (most often advertised on the shop's Instagram acccount) that are worth giving a try. Two drinks in particular are the cold brew with chocolate milk and the very Denton-esque Sriracha latte.

West Oak features both its cold brew and chocolate milk on tap, so ordering the chocolate milk cold brew is as simple as asking for the two together. For people already prone to adding cream and sugar to their iced coffee, it's a viable option and a nice change of pace. The chocolate milk is rich and creamy, but not so sweet as to overpower the taste of the coffee. Actually, as we've seen elsewhere, the chocolate brings out the natural cocoa flavors of the cold brew, while simultaneously enhancing the bright and more-citrus-oriented flavors of the coffee. You can add more sweetener, if you so choose, but you most likely won't need it.

As for the Sriracha Latte: Don't be alarmed. Your barista won't be dumping globs of the red stuff into your coffee and milk. The flavor comes from a mixture of the condiment, some water and a little sugar — all courtesy of experimentation from one barista's husband's mind — that is then added to the cup prior to the espresso. The flavor is mild, and doesn't take away from the taste of the latte. Instead, there's a pleasant but subtle spicy aftertaste that's immediately chased by the sweetness of the milk and sugar.

In the few months since its December opening, one of the biggest draws to the shop hasn't been the coffee, but instead rather the food. West Oak has received a high volume of customers looking to get their hands on Bleecker's homemade meatball subs and his pies that are influenced by his Midwestern upbringing. You can also order comfort food favorites, such as his homemade “Oreos” with chocolate milk and his peanut butter and jelly sandwiches, just to name a few.

“My goal here is to compliment everything that's already been done,” Bleecker says.

It's pretty safe to say that what's being done here is being done right, even with the presence of other popular coffee destinations such as Cultivar close by. (Google clocks it at a 0.2-mile walk.)

But, instead of a spirit of fierce competition, Bleecker swears that the relationship between the two spots is mostly one of camaraderie, as both places recognize that they share a similar customer base.

Says Bleecker: “Here's the cool thing about our owners and about Denton: We don't want to claim ownership of anything. Though, technically, we are competition — our customers either go here or there — there is also another sense of which we've been able to develop a very nice relationship with the kind folks [over there]. We complement one another.”

The mentality of West Oak is reflective of Denton's coffee scene and overall culture, really. This is a town where there's space for everyone, and where there's more than enough to go around. The friendly baristas at both West Oak and Cultivar have been known to recommend people to go across the street to their competitor, building a sense of trust among customers that they're OK to frequent both places.

“We work in a community that's really attentive to its community,” Bleecker says. “It's not all about making money and killing competition and all that. It's actually also about this funky-weird, interesting-unique, diverse community that's just Denton culture.” 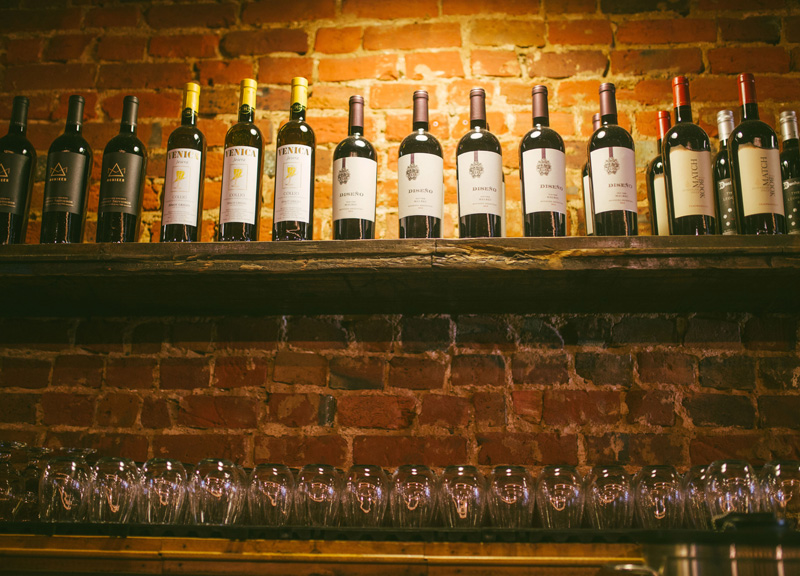 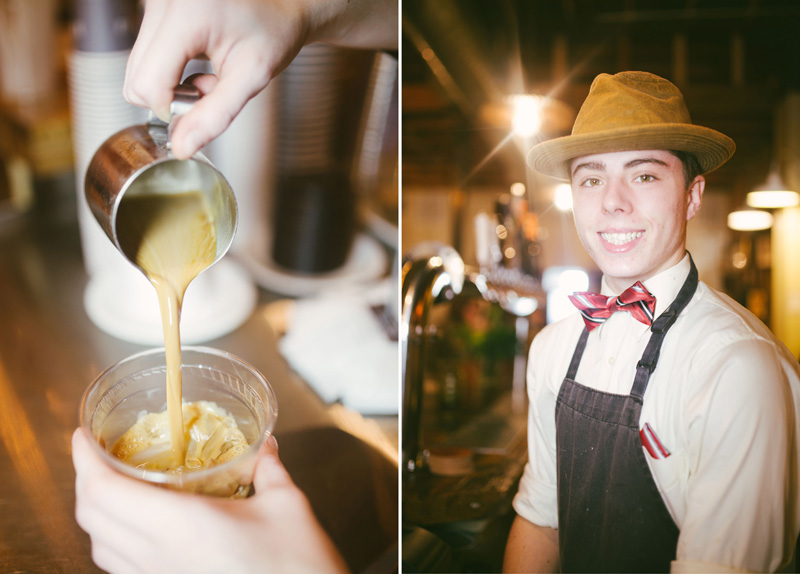 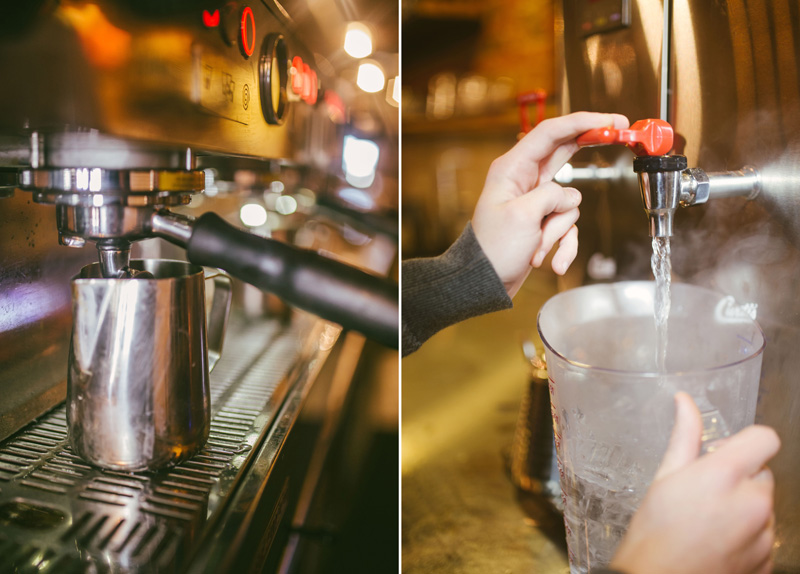 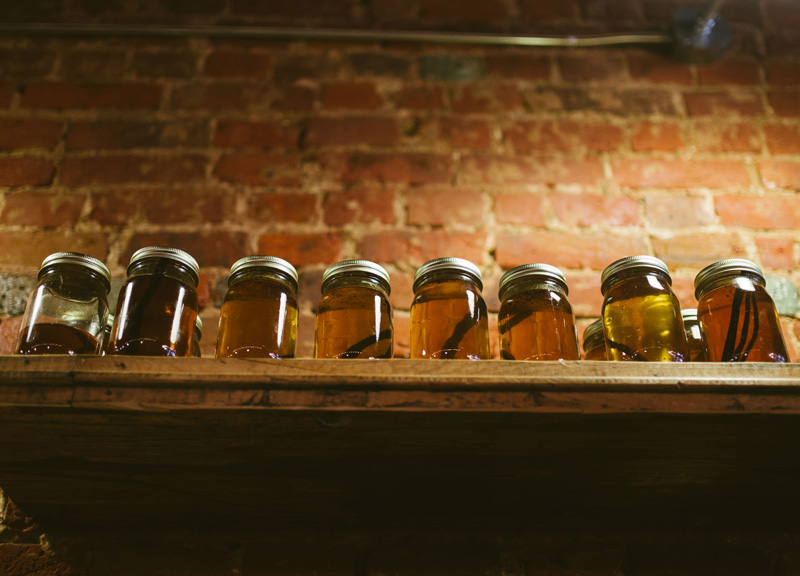 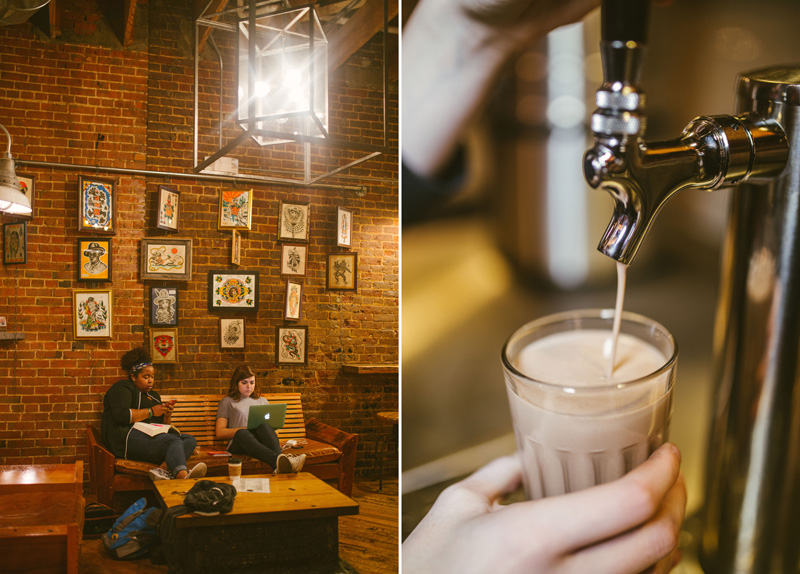 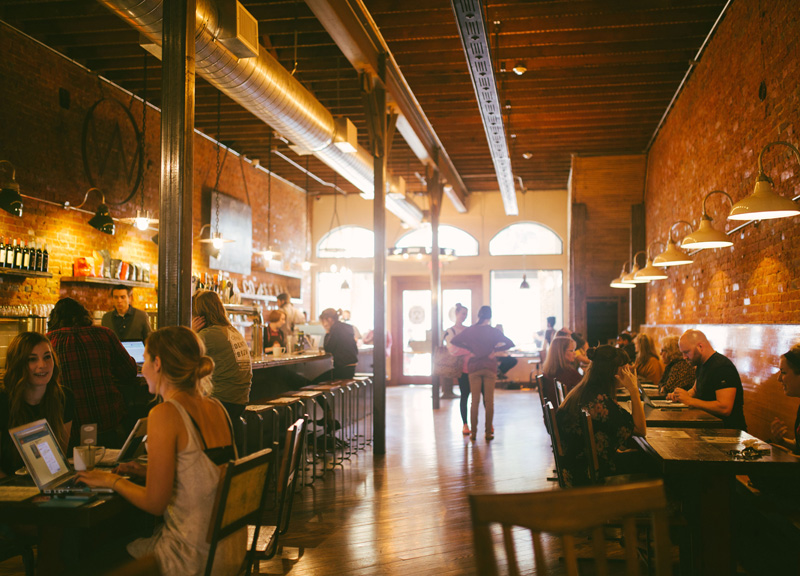 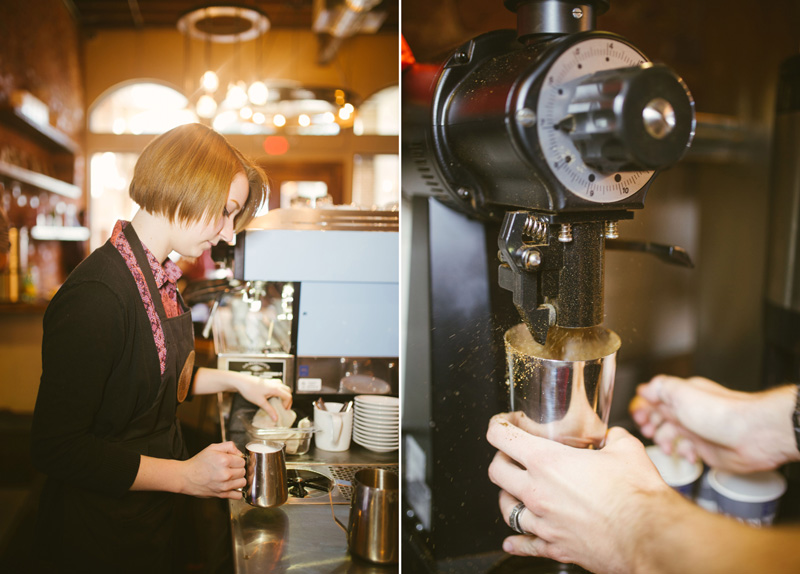 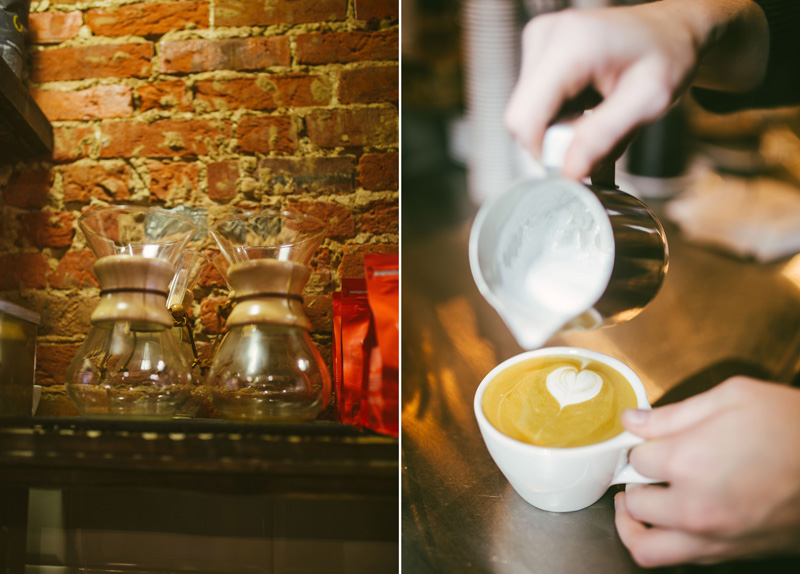 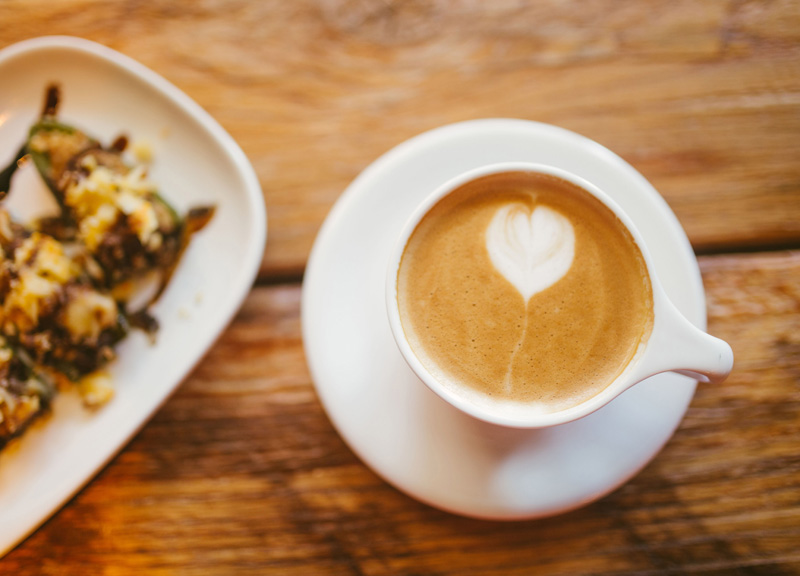 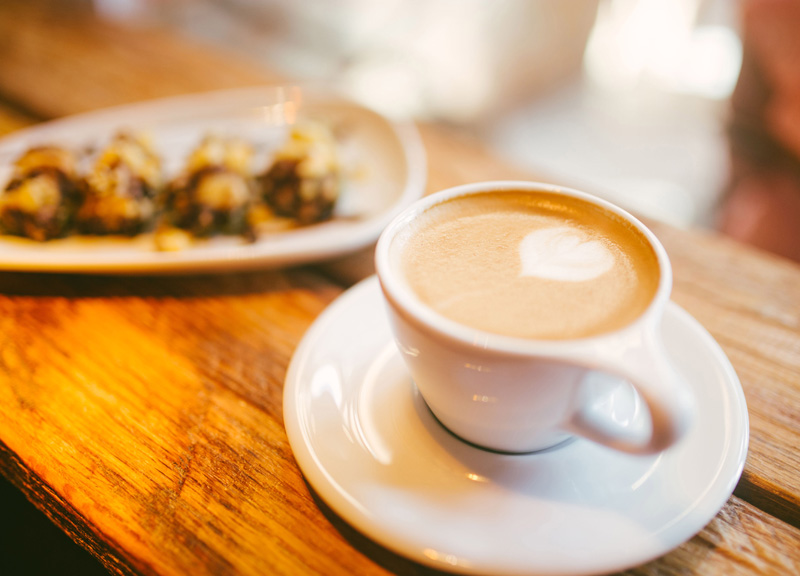 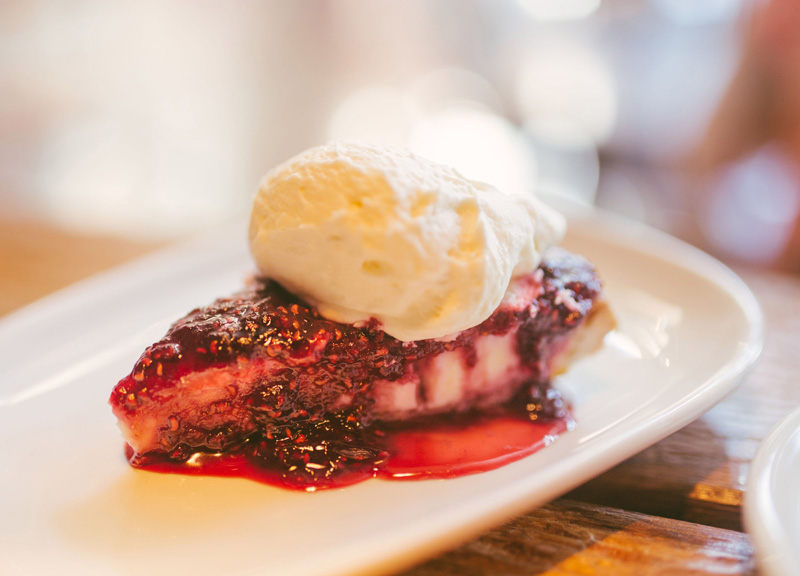 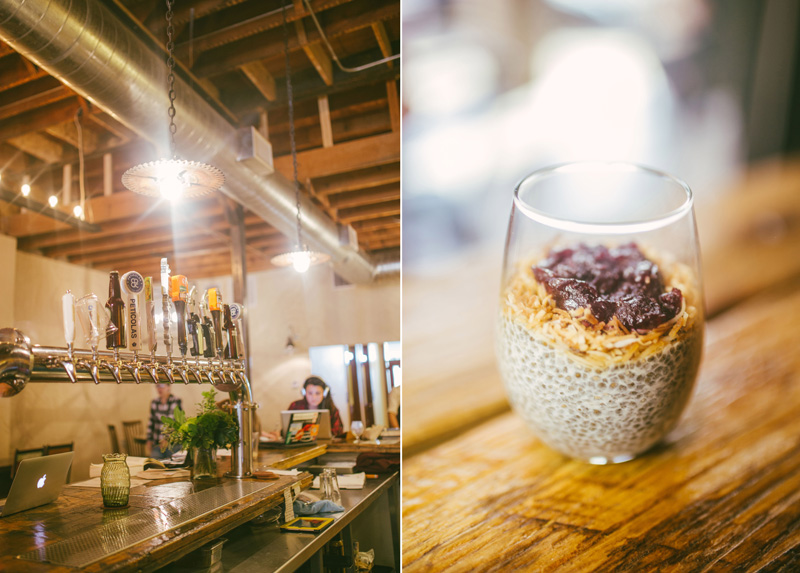