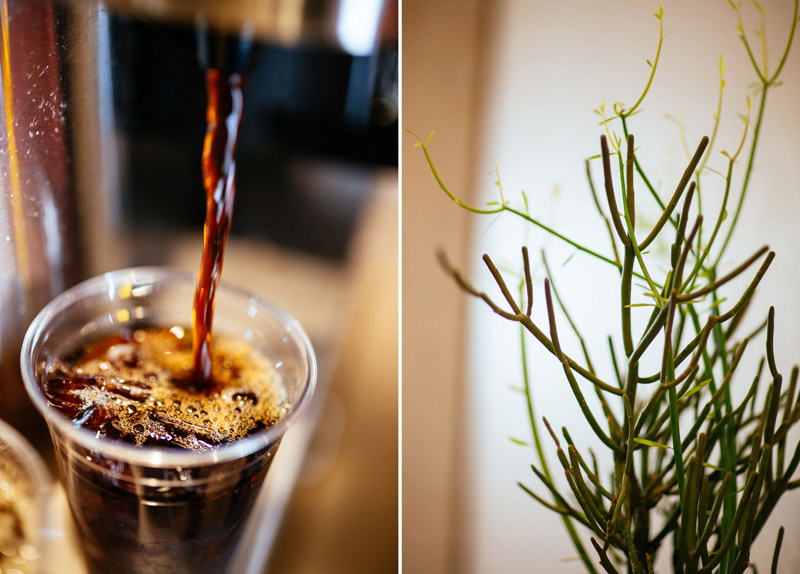 Drip Coffee Gives Credit Where It's Due.

For all the jabs that are thrown the way of everyone's favorite neighborhood coffee chain, it's easy to forget how much credit is really due to Starbucks.

Hear me out: The same attributes that sometimes make Starbucks a topic of ridicule are in some ways also what makes today's coffee culture so exciting. Really: It's Starbucks that kind of made coffee a big deal here in the States.

And although this change in industry has brought with it an increasing amount of independent shops and an artisan-like focus on flavors and roasting profiles, it was a need for options that truly made it possible for alternatives to flourish. And even if you aren't ordering customized Frappuccinos, Starbucks' influences can be found throughout the coffee world, forever reminding us of the hold that the white and green logo has on drinkers.

Not everyone has forgotten the role that the coffee giant has played in the industry, either. Take Drip Coffee, for instance: For almost a decade, owner Steve Thatcher has dished out his personal take on coffee, keeping in mind some of the aspects that made Starbucks so popular among consumers.

“We just focus strictly on coffee,” he says. “I think that's how things used to be. You used to go to your butcher to get your meat, a place for fruits and vegetables — everything was very specialized. So it's not anything new; it's something I think works. Starbucks did an awesome job of bringing that back.”

Just to make things clear: Drip isn't some coffee carbon copy of the Seattle-turned-international company. Everything done here is distinctive of its own brand, maintaining a careful focus on all things coffee, and the people who love it.

In turn, coffee drinkers of all kinds flock into Drip to get their fix — from college students and business people to moms with small children who take their hot chocolate in espresso cups. And, here, you're greeted with the warmth and kindness of perky baristas who seem to know all of the regulars' names and drink orders. And while the bright, wooden and plastic furniture don't really make it conducive as a study spot, that doesn't stop the shop's diverse clientele from plugging in their laptops and staying a while anyway. Hey, it's easy to see why: Drip's bright lighting and white walls are a lot more cheerful than the usual dark color schemes found in other coffee shops.

But that's just one of the things that helps to set it apart.

Inside, smells of freshly roasted beans — sourced by the same provider as big names like West Coast chain Blue Bottle — fill the air, which makes sense as the shop doubles as a roaster. Roasting takes place five to six days a week, yielding some 3,000 to 4,000 pounds every month. Meanwhile, Drip focuses on bolder flavored coffees, straying away from the lighter roasts that are currently flooding the market.

But, really, the big thing at Drip is just knowing what tastes good.

“I've personally been roasting for over 20 years,” Thatcher says. “I don't have a real finely tuned palate. I don't sip a cup of coffee and come up with 'black currant' and stuff like that. It's either I like it or I don't.”

In turn, the menu is simple with recognizable espresso and drip items, going back to the days where people were just starting to look for Starbucks alternatives. One of the drinks to be sure to try here is Drip's nitrogenated iced coffee, which is made with the same Brazilian-New Guinea blend as the shop's regular cold brew. But instead of diluting the coffee concentrate with water, this one's served straight from the tap to give it a strong, almost Guinness-like taste that one barista affectionately calls “rocket fuel.”

And that term? It really is spot on, as the drink fills your mouth instantly with a bold, caramel-like flavor.

Also be sure to check out whatever drip coffee is on brew for the day, like the Celebes Kalossi Indonesian I was able to try. The shop's preference for bolder tastes gives a different take to earthy coffee, bringing a fuller body out of the bright flavors.

After providing the area with coffee for almost a decade, Thatcher has seen coffee culture advance in almost a direct reaction to Starbucks. Slowly fading away are the darker roasts and bolder flavors that used to dominate the market, as more and more shops and roasters opt for lighter roasts. Despite all of the effort that many in the coffee industry have done to distinguish themselves from the mega chain, Thatcher acknowledges its role in today's coffee industry.

Says Thatcher: “A lot of people don't like them, but if they hadn't done what they did, it would be really tough for anyone else to be doing it now.”

But the credit for Drip's success over the years doesn't go to the coffee world's need to set itself apart. The care and attention that goes into providing people with a great product is all that's really needed at the end of the day.

“We've definitely had an impact on kind of hitting a nerve — or something where [customers] leave and they miss their coffee,” Thatcher says. “So it's not something they can easily replace with an alternative. We're very proud of that.” 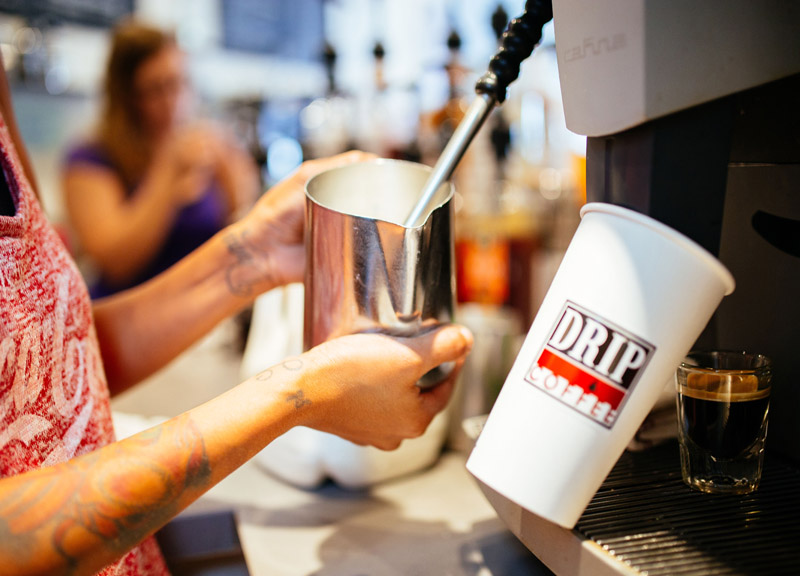 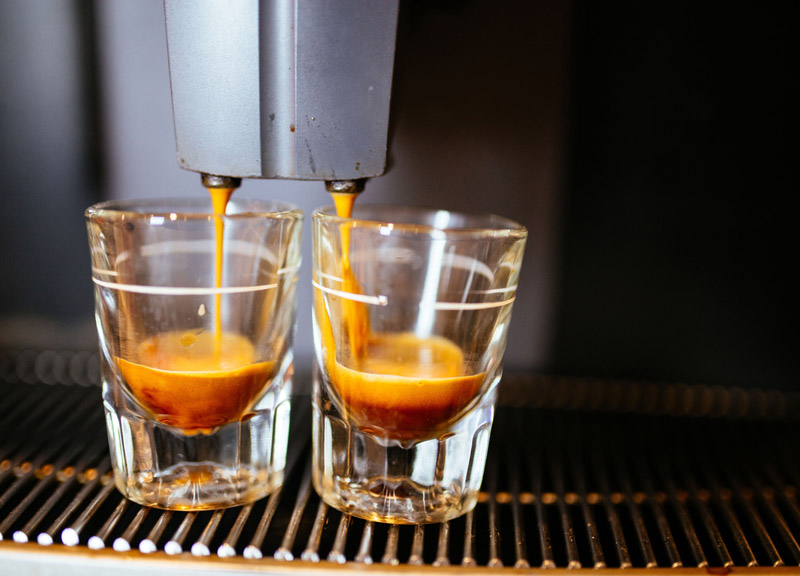 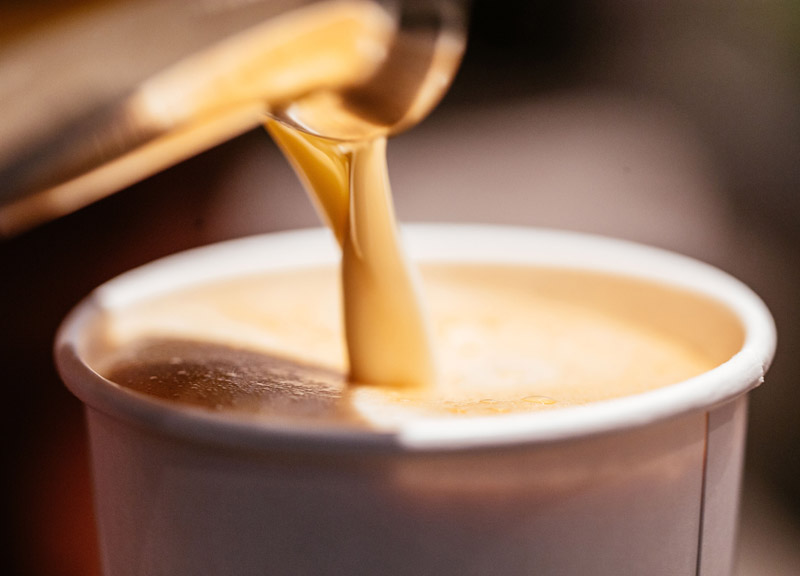 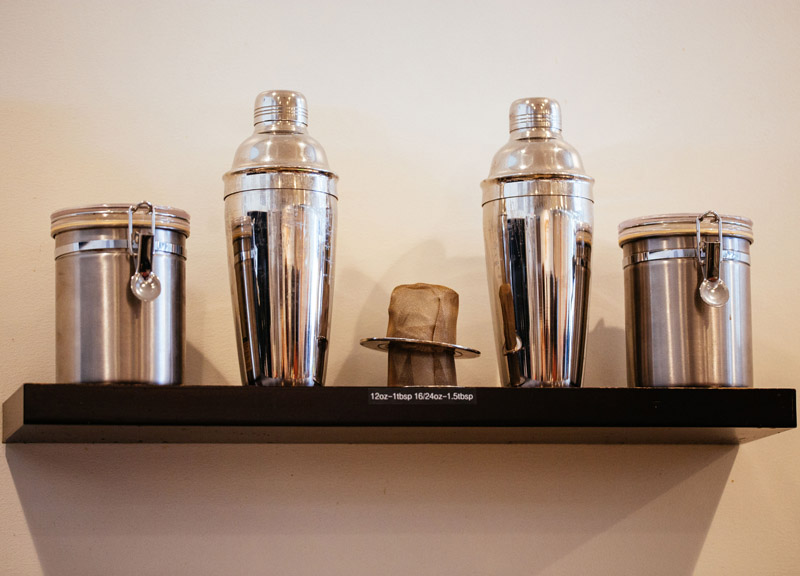 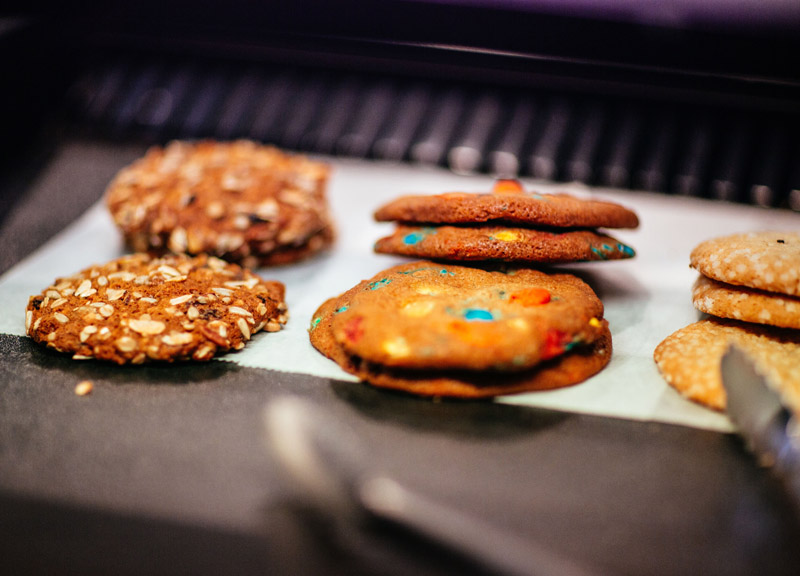 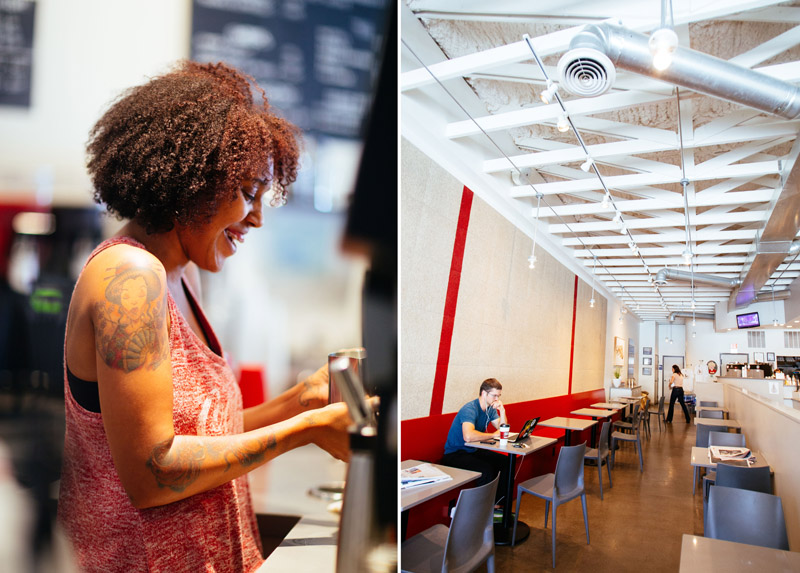 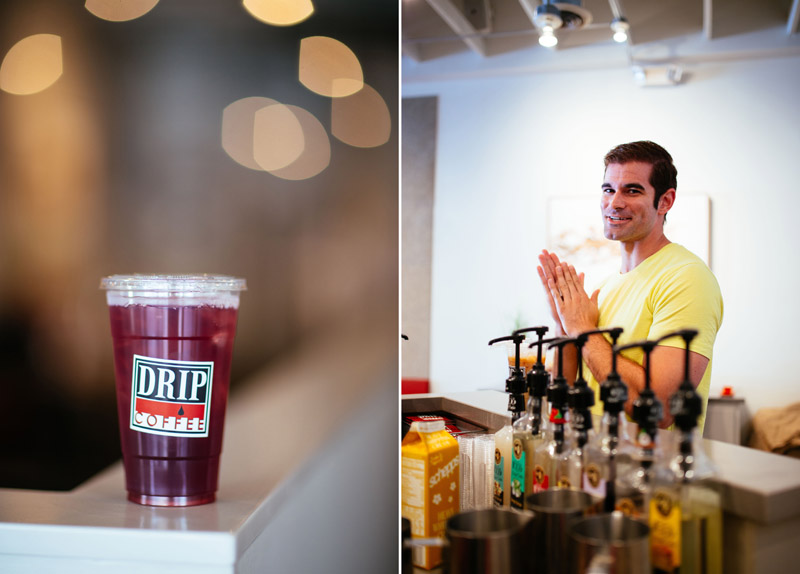 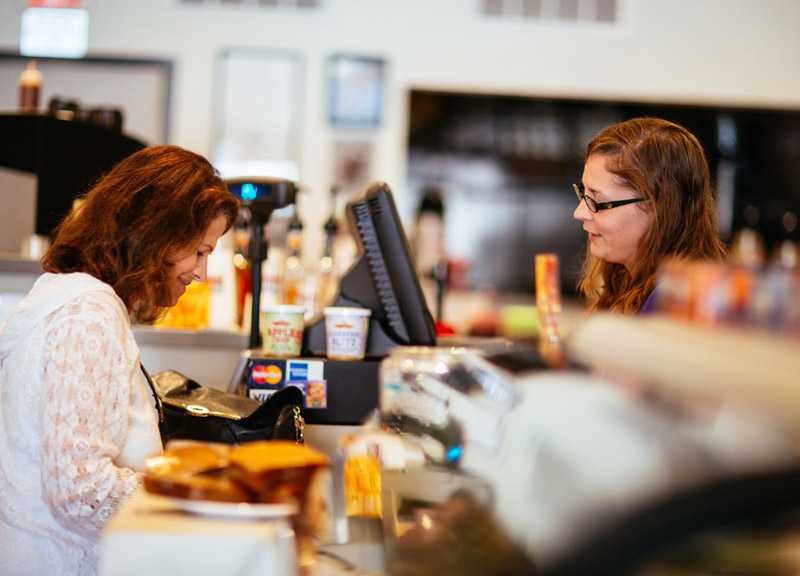 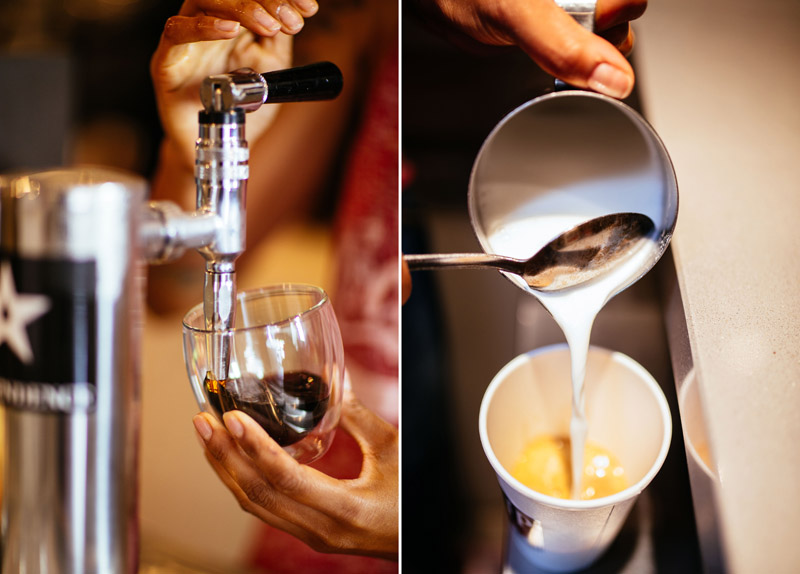 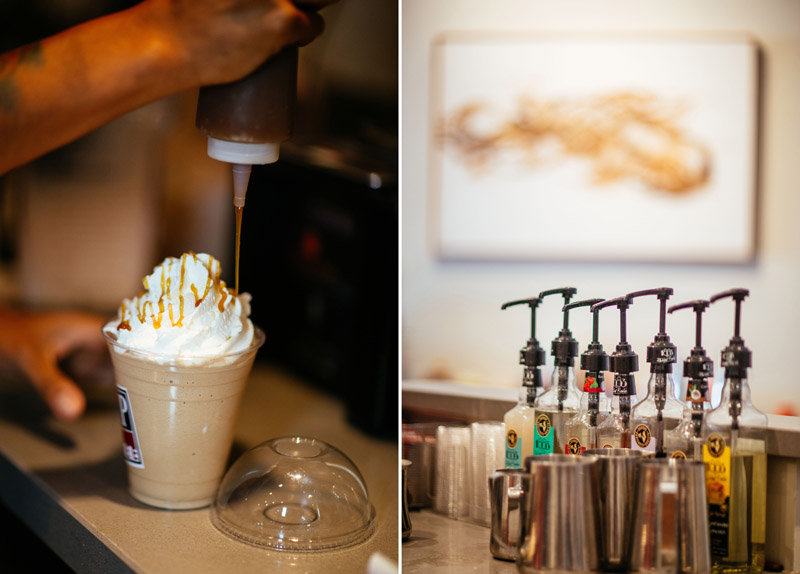 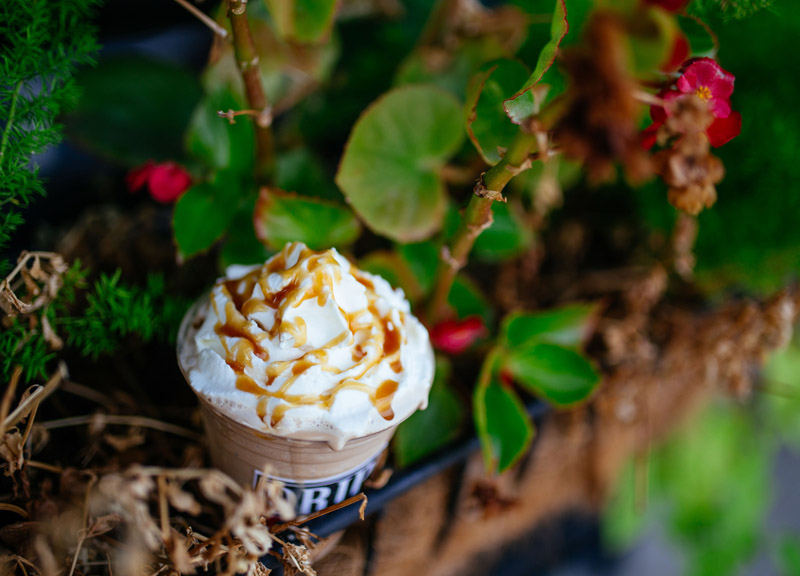 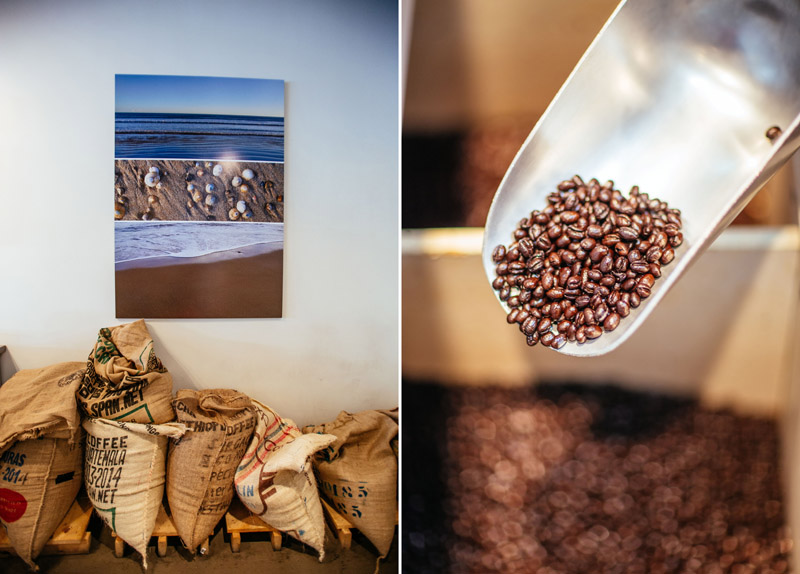 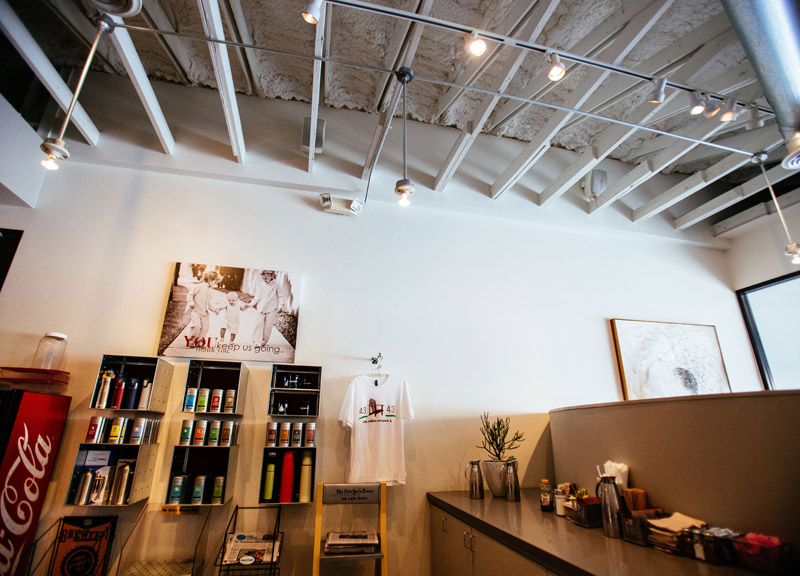