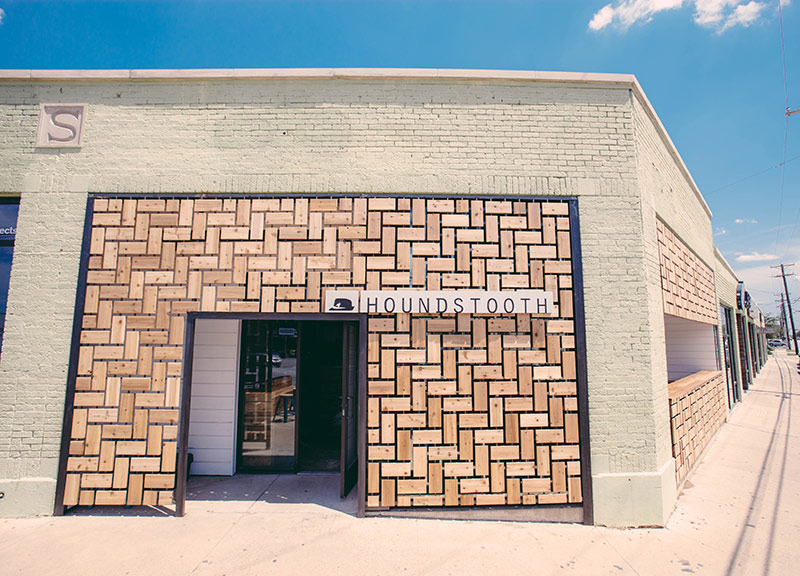 Before It Opens Thursday, We Get A Peek Into Houndstooth's Methods And First Dallas Location.

Welcome to Unfiltered, our new weekly feature that explores the Dallas coffee scene — and how it often manages to thrive in the most unusual places. Given that we live in a time when Starbucks locations are about as prevalent as the golden McDonald's arches, when new coffee shops seem to open every other week and when almost everyone uses a ChemEx to brew their coffee, we're here to show you some alternatives — for when your coffee shop routine becomes monotonous or when you're just looking for something different in your caffeine endeavors. Check out this feature's archives here.

It's been a little while since Henderson Avenue has had a dedicated coffee shop for the neighborhood. But that's just a couple of days shy of changing now, what with the impending arrival of the long-awaited Austin-based chain Houndstooth Coffee on this coming Thursday morning.

Let it be known now, though: Despite its location in a space where the previous tenants just so happened to be in the coffee business as well, don't think of Houndstooth as just a coffee stand-in. This is a shop that comes with its own ethos and own state of being, all of which has been shaped by owner Sean Henry's experiences in the trade.

Yes: After spending the last 12 years in Austin, Henry has decided to come back home and connect with the Dallas coffee scene.

“We knew that Dallas is in need of good coffee,” says Henry. “There are a lot of good people in coffee now, and we're excited to join that community.”

And how: Henry's new Dallas, from even a design standpoint, is meant to upgrade the coffee experience. Inside, the shop is designed with sleek, bright decor shaped by fresh honey brown wood tables with bright turquoise communal seating. The bar-stool-and-table combinations strewn about the space, meanwhile, features heights designed intentionally taller than the average so as to kind of initiate conversation among customers. The hope is that Houndstooth won't be a place where people will just plug up their laptops, but that it will open itself up as a spot more inclined toward community gathering.

Also worth noting: There's no menu on the wall. Instead, once the space opens later this week, customers will order their drinks with the help and inputs of the baristas. Again, the idea here is focused around initiating conversation. For this reason, the baristas are being trained with in-depth knowledge of all things coffee to share with the customers

“We really want our baristas to feel empowered to talk about coffee and give them the tools they need to create what we call a 'shared language' with our guests,” says Henry about Houndstooth's coffee program. “We want people to understand what they like and don't like about coffee.”

For the most part, the Dallas shop will be largely the same as the two Austin locations with the idea of keeping things consistent and with the business growing into the space. Hence the long time between the shop's announcement and its opening.

As for the coffee? Well, Houndstooth is already widely known for being one of the best multiroaster cafes in the United States , hosting coffees from places such as Henry's own Dallas-based roasting company Tweed, as well as Counter Culture Coffee and Supersonic Coffee.

The shop will also feature two hoppers of espresso at all times, starting with Tweed's Timepiece and Counter Culture's Rustico. The drink menu will consist of standard espresso fare, as well as various pour-overs, iced coffees and cupping sessions for people wanting to learn more about specialty coffee.

On my stop-in yesterday, I got to try hot and Japanese versions of Tweed's Rosario, as made by the baristas during one of their training sessions. Having the two back to back helped show just how vastly different the same coffee bean can taste if made different ways: Whereas the hot version highlighted the sweet chocolate flavor of the Mexican bean, the cold one brought out its balance and smoothness.

That's an experience Henry hopes his shop can help share with Dallas' coffee drinkers — and, to a degree, it's one that people are expecting, given Houndstooth's excellent reputation. But that, Henry knows, can be something of a mixed bag when entering a new market.

“We feel like our goal is to meet or exceed someone's expectations,” he says. “But sometimes those expectations are so high. We want them to be high, but not but impossible.”

So it makes sense, then, to hear that Henry equates the opening experience of a shop to a jazz album: So long as the audience has patience, he says, his shop will be afforded the chance grow and build into something good.

Adds Henry: “We have the possibility of doing some fun stuff here.” 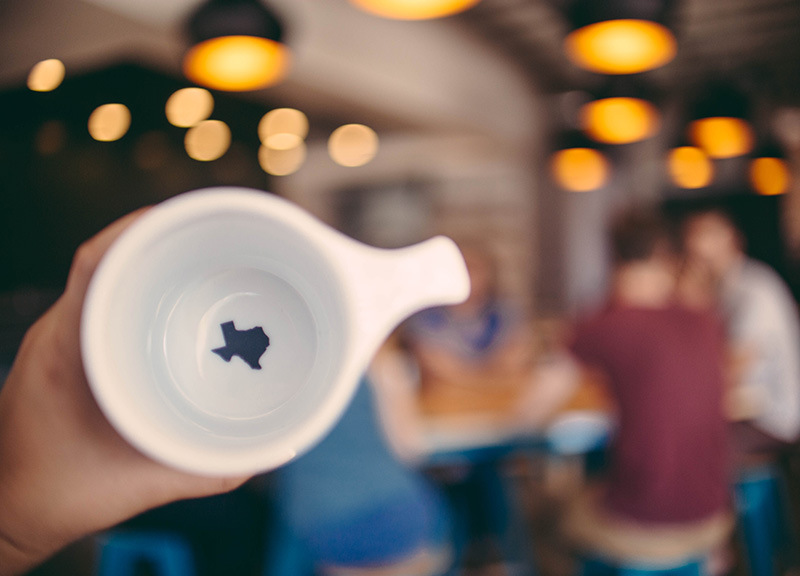 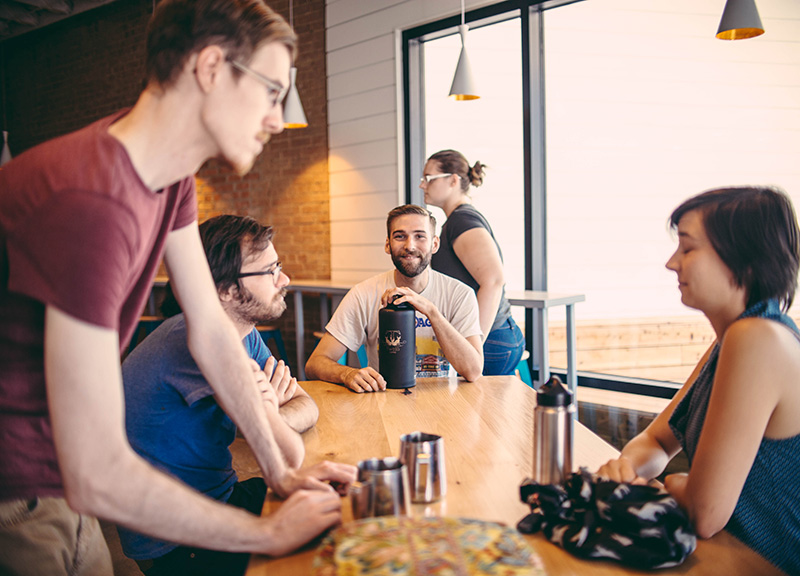 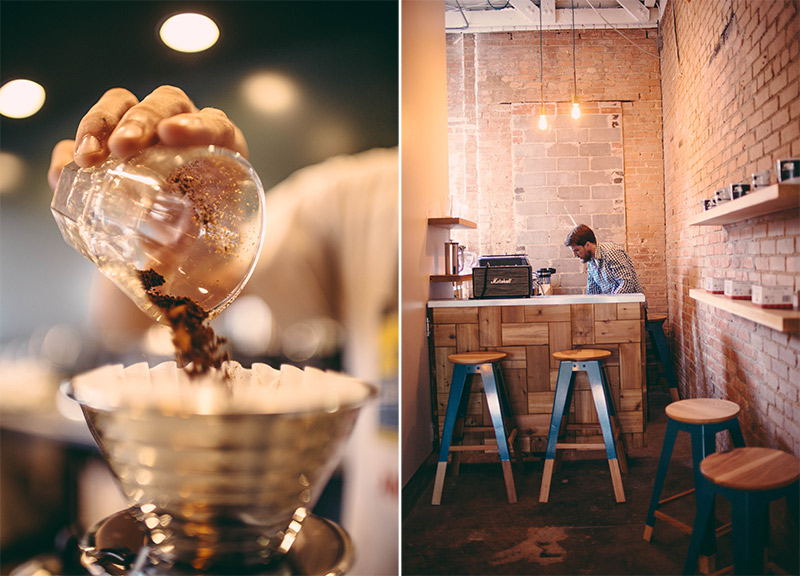 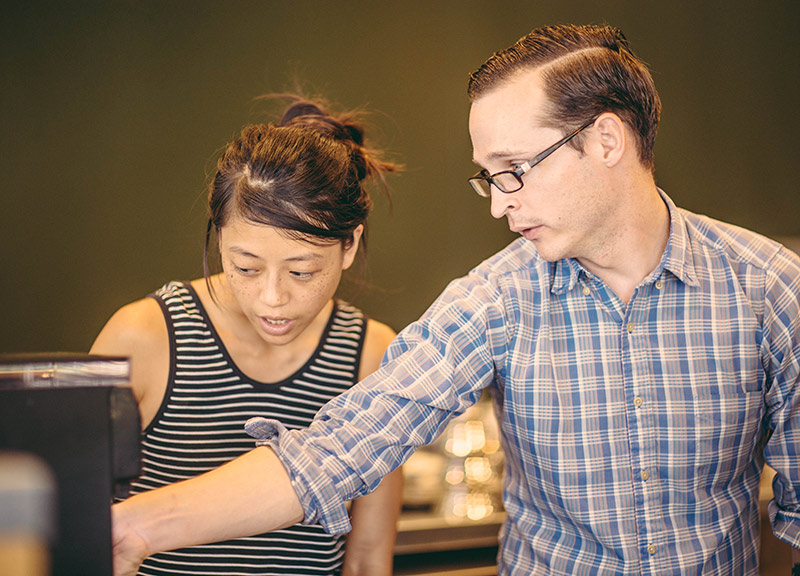 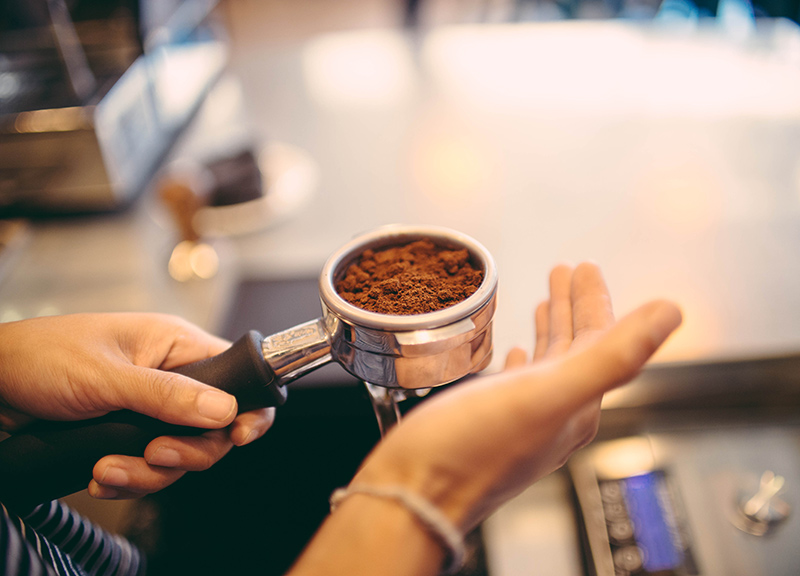 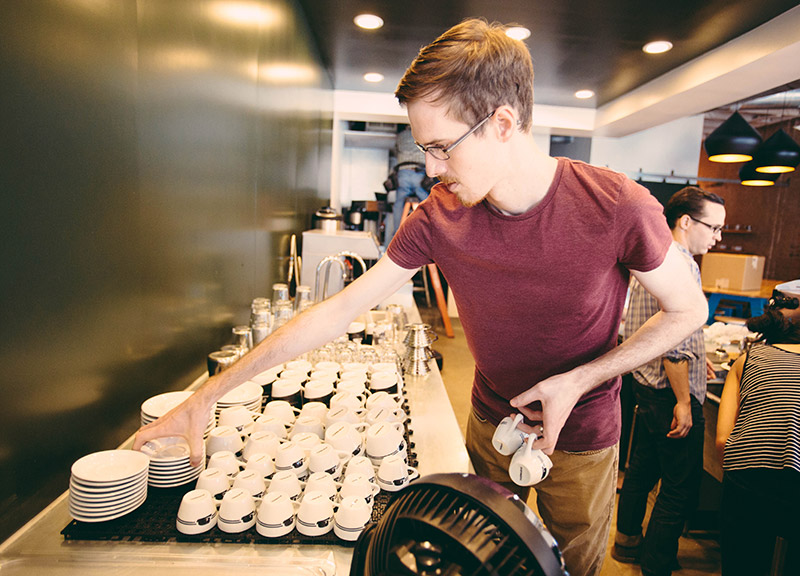 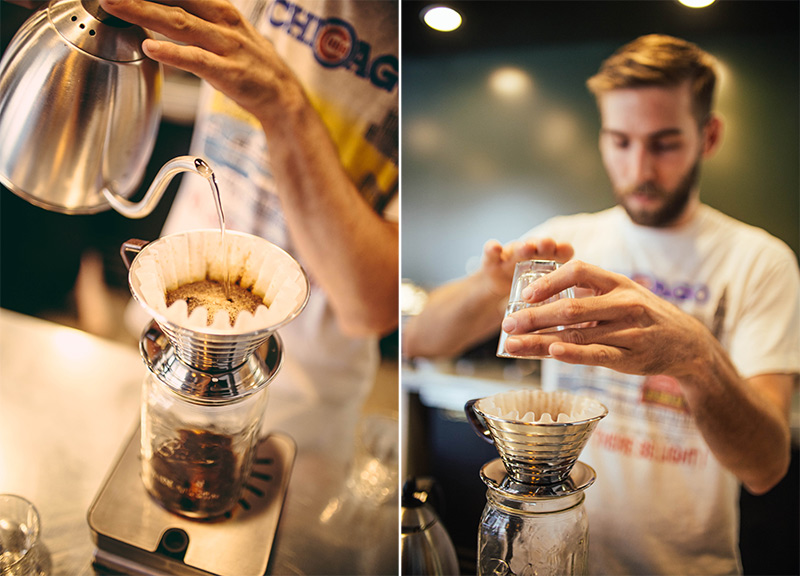 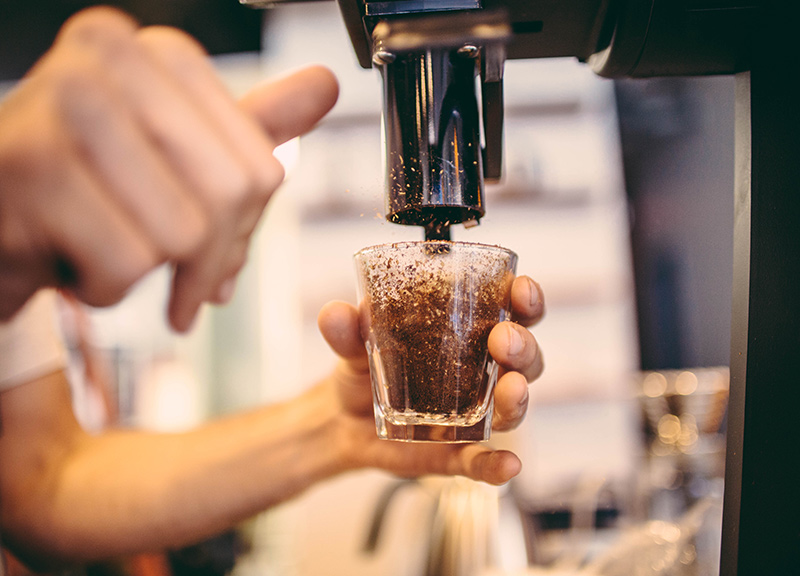 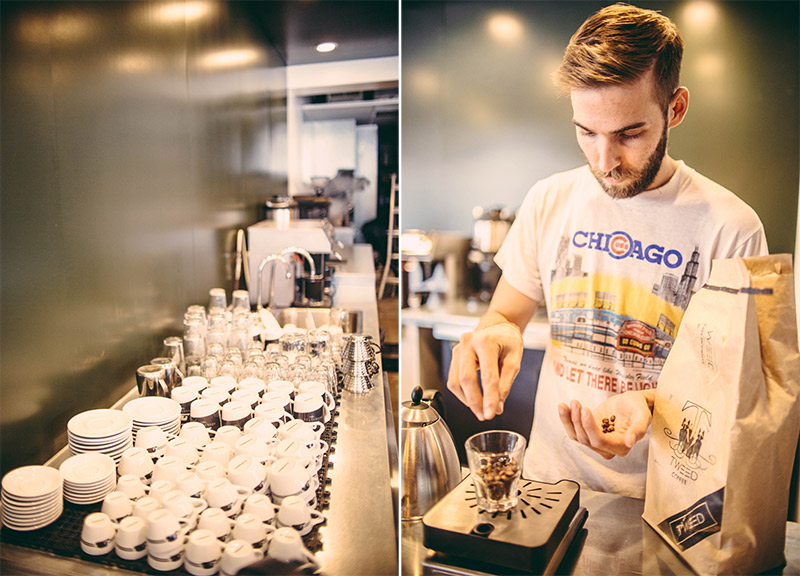 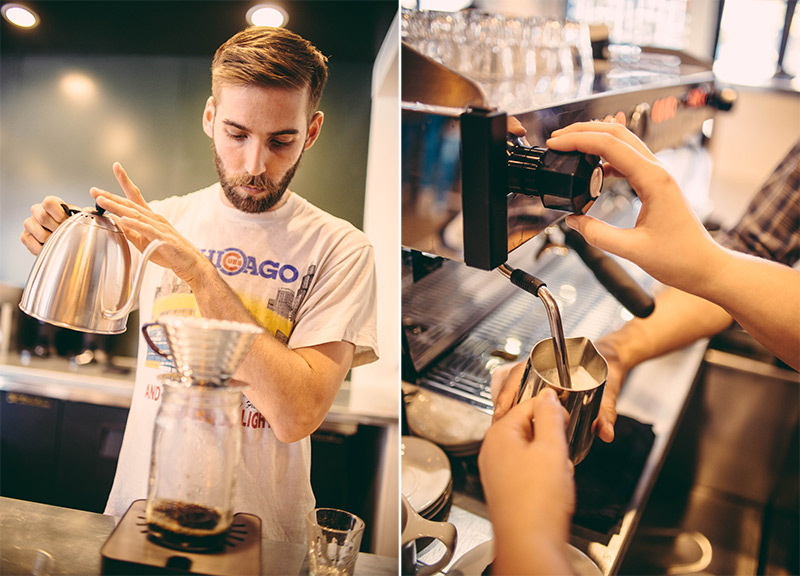 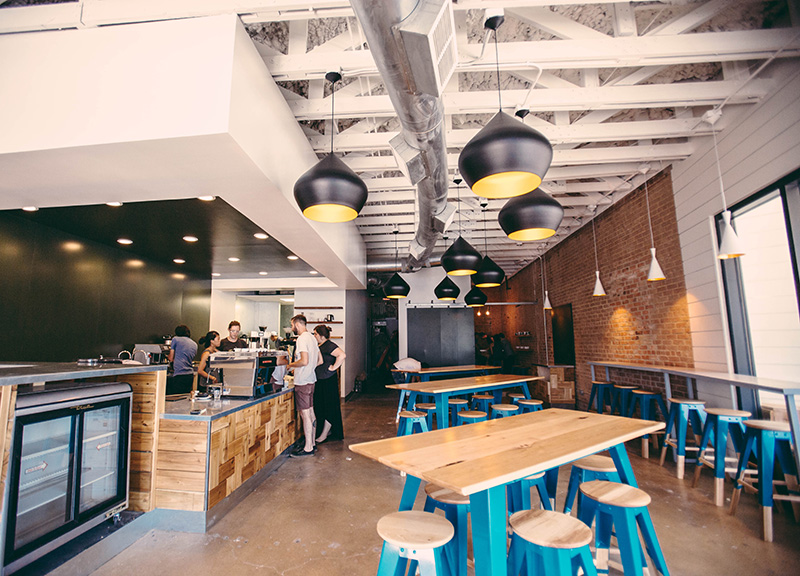 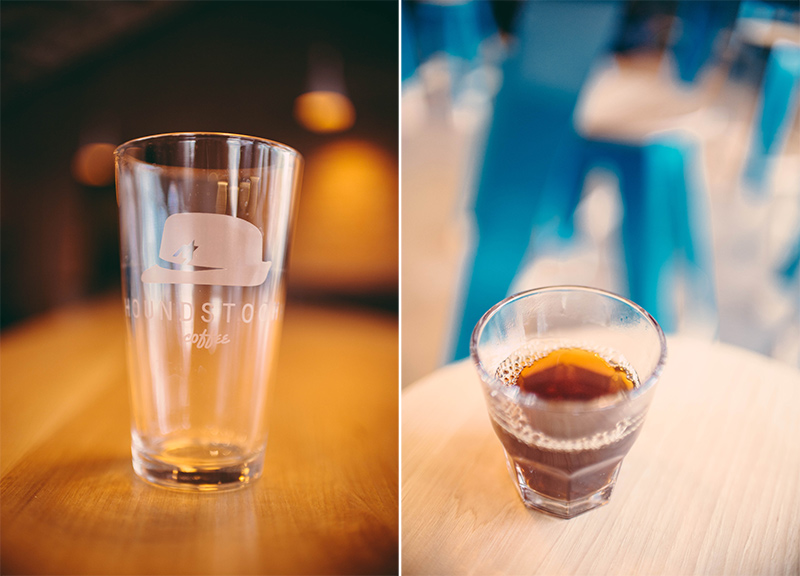 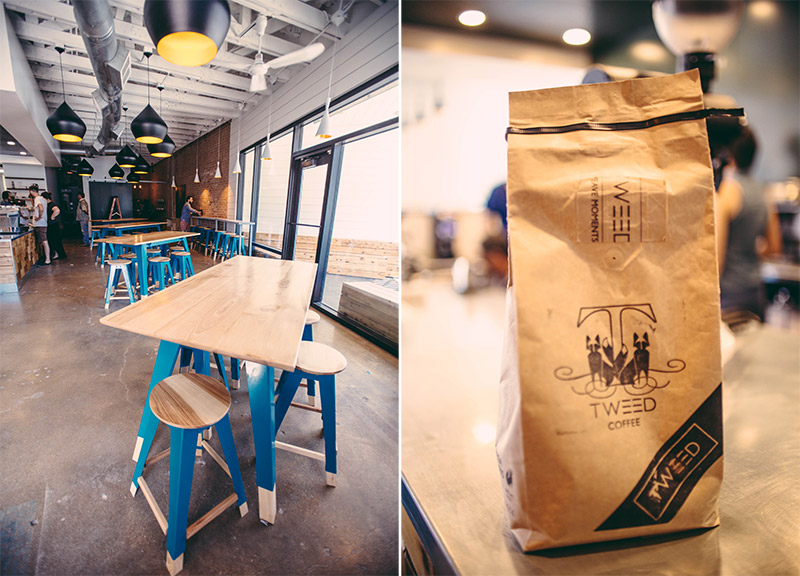 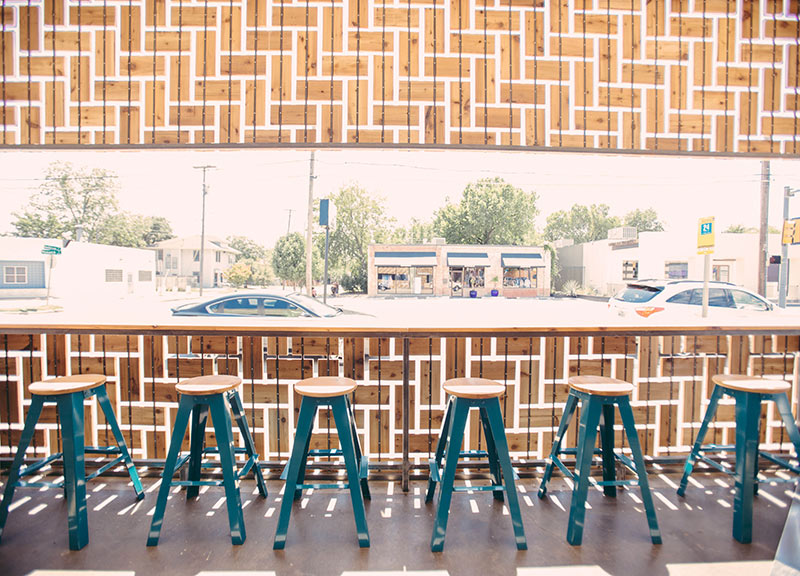 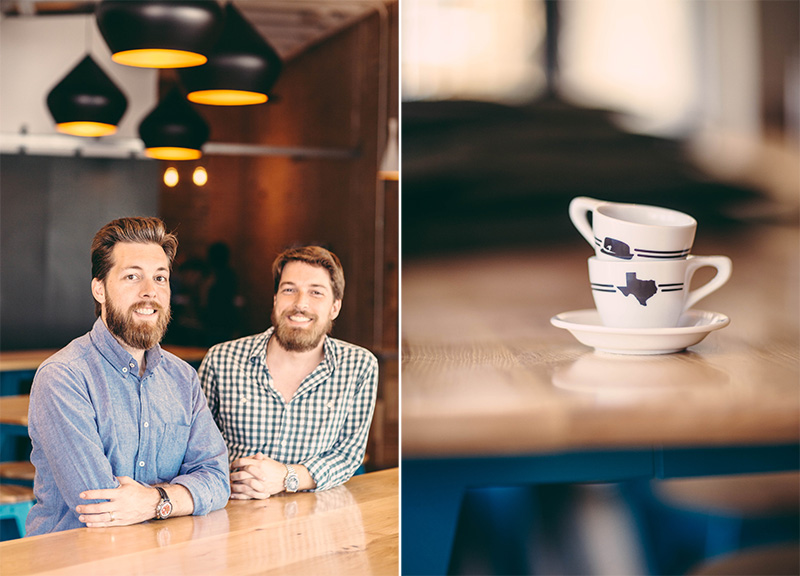