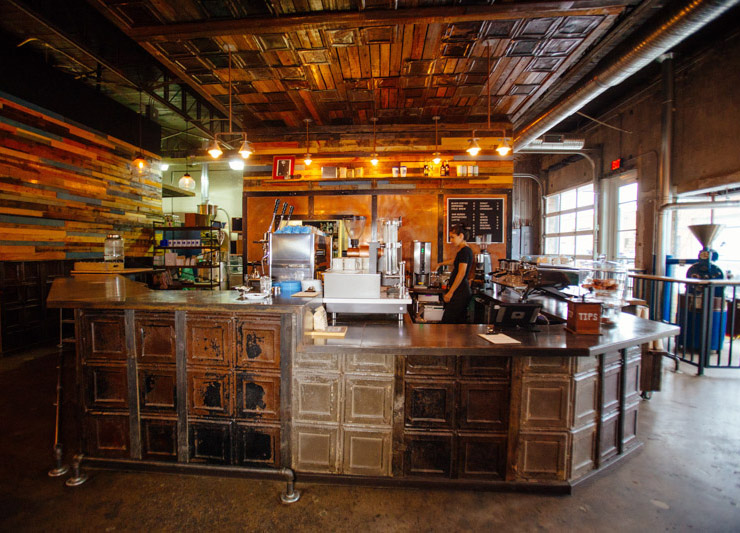 Davis Street Espresso Is A Showroom For Coffee Greatness.

The addition of free wifi in coffee shops has, in some ways, forced a move from what the real focus of going to these places should be.

I mean think about it: Allowing the public access to free wifi means that just about anyone can come use the facilities, laptops in tow.

This isn't necessarily a bad thing. So long as you go in with the honor system of buying something — and not just with freeloading in mind — it's a fair enough trade. Plus, maybe looking up at the menu will cause the customers to become curious, sparking a conversation between them and the barista, and eventually enticing the customer to take a chance and try something new.

But on the off chance that this exchange doesn't happen, you also don’t want there to be too much stuff in place to draw eyes away from a shop's core focus.

At Davis Street Espresso, this isn't a problem. There's no wifi. There's no to-go cups. And the place is only open on Mondays through Saturdays, from 6 a.m. to 2 p.m.

Everything here is served in glassware for a stripped-down focus on coffee at its peak — something that's highlighted since, right behind the bar sis the roasting facility for the ubiquitous Oak Cliff Coffee Roasters crew.

The shop itself, opened in 2013, is an extension of the roasting company started seven years ago by owner Shannon Neffendorf. Here, he and his team are able to test and try out coffees fresh from the roaster.

“We would describe Davis Street Espresso as more of a showroom,” general manager Will Riggs says. “But we do have a lab in the shop as well. It's a place for us to debut OCCR coffees and allow people to taste them the way we think they taste best.”

Aesthetically, Davis Street is an homage to all things coffee. The entrance door knobs have all been replaced with old manual espresso machine levers, and the door stoppers replaced with portafilters (the apparatus from which the shot is pulled). A vintage roasting machine adorns the front of the shop, while, towards the back, there's a room filled with just about every type of coffee maker you can think of.

Behind the bar, however, traditional extraction methods remain king, and there are only two options — espresso made with a Bosco machine or drip coffee from the Steampunk, one of only two such machines in Texas.

The Steampunk is a full immersion brewing method, similar to a French Press or Syphon Pot. But this machine enables the barista to have more control over the variables of the coffee, allowing for a repeatable, flavorful extraction for every cup and making it the brew method of choice for the shop. Sorry to slow bar fanatics: “While we love methods like ChemEx, French Press and Aeropress, the beauty of the Steampunk is its quality paired with consistency,” says Riggs.

Since Davis Street is an extension of OCCR, it gets its coffee through the direct trade relationships made with farmers across Central and South America, with a few outlying exceptions throughout the world. The coffees in the shop all focus on clean and sweet tastes with a lighter roasting style that the roasters have worked on perfecting these past seven years. The majority of the coffees are single-origins, too, meant to highlight the hard work that the farmers put into each bean.

I had the pleasure of trying a cup of Brazilian coffee made by the magical Steampunk during a recent visit. The machine brews a cup of coffee that’s a consistent throughout drinking — unlike other brews, the taste doesn't settle into unexpected or different flavors after a few minutes. It was the same clean taste of chocolate and citrus with hints of maple and oats from start to finish, with a heavy, filling body that's great for a morning or midday brew.

This kind of expertise can be seen elsewhere, too. Later, on the espresso side, I had an iced Americano, served to me in a mason jar. The espresso had a bright profile with a light body, and strong berry notes throughout — and it was perhaps one of the cleanest-tasting versions of the drink I've ever had.

I have to give some credit to Davis Street’s policy on glassware — a firmly held conviction in the coffee world, as glassware helps you to taste the true essence of coffee without the artificial, unwanted flavorings of a to-go cup. Other credit can go to the effort placed into maintaining the purity of what they serve here, starting with the menu that Neffendorf built with an approachable European cafe mindset.

“If you're new to coffee and just want to try something simple but fantastic, we have a $2 house black coffee or $2 house espresso,” says Riggs. “And if you're a coffee enthusiast and you want to talk about all we have to offer, then you're in the right place.”

It's a cool deal: Davis Street provides the folks over at OCCR with the opportunity to connect with customers beyond its wholesaling efforts to more than 60 clients in the DFW and beyond. The shop side works in tandem with the roasting side, although they are two almost completely different parts of the same whole. 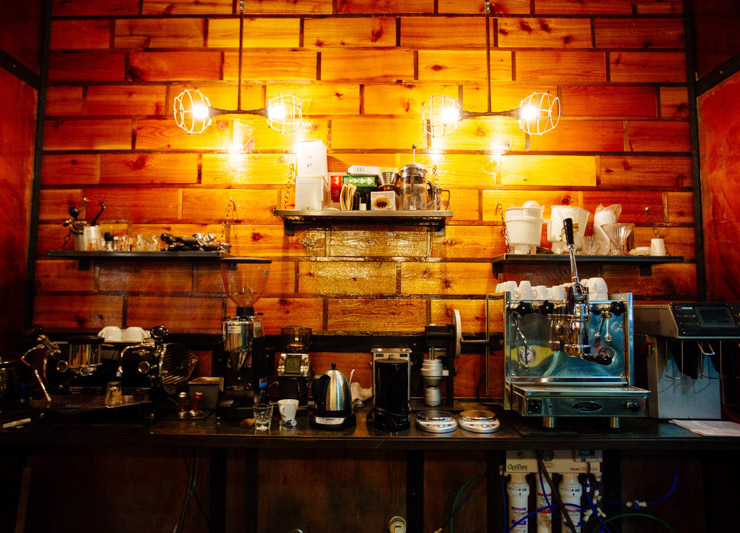 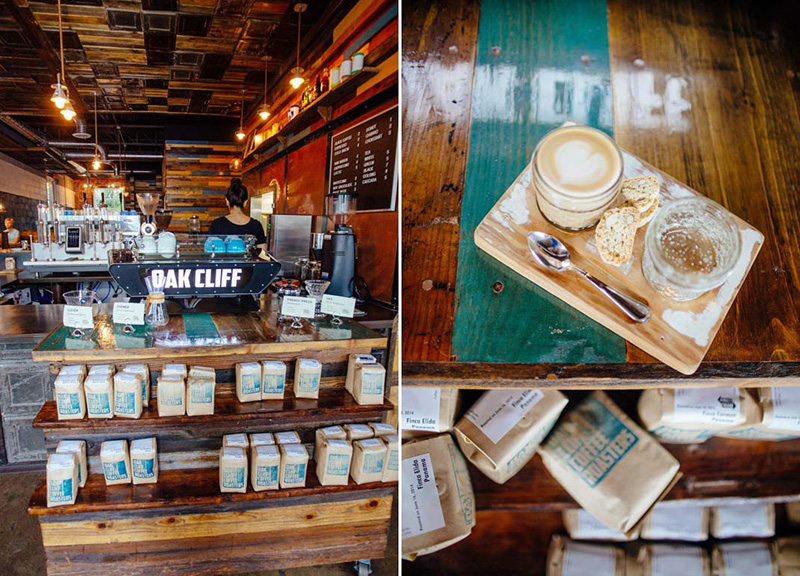 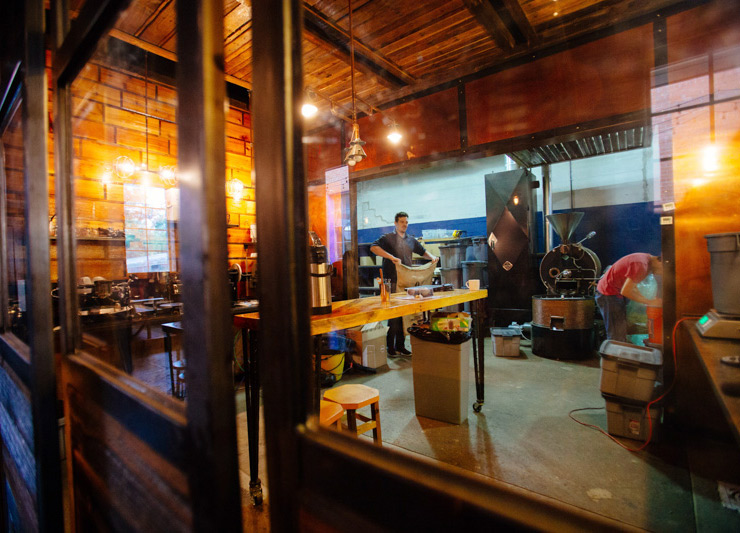 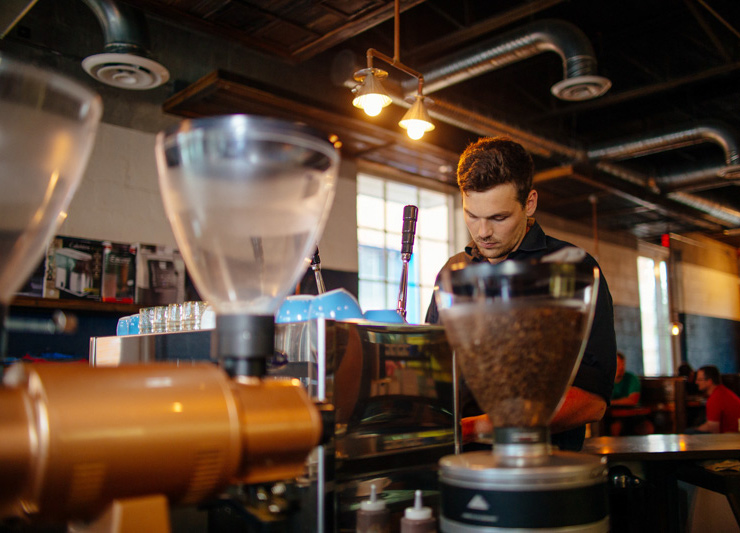 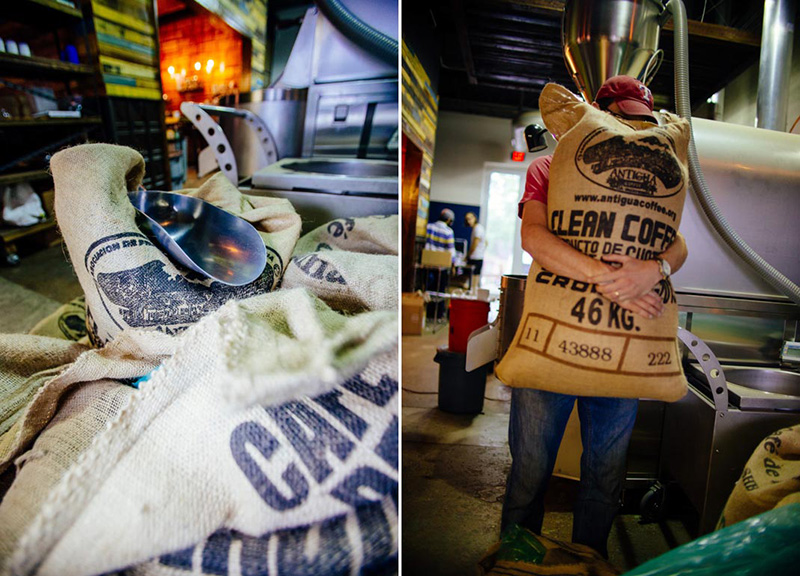 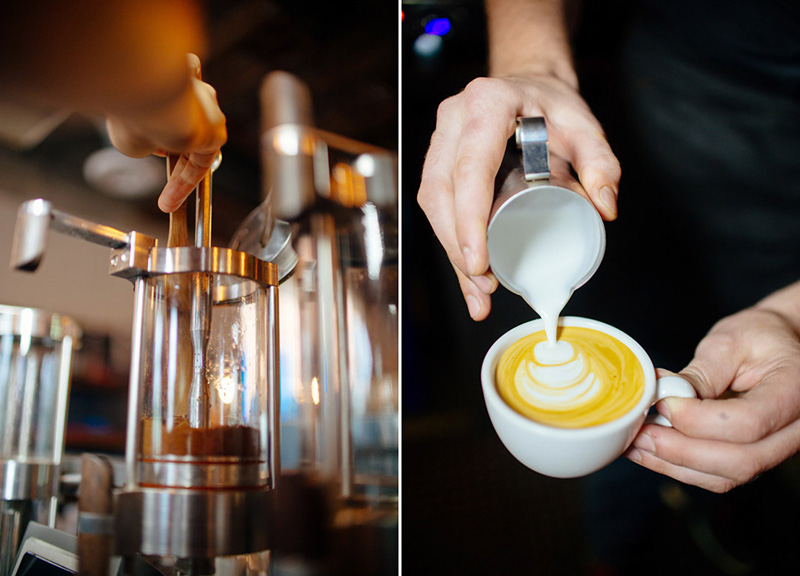 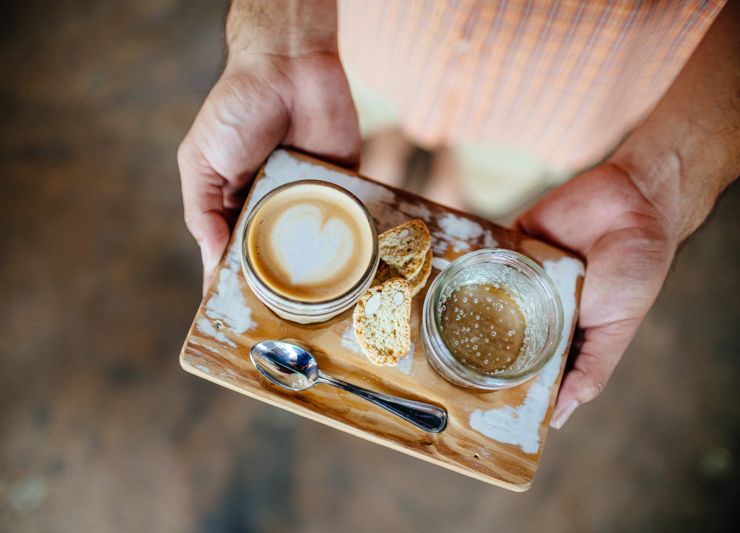 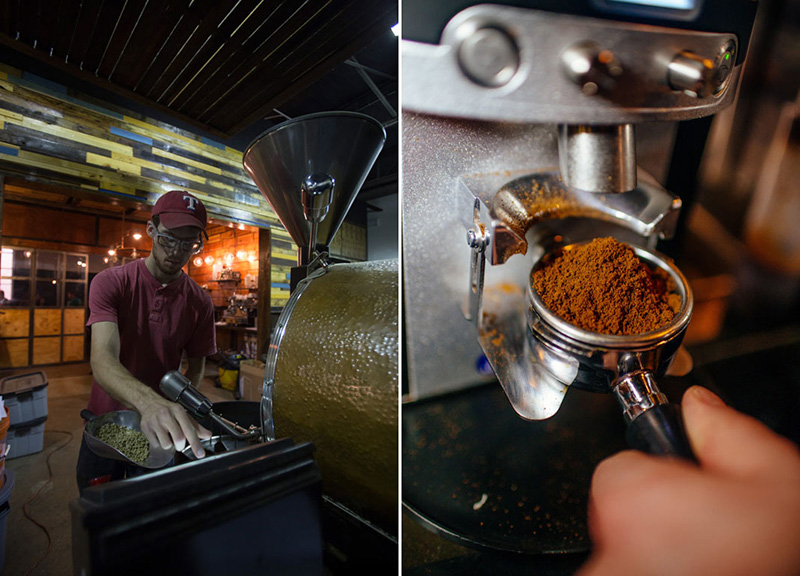 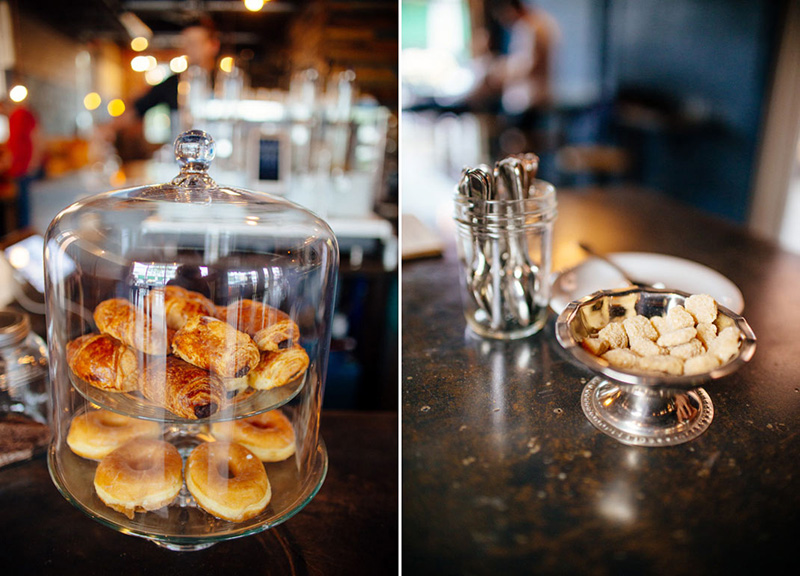 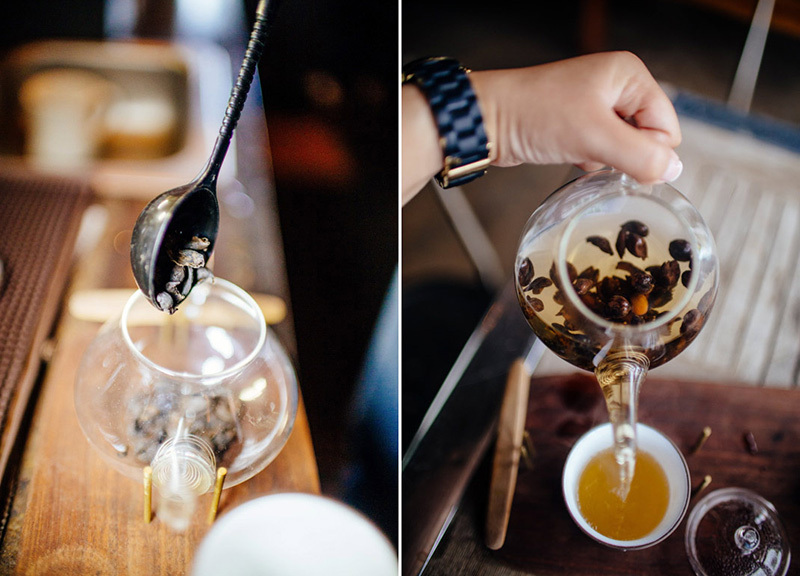 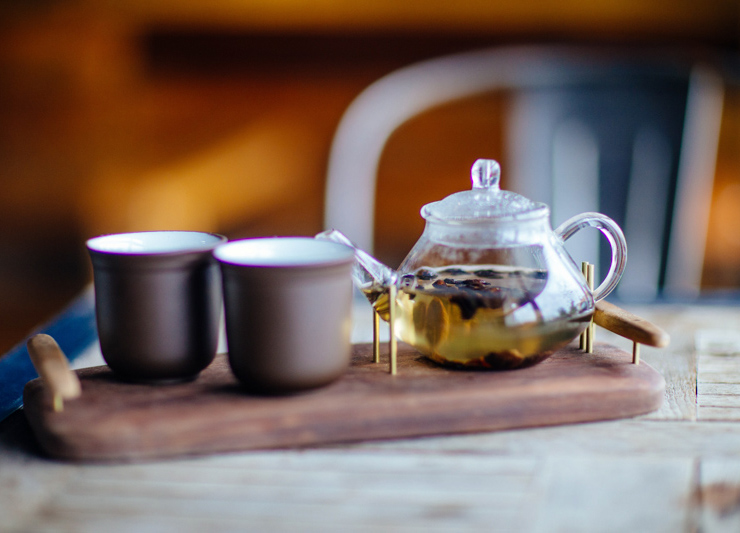