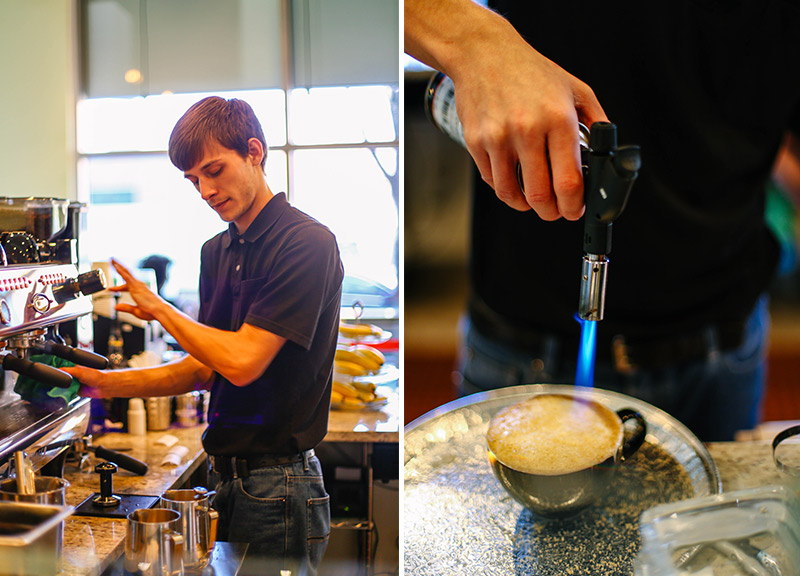 Just getting a cup of coffee? That's easy enough.

Go the simple route with a standard Mr. Coffee or Kurig. These household machines may not provide the most lavish cups of coffee, but they're simple, they're fast and, most importantly, they produce a cup of drinkable coffee (assuming you're not completely clueless as to how to use them).

Wanna live life a bit more on the fancy and complicated side? It's a little more time-consuming, sure, but higher-caliber options exists most everywhere these days for the coffee connoisseurs among us.

The July-opened Sip Stir exists pretty much exclusively for these for the upptiy coffe-drinkers among us. Really, just take one look around the place and it's clear: This West Village spot's approach to coffee is far less Folgers and far more beaker-on-a-Bunsen-burner.

It's just a sharp-looking place, for one thing. Metal chairs and tables are contrasted by leather booths and wood wall paneling. And floral and grass wall decorations and fresh pastries delivered daily by Rush Patisserie give the place a light, airy feel.

But the bar itself? It looks more like a science lab than something you'd expect to see in coffee shop.

Most notable is the three-foot-tall glass mechanism used to make the iced coffee: “It's almost like a science experiment,” says Rosa Baeza, one of the baristas employed since Sip Stir opened.

That cold drip is made without any heat whatsoever. Instead, the coffee is filtered through the glass chambers in a whopping eight-hour brewing process. Once finished, the coffee boasts a pure, almost unaltered taste. The quality and consistency similar wine: It's strong, slightly fruity and its has a chocolate-y aftertaste that rounds it out.

But that's just the start of things here. Blow torches are used to caramelize the brown sugar that tops the creme brulee latte.

“It's one of the biggest sellers,” Baeza says of that creme brulee drink. “It's a vanilla-based latte with brown sugar caramelized on top. It's my favorite.”

The latte is sweet — but not overwhelmingly so, considering the amount of sugar used. And the taste? It's as close as you can get to the French pastry in a coffee drink. The caramelized brown sugar creates a marshmallow-like barrier at the top, which is then followed by the smoothness of the actual latte. It's light and decadent in the same breath. You'll almost forget you're drinking coffee until the taste of espresso finishes off the experience.

Sip Stir, like some other area coffee shops, also uses a La Marzocco espresso machine. Its coffee is provided by J. Gursey Fine Coffee & Teas, a vendor out of Los Angeles, California. The coffee selections are delivered weekly and aren't roasted until the order is placed.

Sure, some of it is pseudo-scientific, and that can be intimidating. but the bottom line is this: They make a hell of a good cup of coffee here.

“I didn't start drinking coffee until I started working here,” Baeza admits. “My mother is a coffee-drinker, so I was used to just regular coffee. [But, here,] you can really taste the difference in quality.” 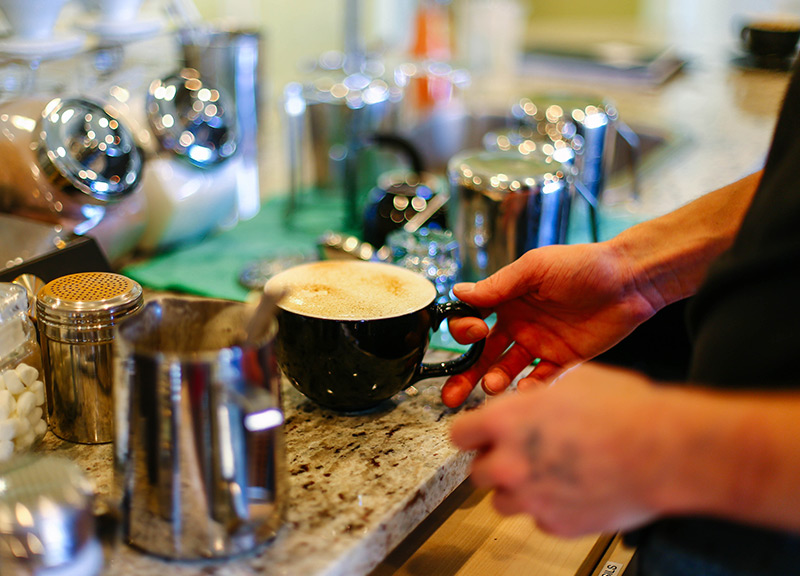 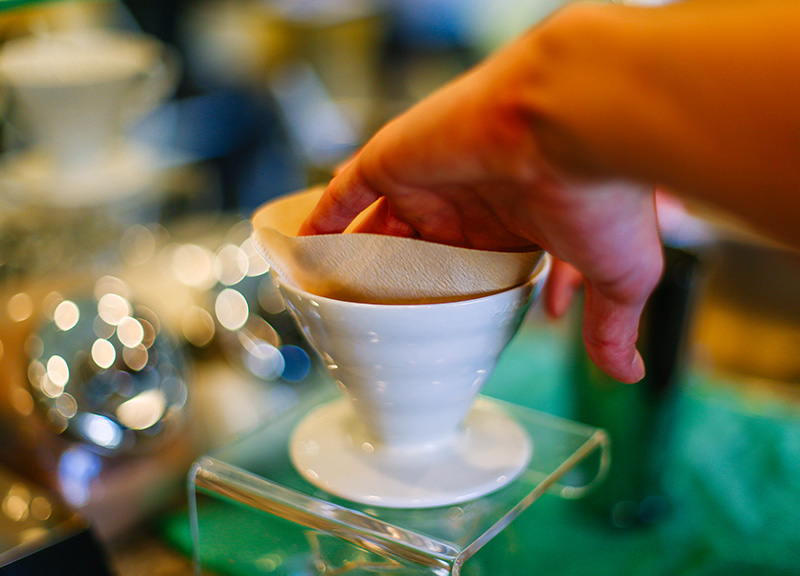 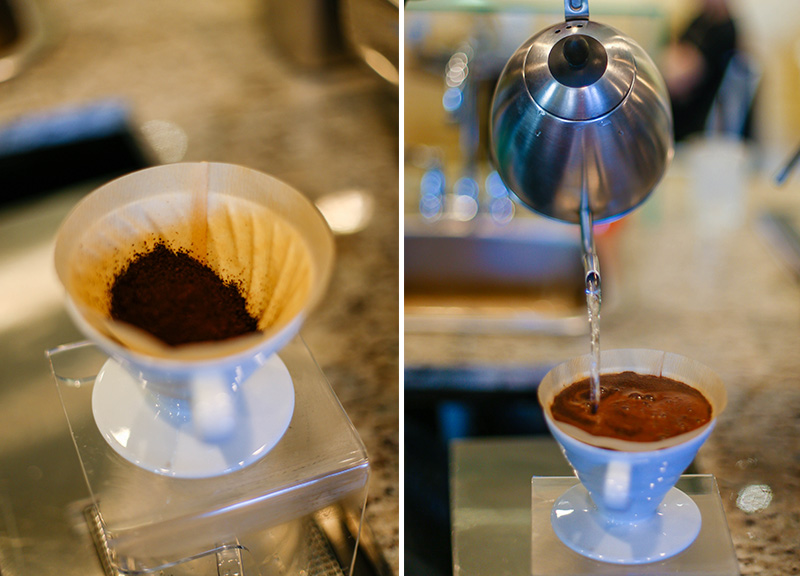 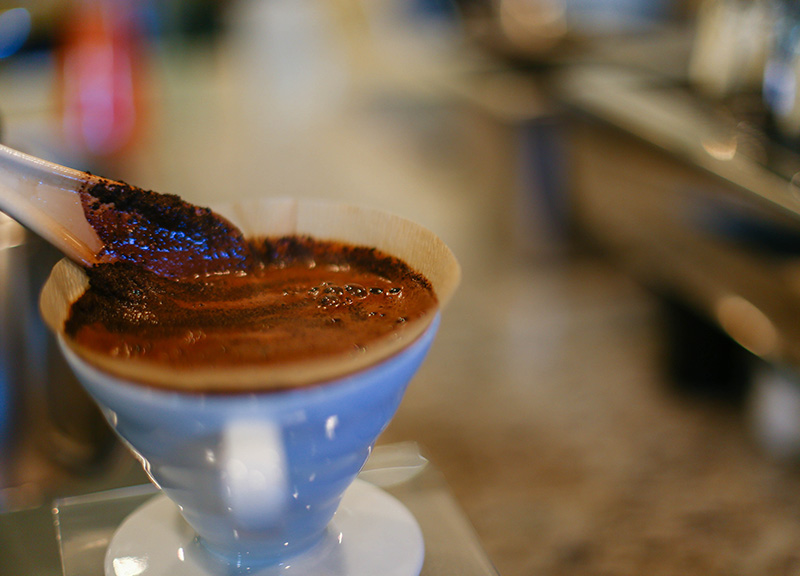 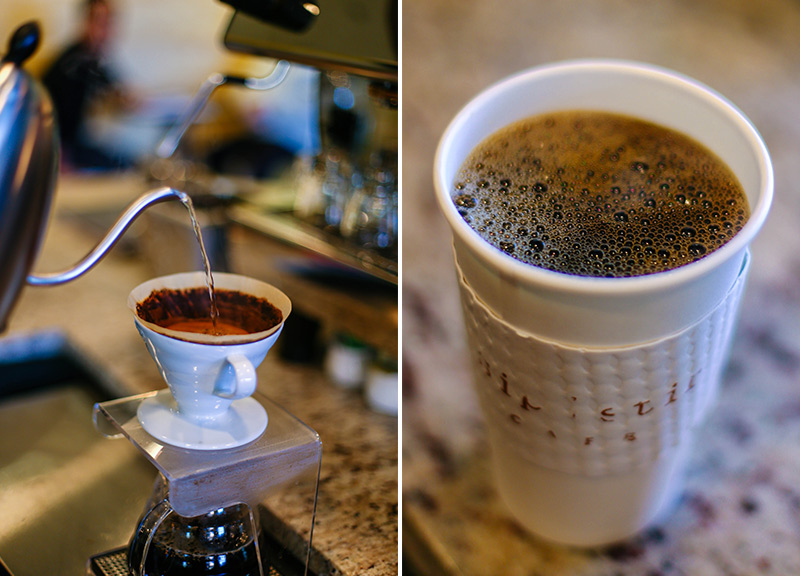 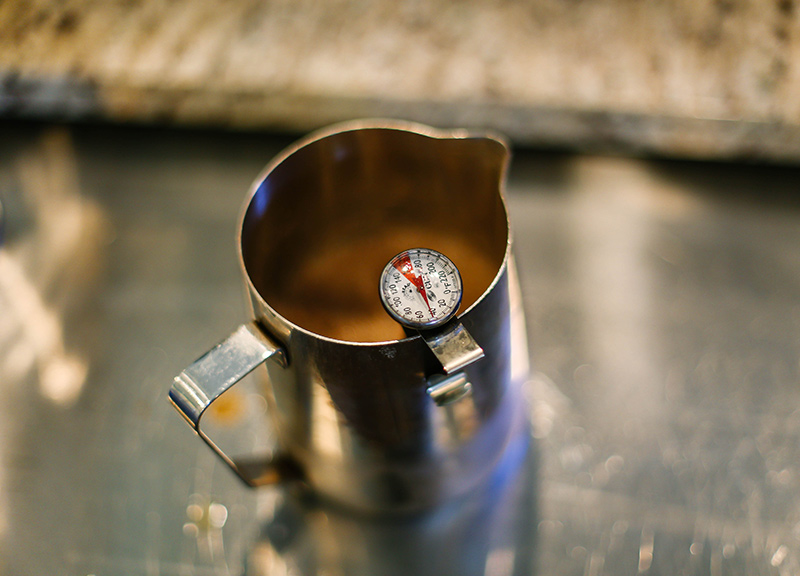 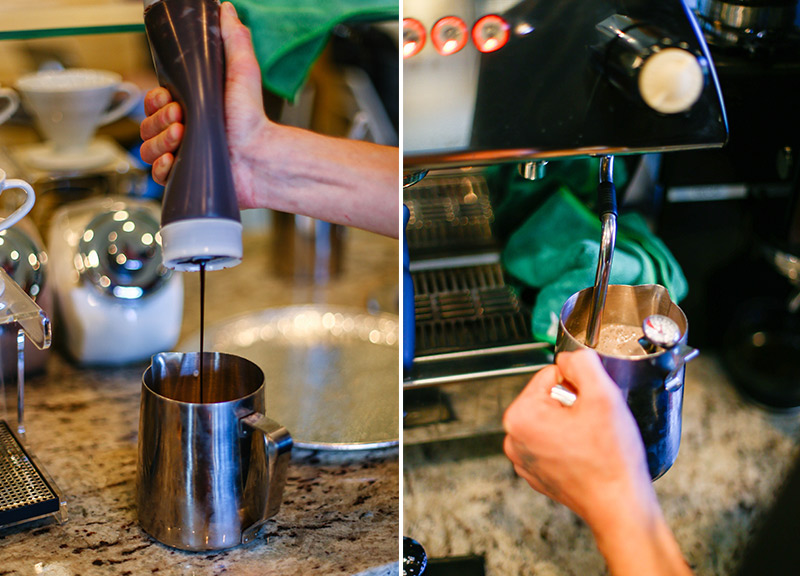 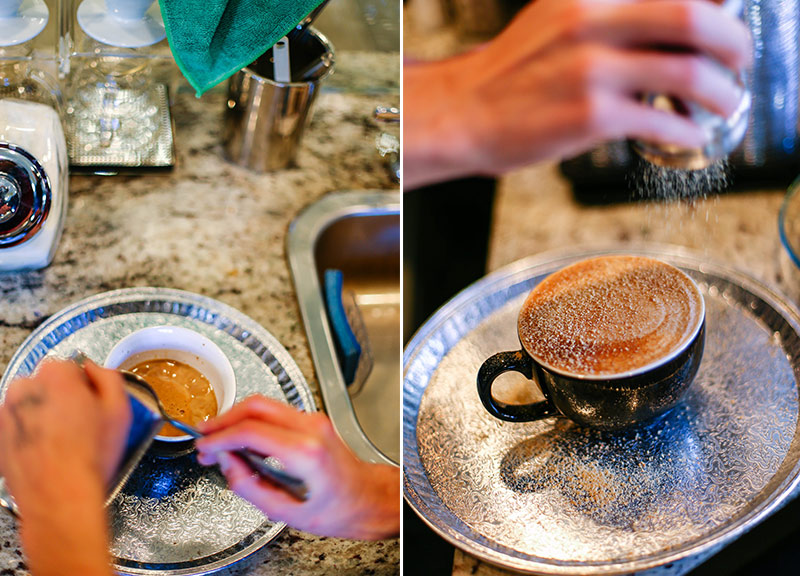 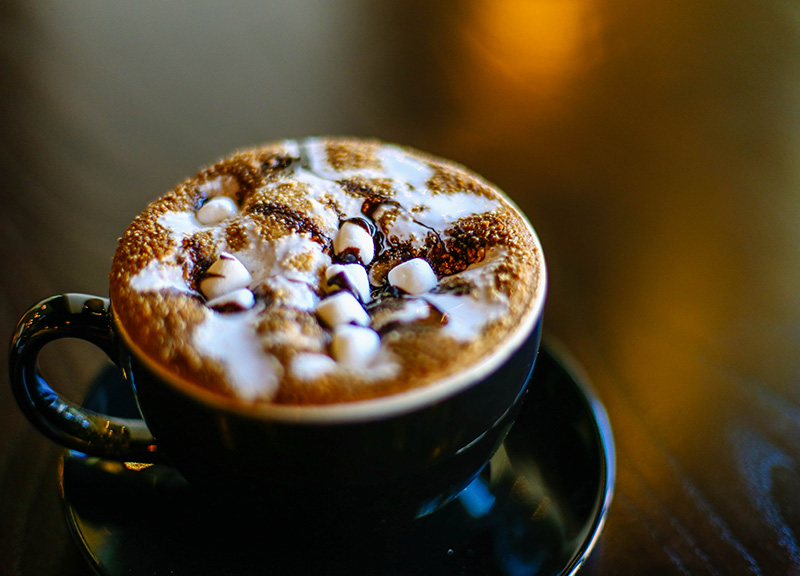 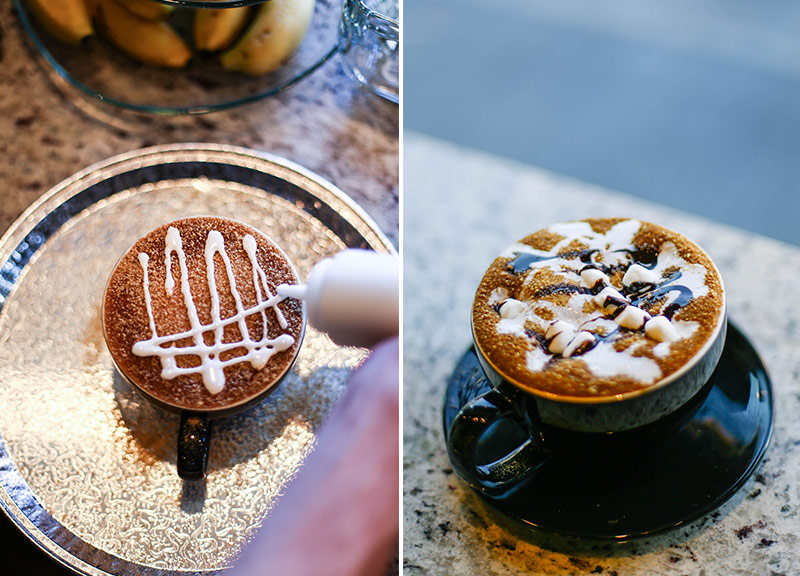 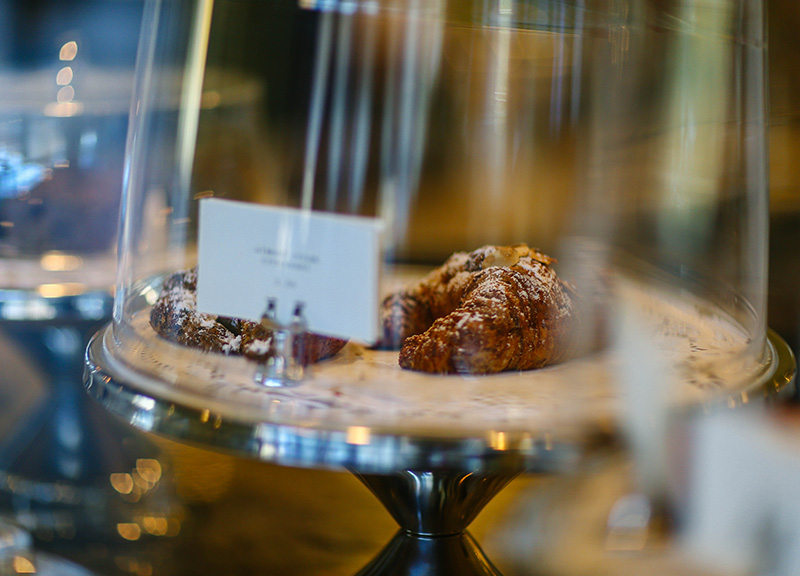 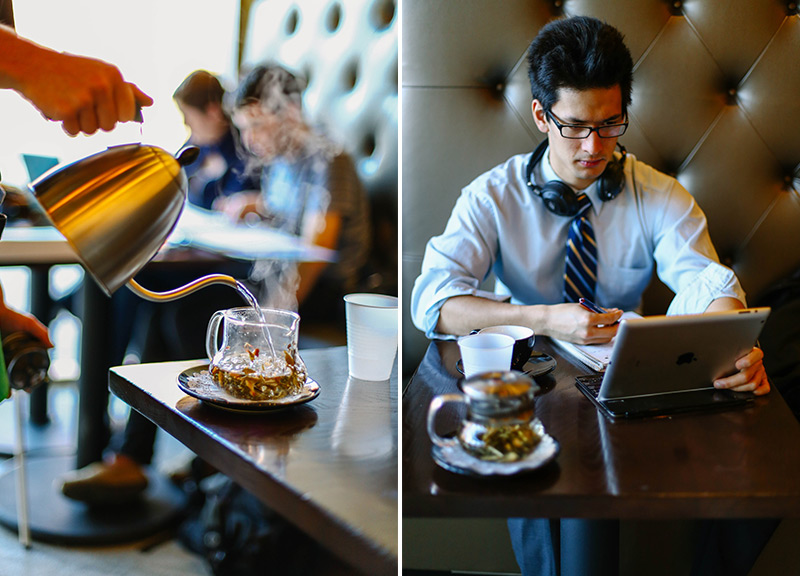 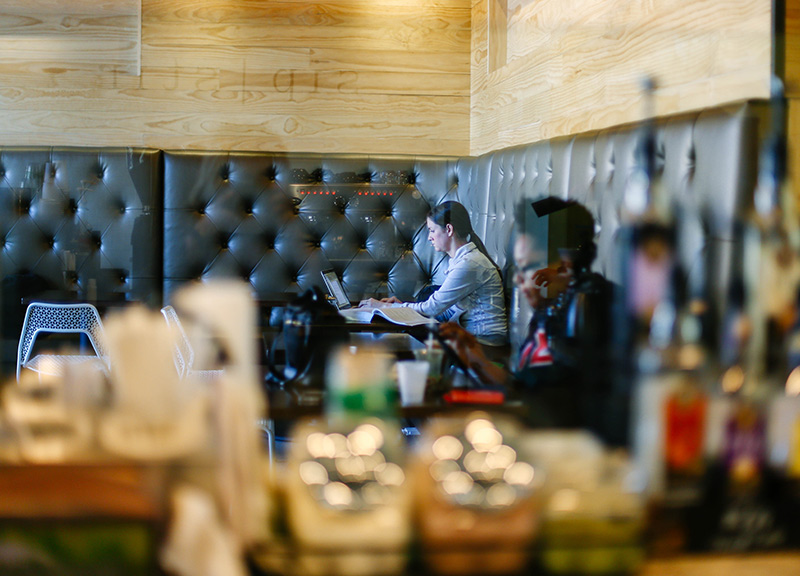 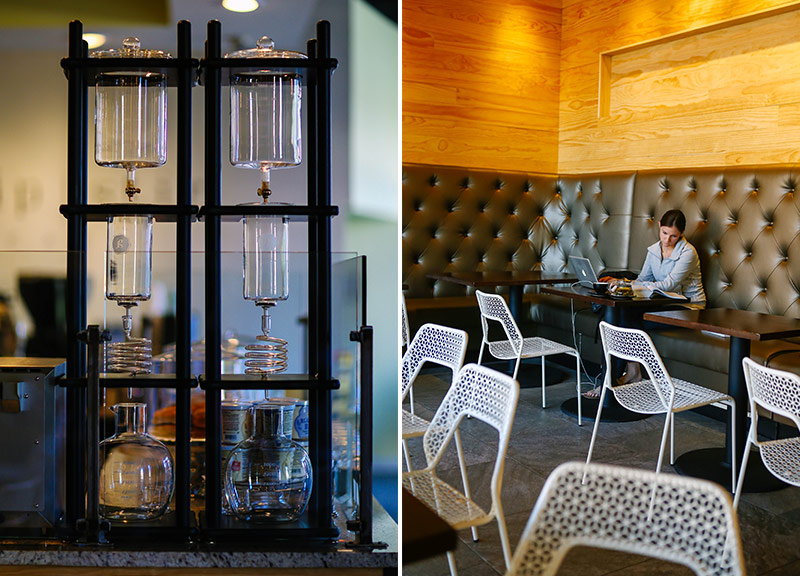 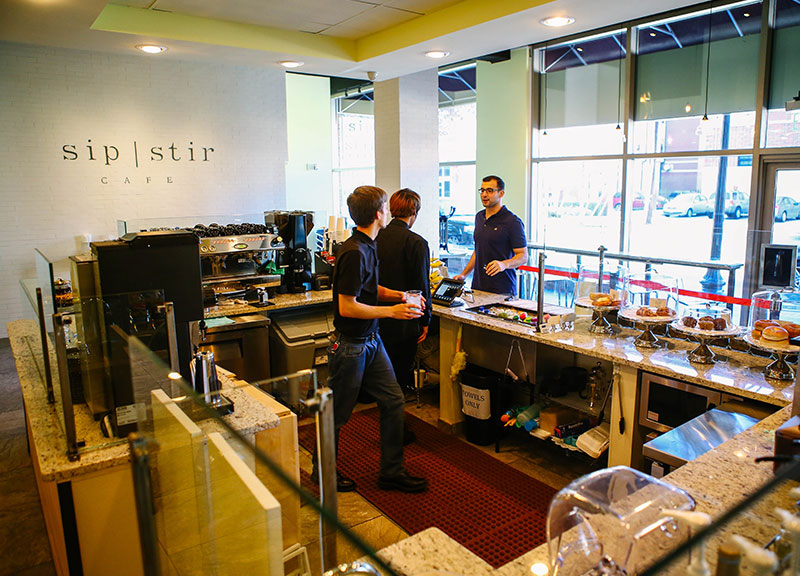 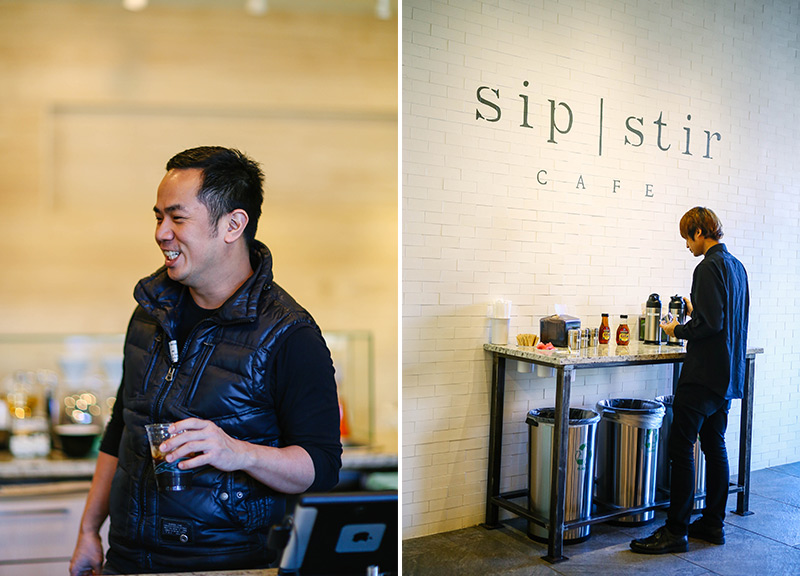