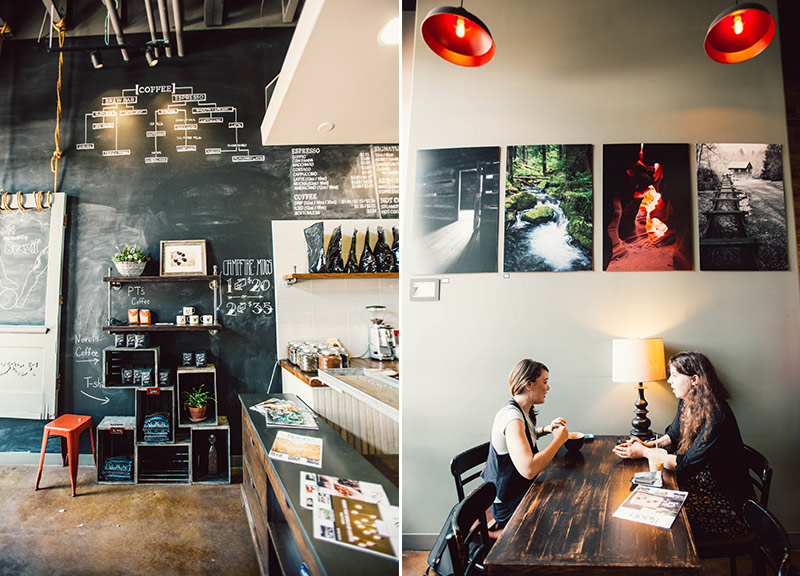 In Highland Village, Roots Coffeehouse Is Fighting The Good Fight In The Battle For Craft Coffee.

How do you get someone to slow down in these fast-paced times when everyone, constantly, is in a hurry to do something or to go somewhere? It's tough, that's for sure, which is why a whole market based on instant gratification has been spawned, creating a culture in which people not only expect things to be done well, but done quickly.

The craft coffee movement, however, exists outside of this realm. It's a throwback, a return to simpler, slower times when coffee was made by the cup — and in the amount of time that it takes to make sure it's done right. Scientific advances on brewing aside, the mentality of taking the time to make sure everything is done right is back en vogue in this world.

Up in the suburban climes of Highland Village, these two concepts are converging. The residents in this Lake Lewisville-abutting town are no strangers to the fast-paced life; their lifestyles are filled with commutes, errands and an all-around feeling like there’s no time for oneself. And yet, in the face of this, Roots Coffeehouse is fighting the good fight against instant gratification, standing by a craft coffee mentality and hoping to show the people of Highland Village that taking things slow is, in fact, a better option.

Open since 2013, this location is the second outpost of the franchise — the first of which is similarly located i the suburbs, but over in North Richland Hills, outside of Fort Worth. Owned by J. and Melanie McWhorter, a couple that seems dead set on giving their spots a straight-out-of-Pinterest appeal, the Highland Village location is completely different from the first one. It's open and airy, filled with artwork that gives it kind of a homey feel and featuring a bar and some seating that J. McWhorter, who studied carpentry at Texas A&M University, himself built.

Behind that bar, meanwhile, a large chalkboard wall serves as both a menu and mural space for the team of baristas to update with shop-appropriate designs and useful information for customers — a forum that allows every member of the creative team to add a little bit of their own personal passions to the shop's feel.

For the most part, though, it's a relatively inexperienced staff. Almost no one here had any prior coffee experience prior to starting their work at Roots. No matter, though, says manager Justina Veloz: “[The staff] just had a joy and a pride to learn about [coffee] — and eventually getting good at it.”

Good thing, too, as the M.O. here depends on that: “We want this community to grow in coffee knowledge as much as they can,” Veloz continues.

So here we have an interesting situation where the baristas are learning about coffee along with the customers, most of whom have to date been standard frappuccino drinkers thanks to Starbucks' suburban dominance.

But the menu here was still designed with a craft focus in mind just the same, focusing on traditional coffee drinks that put an emphasis on the flavor complexities of the beans. Roots does well in this regard, getting its coffee from Novel Coffee Roasters, with guest roasters such as PT’s Coffee Roasting Company being featured from time to time.

It all makes for excellent lattes and iced coffees — plus a variety of solid teas, too — but the most popular drinks among the regulars here are actually the items on the secret menu. These include the Cortuban (a six-ounce version of Roots' Cuban that's made with sweetened condensed milk), the John Wayne (a pump of vanilla flavoring and cold half-and-half that's topped with espresso and is supposed to be downed like a shot), the Lucky Irishman latte (which comes with a mix of hazelnut and Irish cream) and the Shakerato (a take on a vanilla latte that cane be made either hot or iced). The Shakerato is especially delightful — a simple drink that's sweetened every so slightly with homemade vanilla and gently shaken to perfection.

But there's a reason why these drinks — despite their popularity — are kept secret. The whole idea behind Roots' menu is to discourage customers from flavored coffees, thus putting more of an emphasis on the coffee itself and helping to usher this suburban neighborhood into a new era of coffee drinking. (One obvious exception is a regular-menu honey vanilla latte that's made with fresh honey from right down the street.)

“We want to go where third wave coffees are going — which is traditional — and bring people back to the way things are supposed to be and explain why you like what you like,” Veloz says.

And, thus far, Highland Village has been pretty receptive of Roots, which stands as one of its first true craft coffee shops. Still, Veloz concedes, the pervasive mindset of instant coffee remains a constant struggle.

“With fine dining, do you go to the chef and say 'Hey, I want this in five minutes or less,' or do you wait because you know that he's crafting it?'” Veloz asks, rhetorically. “So that's what we have to battle within ourselves. Do we want to be pushing out all of these drinks, not having fun or being passionate — and just being tired? Or do we meet them in the middle, make it as fast as we can, while still having fun behind bar and still representing our roaster as well?”

It's a tried-and-true compromise — one that's helping Roots win over some hearts in its battle.

“The moments where we get our regulars trying other drinks that are better for their palates, bringing them more into the coffee community — that's what basically makes it all worth it,” says Veloz. “I am doing something within this community, with their perspective on coffee. We're trying to build relationships where they trust us.” 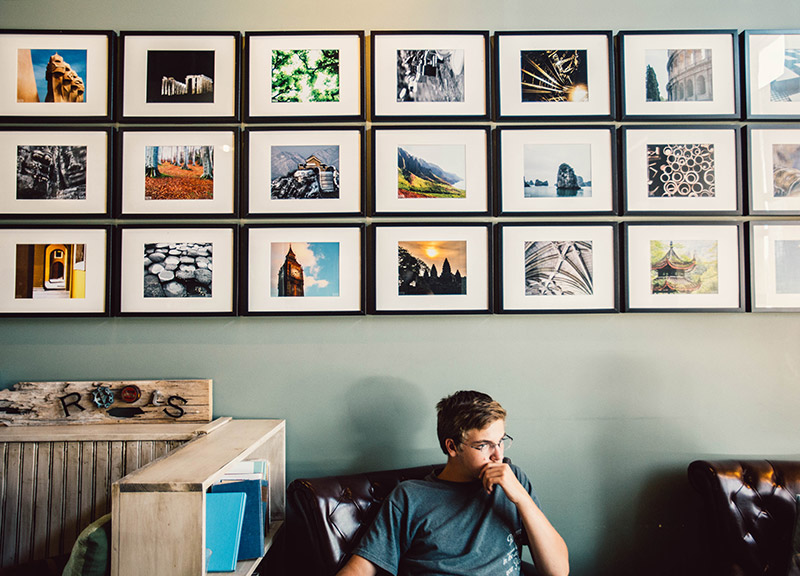 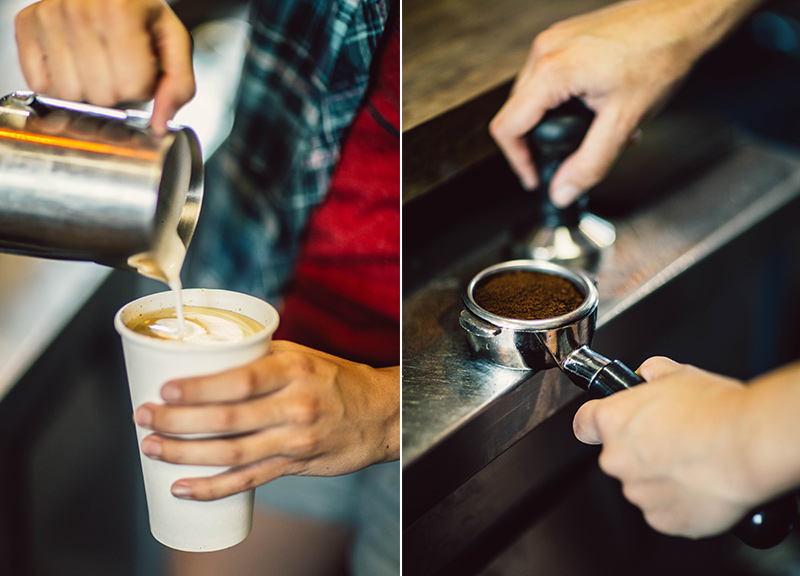 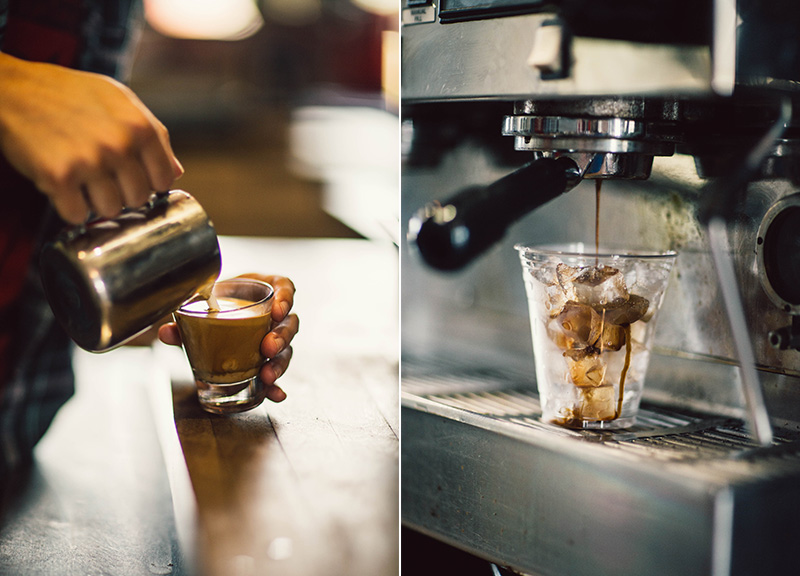 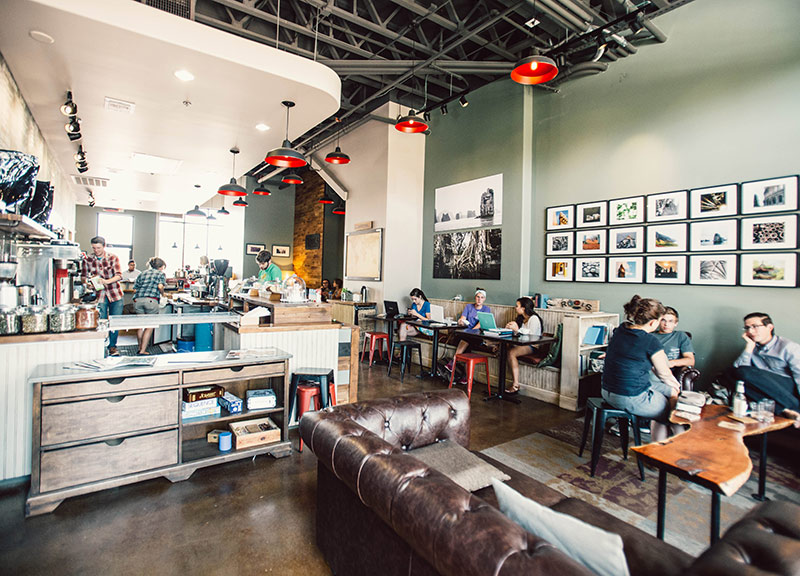 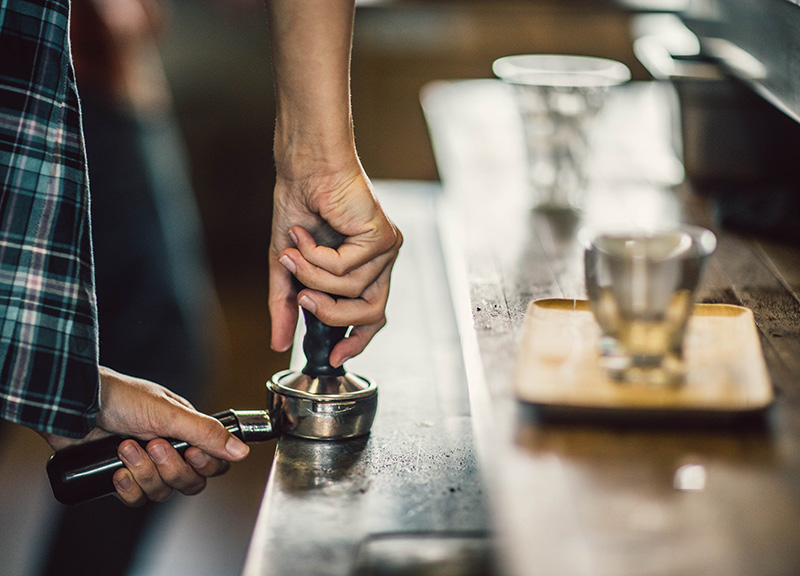 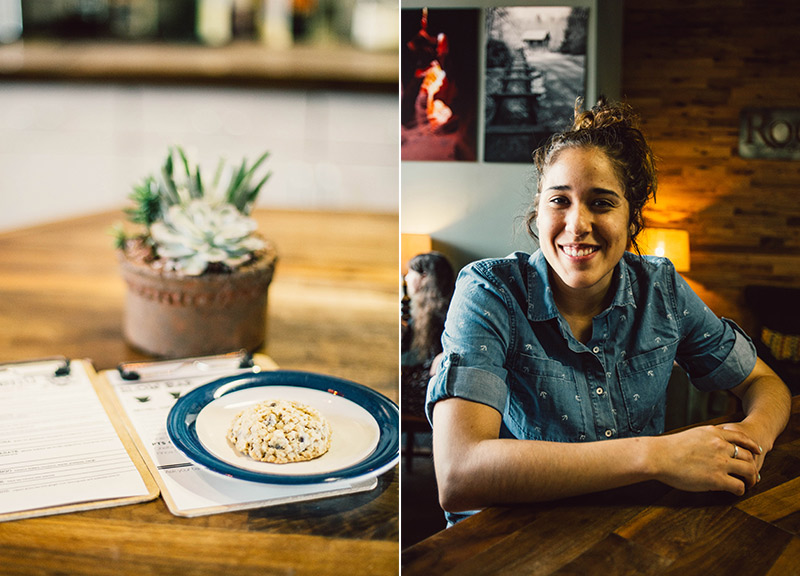 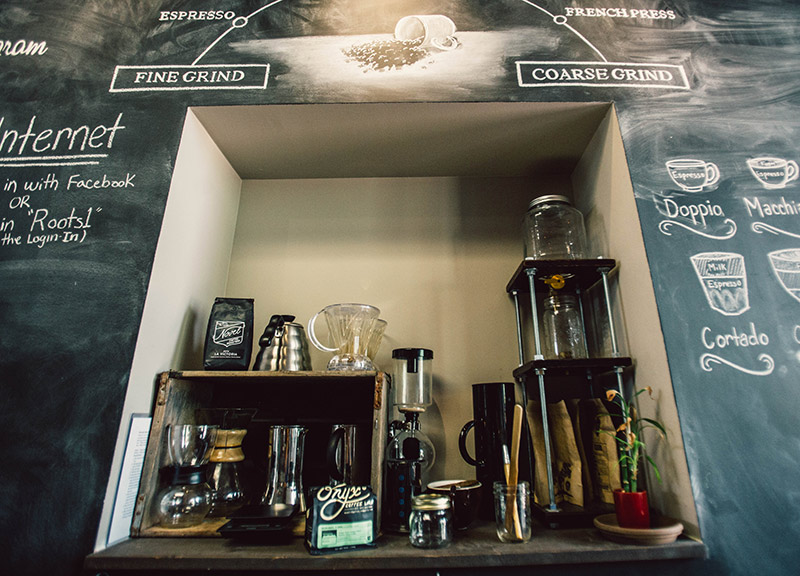 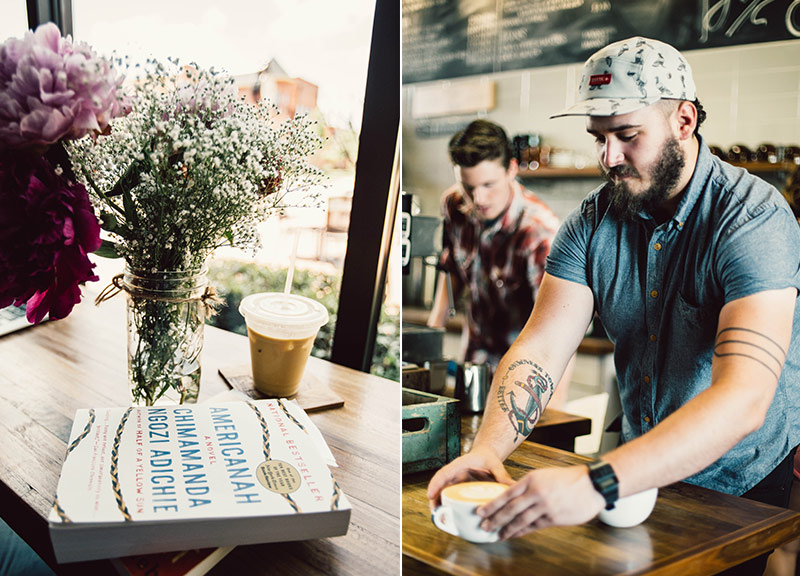 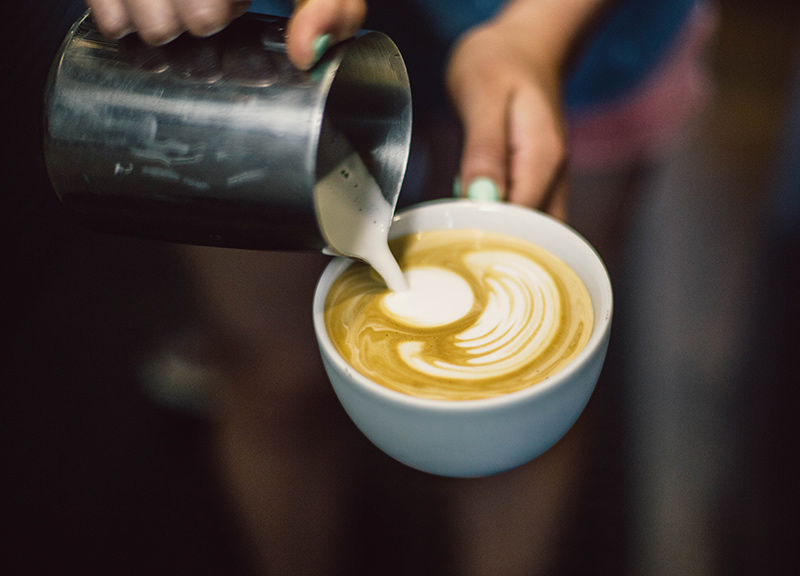 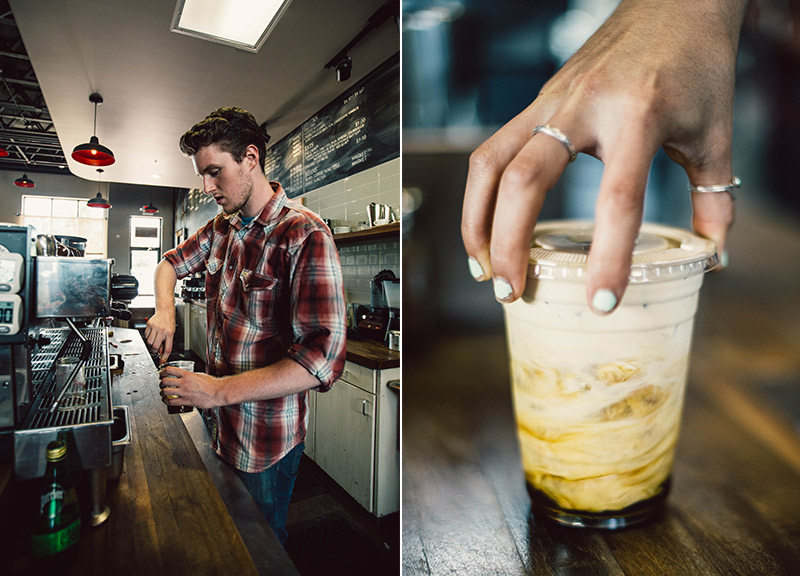 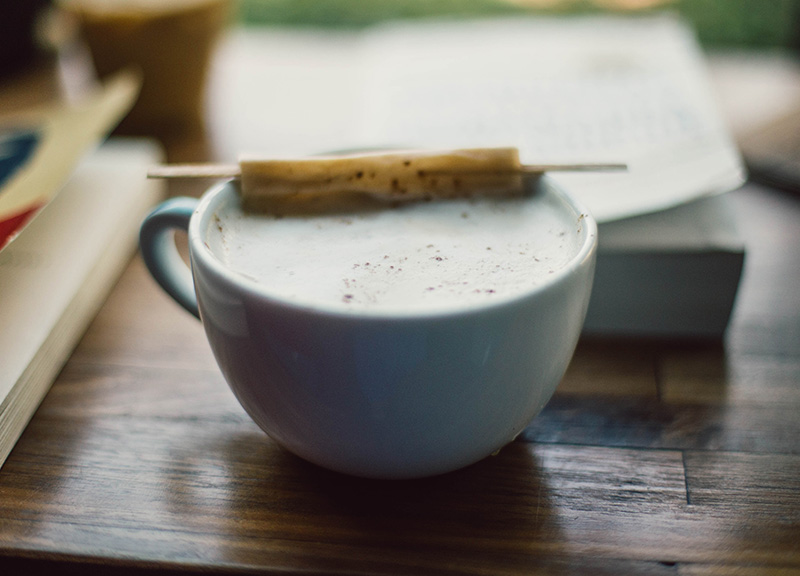 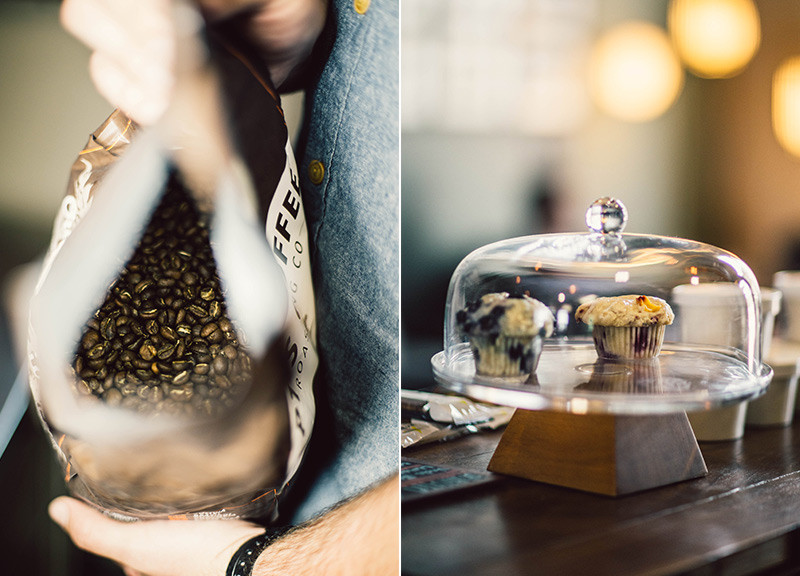 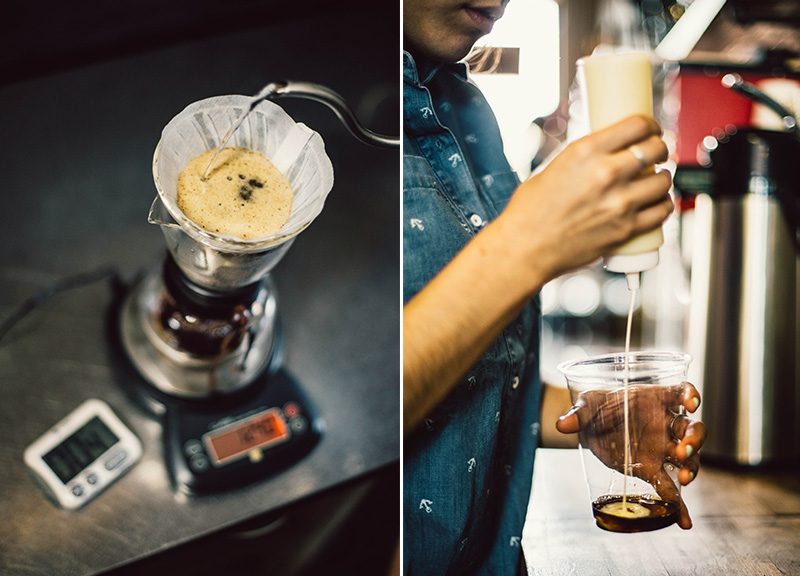 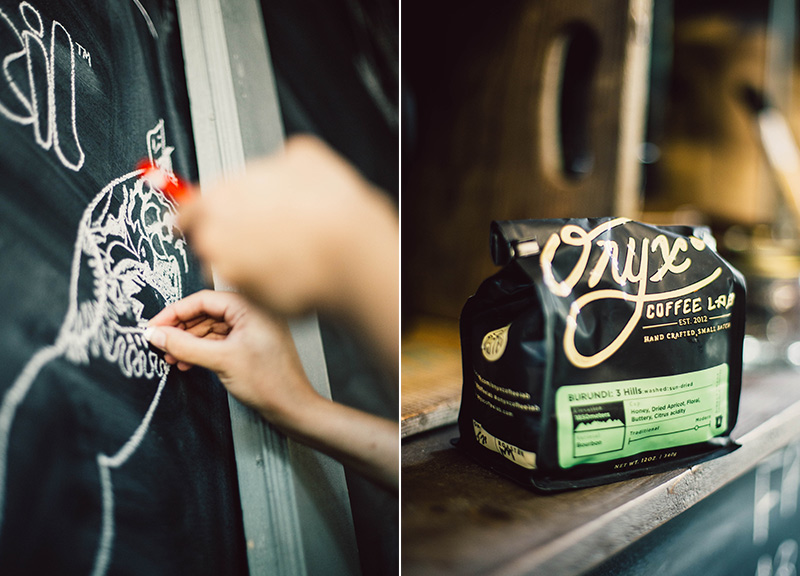 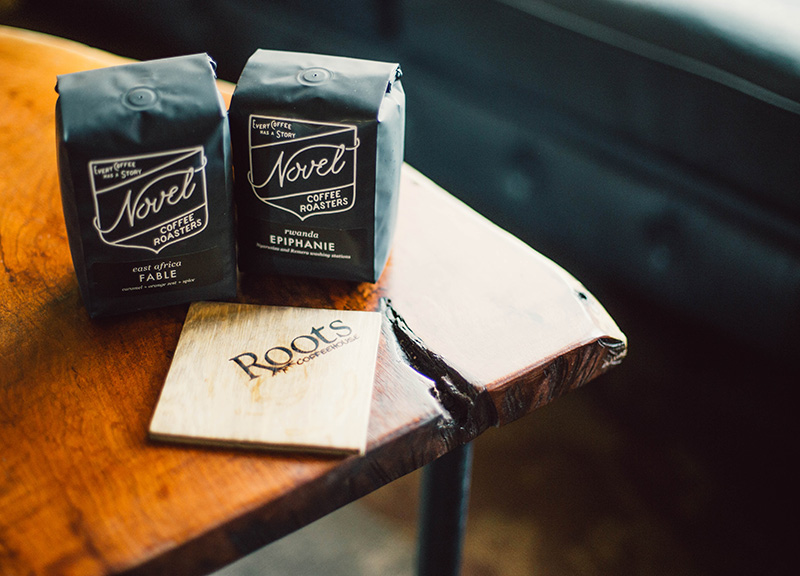 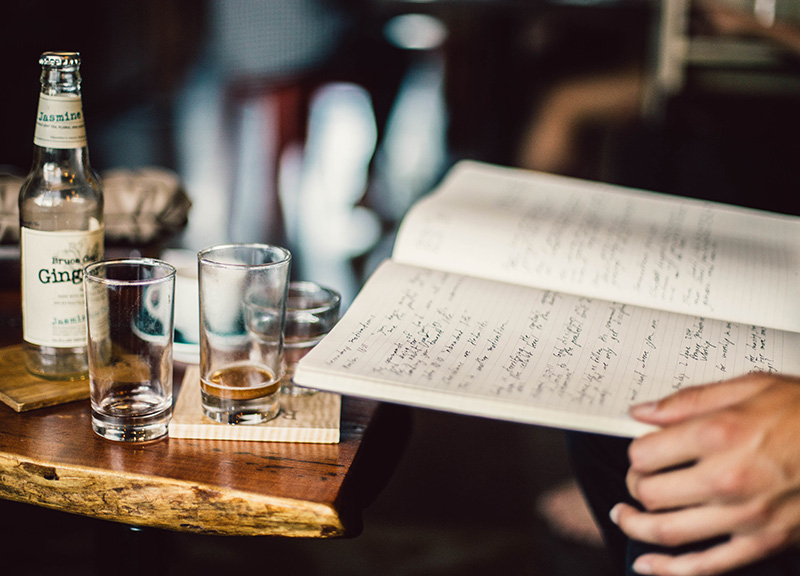 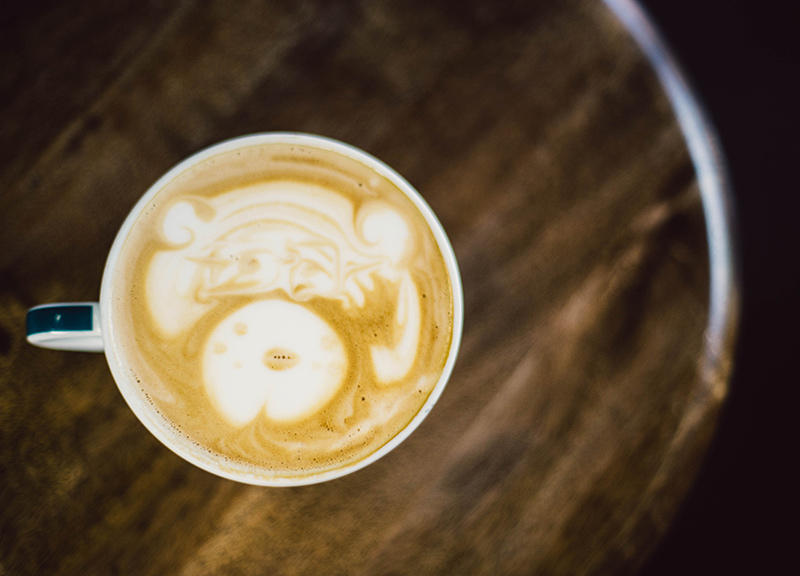