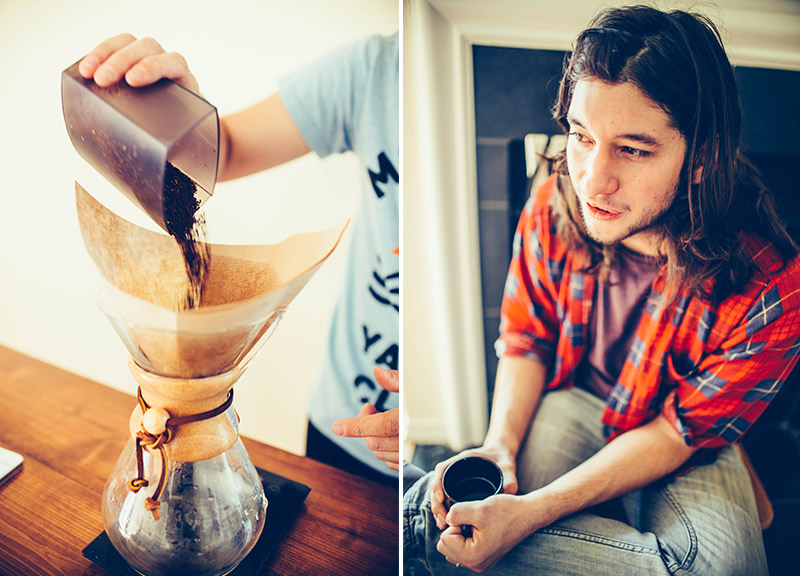 Without A Storefront, Yellow Bar Coffee Takes Its Show On The Road.

Many of the best business ventures start with a simple idea or a simplified take on an existing idea. Take for example, Facebook: A little over 10 years and millions of dollars ago, it was just a way to keep in touch with college friends and acquaintances. Now? It's everything.

Granted, not every business can reach Zuckerberg levels of success. But the point remains: Simplicity always stands the test of time, especially when it’s the best and easiest option.

And, in that regard, Yellow Bar Coffee has something great going for it.

With a streamlined take on coffee catering, the company offers slow bar service for almost any type of event, festival or parking lot pop-up you can think of — so long as said event could stand to benefit from the addition of some quality crafted coffee. And what event couldn't?

The company, which is relatively new to the Dallas coffee scene with about a year and a half under its belt, originally started off as a traditional shop venture, with co-owners Chase Burnett and Boyd trying to open up shop in a yellow house — kind of like another area coffee house — as Yellow House Coffee.

“We realized we had something on our hands, and we decided to go for it,” explains co-owner Mateo Boyd about Yellow Bar's beginnings.

But when things didn't work out with the yellow house — the spot became Yellow House Salon & Boutique instead — Boyd and Burnett explored decided to consolidate their efforts into something a little easier.

“Chase and I put our money together, and bought a ChemEx, a grinder and a water kettle,” says Boyd. “That's all we had enough money for.”

Now, along with a team consisting of Lindsey Harker, Reed Kenney and Boyd's wife Anelisse, Yellow Bar travels from event to event, serving coffee from its handmade slow bar.

“We have the luxury of traveling around and making coffee anywhere we want to, really,” Boyd says.

They don't serve espresso, though, since those machines are a little too expensive and way too hard to dial in on-the-go. But they do have a ChemEx, a Clever, a V60 and the same Cuvee nitrogen iced coffee along the lines of what you'd find find at Oddfellows.

And they tend to experiment with what they've got — especially when it comes to roasters. Currently, Yellow Bar's using beans from Slate Coffee Roasters in Seattle, but the company has also recently featured coffees from Chromatic Coffee Co. in California, Flat Track in Austin and our friends at Noble Coyote, whose chief roaster, Kevin Sprague, kind of serves as a coffee mentor for the Yellow Bar crew.

They care deeply about what they do, too. When Kenney makes me a cup of Chromatic Colombian and Slate Ethiopian Sidamo, he does so with unshaken focus. The Colombian has a bold flavor that's reminiscent of the definitive coffee taste sought after by veteran drinkers; it has a bitter cacao flavor that's smooth on the palette. The Sidamo has the slight acidity common to coffees from Ethiopia, with floral and blueberry hints, and though it's light, it has a heftier body than you'd expect from an African coffee.

And they do. Whatever Yellow Bar lacks in experience, it makes up for it in the passion behind what its employees do. They'll attend just about any event and work with any budget. Just give them an estimate of attendance and at least a 72-hours notice, and they'll be there. These days, you can find them in the parking lot of Oak Lawn Coffee on Saturday mornings, where people who follow their Instagram account can get a free cup of coffee. Or you might have seen them at last year's Burgerfest, or various other functions throughout the city.

In addition to trying to provide quality coffee to events, Yellow Bar's big motive is connecting with the community, one good cup of coffee at a time.

“[Coffee] is like a little thing that everyone has everyday, but you never stop to think about how interesting it really is,” says Harker. “It's like a little gift in the world that you wouldn't find unless you were looking.”

Expect to see Yellow Bar pop up around more events this coming summer, showing off a new handmade bar with a built-in water filtration system and a nitrogen iced coffee tap for those hot Texas days — or days in any setting, really.

Coffee on the go is a simple concept, sure. But Yellow Bar's making it work. 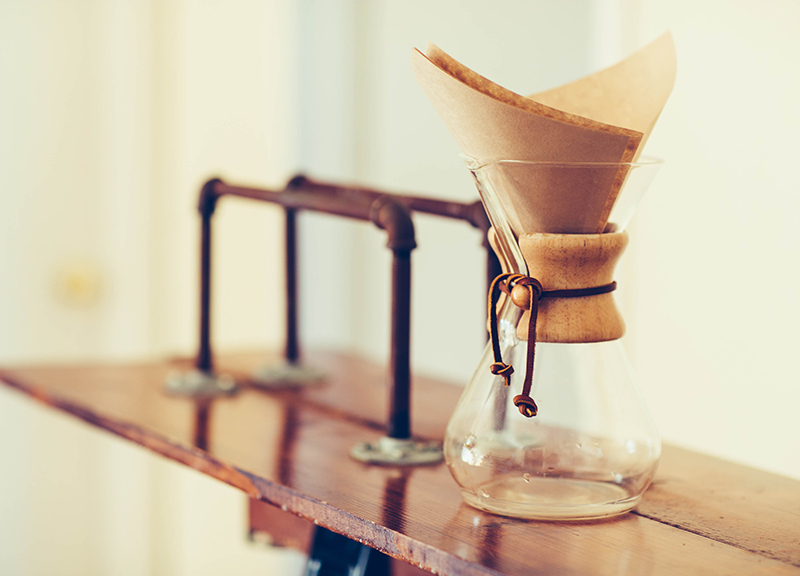 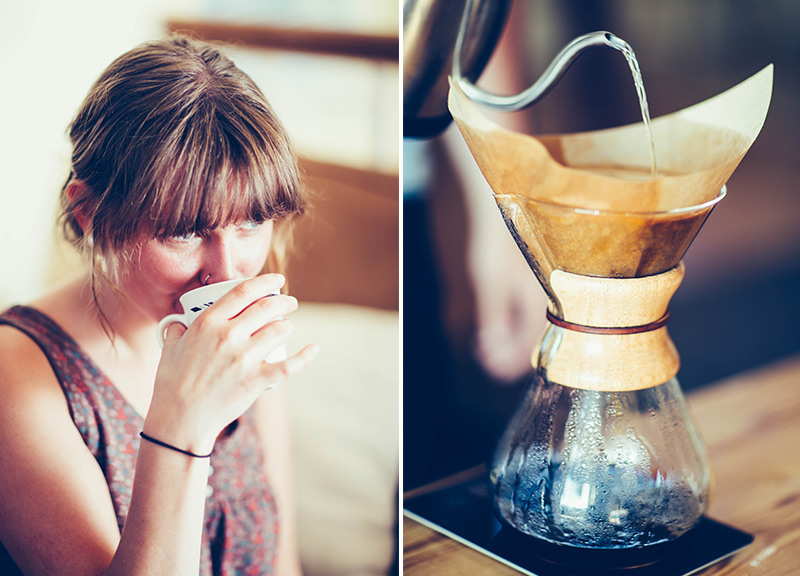 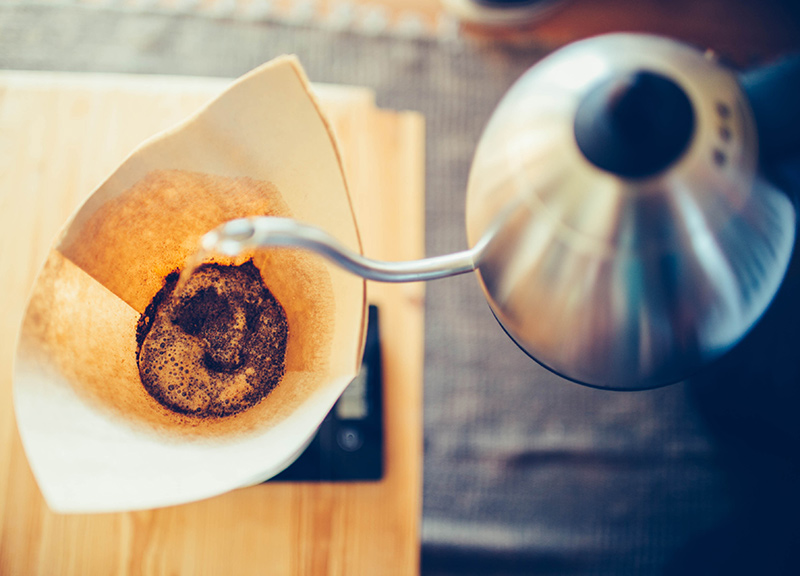 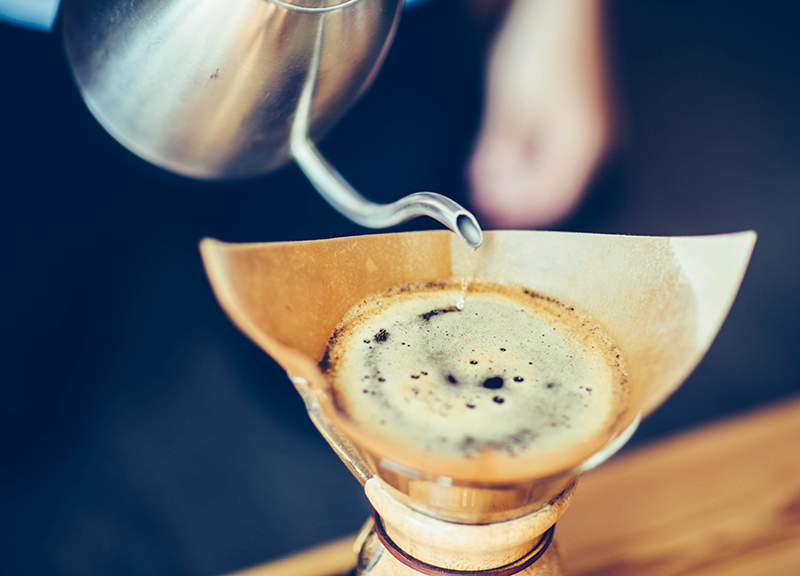 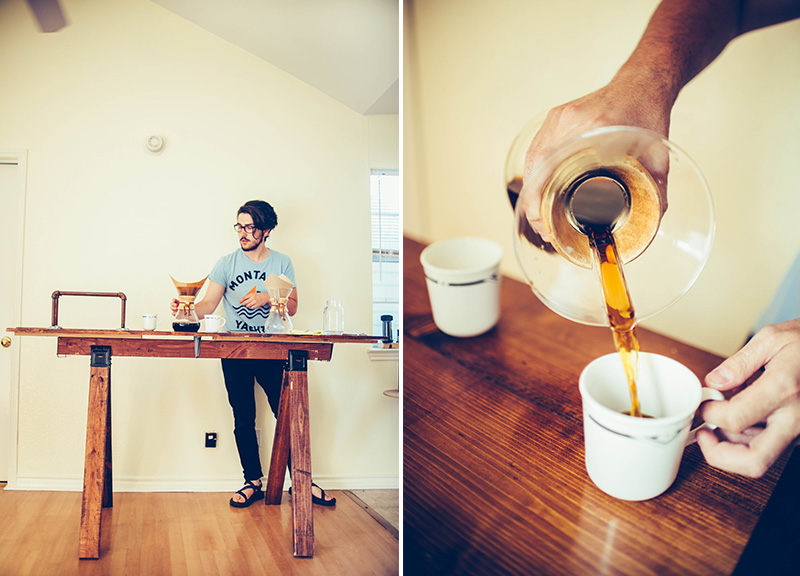 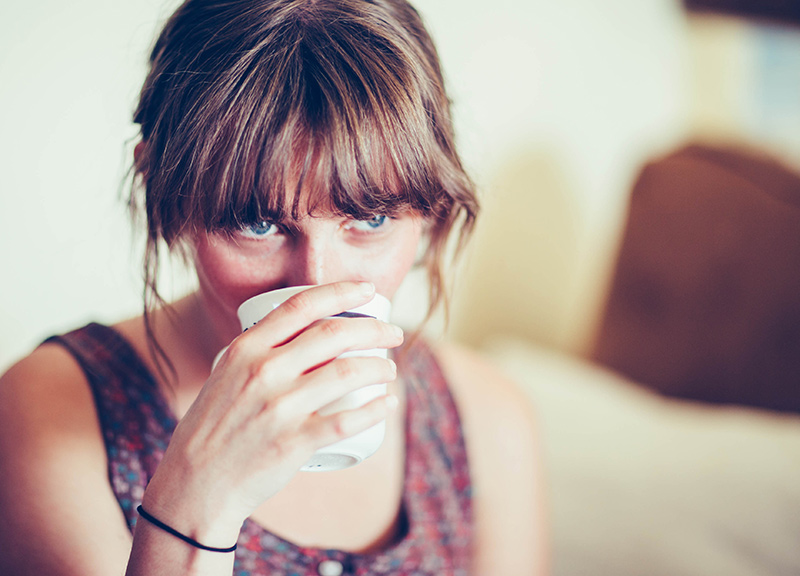 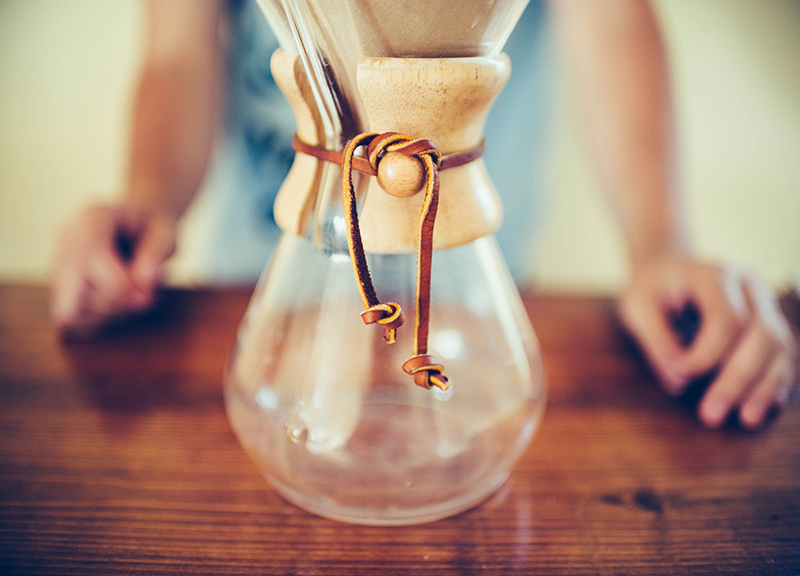 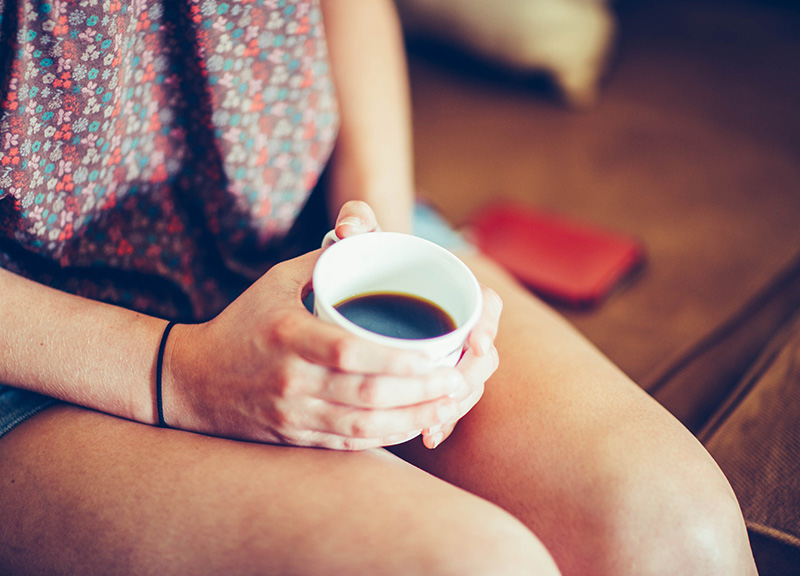 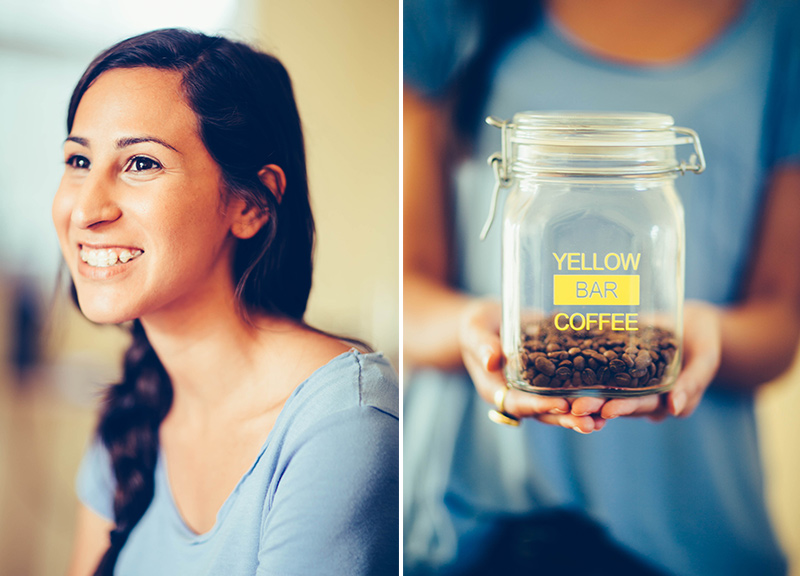 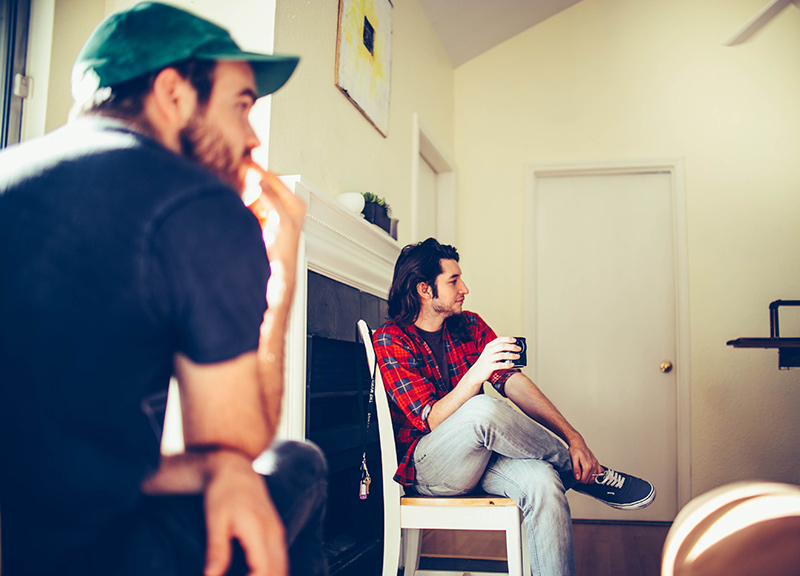 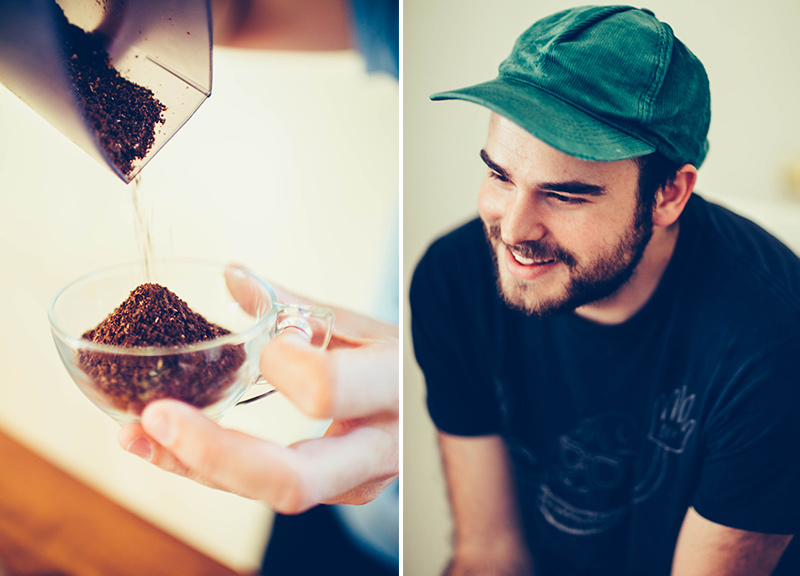 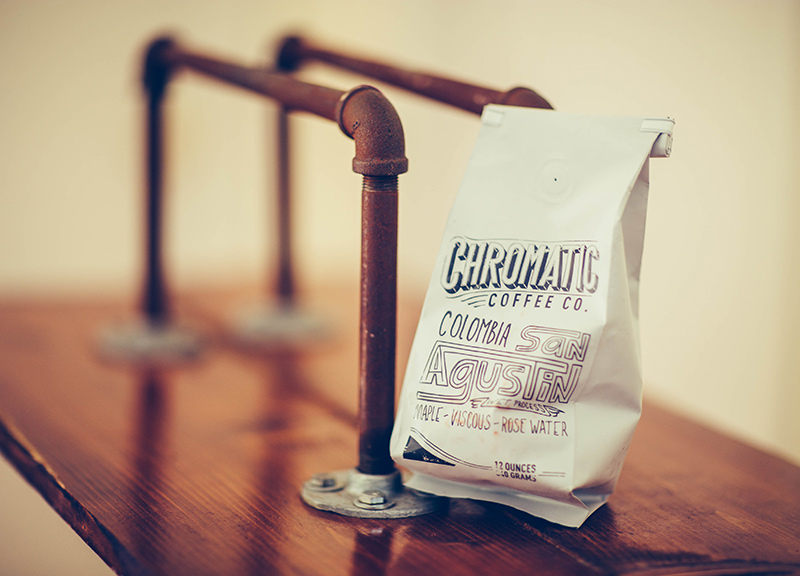 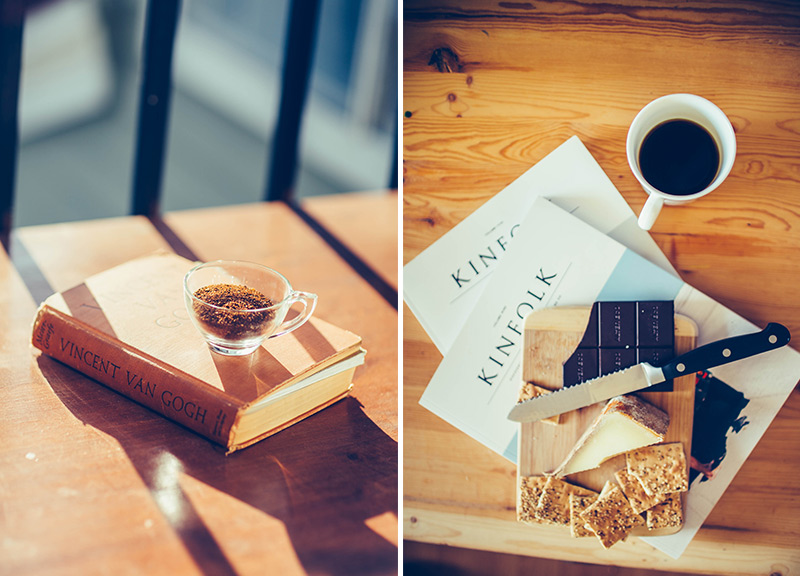 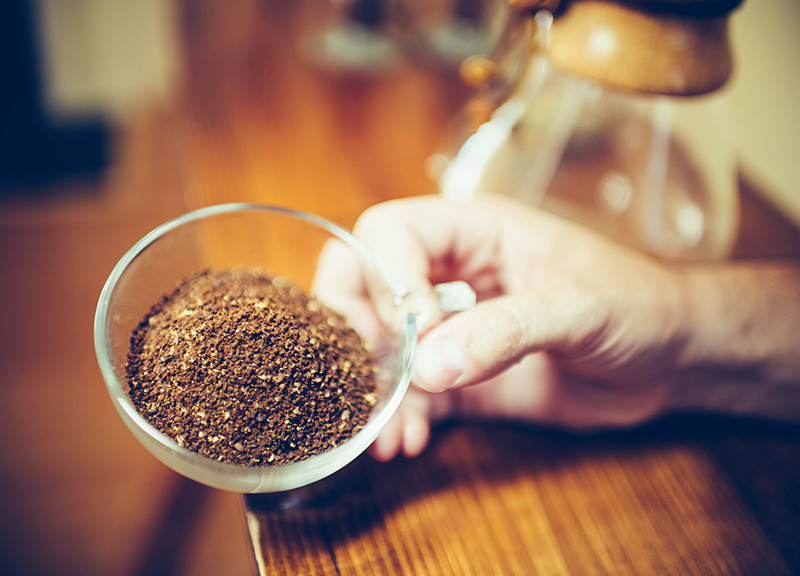 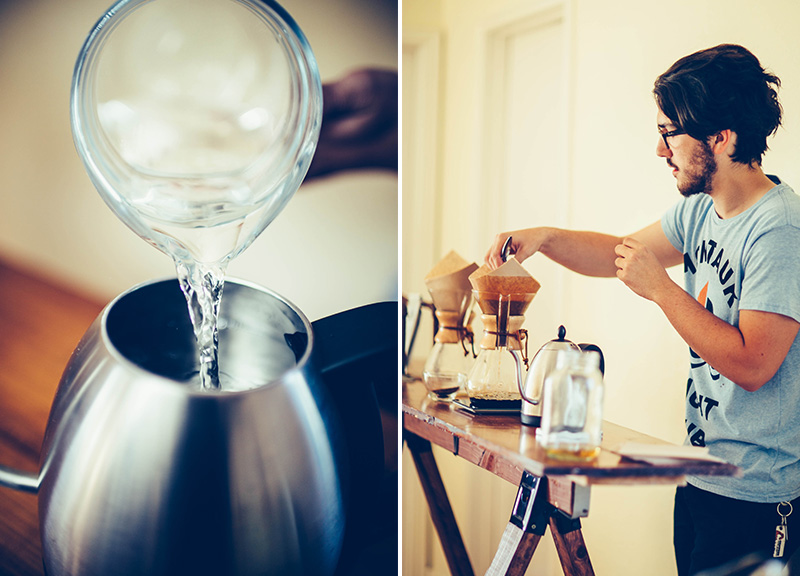 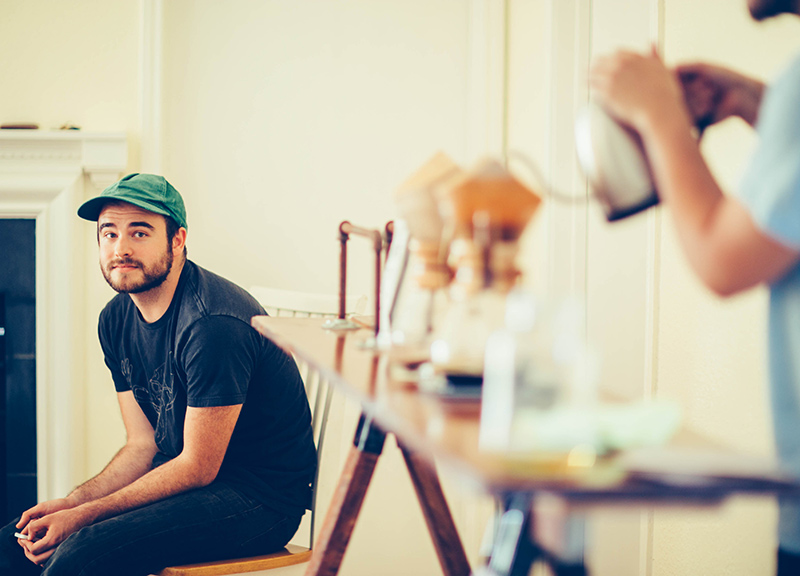 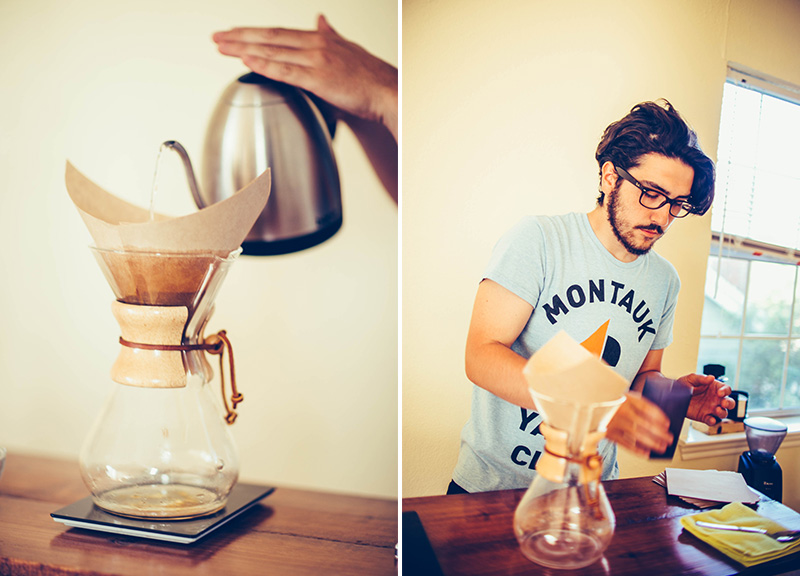 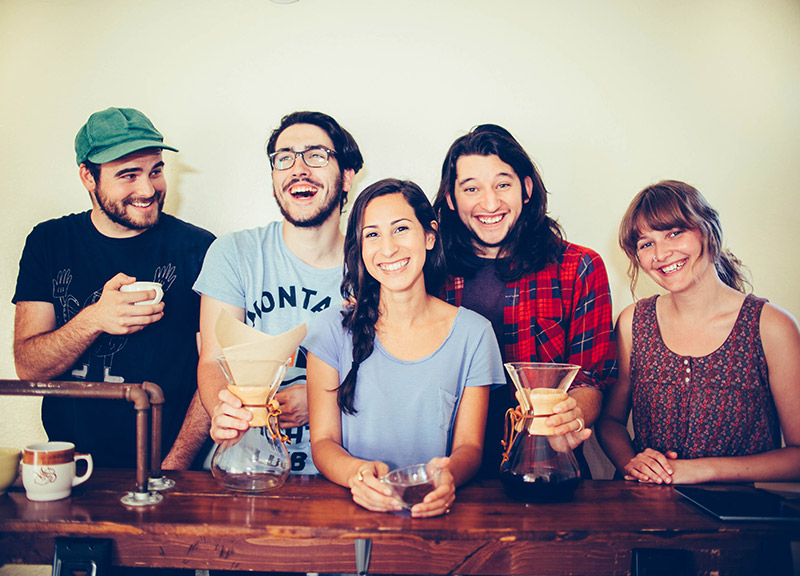