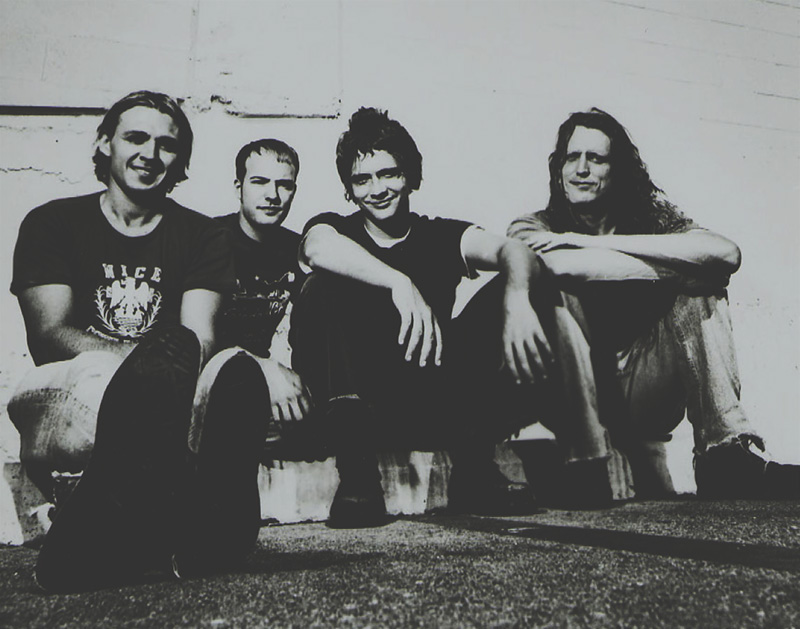 We Now Know The Musicians Who’ll Be On Stage When Tripping Daisy Reunites At Dallas’ Homegrown Fest On May 13.

It took all of a week in 2017 for one of the biggest music stories of the year to break — that, after almost 20 years away, Tripping Daisy was going to reunite sometime this year, which we later learned would be at the 8th annual Homegrown Music & Arts Festival on Saturday May 13.

Not to be too morbid, but the biggest question in our minds was who was going to be playing what in this edition of Tripping Daisy. After all, one of the big reasons behind the band’s calling it a day was the death of lead guitar/keys man Wes Berggren in 1999. In more recent years, Ben Curtis, who drummed for the band in its final years, lost a battle with cancer in 2013.

Earlier today, though, we finally got an answer to that question, courtesy of band co-manager Julie Doyle.

It’s about as appropriate and satisfying a lineup as we think fans could hope for — especially given Brandon Curtis’ involvement in tribute to his brother.

Oh, and by the way: This wasn’t the only good news we got on the Tripping Daisy front today, either. As previously hinted at, Homegrown isn’t going to be the band’s only reunion performance.

A three-day Texas tour was also announced this morning for June. The band will kick things off at Houston’s Warehouse Live on the 8th, and then it’s on to the Paper Tiger in San Antonio on the 10th and the Mohawk in Austin on the 11th. Tickets to each of those shows are went on sale this morning, and will run between $20 and $30 depending on what city you’re gunning for.

So, yeah, that’s two more big pieces of the puzzle in place.