Tap The Brakes On The Food Truck Craze. In Oak Cliff, Food Trailers Are The New Hotness.

Pretty soon, Monte Anderson of Dallas West RV Park could have bragging rights. Because, well, he’s keeping the promises that Lower Greenville is appearing more and more likely to be breaking. Y’know, in regards to that whole bringing-food-trucks-to-Dallas thing that all your hipster friends keep blabbing about.

Of course, Anderson’s plan is a little different. You see, he’s not bringing in food trucks. He’s got an RV Park. And, now, he’s asking restaurateurs — and other business types, too — to come take up shop there.

Located at 400 W. Commerce St., directly next door to two of Oak Cliff’s revered establishments, The Foundry and Chicken Scratch, he’s got 10 spots. And, surely, he’s filling them one by one.

He’s already got a few old travel trailers remodeled to house the likes of a snow cone stand and a vintage clothing shop shop and, now, there are even rumors of a fried pie trailer and an insurance agency coming in.

These aren’t mobile units anymore; they don’t leave the lot at night. Their tenants will pay rent like any other shop in Dallas.

But these tenants are choosing to come in anyway. Partially because that rent cost is comparably low; each business pays anywhere from $400 to $700 a month, including water and power hook ups. The fact that zoning is less of a hassle helps, too; compared to mobile trucks, immobile RVs permanently located in an RV park aren’t all that big of a deal. There are certain rules about tethering the units down, sure, but Anderson, pitchman that he is, seems confident in his RV ploy.

“This is part of the master plan to support and promote small businesses in Dallas” says Gary Buckner, a talented young man working with Anderson on the restoration end of this project.

Buckner uses “reclaimed” materials and junkyard finds to rebuild the insides of the vintage trailers. Tenants can purchase a trailer rebuilt by him, or they can bring their own.

Stephanie Schumacher is confirmed as one of the very first tenants at Dallas West. She and her husband Rob are also the owners and self-proclaimed “chief shaved ice makers” at La Grange in Deep Ellum.

Last week, they officially moved into their new Dallas West RV Park trailer, out of which they will be selling their shaved ice, which earned their bar all sorts of praise during last year’s scalding summer heat.

“After living in Austin for five years, I had been kicking this idea around,” Schumacher says. “I called up an Oak Cliff pal and the opportunity came the next day. For me, this is really huge.”

It is more than just a great business opportunity for Stephanie; it’s a way for her to help revitalize her part of town.

“I grew up in Oak Cliff,” she says. “My mom still lives in the same house. Rob and I just can’t wait to be part of the development and everything that is going on.”

The Schumachers’ primary focus will be shaved ice. They may offer some other goodies here and there, Stephanie says, but they “really want to get creative with the ice, the flavorings, the infusions and making the syrups from scratch.” They have even begun talking with the TABC about offering their “boozy snows.” 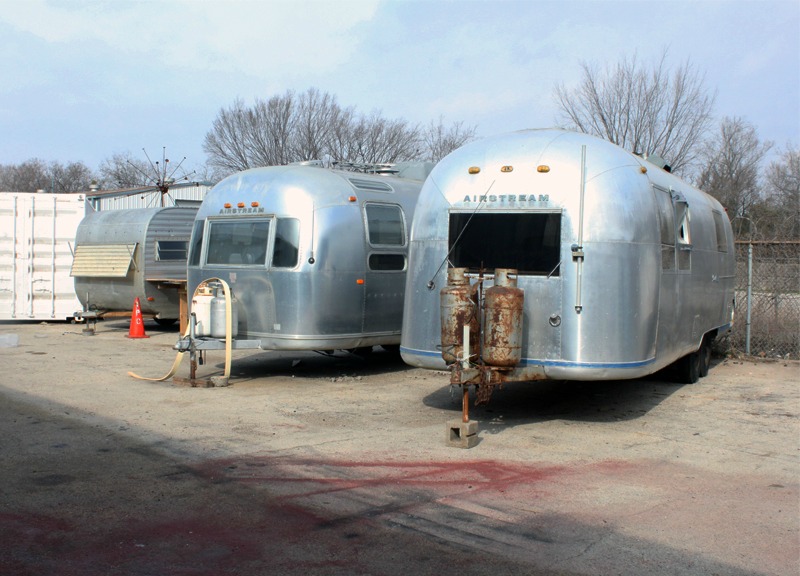