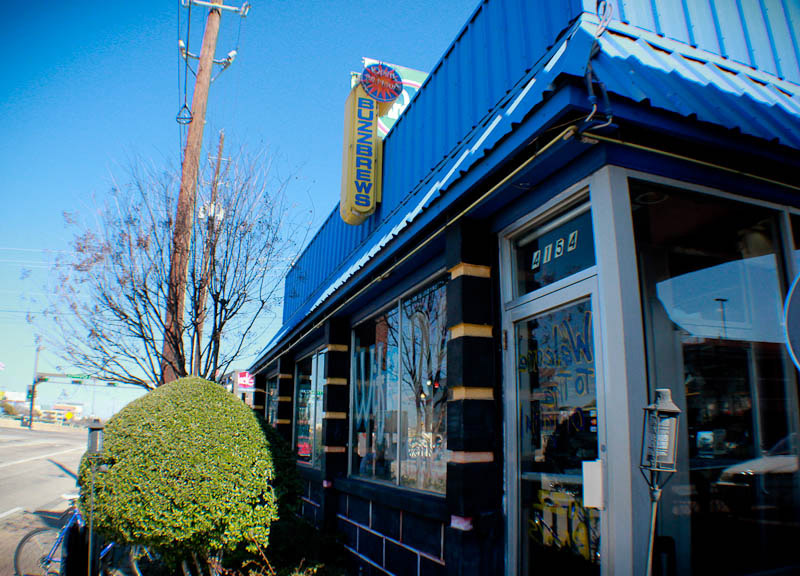 Part of the reason everyone was so jazzed about Pop Diner's opening in Uptown last month was due to the fact that, when you think of it, Dallas really has a shameful amount of late-night dining options aside from one classic choice and, of course, the obvious fast food options.

But, lest we forget, there are at least a few other options that, on the weekends, indeed go the late-night route with their offerings, too. Buzzbrews and Cafe Brazil, the similar chain from which Buzzbrews spawned, have been around for years at this point, serving this market well. And they've got plenty going for them, local companies that have capitalized on their successes to date to the tune of multiple locations scattered across the city.

Me? I've always preferred Buzzbrews to Cafe Brazil. I've found it to be the more reliable of the two competing chains when it comes to definitely being open especially late after a long night on the town. In my experience, Cafe Brazil's aren't as reliable with their hours.

But I digress. What I really like about Buzzbrews is that it's good even during the light of day.

Still, with three distinct locations to its name — on Lemmon Avenue, off of Central Expressway and in Deep Ellum — there's some variety within even the Buzzbrews brand.

With that in mind, we decided to take a look at all of Buzzbrews' locations and judge them — as we do — based on the food, the location and the atmosphere of each spot.

If you're new to Buzzbrews, go ahead and try all three to check the validity of our opinions. If you're not new, well, maybe we'll just confirm your already impeccable good taste. (Oh, and if you prefer Cafe Brazil? Just go to the Deep Ellum one. It's by far the best.)

3. The Original Location.
4154 North Central Expressway.
Stereotypical Clientele: Power lunch types, surburbanites on the way home from a night out in the big city.

Let's be honest from the get-go: This one isn't our favorite. The food isn't really the issue with this one. Our problem mostly lies with the space and the location. Parking at this original Buzzbrews location is difficult, to say the least, due mostly due the lack of a tangible parking lot at all. But, hey, you can park at the Best Western next door if you want. Inside, things don't necessarily improve; the seating is limited, and pretty cramped too. And with such a small space, naturally, the acoustics are tight as well. So when it gets busy, it gets pretty loud. Don't get us wrong, a lot of people like the crowded diner feel — clearly the thing this spot has going for it — but, when you want a more relaxed environment, this Buzzbrews isn't the one you're looking for.

If you're frequently out late and partying on the Cedar Springs strip, you've surely stumbled into this Buzzbrews before. Hey, it's easier to get to, that's for sure. And parking here is much better than at the Fitzhugh location, although the food is just about on par. More importantly, this space, which looks less like a diner and more like a Greek restaurant thanks to the Mediterranean architecture and columns out front, is much more inviting, with a lower noise level and less cramped floor plan to boot. Of all Buzzbrews locations to date, this one is the “most restaurant-esque,” you might say. But that might also be what holds this one back from being our favorite. It's too much like a sit-down restaurant at times, and lacks the hushed commotion and the interesting clientele of the other spots.

There is little going wrong with this, the newest Buzzbrews spot. The location? Right where you would need a 24-hour restaurant, right next to all those Deep Ellum bars and music venues. The space inside? Comfortable, and not too noisy and fairly private with its staggered booth set-up. The food? As good, if not better than the other locations. The only potential downside? Things can get a little hairy in the bathroom, whose design is a holdover from the previous tenant, a Twisted Root concept called Cowboy Chow. Notice, we said “bathroom,” not “bathrooms.” That's because there's only one here — a large, single bathroom with the men's and women's sides separated by an island row of mirrors and sinks in the middle. But, actually, we kind of love that. Down with gender dividers, that's what we always say! 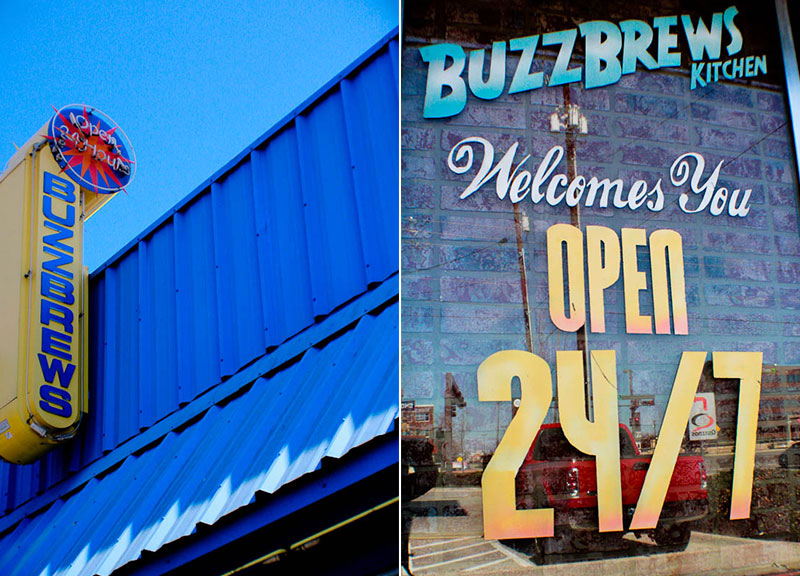 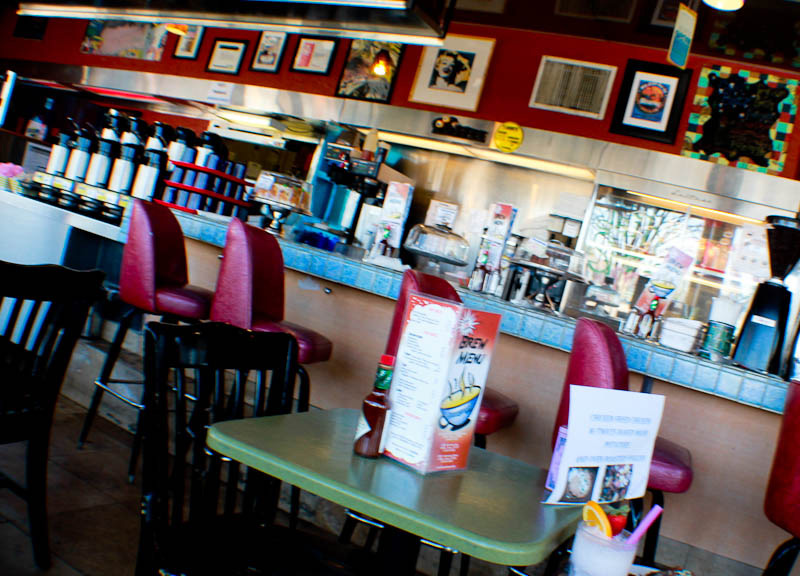 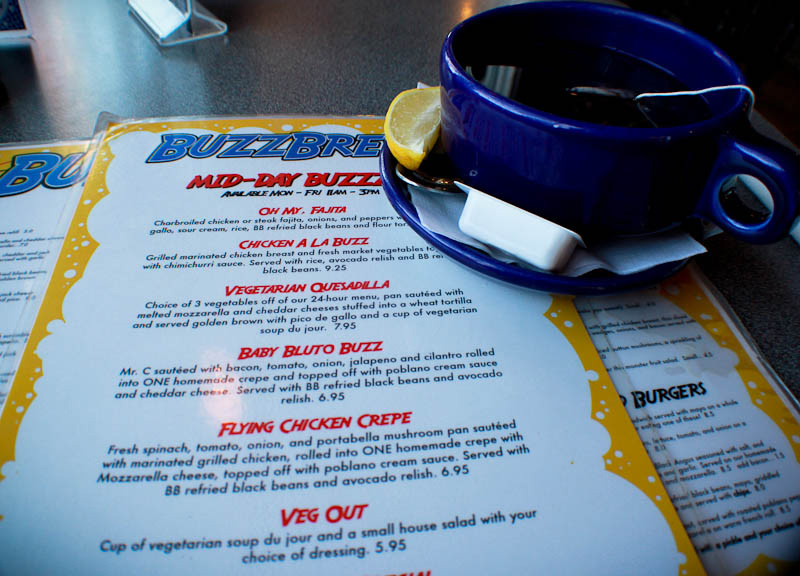 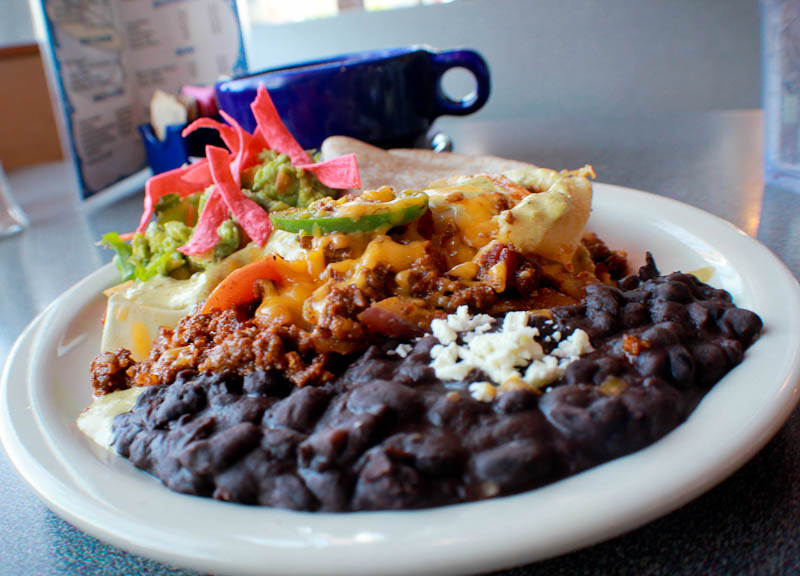 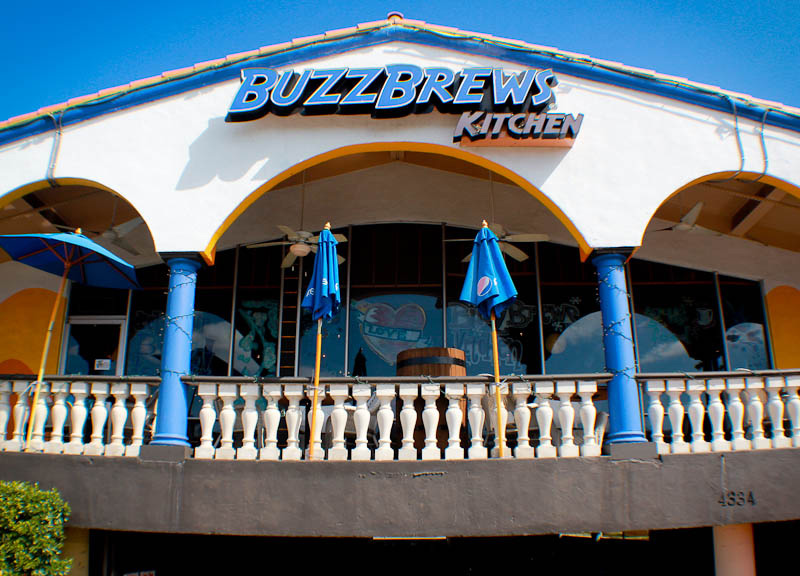 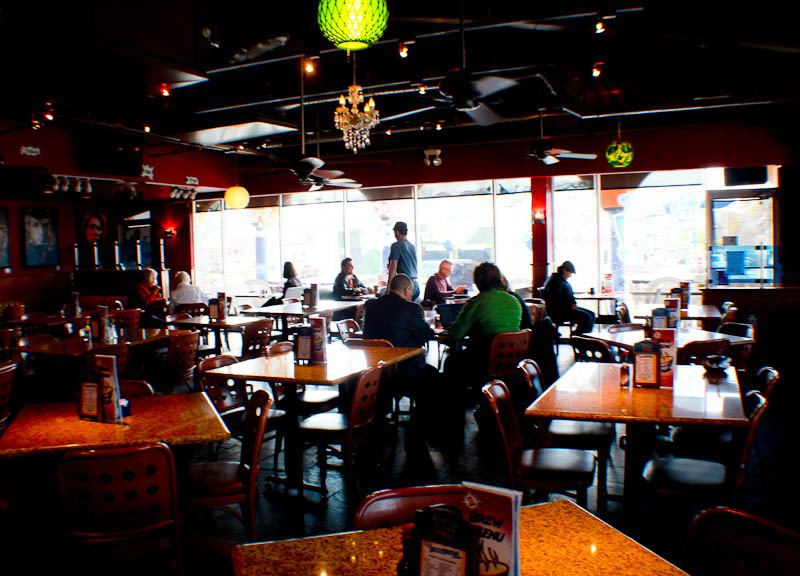 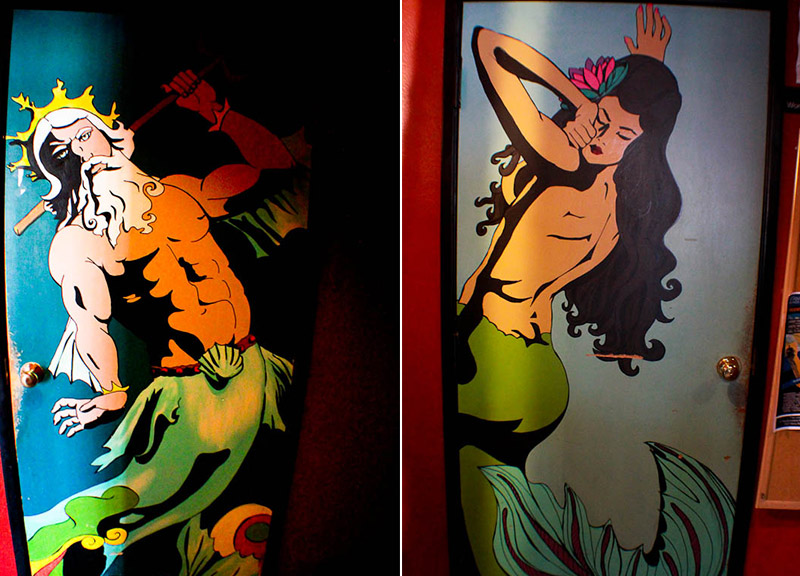 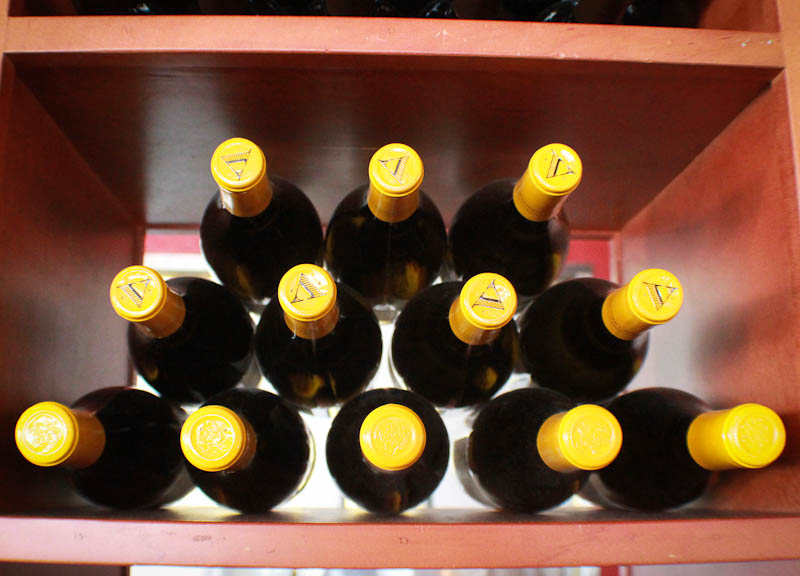 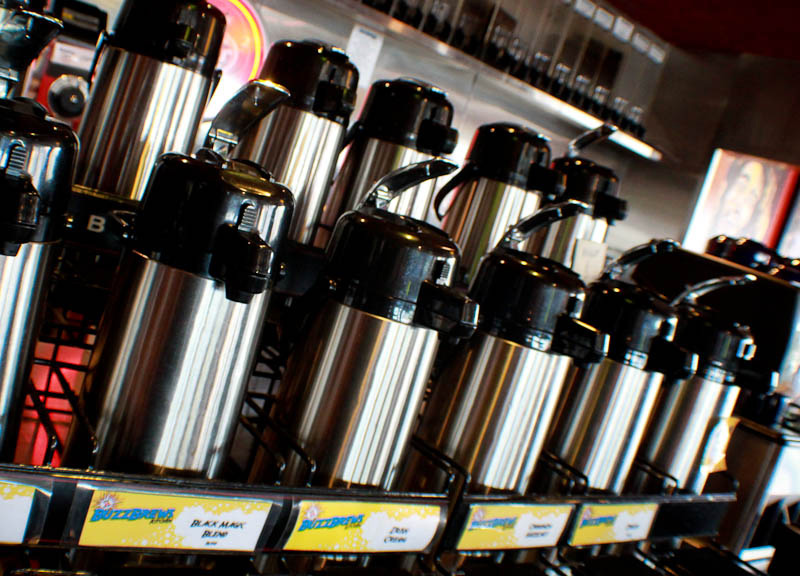 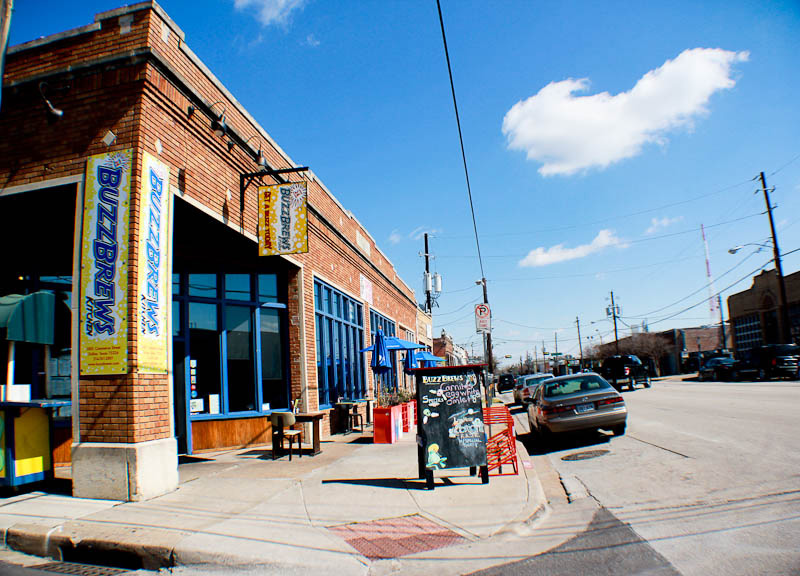 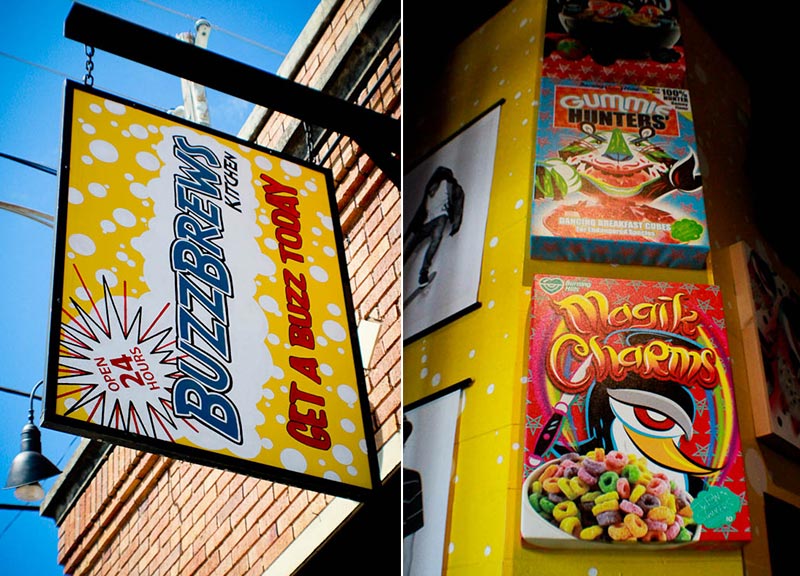 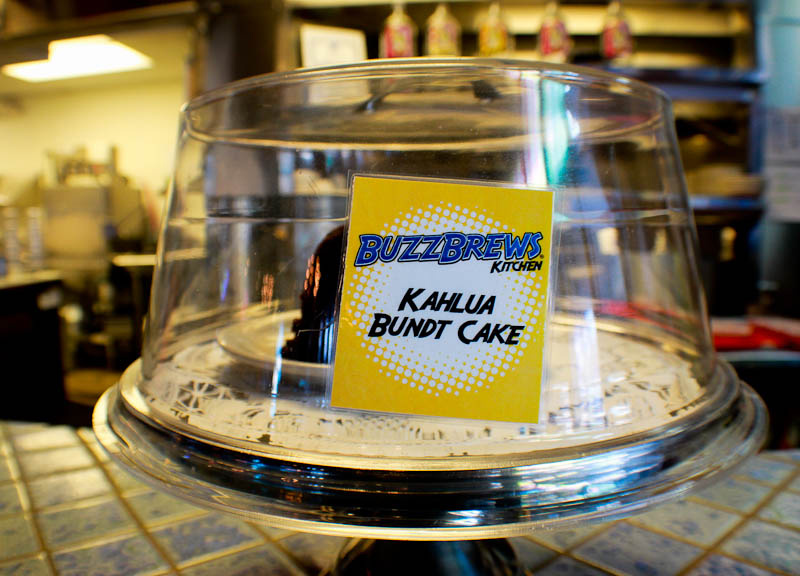 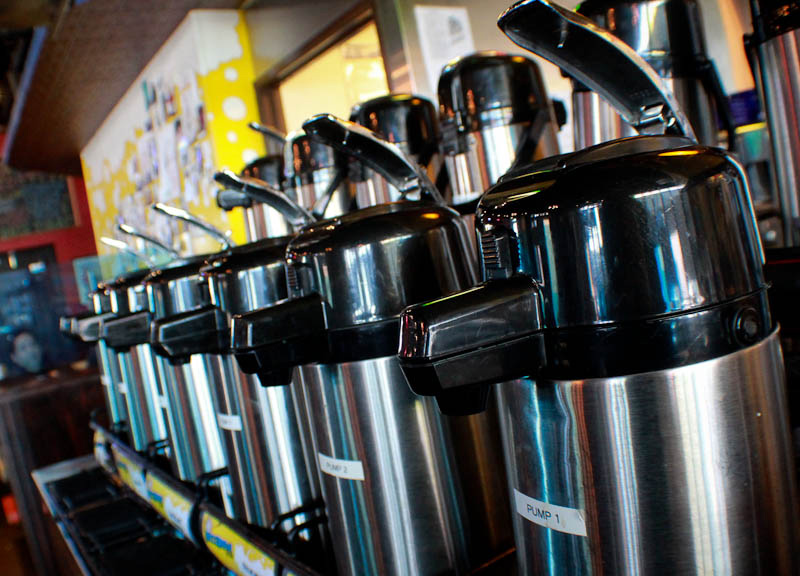 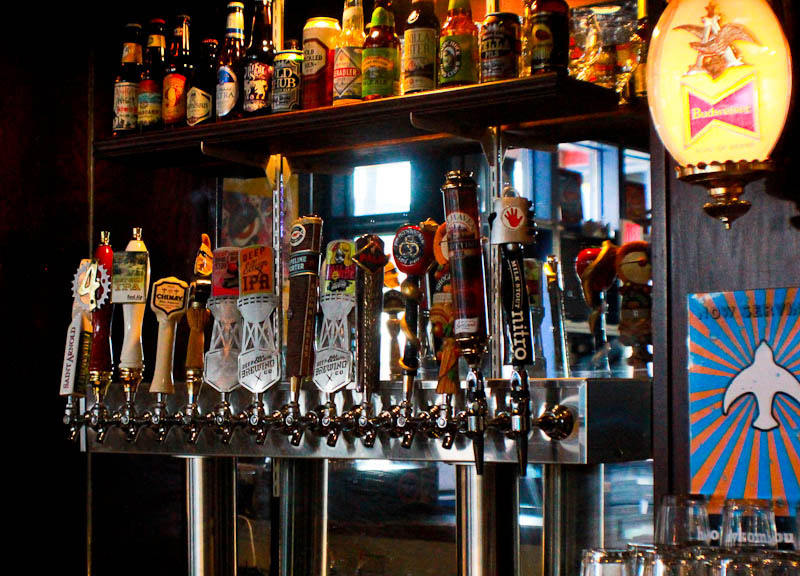