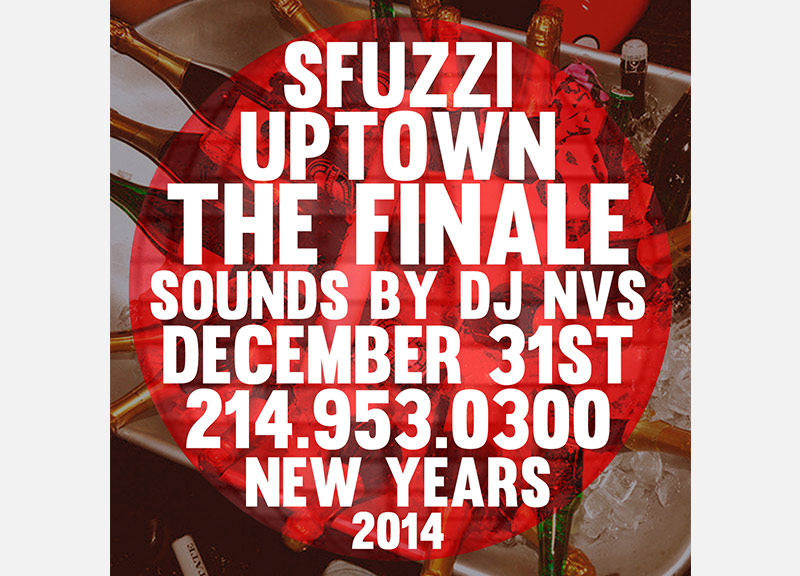 Last week, news broke that Uptown pizza joint-cum-nightclub Sfuzzi was potentially in trouble: The McKinney Avenue spot, it was revealed, was embroiled in in a back-and-forth struggle with its landlord over disputed rent payments on potential expansion spaces.

A number of media outlets in town were quick to use that news as a surefire sign of Sfuzzi's certain, impending death. The Sfuzzi team, meanwhile, wasn't nearly as quick to admit defeat; owner Robert Columbo denied those assumptions, while still managing to acknowledge that there was indeed some trouble brewing, and that, as a backup plan, his company was also looking into potential new homes for its restaurant.

Yesterday evening, meanwhile, management released a statement entitled “SFUZZI: a goodbye letter (for now),” in which it was revealed that the end was very much near for Sfuzzi's lifespan at 2533 McKinney Avenue. As we've now teased a few times, tonight — New Year's Eve — will serve as the current location's final night of operation.

But, even amidst this reveal, the company for the most past maintains its earlier position: Sfuzzi's current spot may be closing, but a new one — one in addition to the already-in-place Las Colinas location — isn't too far off.

At the end of the statement, which is filled mostly with thank yous to the restaurant's staff and patrons, management makes sure to keep that fire burning: “Please stay tuned for announcements coming in 2014 of the new location,” the release reads.

Below, the flyer for the spot's New Year's Eve bash. which will now serve as its sendoff as well.