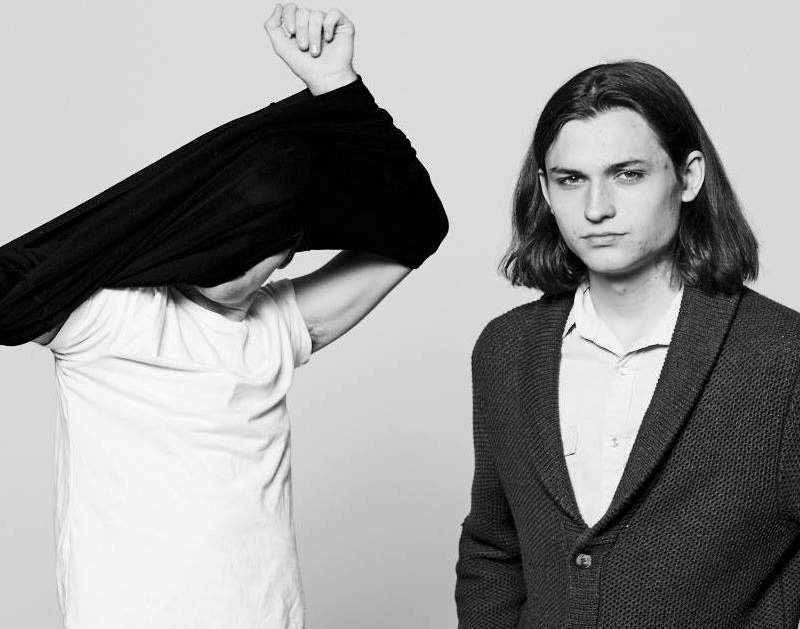 Markham & Morales — Neighborhood Creeps.
RIYL: Harmonies. In hell.
What else you should know: We touched on M&M’s second collaborative effort in last week’s edition of this column — but, back then, only a single song was available for streaming purposes. The calendar may have flipped to November, but now that Neighborhood Creeps has gone online in full, the Halloween spirit surely will linger on.

Wayne Hancock – Slingin’ Rhythm.
RIYL: The ghost of Hank Williams.
What else you should know: Comparisons to Hank Williams have dogged Wayne the Train his entire career, and indeed, his vocal stylings are remarkably similar, but he’s never done anything to distance himself from those comparisons, either. In fact, on his latest LP, he even covers Hank’s “Thy Burdens Are Greater Than Mine.” As always, the neo-traditionalist is on point from top to bottom, dabbling in Texas swing and other classic sub-genres while steel legend Lloyd Maines sits in the producer’s chair.

Flesh Narc & Thin Skin — TS/FN <3.
RIYL:
What else you should know: Do you know about the current crop of house venues like Dallas’ Snail Shack and Denton’s Rabbit Hole? Then you probably already know about Denton noise rockers Flesh Narc and Thin Skin. You’re also probably younger and cooler than us, and wouldn’t care anyway if we expounded on how cool we think they both are. Fine. You win. But you can’t stop us from letting you know they have a new split tape out on Pecan Crazy Records in the coming weeks, and you can preview one track per side above.

Troy Cartwright – “Dak to the Future.”
RIYL: Rayne Dakota Prescott.
What else you should know: OK, so that’s not the real name of this song, but it’s a fitting one, perhaps. In this jokey-but-catchy folk tune that was surely written in those moments of euphoria following Prescott’s fourth quarter and eventual overtime win against the Eagles last Sunday night, Cartwright pleads Jerry Jones to not be a tool and put Romo back in even when he’s healthy enough to make a go of it. “Never benching Dak, fourth quarter comeback, so very hard to sack,” he sings at one point, later rhyming “vertebrae intact” into a similar refrain. Go Cowboys!

Pueblo – “Drive Safe.”
RIYL: Skipping school.
What else you should know: Freshly graduated from Booker T. and off to different colleges/career paths this fall, the best high school band in Texas (read: The Azalea Project) is currently on hiatus, having played its last show (for now) back in July. But the band’s Julian and Jonah Smith are still at it, crafting piano-driven pop that somehow sounds even more mature than their high school stuff – a real feat considering how those guys were already writing and playing well beyond their years. They’re releasing a new EP in January on State Fair Records, and the first single is currently streaming above.

Post Malone – “Congratulations.”
RIYL: Talking about practice.
What else you should know: It was already supposed to come out back in August – I mean, didn’t Posty name his mixtape August 26 for that very reason? – but it didn’t, and now White Iverson’s first actual studio LP is really for real this time dropping on December 9. We think? On it should be this Metro Boomin-produced single, which features a verse from Migos’ Quavo.

Black Taffy – MEMPHIS.
RIYL: Lurking in the dark.
What else you should know: You just know how ex-This Will Destroy You member Donovan Jones loves him some Halloween. Last year, he released a chopped and screwed version of Michael Jackson’s Thriller, calling it Triller. This year, on Halloween, he dropped a screwy ode to his former hometown, featuring nods to Memphis acts like Three 6 Mafia, Tommy Wright III, Lord Infamous and others.