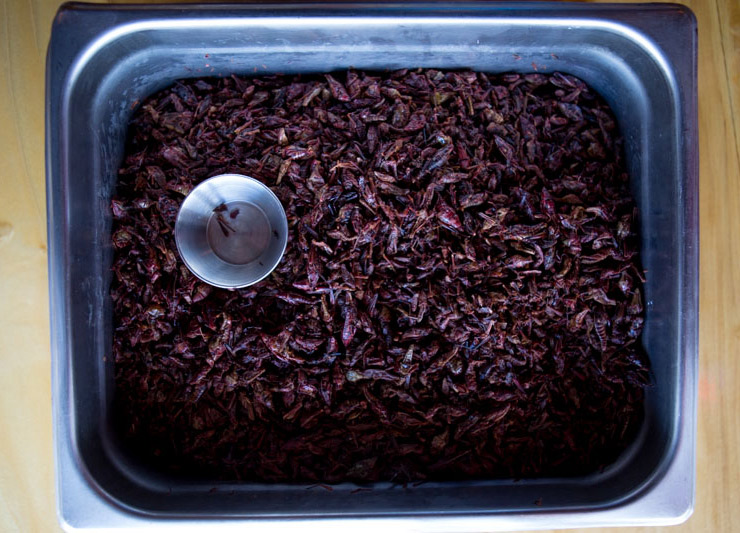 On Wednesday, I was sitting in a coffee shop in Bishop Arts, scrolling through my social media feed as I usually do when I get bored. Then – rather suddenly — I was gripped by excitement.

A simple photo, accompanied by a short sentence, told me something I'd been waiting months to hear.

Finally, El Come Taco had gotten in the grasshoppers needed to make its tacos de chapulines.

I packed my things, called up a buddy and told him flat-out: We're going to El Come Taco. He was less enthused than I — and more than a little weirded out that I was this excited over grasshoppers.

But, the thing is, ever since I've been going to this East Dallas taqueria, these grasshopper tacos have been on my mind. Why? Because, for one thing, El Come owner Luis Villalva always talks about them. And, for another, because they're rarely actually in stock.

Now, finally, the day had come.

And honestly? I couldn't have been more unprepared. I had just finished attempting to shut down the buffet at India Palace and had a Cortado resting on top of that. I was half-way through a beer when I saw the news, and I immediately chugged that down, too.

But when I arrived at El Come Taco, I received even more good news than I'd anticipated. Not only did Villalva have grasshoppers in, but he also had ant eggs — known as escamoles — in addition to cow eyeballs.

Awesome. $16 worth of awesome, which is what he charged me? Yes, if only for the visuals alone.

Still, I have to admit: My stomach was screaming at me to turn back and leave the joint once those tacos arrived — the eyeballs resting under a blanket of onion, the ant eggs on a bed of guacamole and the grasshoppers all alone on their soft tortillas — but I
ignored it. I'd waited too long, dammit.

And Villalva was hovering over my shoulder. He briefly told me briefly about the taste of the salty grasshoppers and encouraged me to dig in. So I did: I plucked a single grasshopper from the taco and plopped it in my mouth. It had a slight crunch — and a taste to it that was very similar sunflower seeds. Then, continuing to follow Villalva's recommendation, I put guacamole and the special sauce he makes for the grasshoppers onto the taco, and, lo and behold, it brought out a diversity of flavor far beyond simple saltiness.

The ant eggs were a little more complex. The guacamole was the first thing I tasted there, but as soon I got the slight protein-rich flavor of the eggs, I could tell there was more at play. It had a nutty tinge to it, but mostly it absorbed the flavor from the
guacamole.

Now, as for the eyeballs? They were about what I expected form eyeballs, to be honest. It was all there — the fatty texture, the stringiness that you can find if you bite in the right place, the absence of flavor. But slap some of the spicy sauce the taqueria has ready for it, and it gets a pretty mean kick to it.

Apprehension aside, each one was well worth the adventure.

But there is one downside, of course: They'll only be serving up these specialty tacos while supplies last. So you better get your butt down to El Come Taco and stuff your face with grasshoppers. Otherwise, you're gonna end up like me and become a fiend for the joint's social media feed. 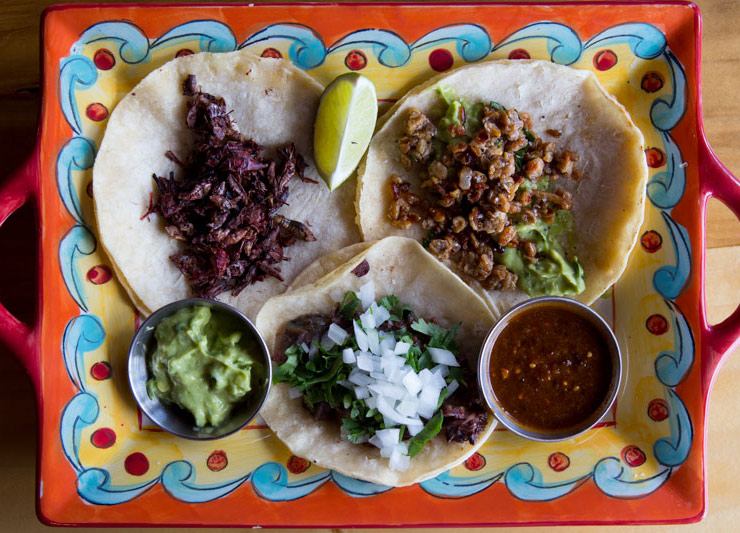 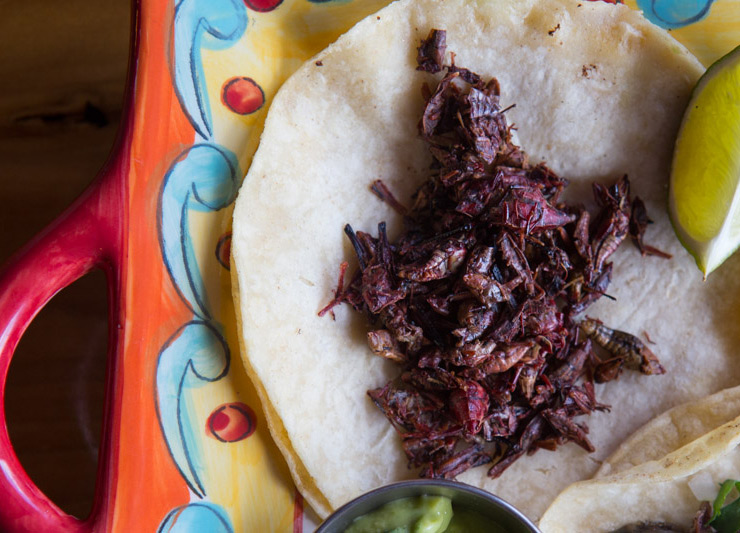 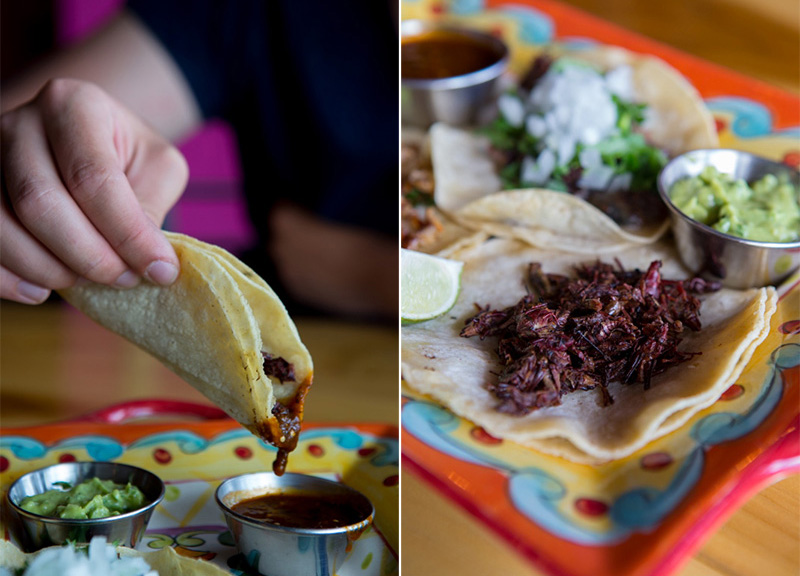 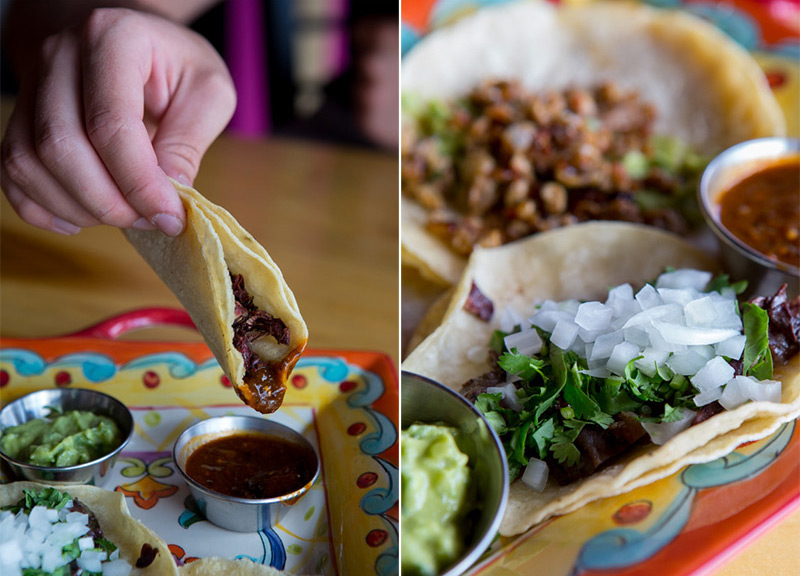 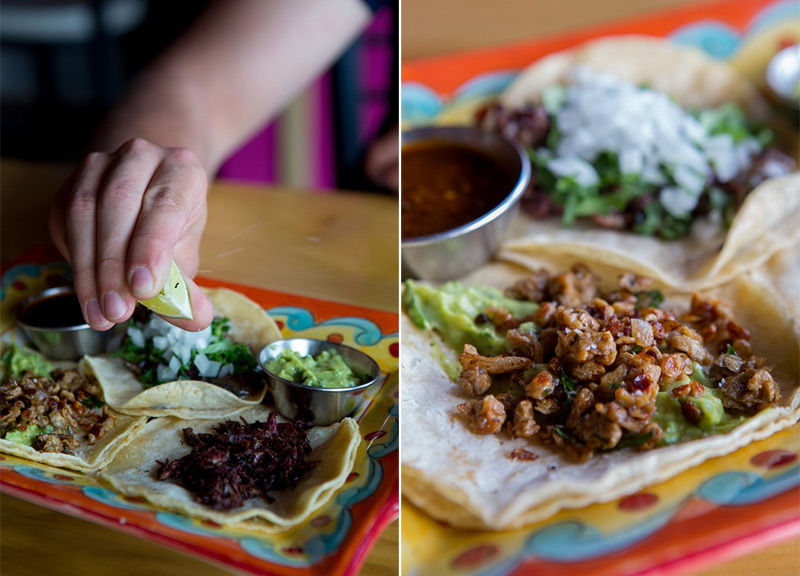