Three of a Kind. 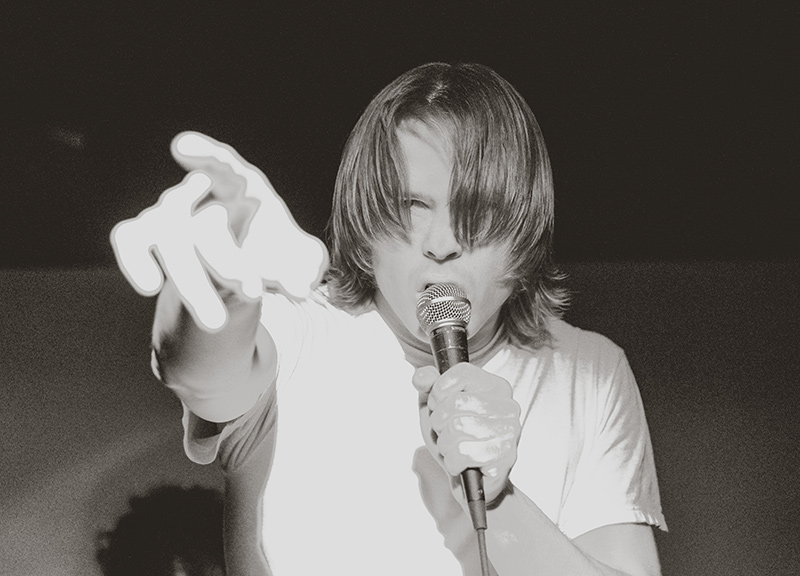 Last night, Bryan Street Tavern felt like a schoolhouse meant to school us all on how to rock.

And, standing on Bryan Street Tavern's grimy blue carpet, munching on its delicious pizza, and basking in a sweat smell that recalled a Chuck E. Cheese, we schoolkids were indeed schooled.

Well, eventually. But, after a handful of forgettable opening-act performances, the Austin-by-way-of-Denton OBN III's made sure of it.

Led by frontman Orville Neeley, the band stepped onto the performance room's small, carpet-covered stage and took all of maybe two seconds to fully unleash their rock 'n' roll fury upon the crowd.

It was as if God was descending upon us — and as if Satan was there, too, rocking his ass off in the crowd.

Neeley was in fine form, continuously punching the ceiling in fits of punk rage while excreting various body fluids onto the already-drenched carpet. From stunning snot rockets to glossy balls of slavia, he held nothing back. And, when he wasn't commanding all-out chaos on stage, he was either dancing provocatively or buoyantly thrashing among his small, intimate audience. At one point, he even stuck his microphone in someone's beer. At another, he wrangled his arm around an unsuspecting fan's neck.

Basically, he held nothing back. And it was glorious. The crowd ate the whole thing up. Well, OK, not the snot.

But it was still fabulous. And it ended on a high note, too, with the group offering up a new, unreleased song to close the show — a song that somehow rocked more than the all the group's other songs combine.

As for me, I left the show with pizza crumbs on my shirt, with PBR dripping from my brow and with my ear drums destroyed.

It was beautiful, though. Really. 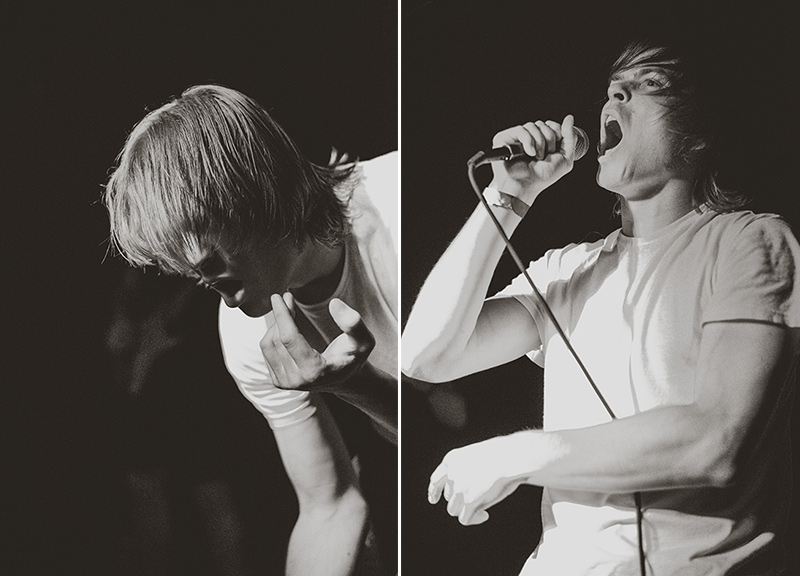 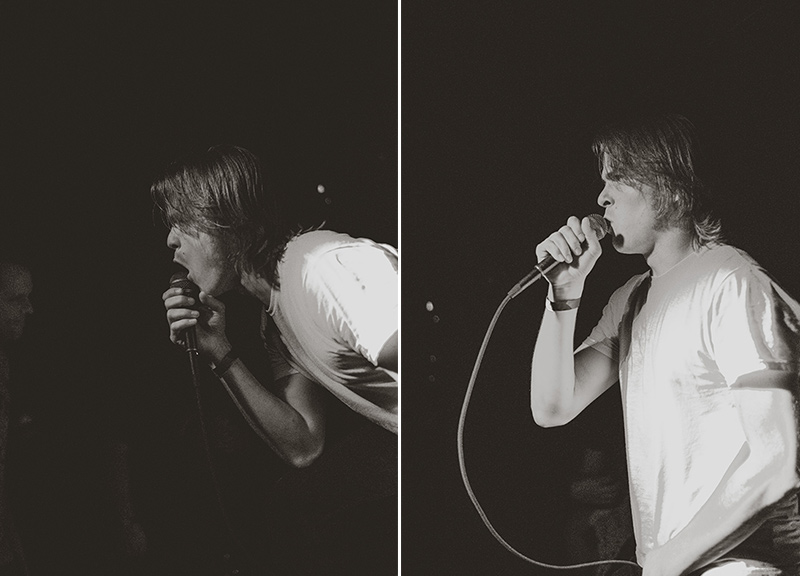 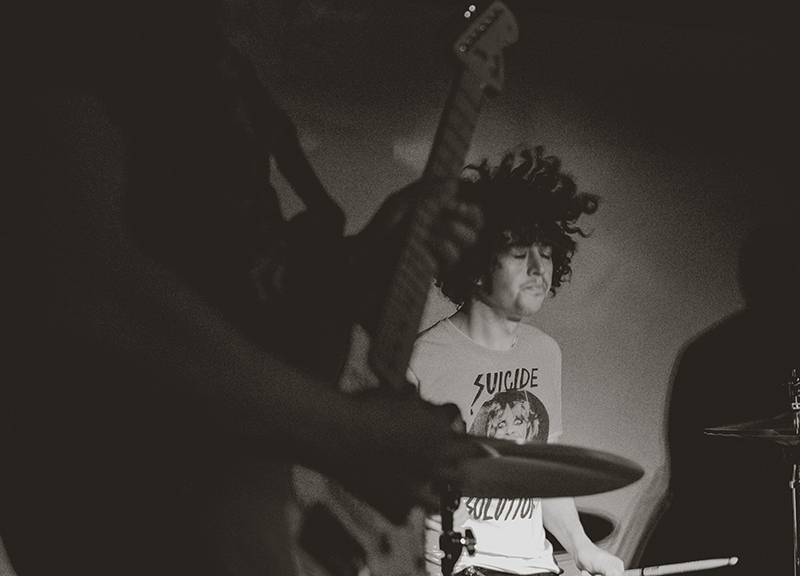 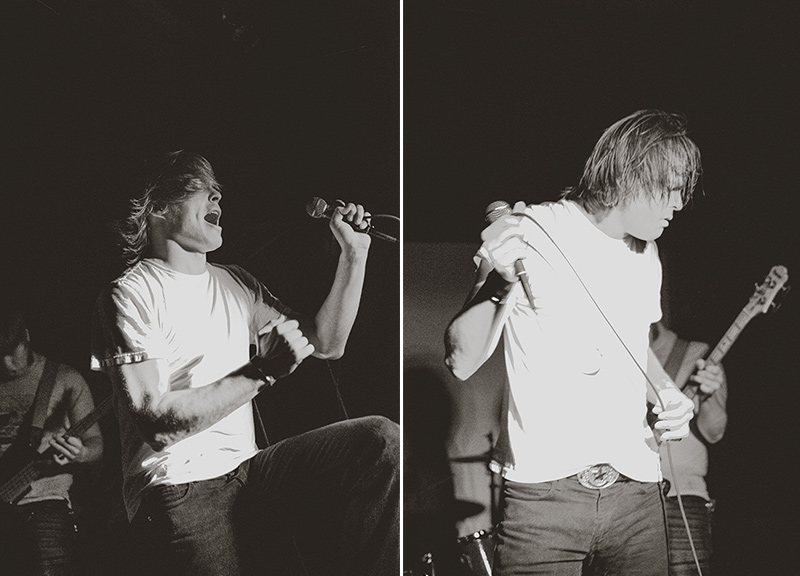 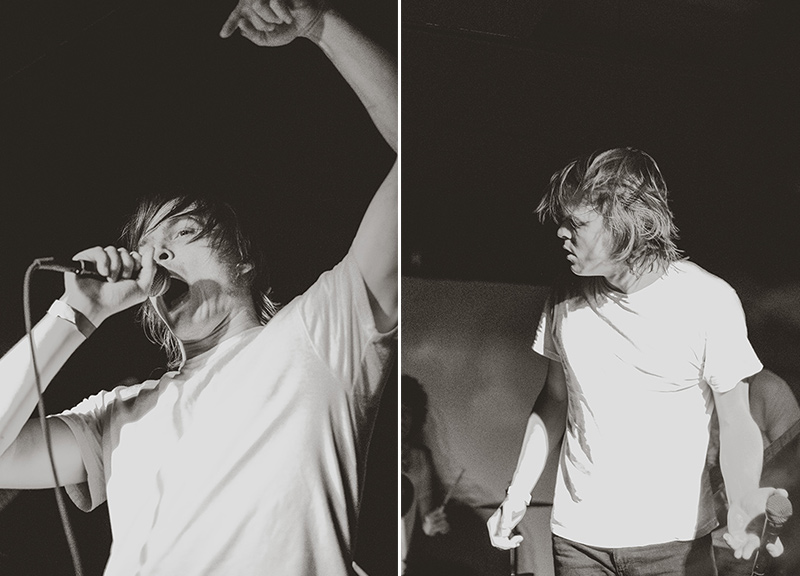 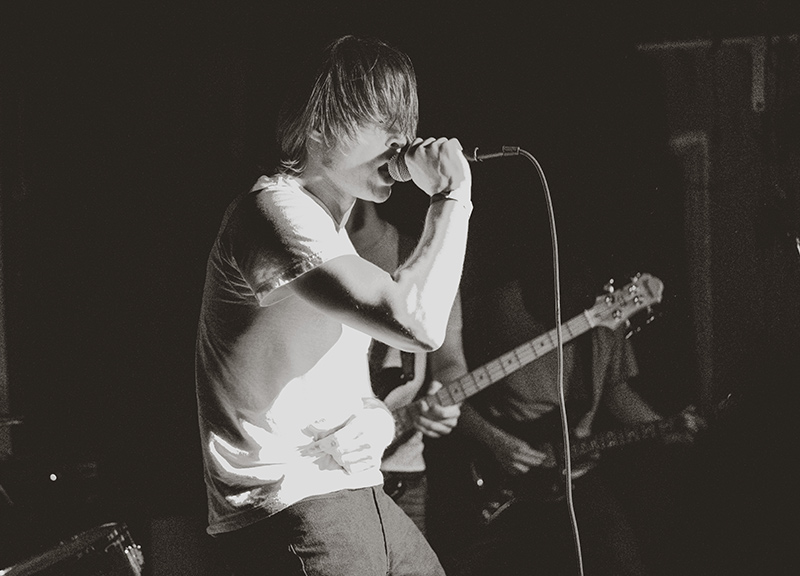 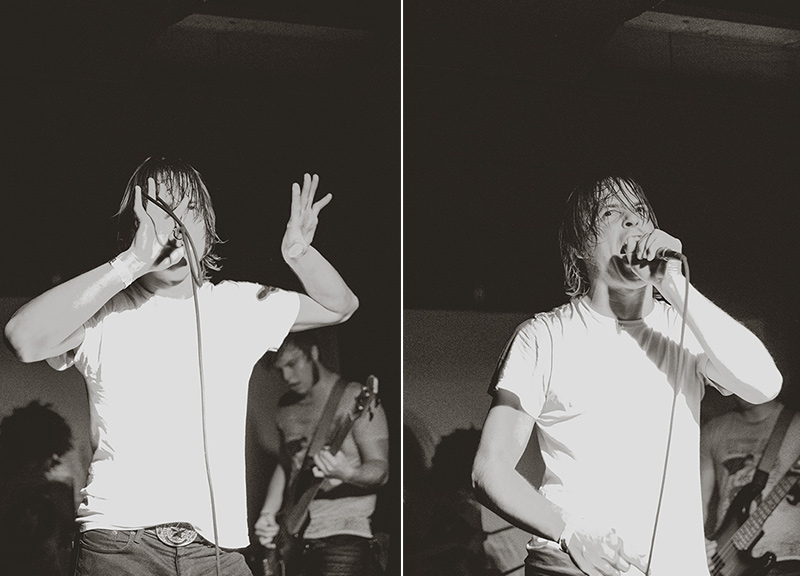 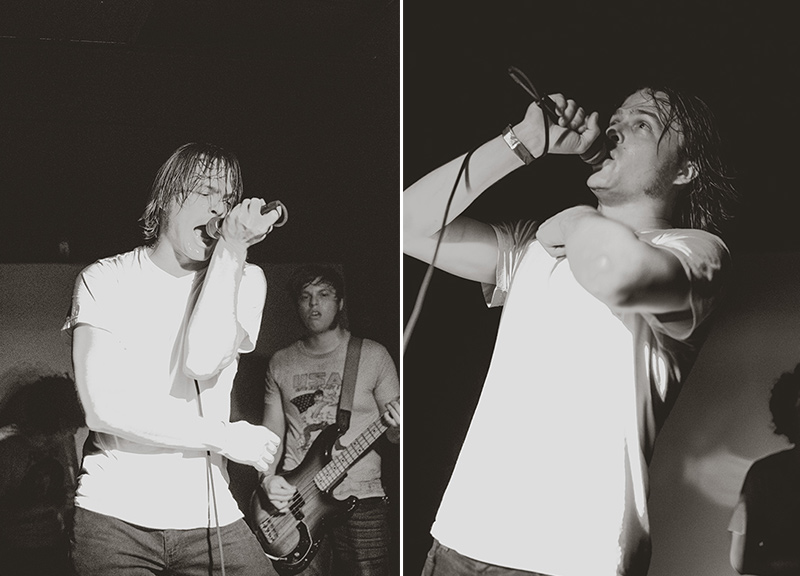 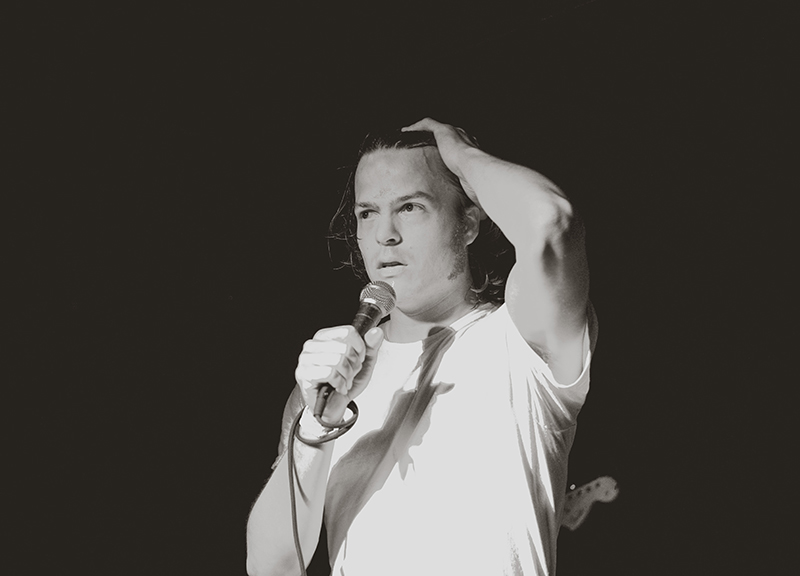 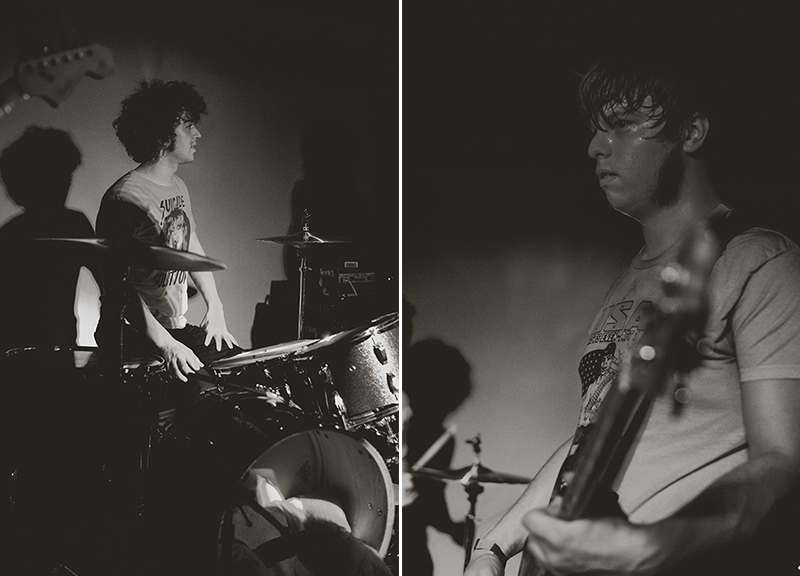 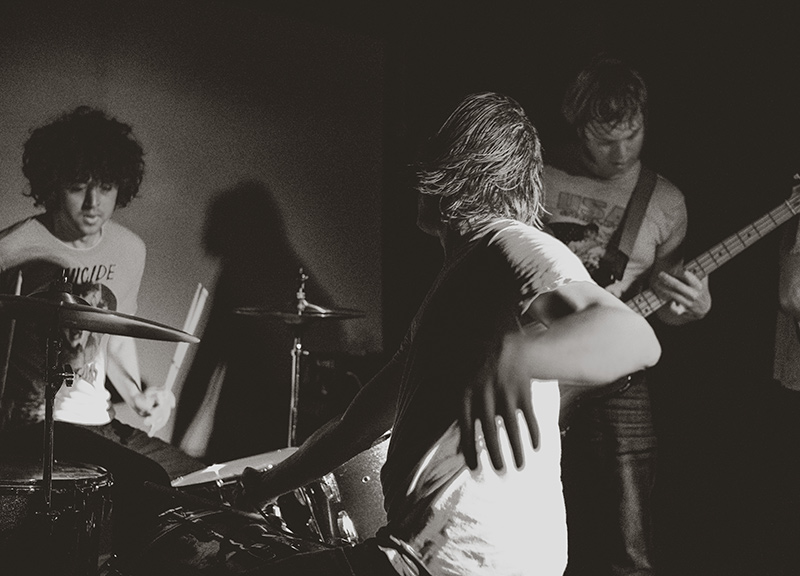 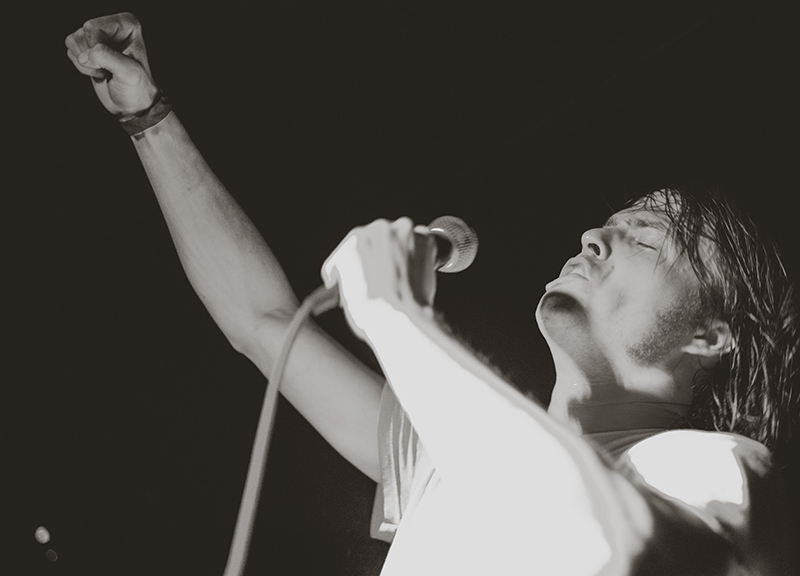 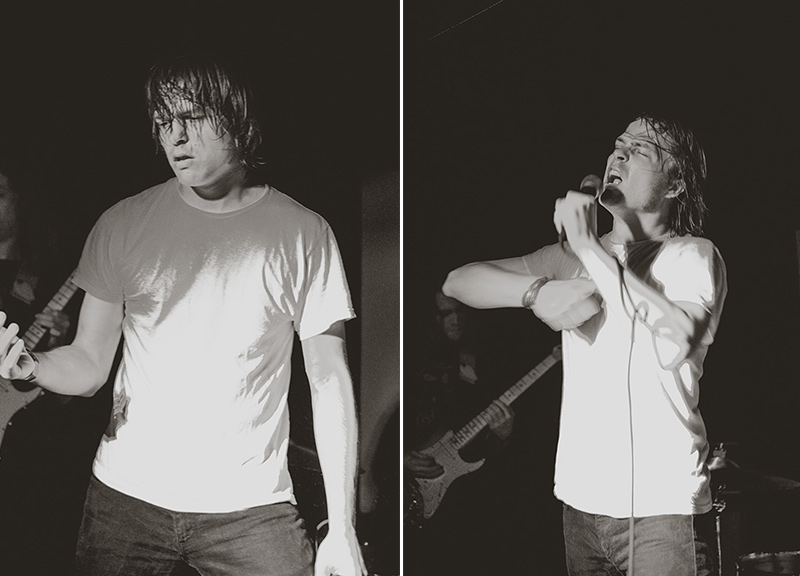 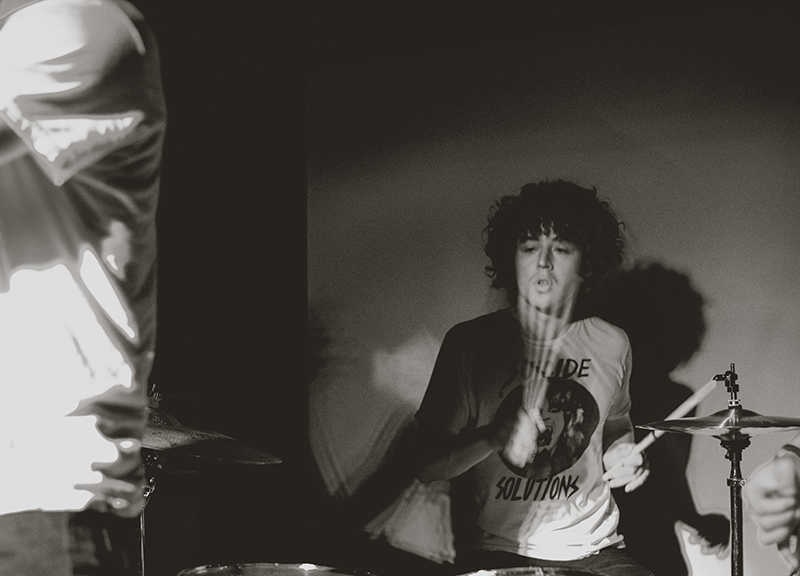 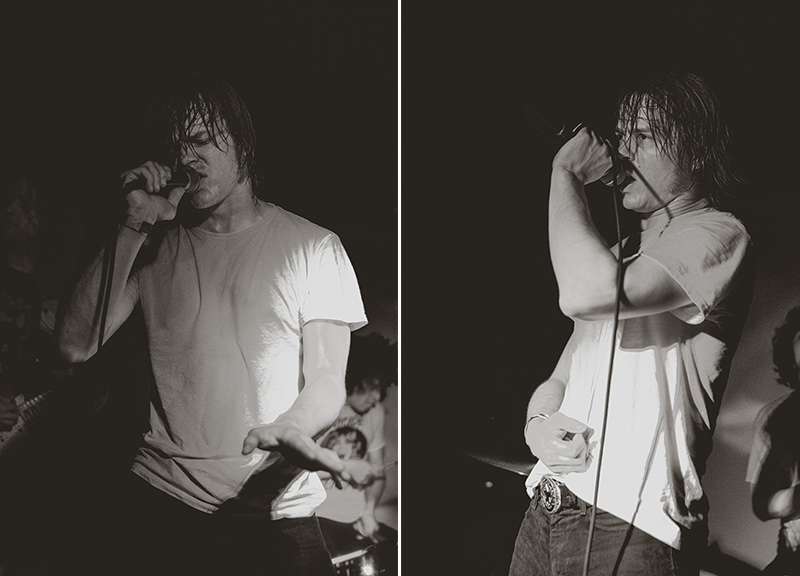 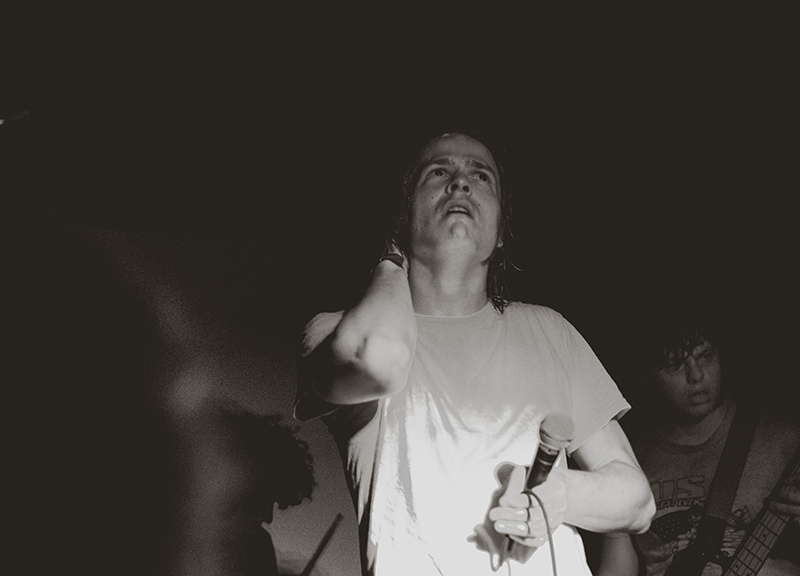 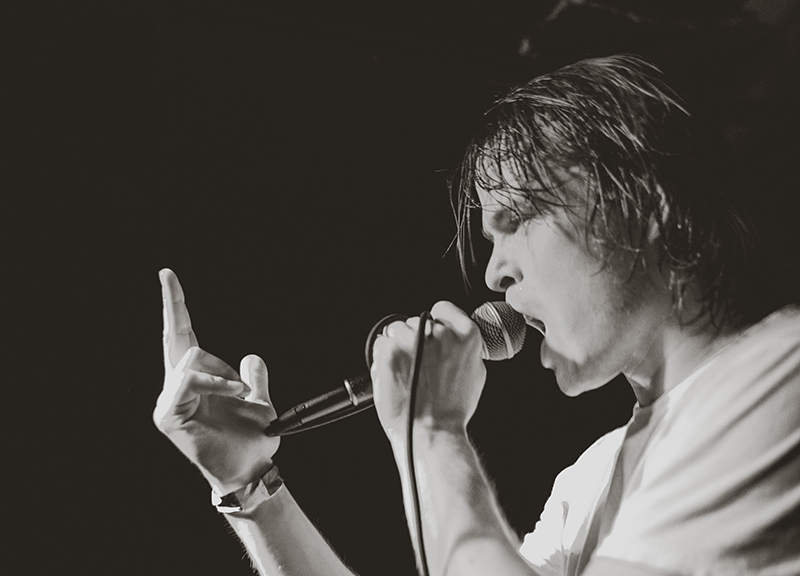 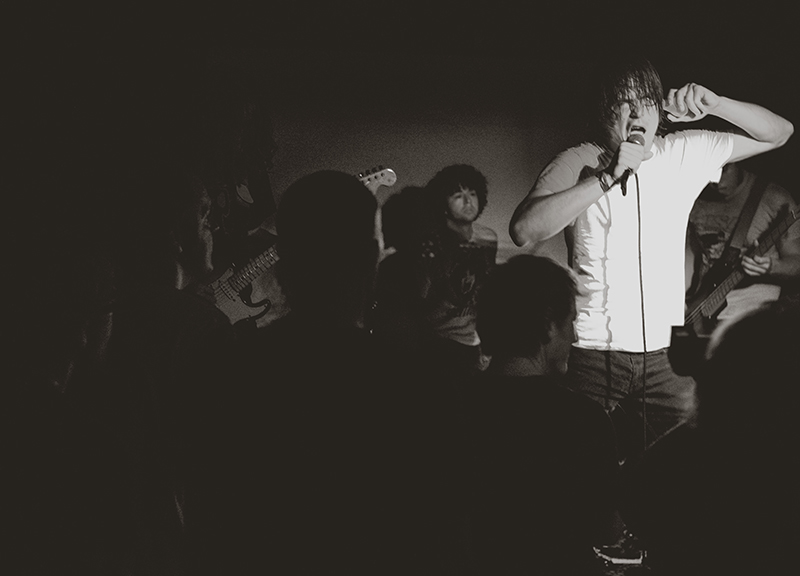