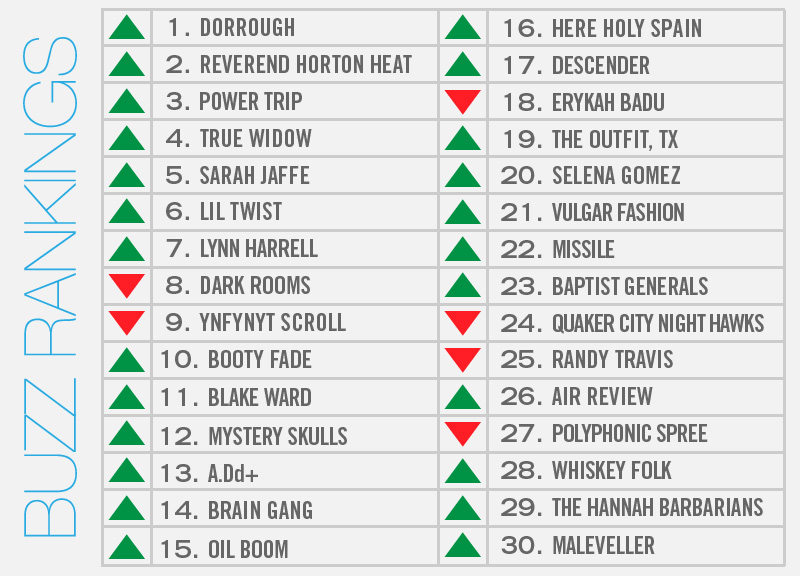 This Week, Dorrough Shut Down The Competition.

Scoring a major hit with one of your first singles can be just as big a curse for an artist as it is a blessing. Just ask someone like Dorrough.

The Lancaster native's 2009 smash “Ice Cream Paint Job” hit thrust him squarely into the national spotlight — well, for a few minutes, at least. Since then, the rapper's had a hard time matching his early successes with his subsequent releases.

Thing is, Dorrough was really young when that song blew up. All these years later, he's still just 26. And, with his May-released Shut The City Down mixtape, he's shown that his career is still a promising one. The effort has earned the rapper tons of praise from various hip-hop outlets.

More than that, though, the tape shows that Dorrough's still got plenty of pull within the industry. Shut The City Down finds Dorrough pulling in big name collaborators including Juicy J, Waka Flocka, French Montana and Chevy Woods, among others. Whether this release will be enough for Dorrough to return to national prominence remains to be seen. Regardless, the fact that he's throwing a mixtape release party this Sunday night at Prophet Bar was enough this week to land him in the top spot of this week's Buzz Rankings.

Closely falling in behind the rapper this week: True Widow, whose Relapse Records debut Circumambulation began streaming in its entirety on Pitchfork this week in all of its stone-gaze glory; Reverend Horton Heat, who has been tapped to co-present the massive Elm St Tattoo Convention that we just learned will take over Deep Ellum for three day in September; and Power Trip, whose Southern Lord Records debut received a favorable review in the Star-Telegram, earned third place in our own Best Local Albums of 2013 (So Far) list and, we learned today, just sold out of its first physical pressing from the label.

Elsewhere: Sarah Jaffe found herself among the first crop of announces for this fall's Index Fest; Blake Ward DJed our yacht rock party and got called out by D Magazine for being one of the area's best DJs; Lil Twist got himself arrested for DUI behind the wheel of pal Justin Bieber's car; and last week's buzz champ Randy Travis saw his health conditions improve.