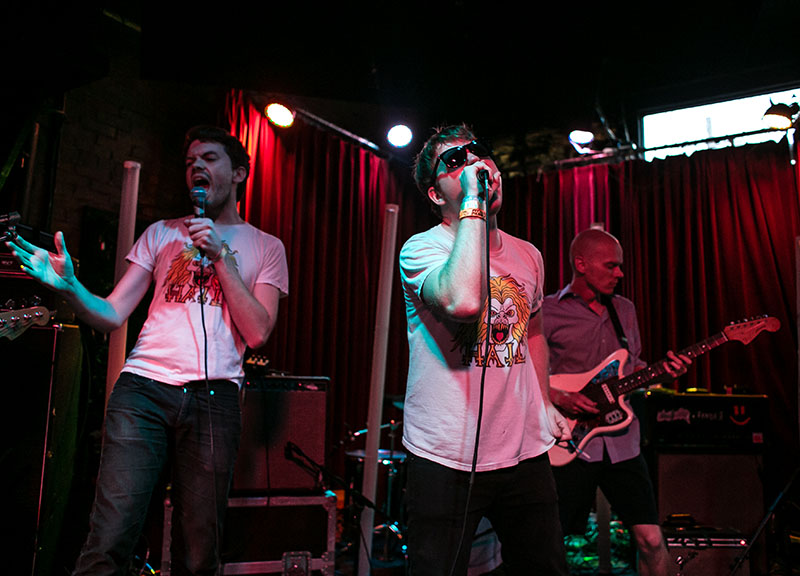 Last night's show at Club Dada was pretty much the epitome of everything and anything awesome.

Whatever you could possibly imagine, it was there in one form or another.

Yup: Chiptune indie rock outfit Anamanaguchi fully transformed the Deep Ellum venue into a realization of their endless fantasy video game world. And fans lucky enough to make it in to the sold-out show got to experience perhaps the greatest game play that today's music industry has to offer.

Level One: Entering the venue. By 8 p.m., there was a one-in, one-out line stretching halfway down Elm Street to Good-Latimer. Those with the foresight to purchase their tickets in advance could pass the line and jump straight in through the front door, though. Once inside, though the room was packed, finding a spot to stand wasn't too bad. This crowd was full of friendly fans, all too willing to to make room for others.

Level Two: Best Fwends. This unconventional Fort Worth-based “punk” band set the mood for the night rather brilliantly, immediately raising the energy in the room from the start of their set. Frequent, unexplained mic problems didn't even put a damper on their performance. Neither did the mosh riot near the front of the stage. As soon as Best Fwends wrapped up, though, a wave of new fans rushed in to fill the gaps by the front of the stage. This was the Kitty Pryde Task Force — and they were on a one-track bolt to stand in the front row for the next performer.

Level Three: Kitty Pryde. Sweet, unassuming, redheaded rapper Kitty Pryde began to lure in the audience from the moment she stepped out on stage. And though her demeanor came off as rather cute and kind, Kitty still managed to prove herself as a force to be reckoned with. People swooned over her poetic insults and chime-y, bass-infused beats. She worked the crowd well, too, using the stage as if it were her living room. As she kneeled and inched down the front of the stage, spitting rhymes to every individual who looked her in the eyes, her audience practically melted. After each song, she returned to her DJ set-up and curled up like a feline next to the mic. For her finale, she begged the audience to “bounce” along with her. Then “Orion's Belt,” her collaboration with Riff Raff, erupted from the speakers and the audience did as told. As Kitty retreated from the spotlight, her fans — both old and new — called out for more. Little did they know that the Level Boss still awaited them around the corner.

Boss Level: Anamanaguchi. Just before 10 p.m., the self-proclaimed “real-life Ninja Turtles” assembled on stage at last. And, after a muttering just a quick greeting, the group started thing off with the drop of the first beat of “Meow,” and the entire club lit up. The band's Kickstarter-funded stage set-up was everything the band had promised: There were neon flashing pillars, some clear projector cubes and even a backdrop that played eight-bit anime fractal collages of jet-skis, pizza and cat animations. In response, the audience, predictably, let out every last bit of excitement they'd been holding back: A mosh pit in the middle of the room fueled an endless train of crowd surfers, and everyone else danced in whatever way they found fitting to express their exhilaration. The whole set flew by in an insanely fun whir — but not before the band played the final cut on their Endless Fantasy album, “(T_T)b,” a song that promotes the Anamanaguchi way of positive energy and living the dream. It would've been a fitting way to end the night. Alas, there was still more to come.

Bonus Level: Encore. One last chance to for audience members — and even a neon pillar from the stage's set-up — to surf atop the rest of the crowd? Sure. Why not? It sure felt like we'd earned it. And, better yet, it felt like we'd won.

Game Over. All things must end, unfortunately. Including this show. 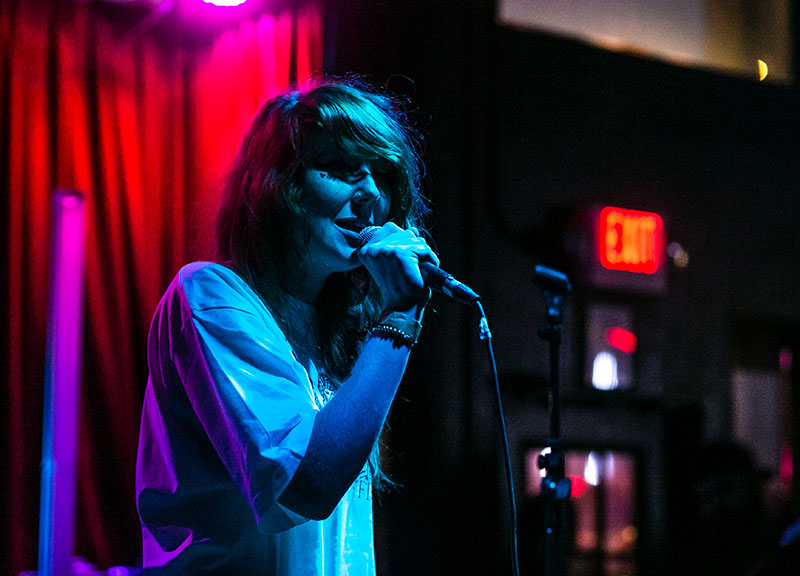 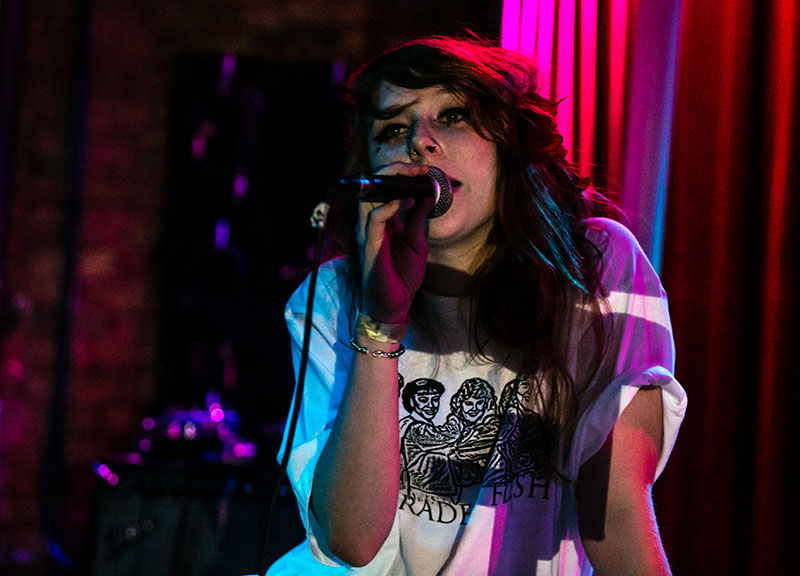 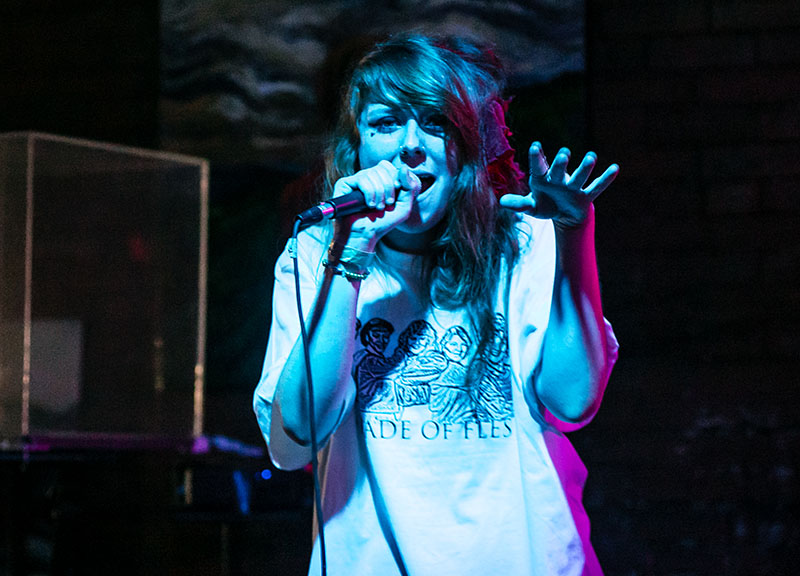 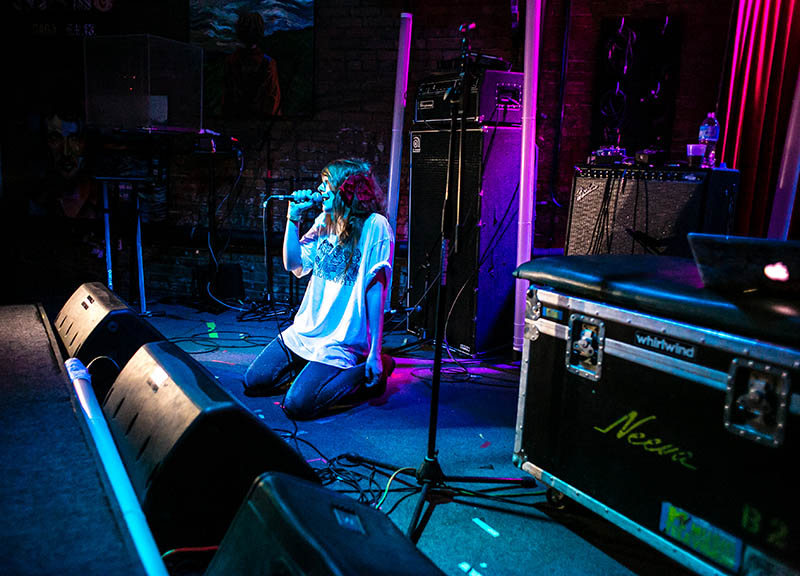 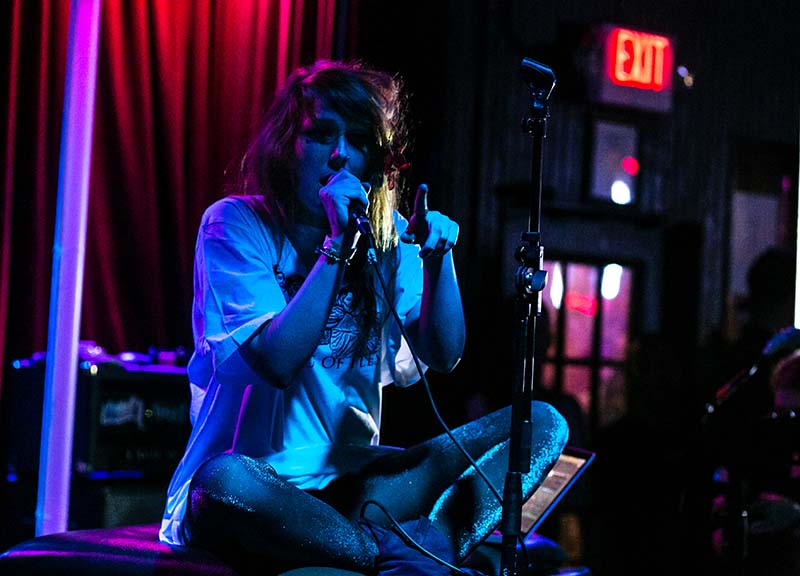 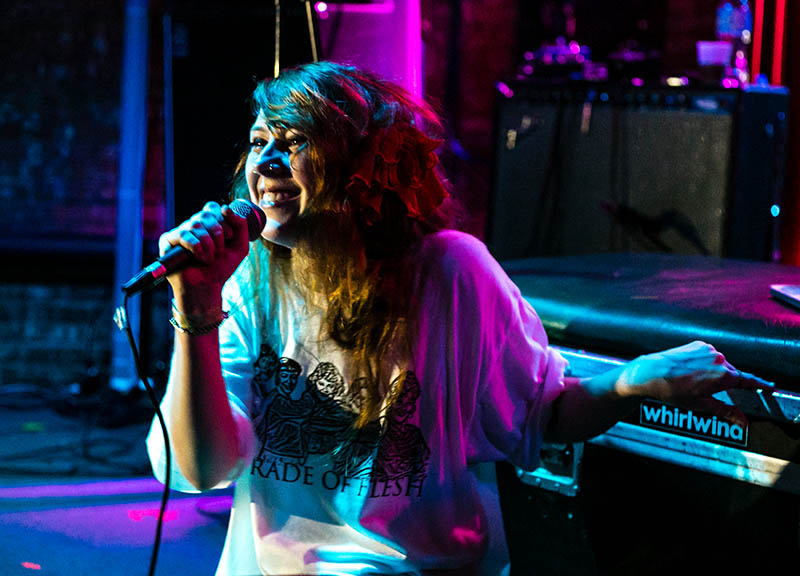 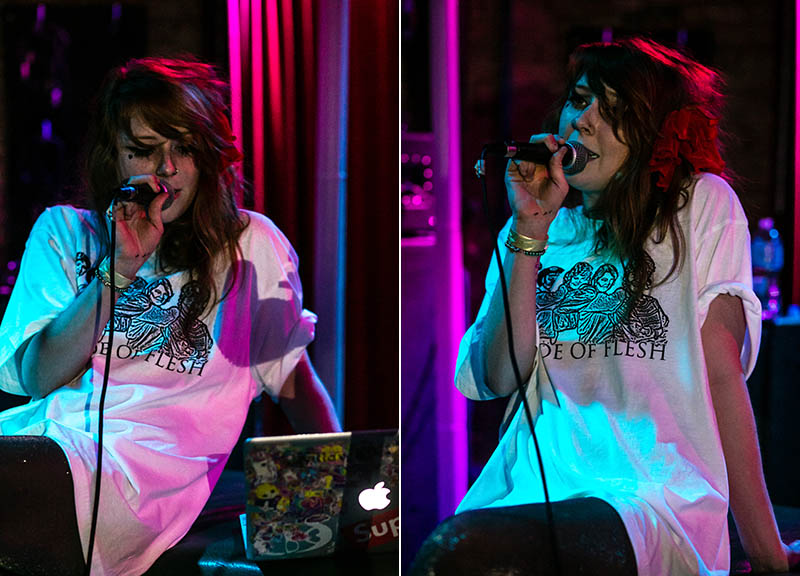 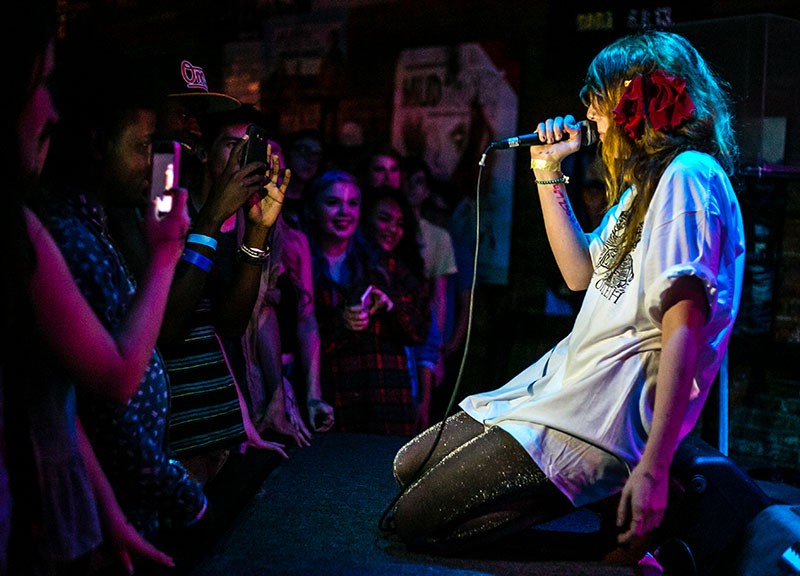 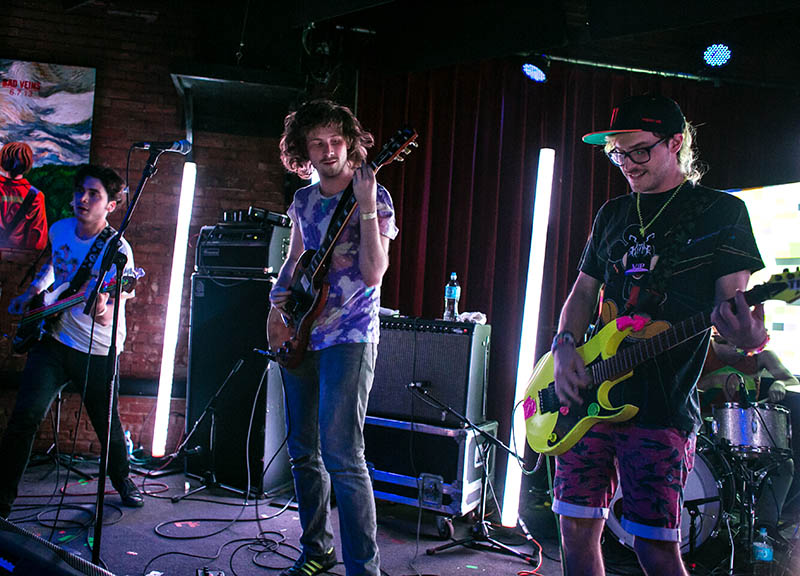 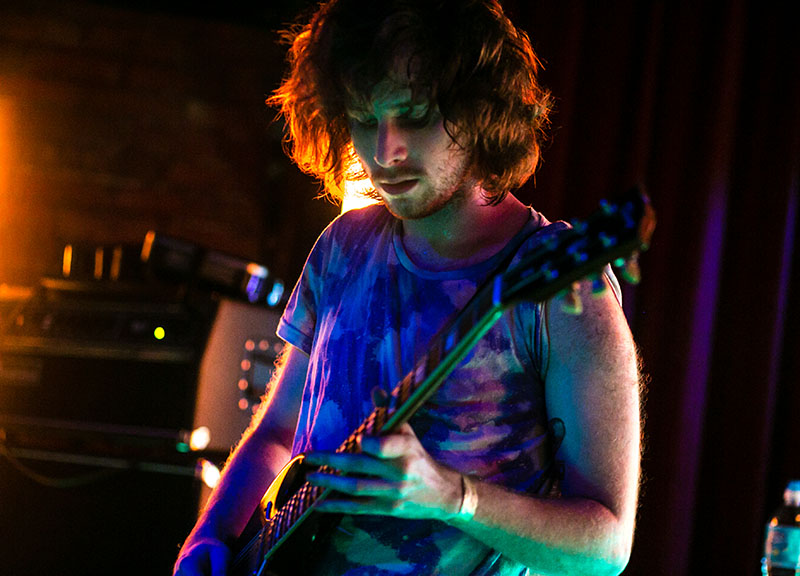 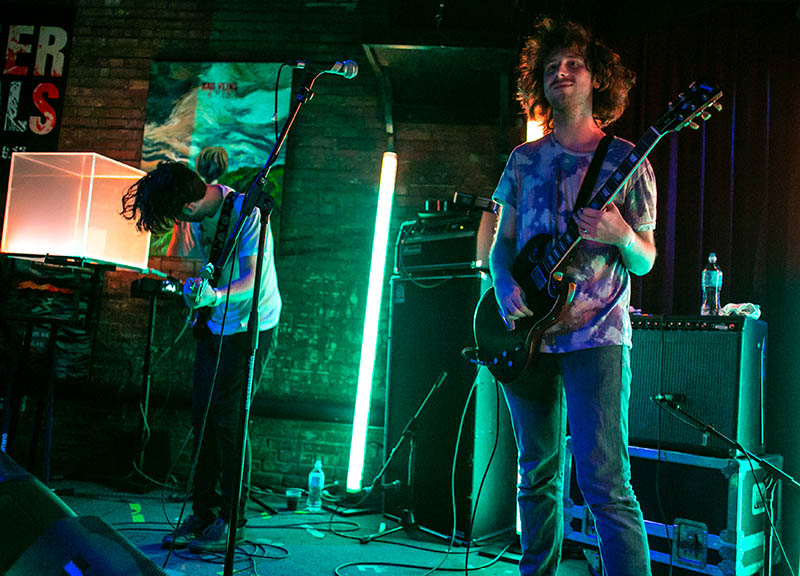 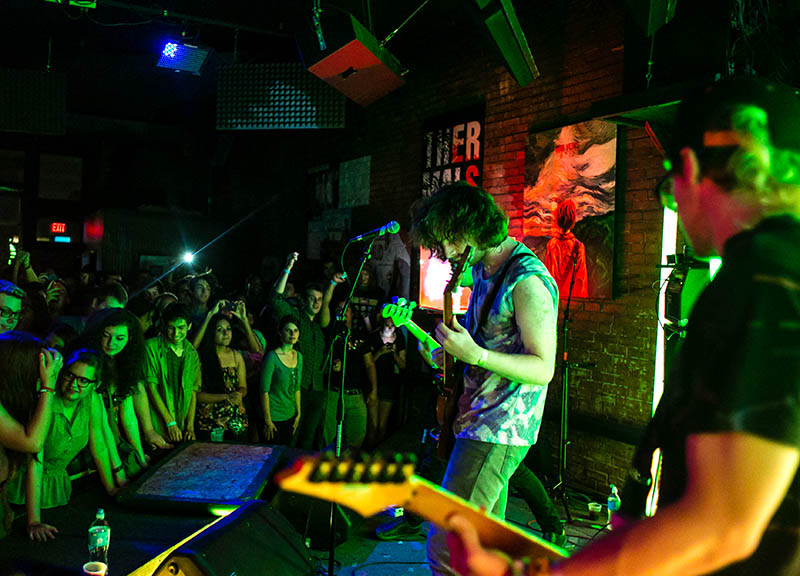 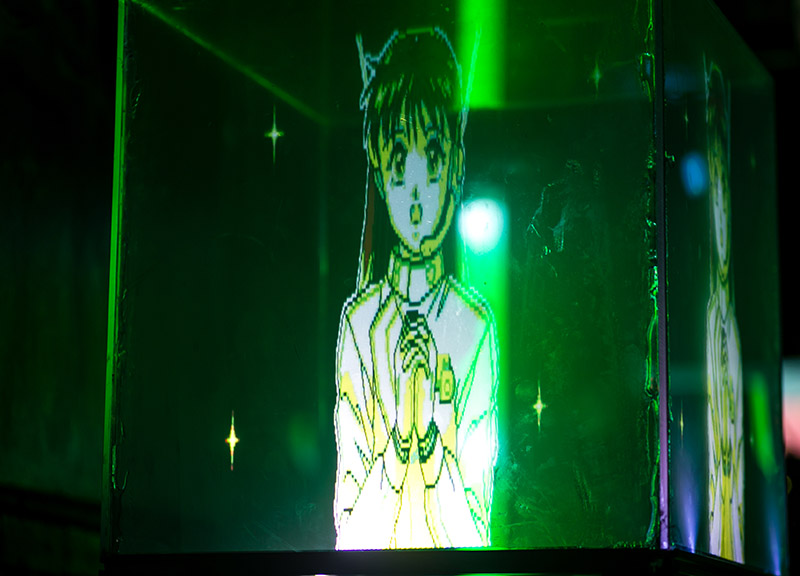 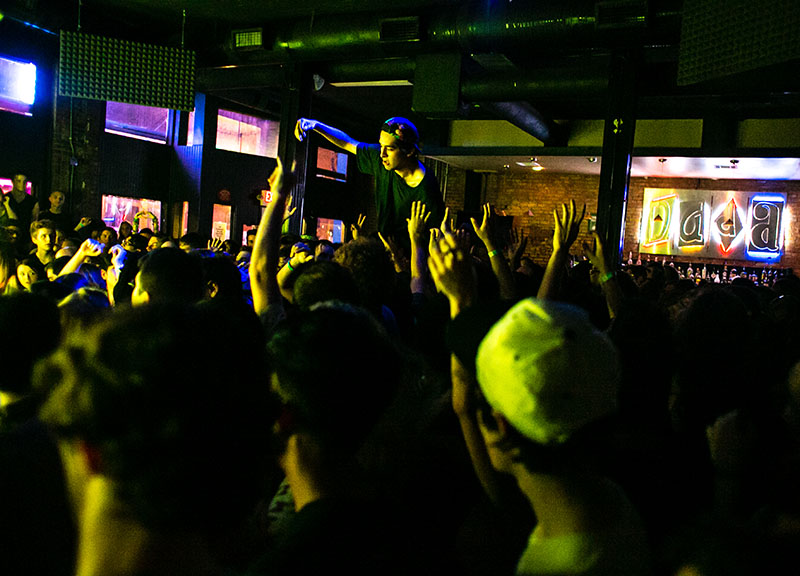 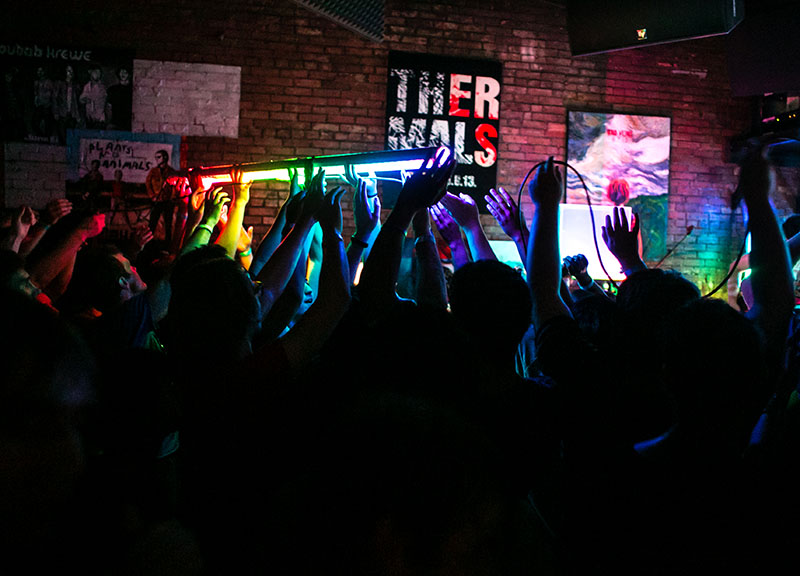 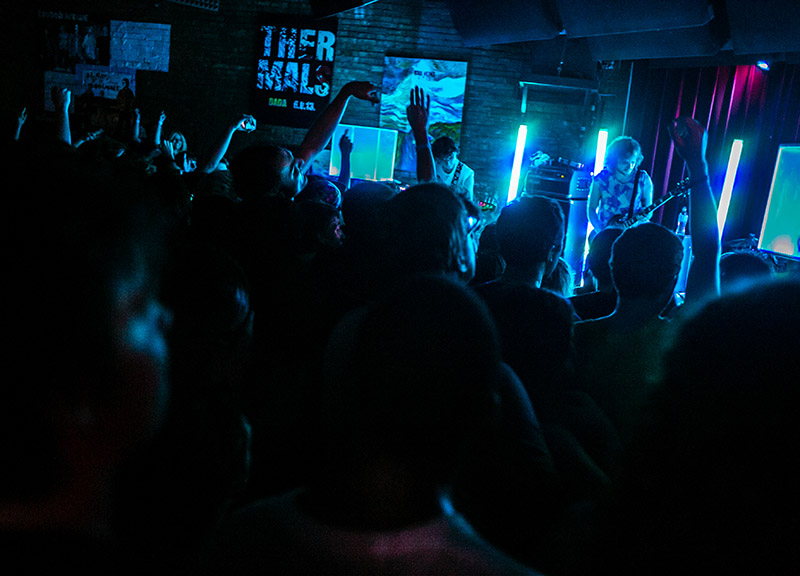 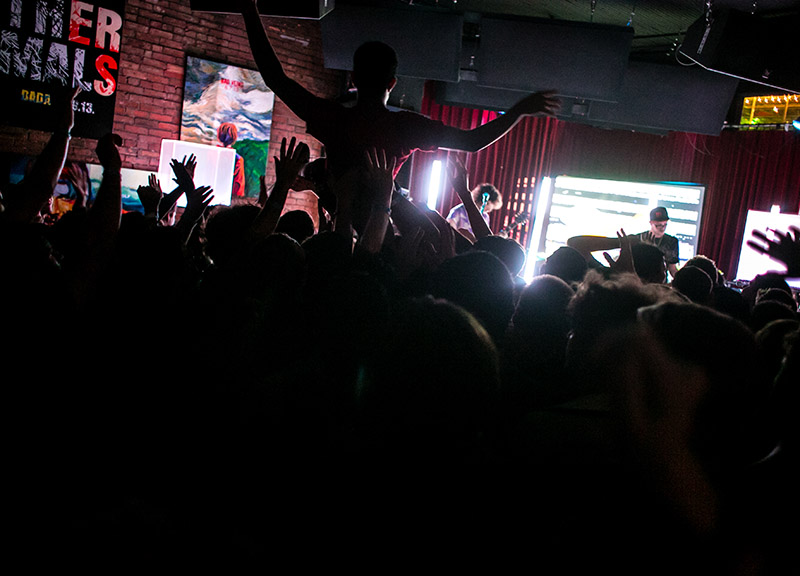 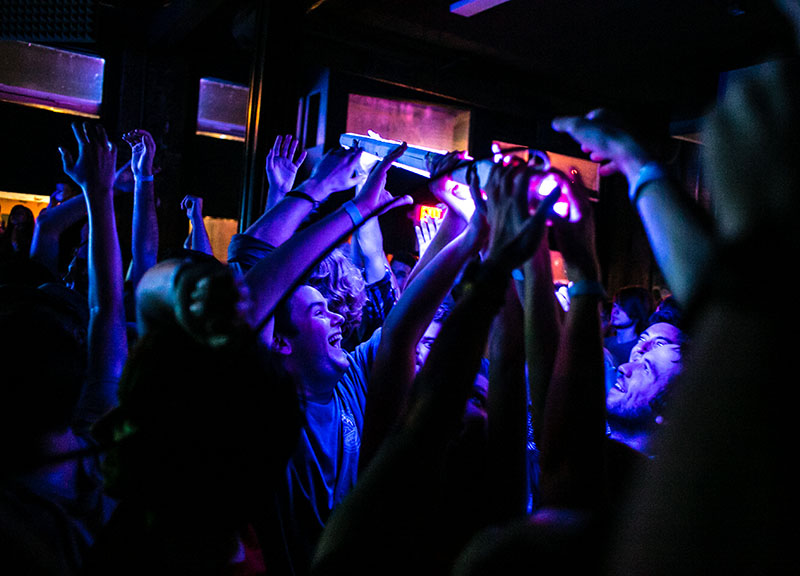