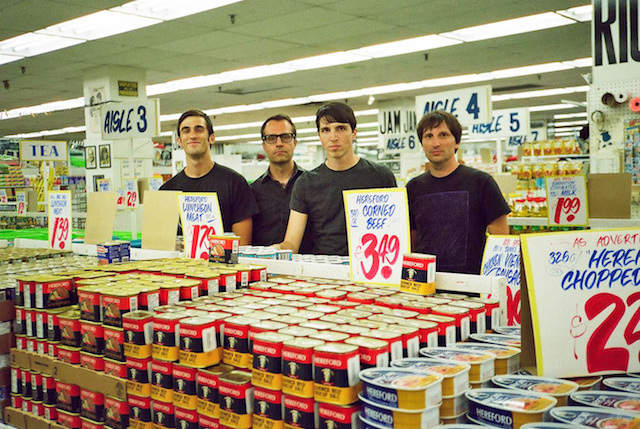 Radioactivity Fights Its Way To No. 10.

After releasing a debut LP that landed on our list of the best local albums of 2013, we wondered what the vaunted Denton punks in Radioactivity were going to do to top it. I mean, Noisey called the group's self-titled debut “so good that you want to listen to every song at the same time through two different stereos at once.” And that's not all that hyperbolic a response!

Fortunately for Mark Ryan, Jeff Burke, Daniel Fried and Greg Rutherford (different combinations of which make up the lineups of The Marked Men, Mind Spiders, Bad Sports, VIDEO, Wax Museums, The Reds and Grave City, to name a few), these guys never seem to run out of ways to keep making three-chord lo-fi rock sound fresh.

Though not quite as power-poppy as the band's self-titled debut, this year's Silent Kill was plenty catchy all the same, and full of the same endlessly churning, interweaving eighth-note guitar parts and rock-steady drumming we've come to expect from Radioactivity — and from many of its members' other projects too, if we're being honest.

Leading the pack this time around was the single “Battered,” which is borderline sugary punk perfection.

It's truly incredible just how many elements the band crams into the track's two-minute runtime — especially given that almost half of that is devoted to a long buildup. There are riffs, verses, choruses, solos, hooks and an abrupt ending, most of which is packed into a single, perfectly executed minute of music. These dudes get in, pull out every trick in the book in a calculated and workman-like manner, and then get the fuck out. No measure is wasted.

The real genius is the brevity here, which makes hitting repeat on this one about three times in any given sitting a damn near must. And really, about the only thing cooler than this song is its slick video treatment, which saw the band tapping Oscar-nominated filmmaker Keven McAlester to shoot them breaking into the old Valley Ridge Mall.

It's a simple concept, sure, but one that kind of sums up the band's entire aura. No, Radioactivity doesn't need to rely on silly frills to nonchalantly kick your fucking teeth in and leave you battered.