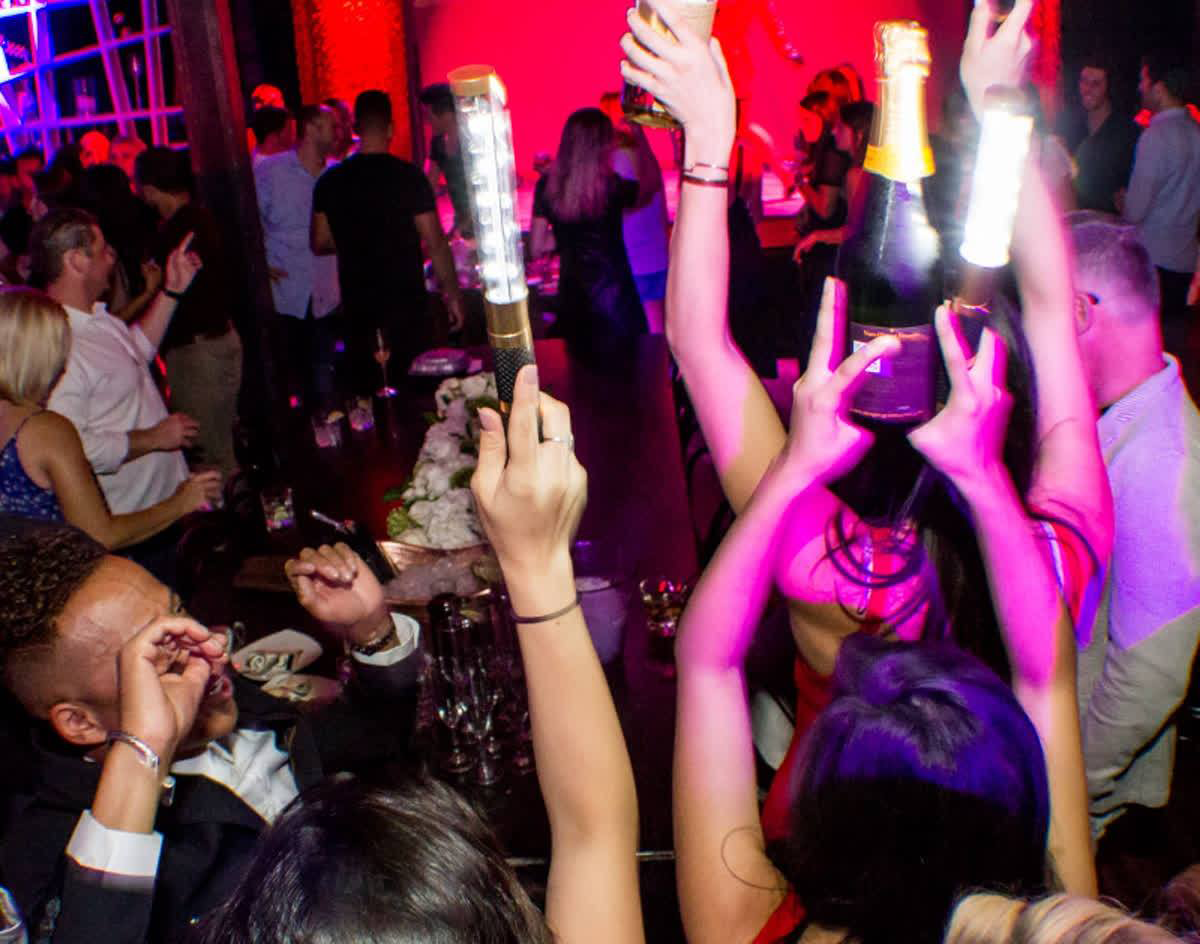 The party-meets-fine dining destination Don’t Tell Supper Club has unexpectedly shuttered. The current owner of the concept, Sagi Nidam, posted a Facebook update on Tuesday that served as an official closing notice, as well as a farewell letter to diners and employees. The letter points to problems with “a particular ex-employee,” more specifically difficulties securing a new lease, despite consistent growth since its 2017 inception. With no definitive reason for the closing, we’ve reached out for further comment on the matter, and will update as the story unfolds.

Meanwhile, three years after its devastating departure from the Dallas dining scene, Luscher’s Post Oak Red Hots is returning to Deep Ellum, courtesy of the folks at Izkina. The hostel restaurant is now permanently on its menu, with the blessing of chef Brian Luscher, SideDish notes. The infamous Chicago dogs will be available for $7 a piece, bringing hope back to the hot dog deprived neighborhood.

On a more exclusive note, DFW Chipotles have been chosen to test out queso blanco. The metroplex joins San Diego and Detroit in the limited roll out. The white queso is made with Monterey Jack and white cheddar cheeses, chipotle peppers, serranos and poblanos. Not to mention, it’s made with all natural ingredients and no preservatives. If the chain’s queso blanco is successful, it will be launched nationally, but you can find it at 19 select area stores in the meantime.

Over in East Dallas, Zaap Kitchen Lao & Thai Street Eats is setting up a second location. The new outpost will be at the corner of Buckner Boulevard and Garland Road in Casa Linda. Diners can expect the same Laotian specialties as the Greenville Avenue original, with a fast casual model prime for the area. Construction on the space is currently underway, with an opening slated for later this year.

Out in Uptown, Pressed Juicery is opening its first Dallas outpost. Located at 2222 McKinney Ave., Ste. 230, the juice spot offers a wide selection of plant-based, gluten-free and dairy-free products, from cold pressed juices to desserts and other on-trend snacks. A grand opening celebration will be held on Thursday, August 15 with a Southlake location slated to follow in September.

In other opening news, a New York bagel shop is taking shape in the former Lover’s Egg Roll space GuideLive reports. Shug’s Bagels is the brainchild of SMU grad Justin Shugrue, a New York native wanting to bring the Northeastern staple to the kolache-obsessed south. Shug’s will also serve breakfast sandwiches, coffee and other grab-and-go drinks complete with a lounge-like atmosphere for people to hangout. Look for an opening in early 2020, if not the end of this year.

On a closing note, Oak Cliff stalwart Mesa is closing its doors. The popular Mexican eatery — which can boast Beyonze and Jay-Z as fans — announced its final days of operation this past Monday, after eight years of operation, Eater notes. Diners can enjoy their last taste of Mesa dishes this weekend, with final services on August 16 and 17.

On the sweeter side of things, CultureMap notes a new pop-up stand called Oppa Treats is serving up mochi muffins at the Dallas Farmers Market. The moist, yet gluten free concoctions are available in flavors like churro, créme brûlée, banana nut, ube, pandan (a floral flavor similar to almond or vanilla) and sesame. Muffins are snack-sized and run $2 each or two for $3.50. Check out the treats on Saturdays at the Chelle’s Macarons space.

In craft beer news, Lakewood Brewing Co. is bringing back its Peanut Butter Temptress. The brew will run in four packs of 12-ounce bottles as well as on tap, with a roll out planned for this week.

And finally, a newcomer called Longhorn Icehouse will install a wall of kegs as part of its line up, Eater reports. The sports bar, located at 1901 W. Northwest Hwy near Irving, will have a vast selection of kegs as a focal point of its beer-focused concept, alongside bar bites, arcade games and live entertainment. An opening is slated for October.